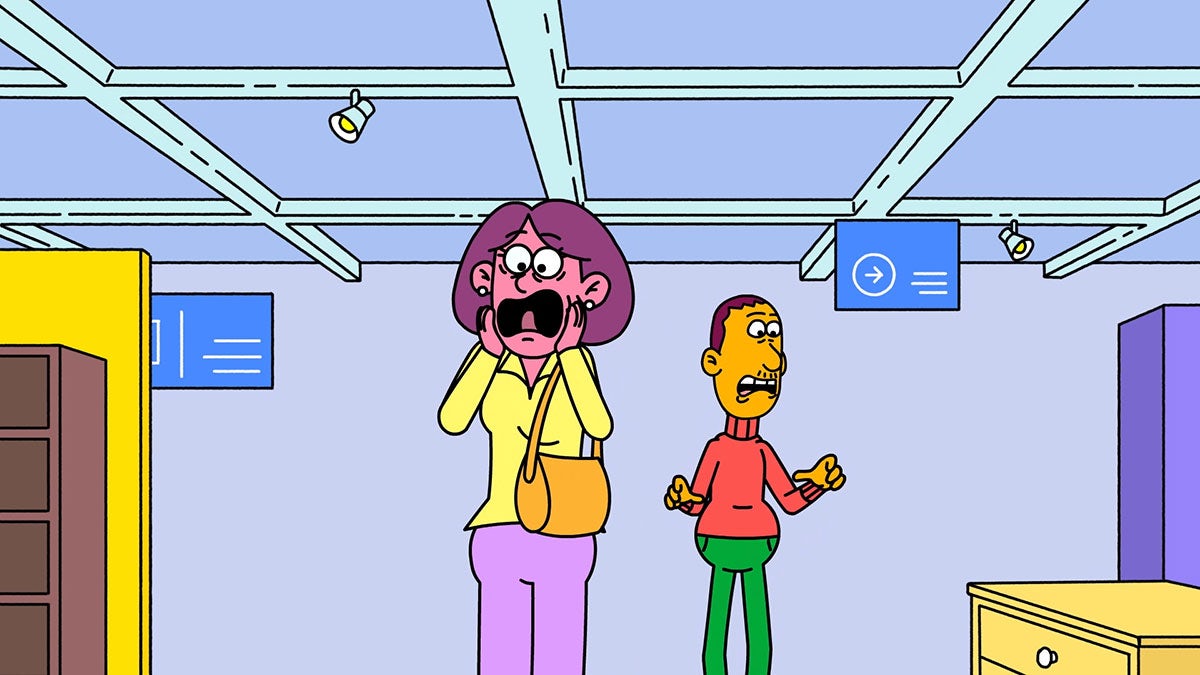 Ad agency Mother has teamed up with animation duo the Layzell Bros on four short films for Ikea’s new social campaign, We Love the Things You Hate.

The humorous, sharp-witted animations bring to life the trials and tribulations of shopping in Ikea stores. From the screams of parents losing control of their children, to the tantrum-inducing car park traffic jams and, once you’re finally home, the agonising realisation that you actually have to assemble the furniture yourself.

Shopping can be a nightmare – arguably particularly at Ikea, though the brand is self-aware enough to have come up with some solutions. Using the Layzell Bros’ trademark bold, sharp colours and simple shaped figures, the films demonstrate how the retailer is able to save the day because it ‘loves the things you hate’.

Rather than facing the agony of self-assembling, for instance, an Ikea engineer can arrive at your home, dance through a shower of nuts and bolts and build your furniture for you. And you no longer need to sit in a car park traffic jam; a home delivery van can deliver to your front door instead.

This year, sustainability has been at the forefront of much of Ikea’s UK marketing with the opening of its new Greenwich store, which the company says is it’s most sustainable yet in the UK.

This new campaign may not be socio-political, or an advocation for environmental change, but the animations get to the core of some customers’ complaints about shopping at Ikea using a touch of entertaining, light comedy.