Climate change is a subject that resonates particularly passionately with the young, and with its new campaign, green energy company Ørsted hopes to reach an especially young audience, via its picture book Is This My Home?

The book features a text telling the story of a little girl who in searching for her ‘home’ discovers how the world is interconnected and needs to be cared for and protected. As it is aimed at 5-8 year olds, the story particularly comes to life via its bright and striking illustrations, which are created by artist Yeji Yun.

“Whilst developing the campaign we felt a need to create something that would help children connect to Ørsted’s critically important message,” says Wieden + Kennedy Amsterdam Creative Director Joe Burrin. “Something that would explain the duality of home being not just a house, but the entire planet we all share with each other. From the outset we thought this should be in the form of a children’s story. A book of value and longevity, moving beyond the company’s mission. We felt it was important to allow the storytelling to take the lead, and this non-traditional and unbranded approach is a true testament to Ørsted’s commitment to its mission.

“I became aware of Yeji’s work via her illustrated story On The Rocks. The playful humour she injected into this piece was exactly what we were looking for – something to lighten up a serious message.” 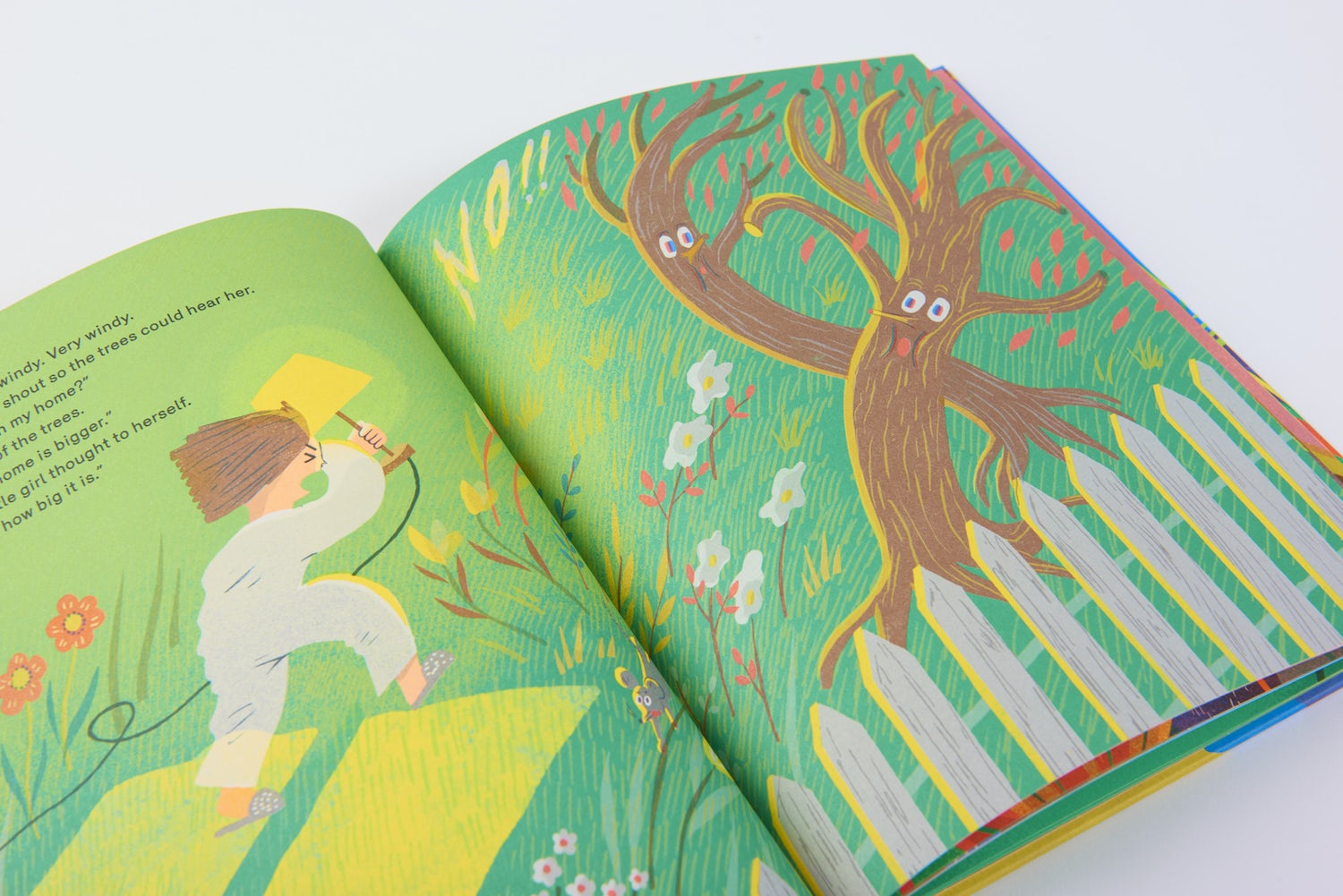 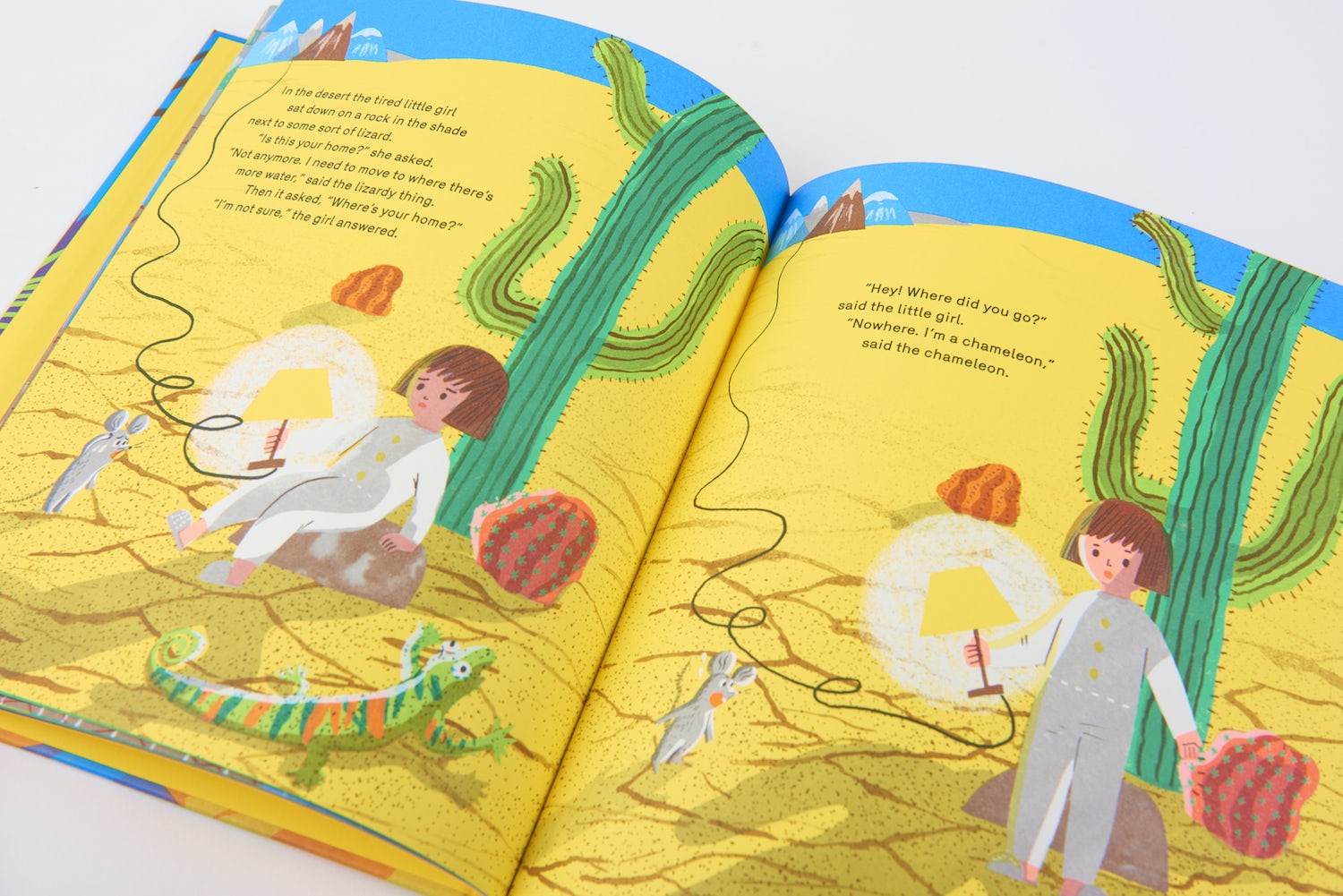 The project was an unusual one for Yun. “It’s not often you get asked to produce a children’s picture book for an advertising commission,” she says. “Plus, I didn’t need to show the brand through the book directly so it didn’t really feel like I was working on a branded piece, even though it’s part of big campaign. It was one of the longest advertising projects I’ve ever done, taking almost a year in total until it was finished.”

While Yun was restricted in some ways by the message of the book, she was given freedom regarding its colours. “I was free to experiment with the composition, but the main drawings and some details had to be added or subtracted dependent on the client’s feedback,” she says. “For example, I wanted to draw something else other than mosquitoes in the jungle scene, but apparently mosquitoes are an essential character to emphasise global warming so in the end I did include these.

“I had complete freedom in choosing the colours. At the beginning, I suggested making this book by spot colour printing. For that I needed to have six spot colours at least … that was a fun challenge and even though it took a lot of time to make each spot colour layer when I drew, I’m happy with the result!” 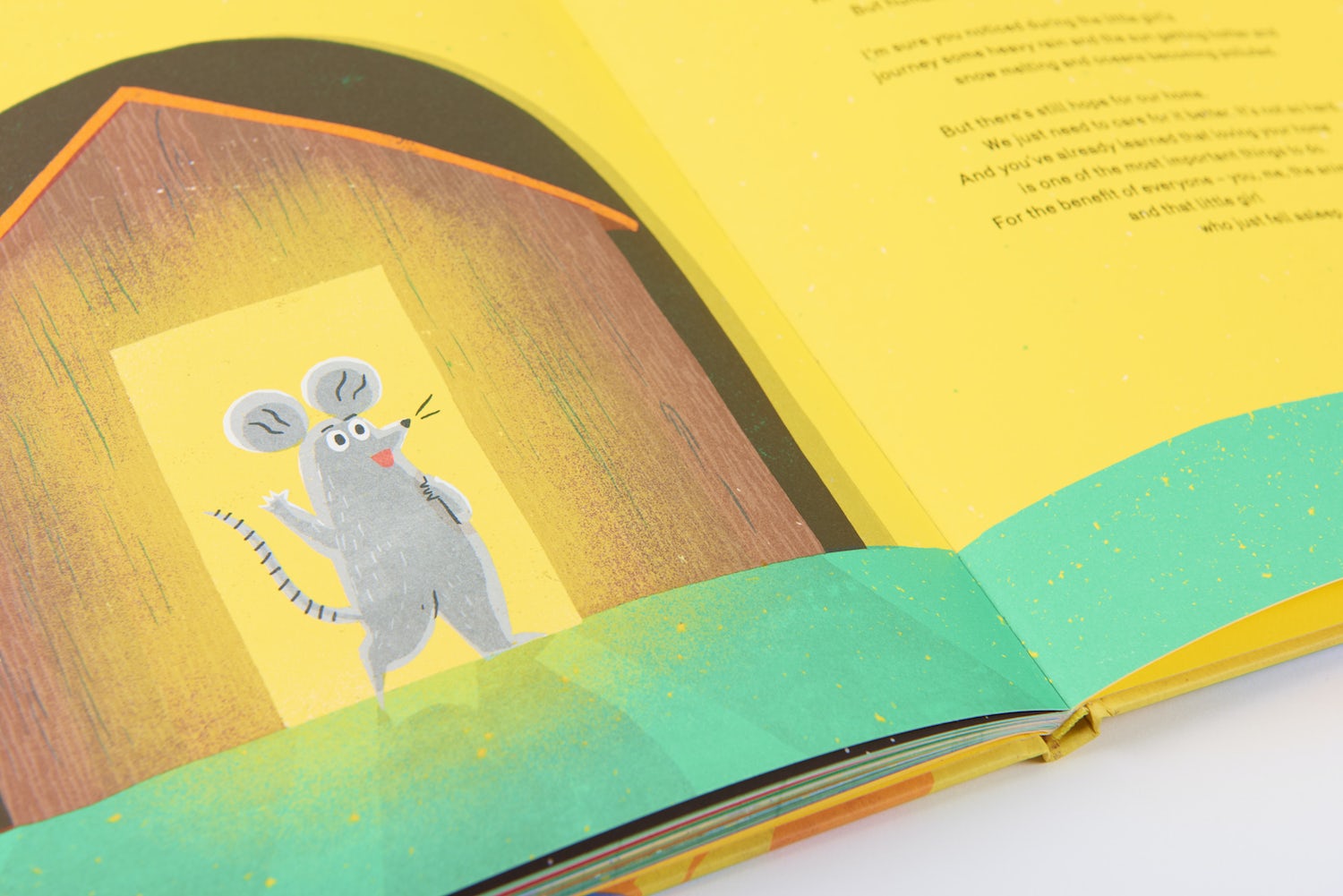 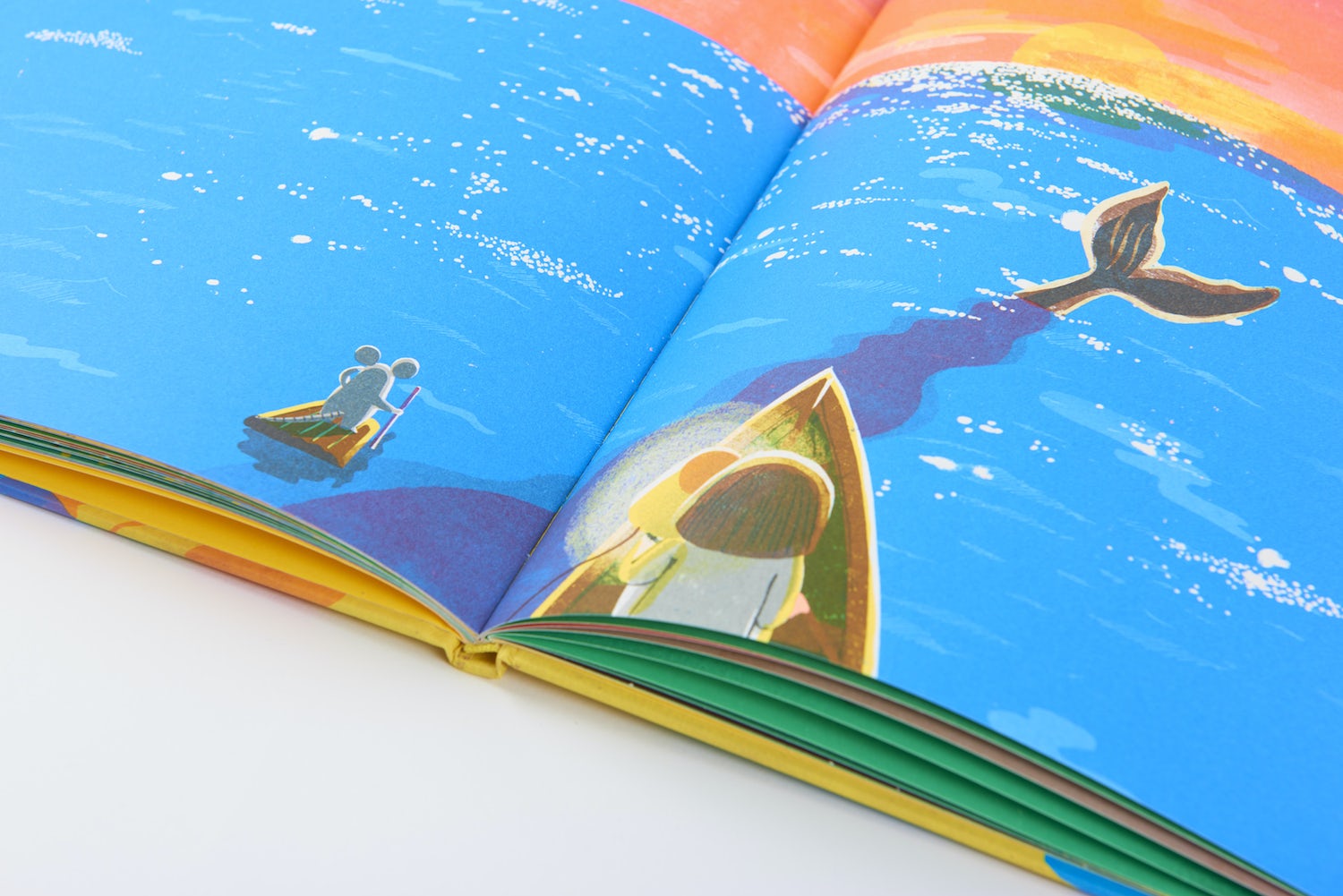 Of her process, Yun comments: “I roughly sketch many ideas to decide a first composition. I draw shapes and lines by hand and scan them into Photoshop, and then collage them in hundreds of layers to make a finished illustration. When I work with images for spot colour printing, the number of layers are increasingly big as I make each colour separate from each other during the process already. It’s quite labor intensive work but the result is always overwhelmingly bright and vibrant.”

Is This My Home? is available to download for free at orsted.com/book