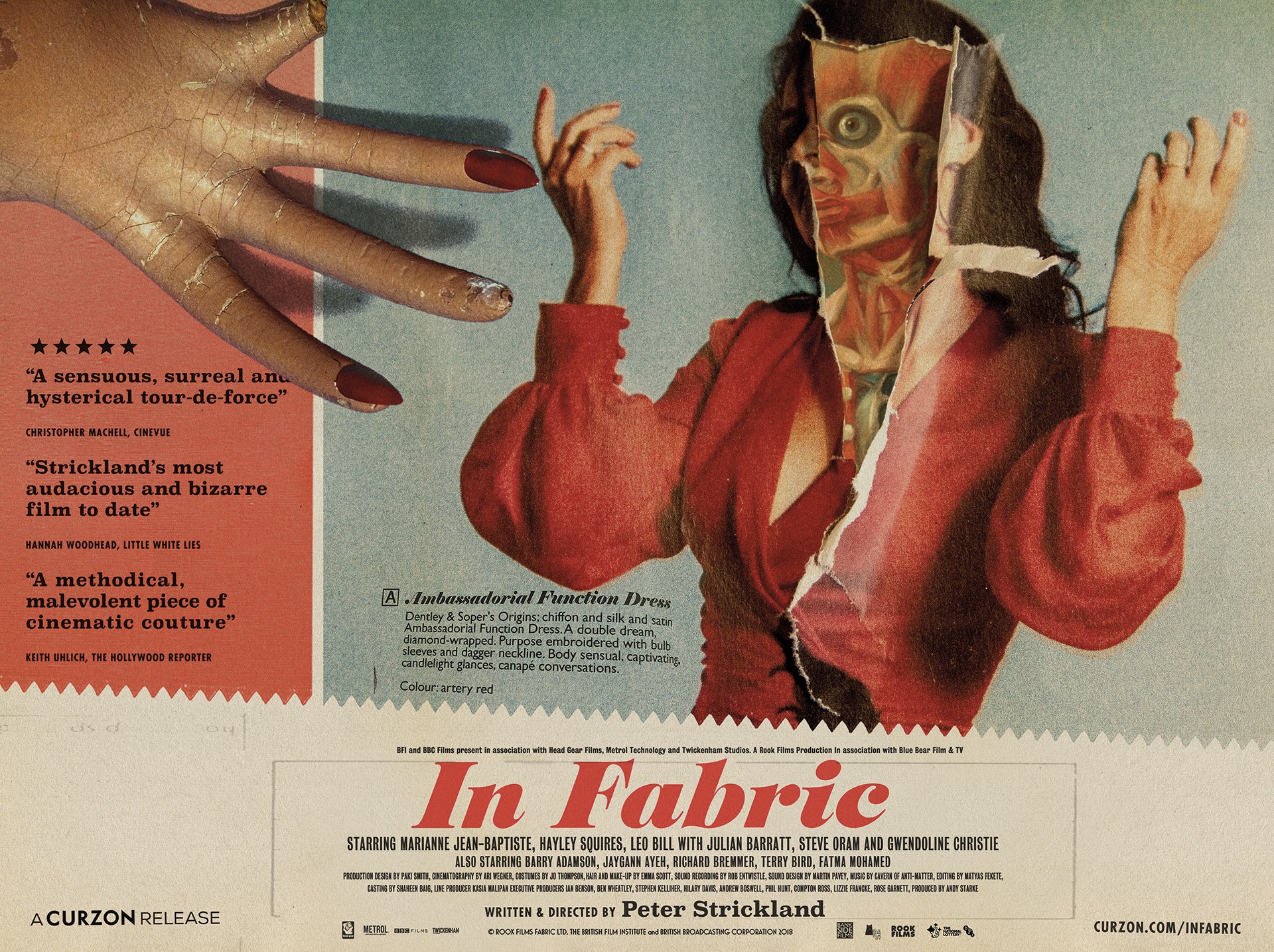 Fabric, directed by Peter Strickland, is a darkly funny film about a cursed red dress that wreaks havoc on its unsuspecting owners. Intro created the film’s title sequence and in-film montages, and also designed the posters for its Q&A tour and theatrical release.

The poster design references the department store catalogue that features in the film, which is shown disintegrating to reveal macabre imagery beneath.