Author Heike Faller interviewed people of different backgrounds, ages and experiences for the book, asking them one simple question: what did you learn in life?

“I talked to elementary school kids and 90 year-olds; men and women who are much respected in our society as well as those who have lost their status,” writes Faller in the book. “I sat with the former director of an East German company (Kombinat) in his garden in a village behind the high-rise buildings of Marzahn, a neighbourhood in Berlin, and with a Syrian refugee family on the concrete floor of their basement apartment in Istanbul.” 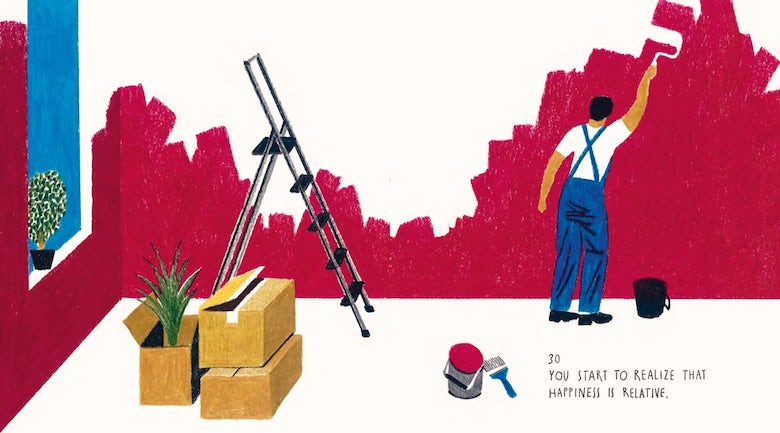 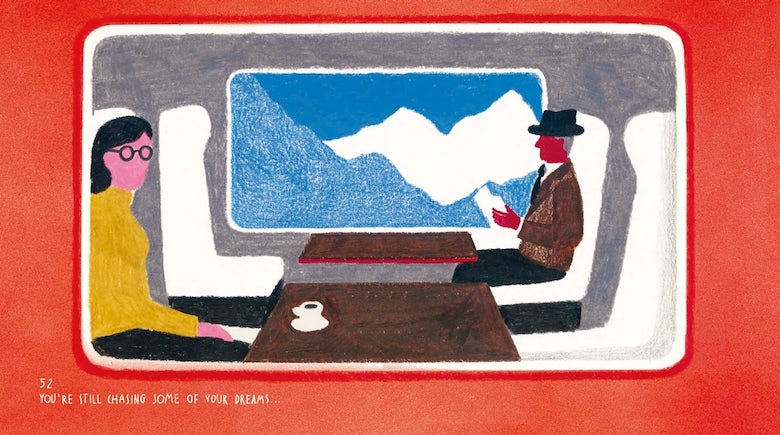 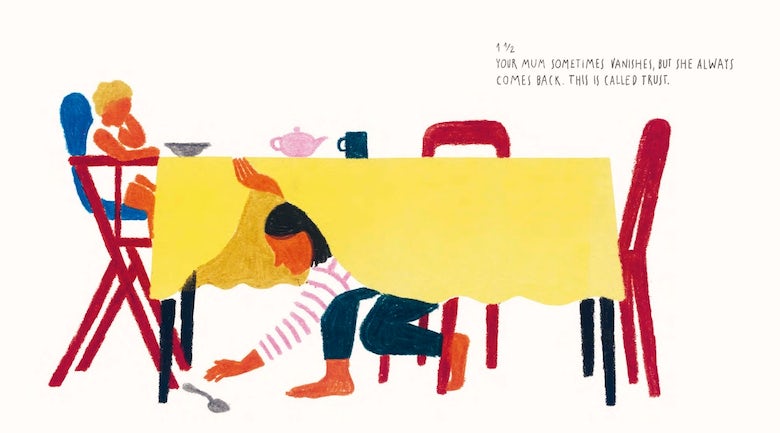 Faller’s interviews revealed some moving truths about life, with those that had suffered hardship expressing surprise at their own strength, as well as observations that life has beauty even during challenging times. She also notes that interviewees that had gone through difficulties were more easily satisfied than people who’d experienced a less challenging path.

In Hundred, Faller reflects on these thoughts with a narrative that begins at a very young age, exploring some of the basic, pivotal discoveries we make, and moves chronologically through the years. It makes for some endearing moments, such as falling in love at 17, or realising, at 30, that happiness is relative. Faller also incorporates some of the stories she’s heard from people in their latter years – for example the teacher that finally found a partner that suited her, at 74.

It’s the book’s mix of playfulness and poignancy that makes it compelling, and even though some of the statements feel time-worn, Vidali’s illustrations cast them in a new light.

Hundred – What You Learn in a Lifetime is published by Penguin, priced £17.99