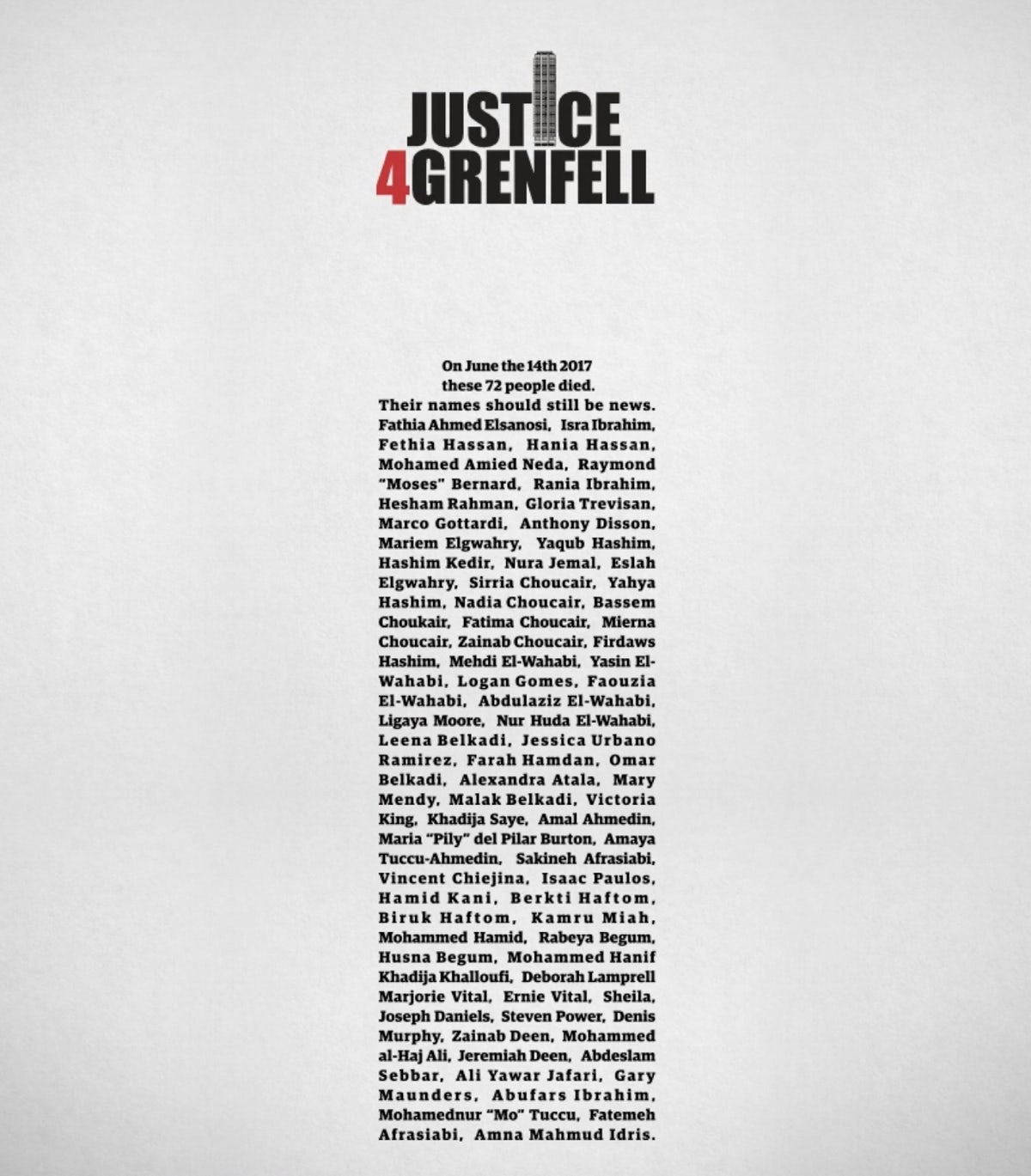 June 14 marks the third anniversary of the blaze, which was the result of the building’s substandard cladding – a 2017 report confirmed that it failed to comply with building regulations.

Despite three years passing, questions around culpability remain but, according to Justice4Grenfell – which was set up to remember the victims and hold the authorities to account – the story is falling out of the news cycle.

Together with ad agency BBH, the organisation has launched a campaign to mark Grenfell’s third anniversary, and keep the tragedy in the public consciousness. On June 14, papers across the UK are donating an inch of column space, which calls attention to every one of the 72 people that died in the fire.

Justice4Grenfell is also encouraging people to mark the event via social media, by sharing a message to remember the 72 as well as an animation created by BBH – a simple yet powerful film that emphasises the power of the press, as well as the scale of the disaster.