If you happened to be passing through Peckham in South London over the weekend, you may have noticed a new shop front on its high street. While a new convenience store opening isn’t normally a very remarkable event, the contents of this shop are on the more unusual side. Promising the ‘worst deals in Europe’ for Black Friday, Costupper offers punters everything from Tomato Botchup to Vanishing Economy bleach at extortionate prices.

The inconvenience store pop-up is in fact the latest stunt from Anti-Brexit campaign group People’s Vote, which is campaigning for the public to have a final vote on the deal that Theresa May’s government has negotiated for the UK leaving the European Union.

Costupper brings some of the organisation’s key concerns around the deal, such as claims that rising inflation which has already cost the average worker almost one week’s wages, according to a study by the London School of Economics. Here, People’s Vote Marketing Director Sarah Baumann explains the creative process behind the stunt and why, according to her, Brexit would be the worst Black Friday deal going. 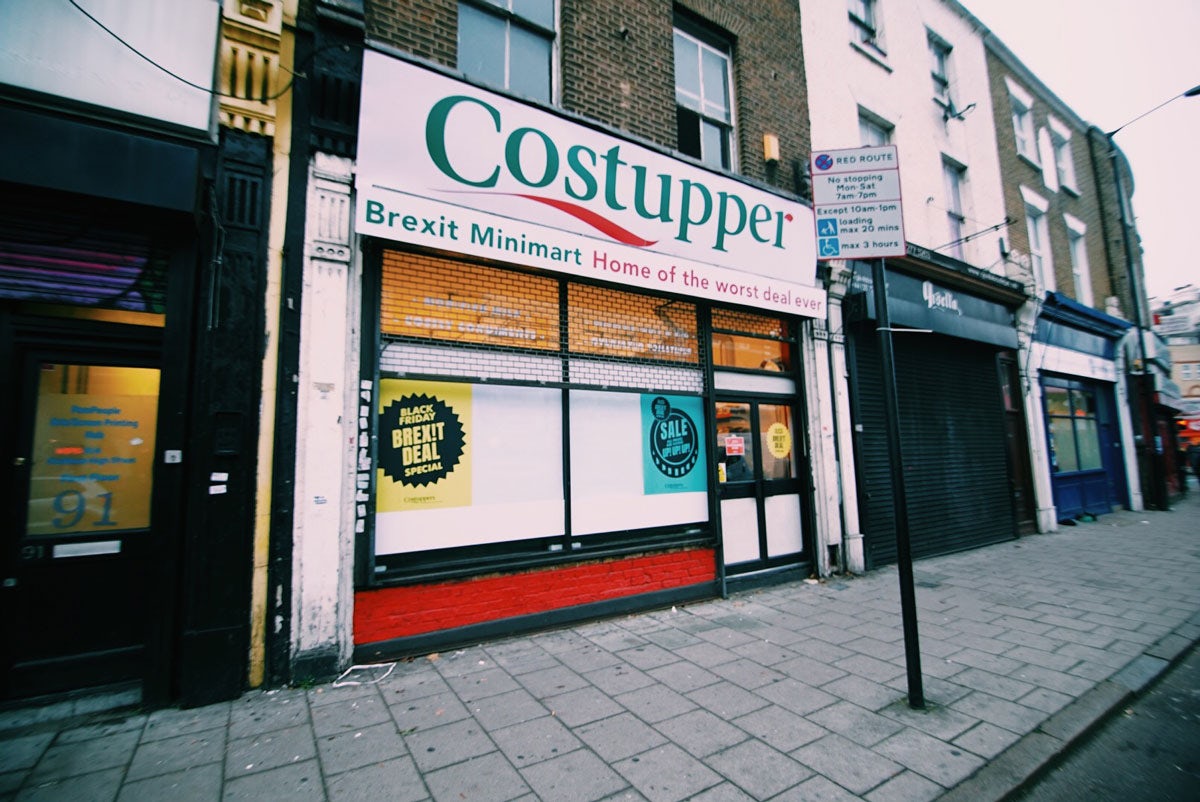 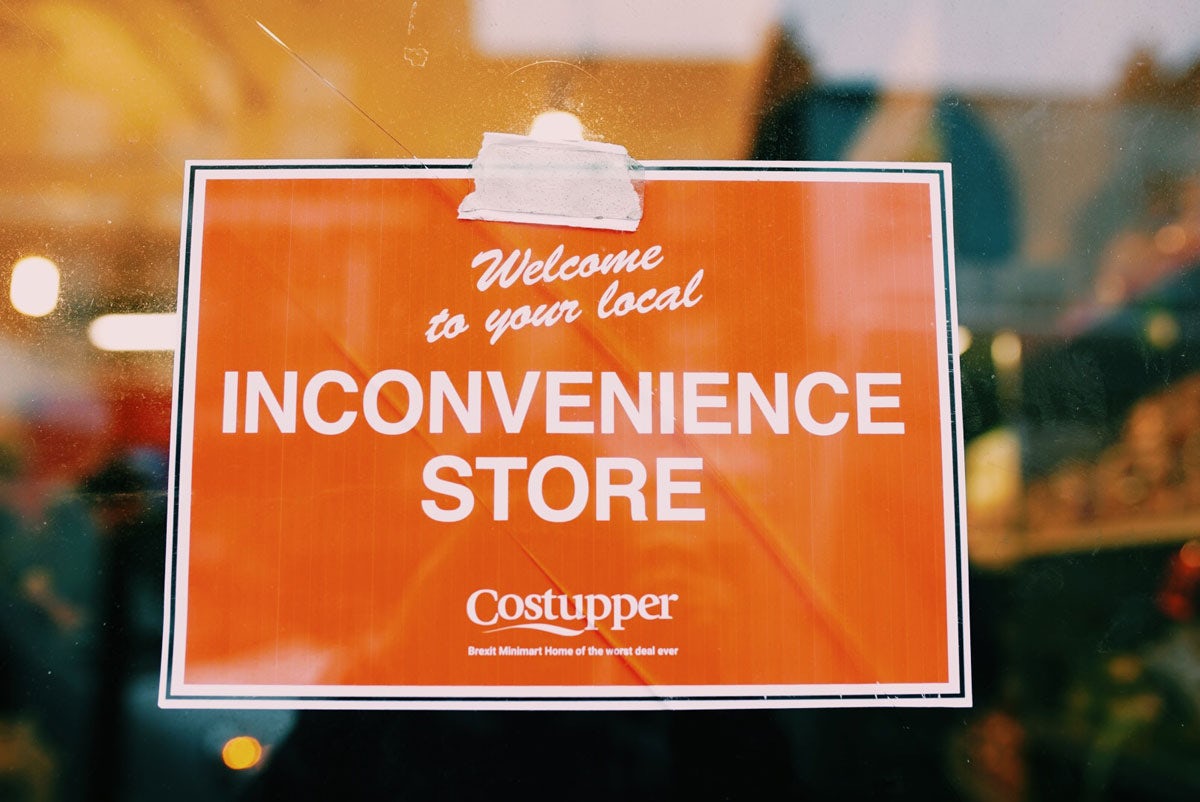 CR: How did you come up with the idea for the Costupper pop-up shop?
SB: We originally came up with the idea of treating the Brexit deal like a Black Friday deal. One of the biggest challenges with Brexit as a whole is that the detail is really complex, and it often feels like you need to be an expert who follows it 24/7 to understand what a backstop is, the terms of the transition agreements, the ins and outs of customs unions etc. The detail of it all, plus the political in-fighting, is a turn-off. Yet, we have a deal that is going to fundamentally change the lives of every single person in the UK.

So we needed to think of a way to talk about the deal in a way that people would get and would want to engage with it. In terms of turning this from an ad campaign into a pop-up shop, we are a campaign that is all about action and inclusivity. We have 170 campaigning groups across the country and we put our efforts into rallies and marches. So in working out how to get our messaging out in the best way, on an extremely limited budget, we wanted to create something people would relate to, that would get their attention and stood out from the usual reporting of the deal. 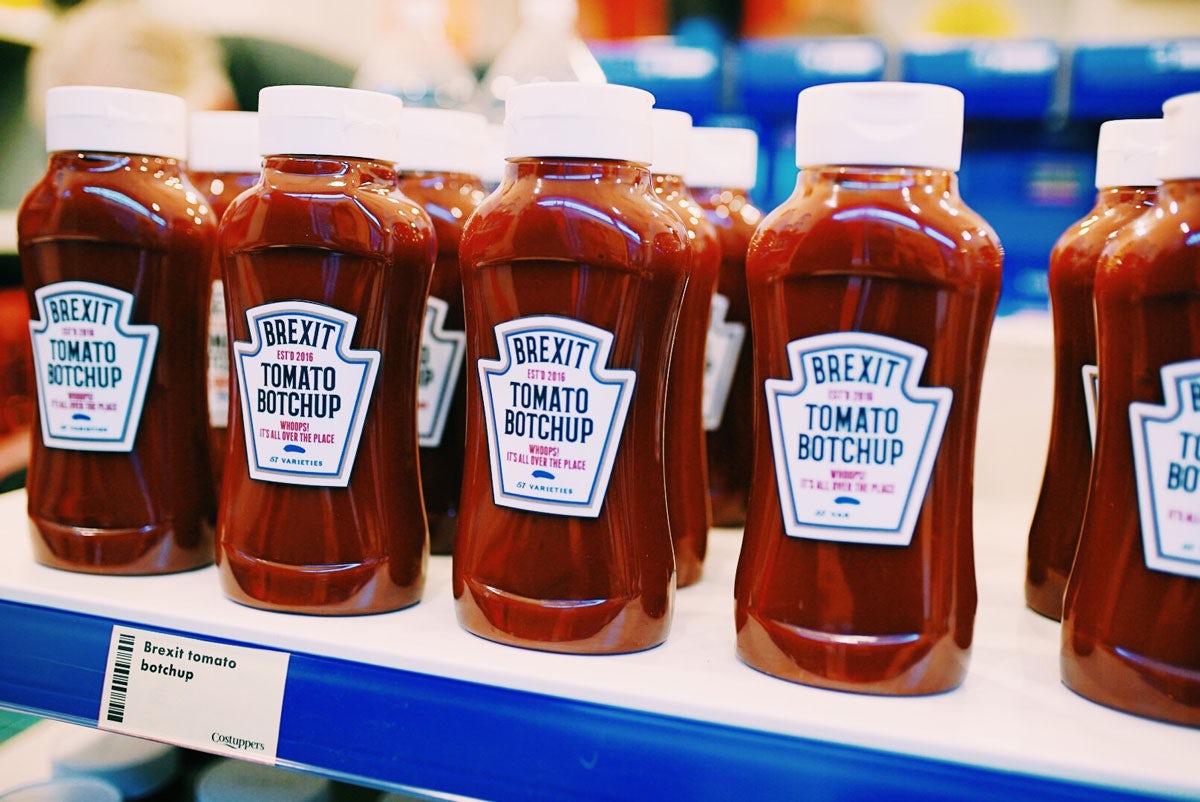 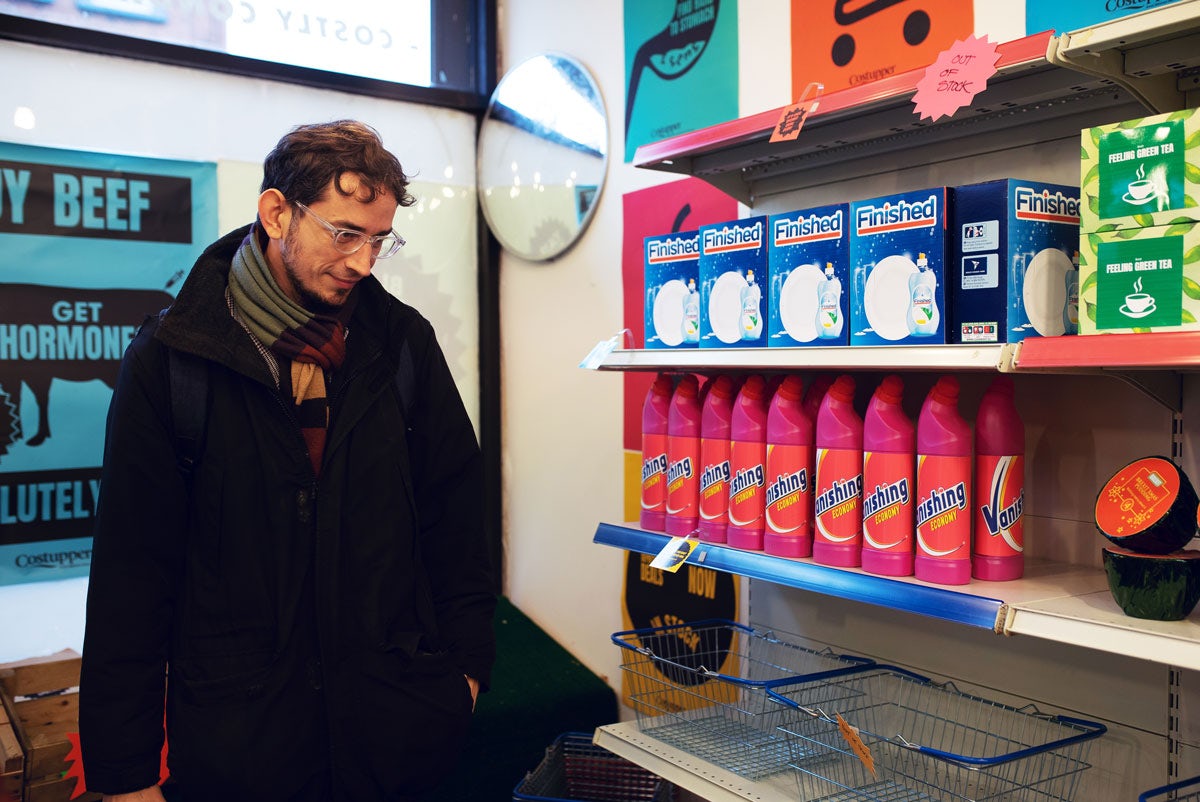 CR: What was the significance of doing it on Black Friday?
SB: Black Friday was the perfect opportunity as it’s all about consumers getting good value and people’s ‘deal radar’ is up. Flipping it to talk about the terrible value we’re getting from the Brexit deal was a really simple thing to do. The Brexit deal would reduce the value of the UK’s economy by £100 billion per year, every year by 2030. That’s the equivalent of losing the economic output of Wales.

It’s far worse than the deal we’ve got inside the EU and is a million miles away from what was promised two years ago. Launching our Costupper shop on Black Friday meant we could highlight that this is a lousy deal, using all the language and personality of Black Friday deals. Put simply, if Brexit were something you could get on the high street, no one would be queuing up to get this deal. 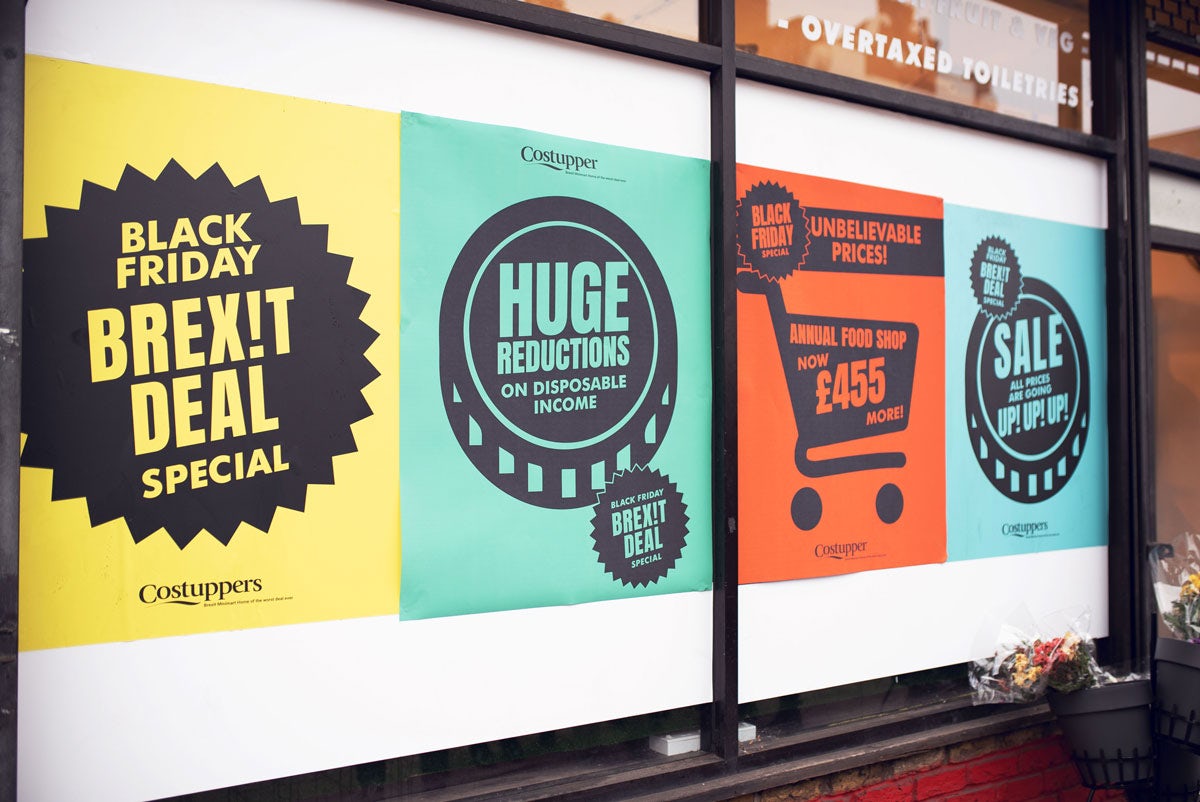 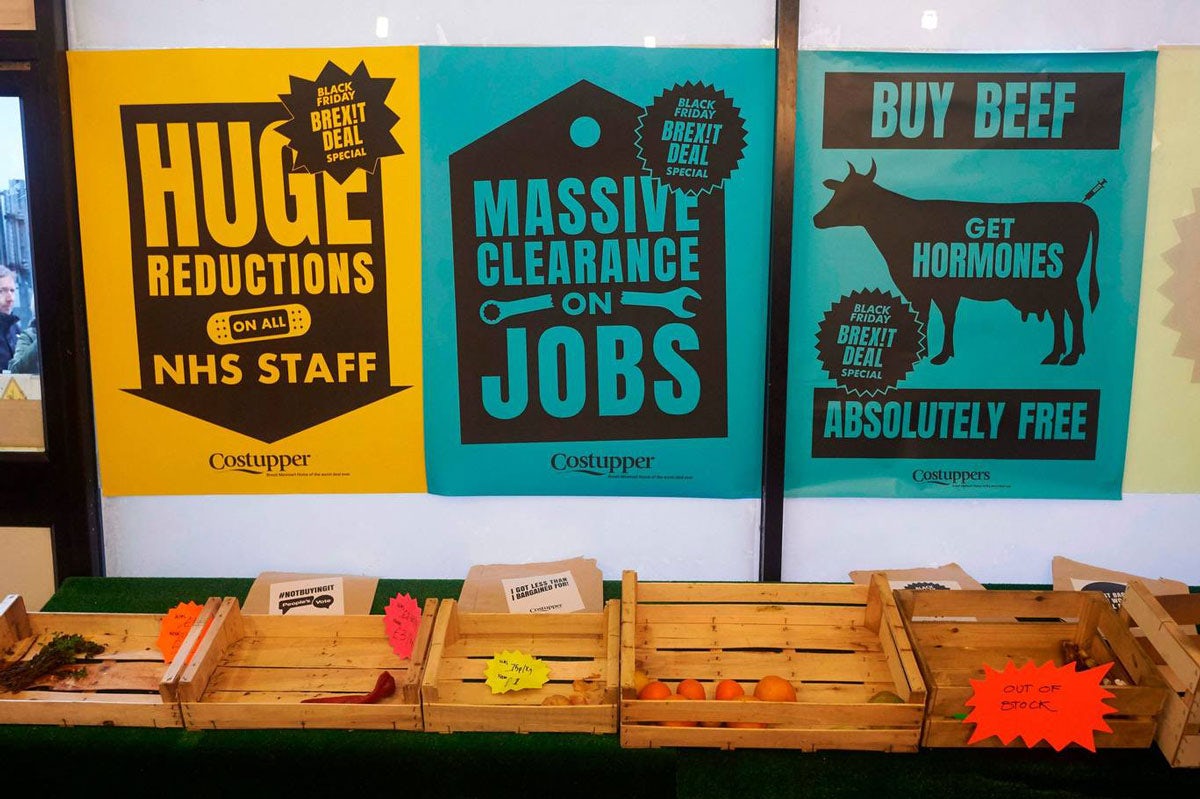 CR: Tell us about the creative process of bringing the shop and its products to life?
SB: Our in-house creative, PR and social media teams formed a collective of brilliant people and blitzed it, along with media agency Goodstuff. Daniel Fisher led it creatively with Lloyd Daniel, and Olly Williams led the production design. We wanted it to feel like being in a genuine convenience store with condiments, fresh produce such as milk and meat, household goods and toiletries. A lot of effort went into thinking about every detail, such as a special message on the cash machine ATM and exit signs that show us walking off a cliff edge instead of out the door.

There were also different messages threaded through different zones – food safety on our ‘Chlorinated Chicken’ and ‘Pumped Up Beef’ (pumped with hormones from the US that aren’t permitted in the EU), as well as empty fruit and veg racks to represent the fact that fresh produce is either stuck at customs or unable to be picked due to lack of workers. The brand names just flowed, and there are a lot more that didn’t make it to the shelves unfortunately. But we could probably do an out-of-town retail supermarket next – it’s very rich territory! 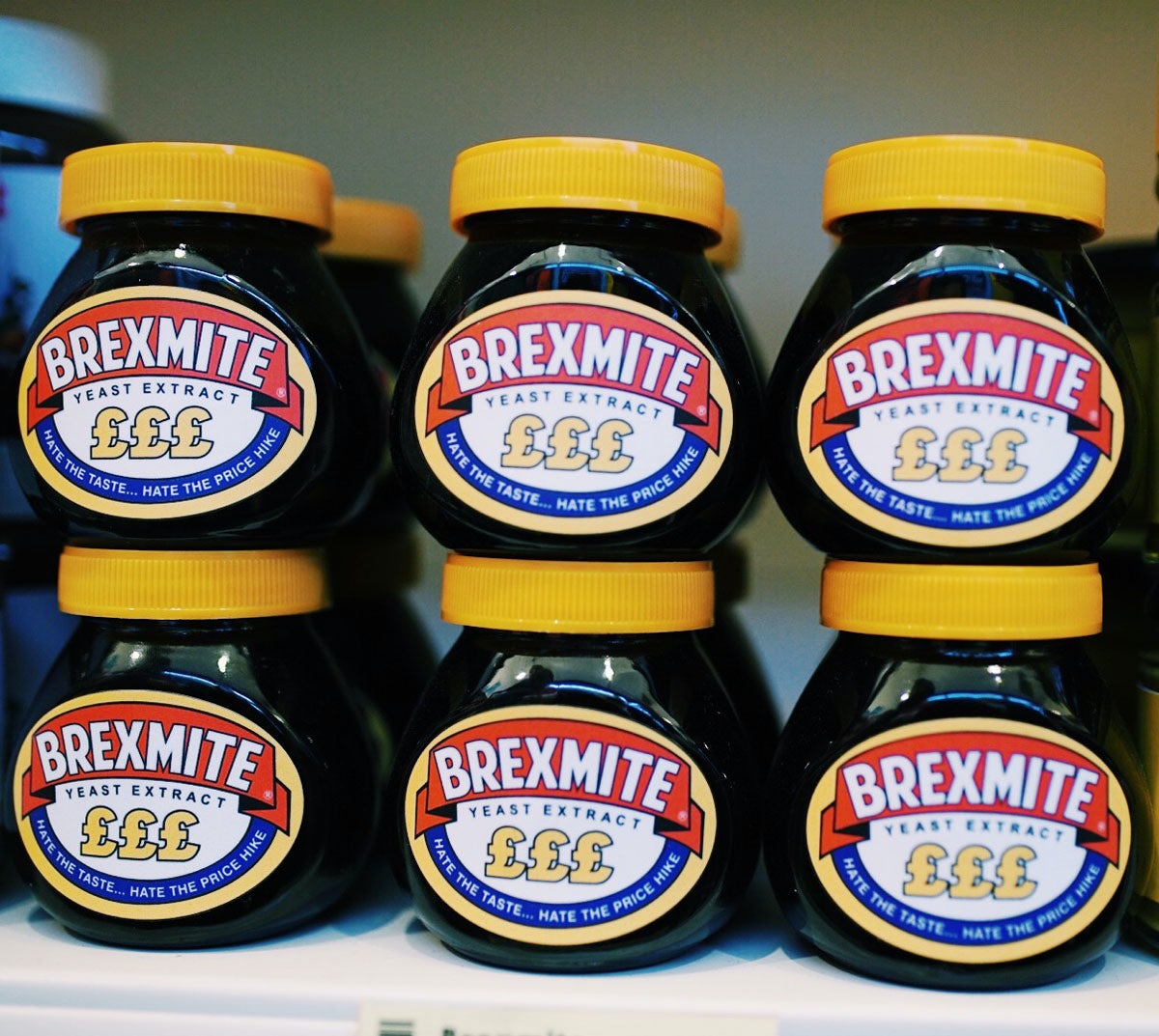 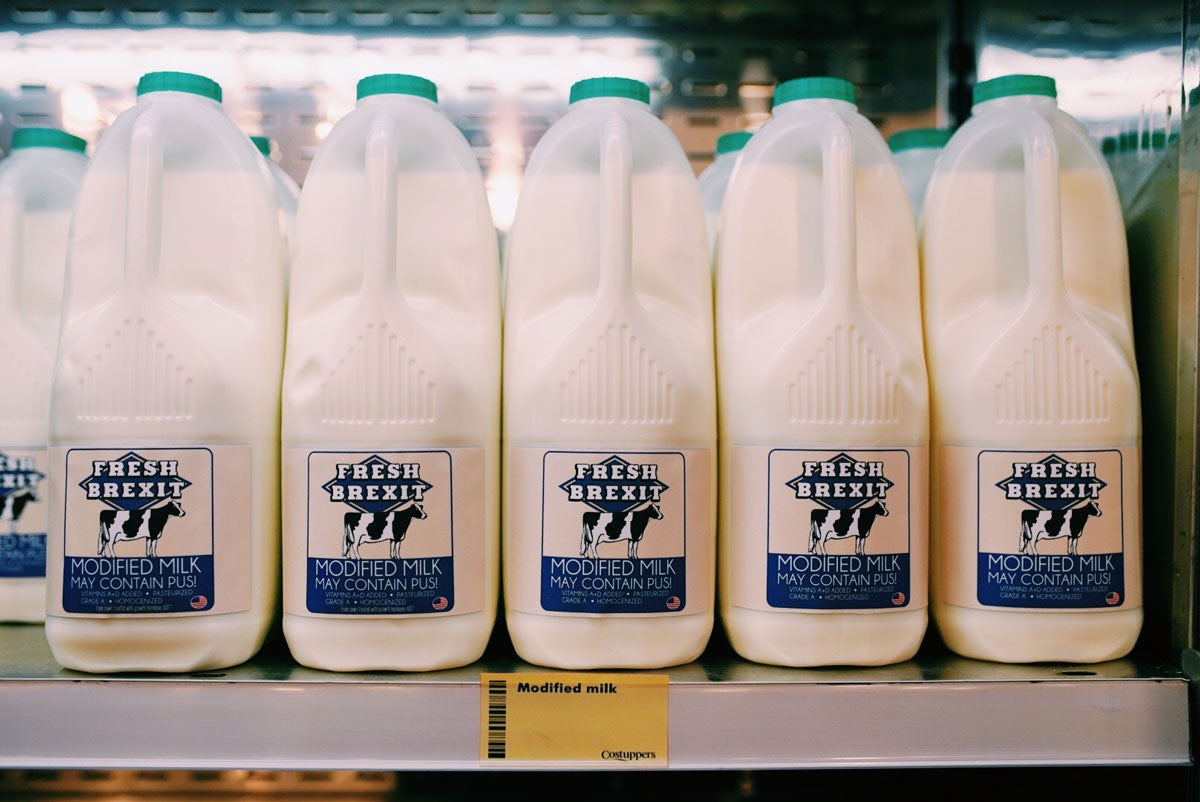 CR: What message do you want people to take away from the stunt?
SB: We want people to think for a moment about whether this deal is the deal that they really want, and to understand that there’s going to be a very real, substantial impact on their cost of living and quality of life. If we have a deal that is clearly far worse than the deal we’ve currently got inside Europe, then we all have the right to tell our MPs that we don’t want them to support the deal. Sitting behind the Black Friday Campaign and Costupper is our #NotBuyingIt campaign, helping people send messages to their MPs. We want people to unleash their inner consumer and stand up to reject a deal that is not good for them or the country.

CR: What do you think about the messaging of real-life brands like Tesco’s cut-price store Jack’s in the context of the wider Brexit picture?
SB: Brands and businesses are facing an incredibly tough time – but not half as tough as their consumers’ lives are. Very few brands have been willing to engage in what Brexit and austerity means for people and I think this puts brands in a very difficult position. A recent UN report unleashed a shocking attack on the UK’s austerity policy, with 14 million people living in poverty and 1.5 million officially classed ‘destitute’. We know that Brexit will make things far worse for the vulnerable, minorities and those already struggling – yet the Christmas campaigns are more extravagant than ever.

The biggest challenge for brands at any time is being out of touch, so I think they need to reevaluate what people are really going to need. Whatever happens, Brexit has changed things for good so brands need to plan, develop and act in a way that doesn’t make people feel like they’re compromising. Jack’s could be great in that respect, but a lot of their customers may well be asking why their much-loved Tesco can’t just give them the value they need? 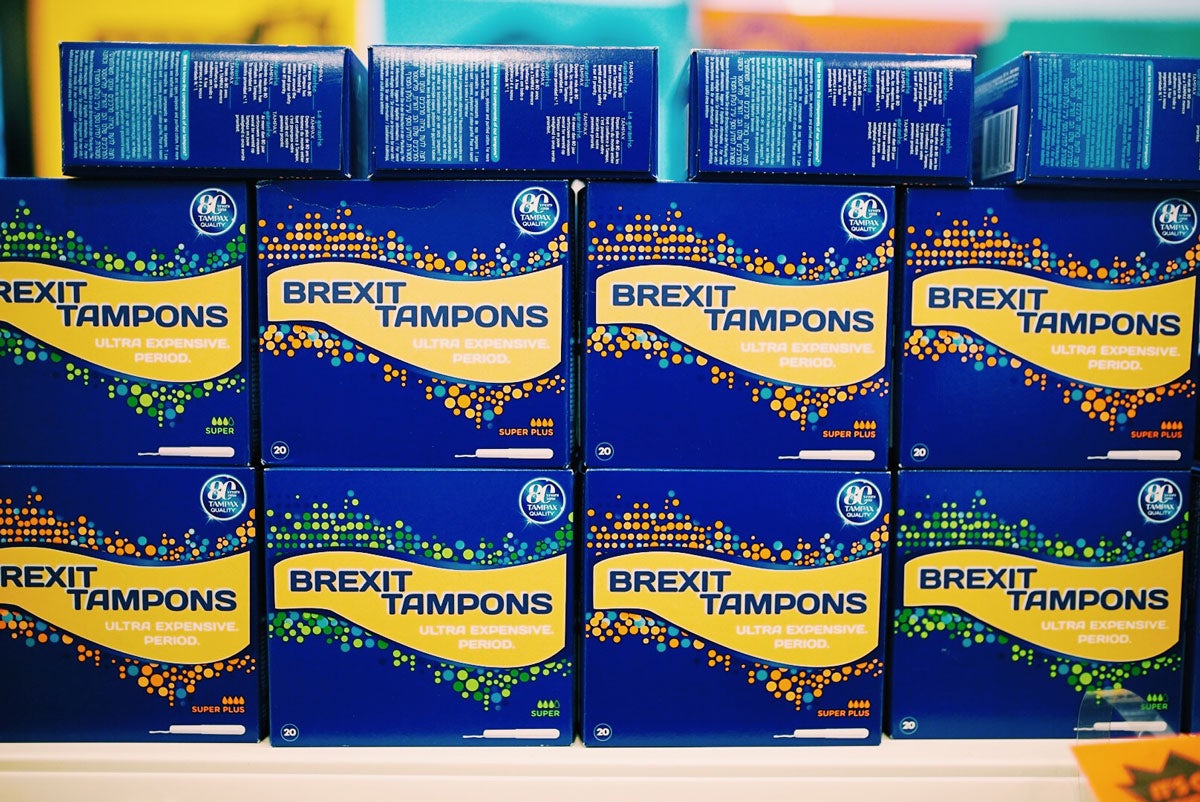 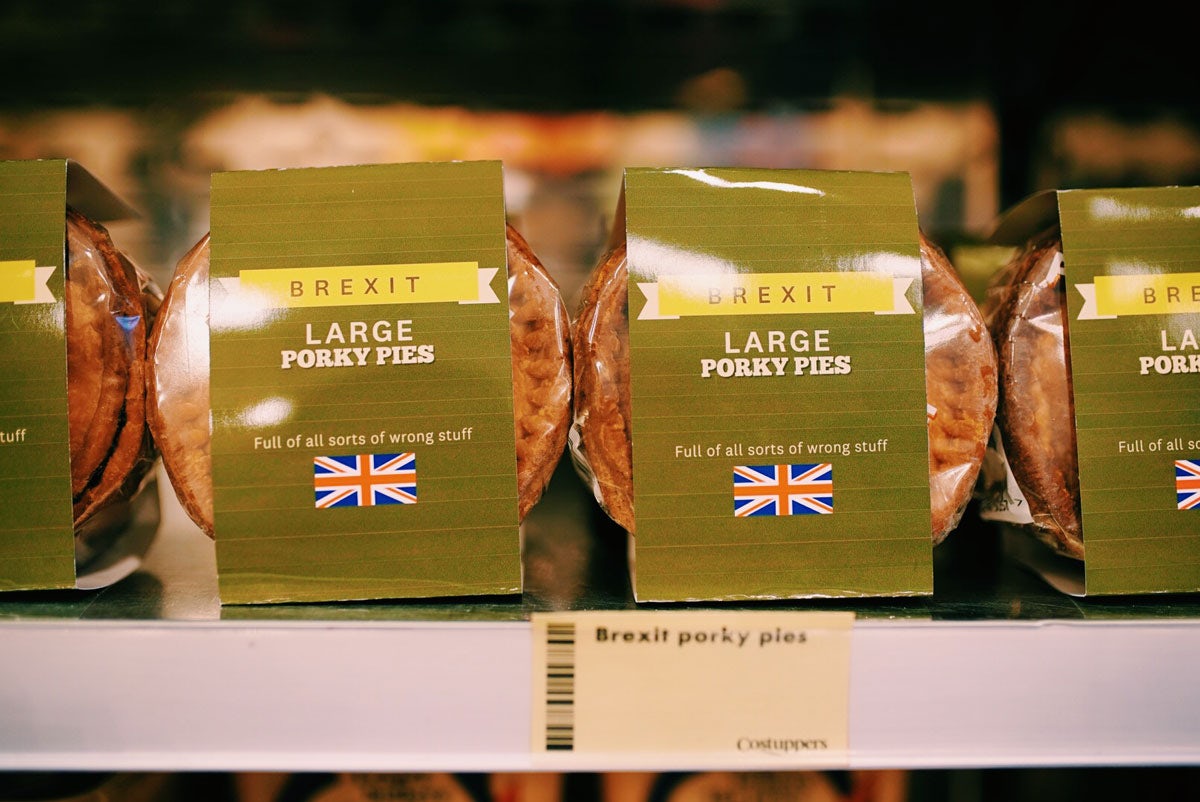 CR: What is the People’s Vote overall strategy, and what else have you got planned as part of the campaign?
SB: We are currently in the final stages of campaign, as the deal will be put to Parliament and MPs will be asked to vote for or against it in the next couple of weeks. Having raised public pressure and shown that popular support is undoubtedly for a People’s Vote, we now need MPs to vote down the deal and support us being given a vote. Our campaigning is focusing on raising awareness that it’s not too late to change this but people must write, email, visit, message their MPs to tell them this is what they want. We’ve created a letter-writing website notbuyingit.uk to make it easy to do this. We also have a load of local and community events and activity planned, and a whole host of other things that will come to light over the next few weeks.