While it hasn’t been subjected to the same level of scandal and critique as its parent company Meta (aka Facebook), the sheen seems to be wearing off social media’s one-time golden child, Instagram, as users are drawn to the less curated world of video-first platforms such as TikTok.

It’s in this context that the social media giant has unveiled a new visual identity which, as the brand’s design team explains in an accompanying post, is inspired by its global community of over one billion users. “We wanted our brand to better reflect Instagram’s role as a place to explore, share and push culture forward. Our mission for this work was to create an immersive and inclusive experience,” they add. 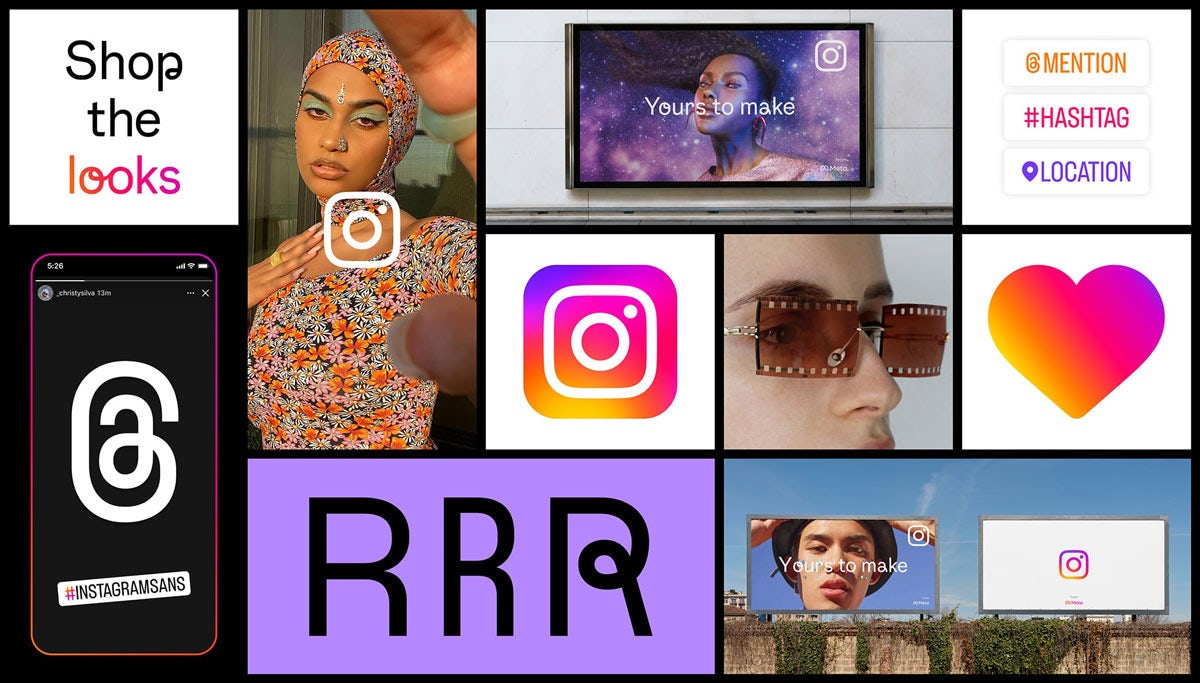 It marks the first update to Instagram’s visual identity since its 2016 rebrand, when the company first moved from its Polaroid-esque logo to its now ubiquitous pink gradient mark.

While the logo itself remains unchanged, it has provided the inspiration for one of the new identity’s key elements: Instagram Sans. The bespoke, looping typeface is designed to be a nod to the combination of squares and circles in the platform’s current logo. Or as Instagram describes them, ‘squircles’. 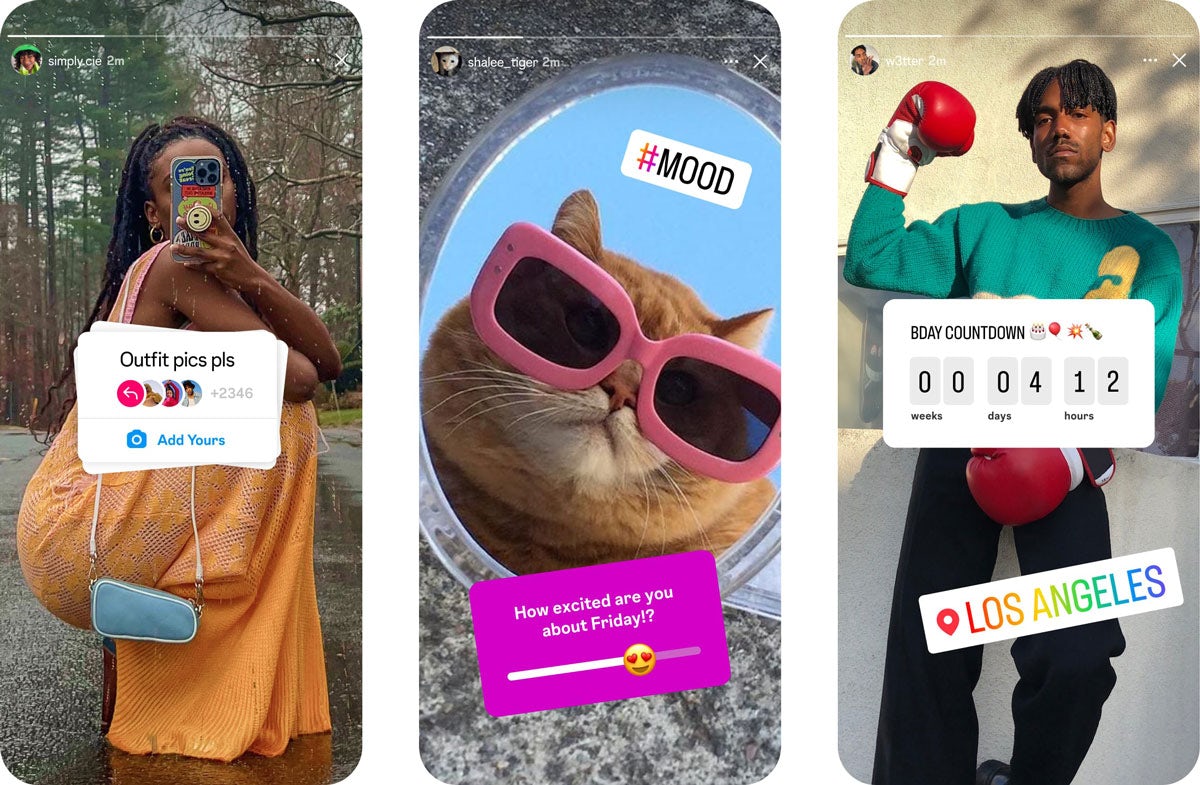 The other key considerations behind Instagram Sans were accessibility and legibility. “While designing this new typeface, our goal was to make Instagram Sans globally accessible. We partnered with language experts around the world to adapt the typeface to global scripts including Arabic, Thai and Japanese. We want to support all of our creators and community members who push culture forward to express themselves fully in any language they choose,” says the design team.

Made in collaboration with Colophon Foundry and several global type foundries, the typeface is available in three styles: Regular, Headline and Condensed. As well as appearing everywhere from billboards to websites, it will also be available for users to try out themselves in Instagram Stories and Reels. 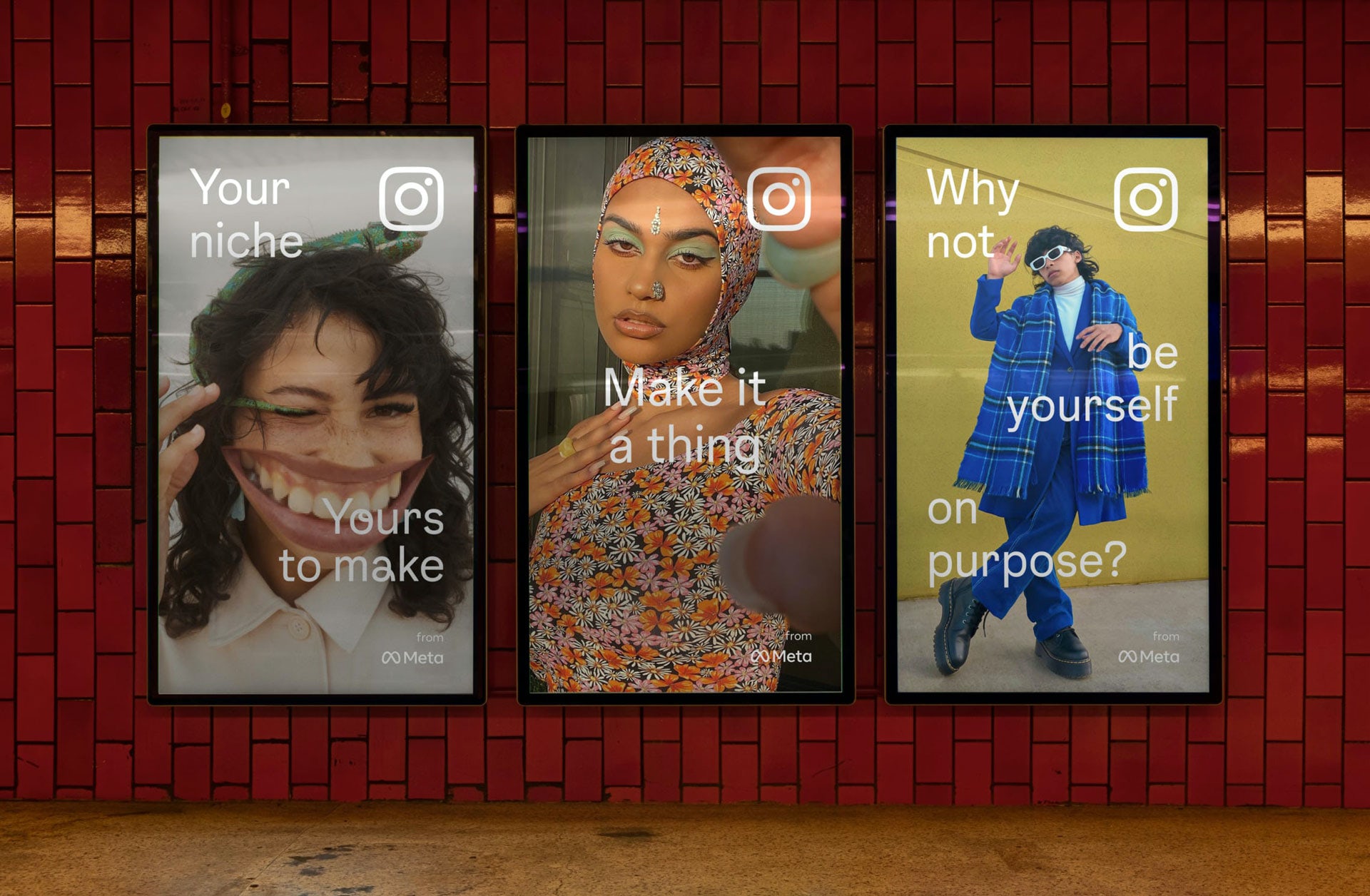 As for the other most recognisable signature of Instagram’s branding, the gradient, this has been updated using a 3D modelling process to make it feel more “illuminated” and “alive”, according to the design team. Moving beyond the simple static asset it was previously, the new shape-shifting version of the gradient will appear in Instagram’s marketing, branding and in-app across its Create mode, stickers and Instagram Story rings. 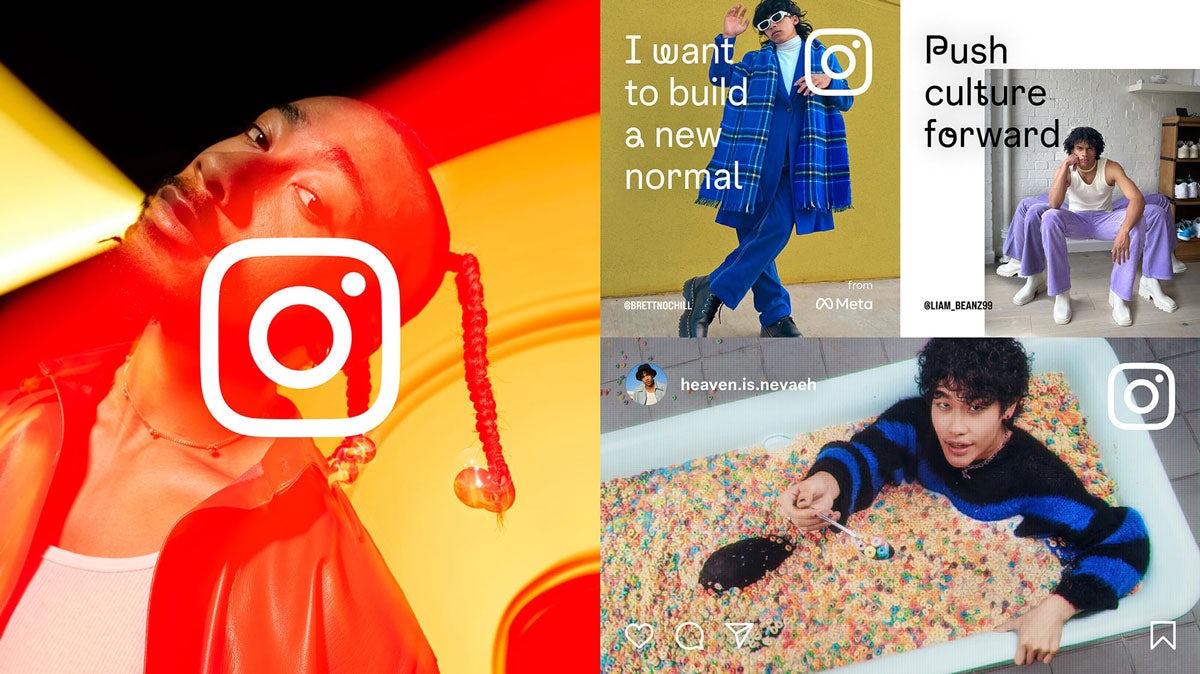 While the jury is out on Instagram’s new look, it seems that the introduction of a more unusual typeface in particular is a move to make the platform’s content stand out amid a sea of sameness in the social media landscape. Whether it can stop people from jumping ship to TikTok and beyond though, remains to be seen.