If you embarked on a career in the creative industries any time after the the 2008 recession, you’ll probably be familiar with the concept of the unpaid internship – you may have even done one yourself. While the origins of internships have their roots in traditional apprenticeships dating back to the Middle Ages, the idea of unpaid placements came to the fore in the US in the 70s, when more students were going to college than ever before but were also graduating into a particularly tough labour market.

For Alec Dudson, who graduated from his sociology masters in 2010, it quickly became apparent that working for free was the only way he would be able to achieve his dream of working in magazines. “The word internship, certainly in the British lexicon, you could find very little information out about at all,” he tells CR. “I did two internships over nine or ten months, and just in that relatively short space of time I was meeting so many people in this world, it was kind of like this secret underclass of workers.” 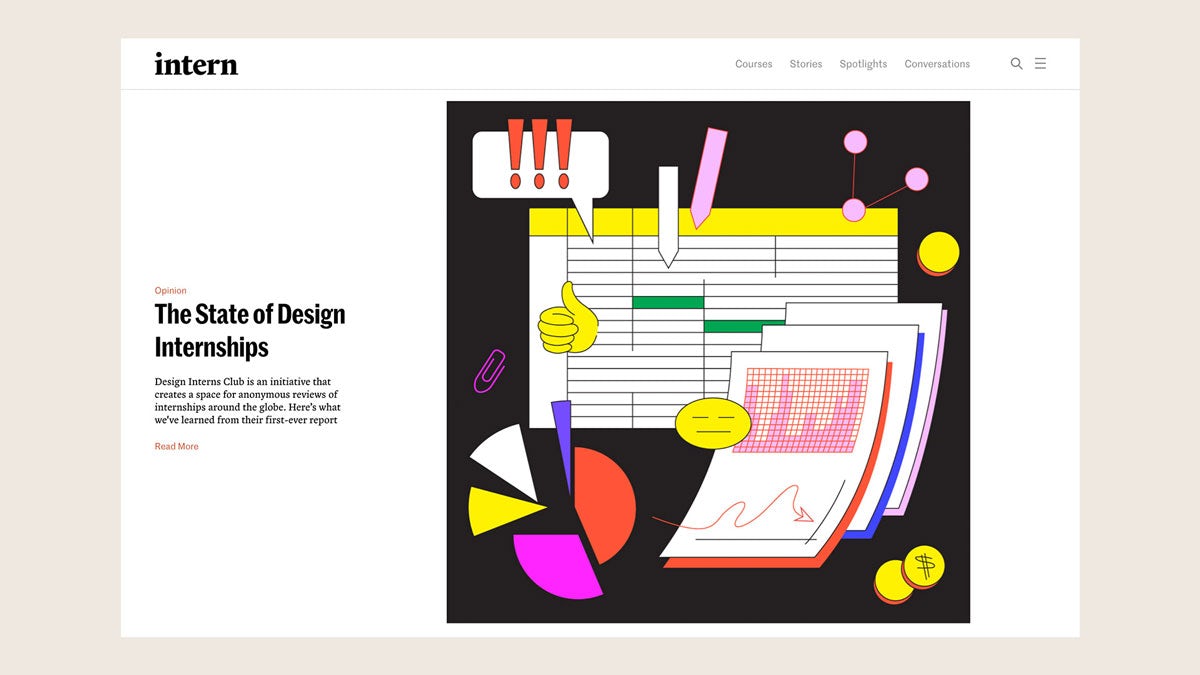 While Dudson had been brought up on the promise that getting a degree would automatically lead to a decent job, he was quickly exposed to the dark underbelly of the creative industries, where entry level jobs were essentially being swapped out for free labour. “It’s the whole BS ‘exposure’ thing that they still trade on, which I find is a fundamental failure to support or do something positive for young people in the creative industries. You’re just continuing to perpetuate a system where those from non-wealthy backgrounds have to give up, because there’s nothing out there for them,” he says.

In 2013, Dudson’s continued frustration with the placement system led him to set up his own magazine, Intern.