Iris Hassid has spent half a decade documenting the recent surge of young Arab women who choose to go university in Tel Aviv and make the city their home. The Israeli photographer, who lives around the corner from Tel Aviv University, first began to notice the presence of these young women in 2012, and found herself wondering about the stories they had to tell.

She eventually became acquainted with four of them – Samar, Aya, Majdoleen and Saja – and began taking photos of them as they dealt with all the normal issues of young adulthood, such as careers and boyfriends, but also the reality and complexity of the place they live in. Here, Hassid tells us about bringing the project to life in book form.

Creative Review: Tell us a bit about your background and how you got into photography.
Iris Hassid: I enrolled in a basic photography course during my mandatory military service, doing boring office work. I immediately fell in love with it, and continued my studies in photography while studying political science at Tel Aviv University. Later on I received an MFA degree from Haifa University.

I started my career as a commercial and lifestyle photographer working for various magazines and commercial companies. From there I moved on to other photographic projects, working with different groups of young women, exploring issues of identity, culture, representation and belonging, including one with my daughter and several of her girlfriends, and always in collaboration with my subjects.

CR: Why did you decide to start A Place of our Own?
IH: I live on the street that fronts the University of Tel Aviv, which is built on the ruins of the Palestinian village of Sheikh Munis. Like many villages in other areas, it had been evacuated during the 1948 War of Independence for the establishment of Israel. Around eight years ago I started noticing young Arab women students on my street and in the area. Some were religious women wearing a hijab, and others were secular, recognisable because they were speaking Arabic, not Hebrew. Most of them were from towns and villages in more conservative Arab communities.

The contrast between the societies and places intrigued and fascinated me, especially the fact that the women looked different from the way they would usually be portrayed in the media. I wanted to explore their lives and what it meant to be a young Arab woman living by herself in the big city of Tel Aviv, away from her protective community, with all the multi-layered complexity of this reality. It was only when I met Samar, in 2014, that the project got started. She was from the city of Nazareth, a fresh graduate from Tel Aviv University’s film school, and she lived in my neighbourhood.

Samar arrived for the first photoshoot with her cousin and two close friends. The resulting photograph, the one showing them sitting in Samar’s green car, captures the young women’s state of happiness – they look confident about the future. I knew then that this was the group of young women I wanted to work with. A Place of Our Own follows the day-to-day lives of Samar, her cousin Saja, (a psychology student) also from Nazareth; Majdoleen, Saja’s roommate and an architecture student from Kafr Kanna; and Aya, a social work and gender studies major from Kafr Qara.

CR: How has the project evolved over the last six years?
IH: A few months after we’d met, the war in Gaza started, and we were not in touch for several months. Then we met again, slowly rebuilding trust and getting through difficult times in Israel – the bitter and hateful election campaign of 2015 and the 2018 Jewish Nation State law, the right-wing government, and more. The complex reality of this country continuously intruded, but bit by bit I witnessed more intimate parts of their lives and met their families back home.

I explored their lives through their stories, and from their posts and stories on Instagram and Facebook and, with their permission, I built an archive of their own images of their lives to get ideas about what and where to photograph. I watched them as they became young adults, dealing with issues of career, family, boyfriends, clothes, music, and just hanging around, and later graduating from university.

CR: What have you tried to capture in the resulting images?
IH: Building a relationship with the young women, and working in collaboration with them was the most important thing to me. I wanted to show them as they wanted to represent themselves: in their regular lives, in situations not usually depicted of young Arab women, more Western while still adhering to much of the tradition of their Palestinian nationality.

The series moves from interior spaces to the streets, as if from their inner world to the exterior one. There are clues and signs to their lives in every picture. Foreground and background details and composition are very important to the way I photograph. There are recurring themes in the project – doors, windows and mirrors as metaphors of their inner and outer world; cars and bicycles as symbols of independence, mobility, and freedom; flags, walls and olive trees as signs of their Palestinian identity. The book also contains parts of the many conversations we have had between us over the years, showing what was going on in their lives and thoughts.

CR: What do you hope people take away from the series?
IH: I want to share with others what moves and interests me, and the closeness and collaboration between me, the photographer, and the young women, the subjects. I hope my project puts a mirror up to our assumptions of representations, and helps demonstrate that we are all human beings with hopes and dreams, who only want to be left alone to lead our lives in peace and freedom.

A Place of Our Own can be perceived universally as a search for identity and self-determination in your tender early 20s, and the confusion and vulnerability of these first years of independence away from home. It can be seen as a desire for belonging in all aspects, and as a project about women’s empowerment at an age when your friends are your family. It can also be viewed more locally as a portrait of trailblazing young Arab Palestinian women in Israel, trying to make a change in Arab and Jewish societies. Trying to fit in and to fulfil all their dreams of freedom, career, success and more, while maintaining their Palestinian identity. 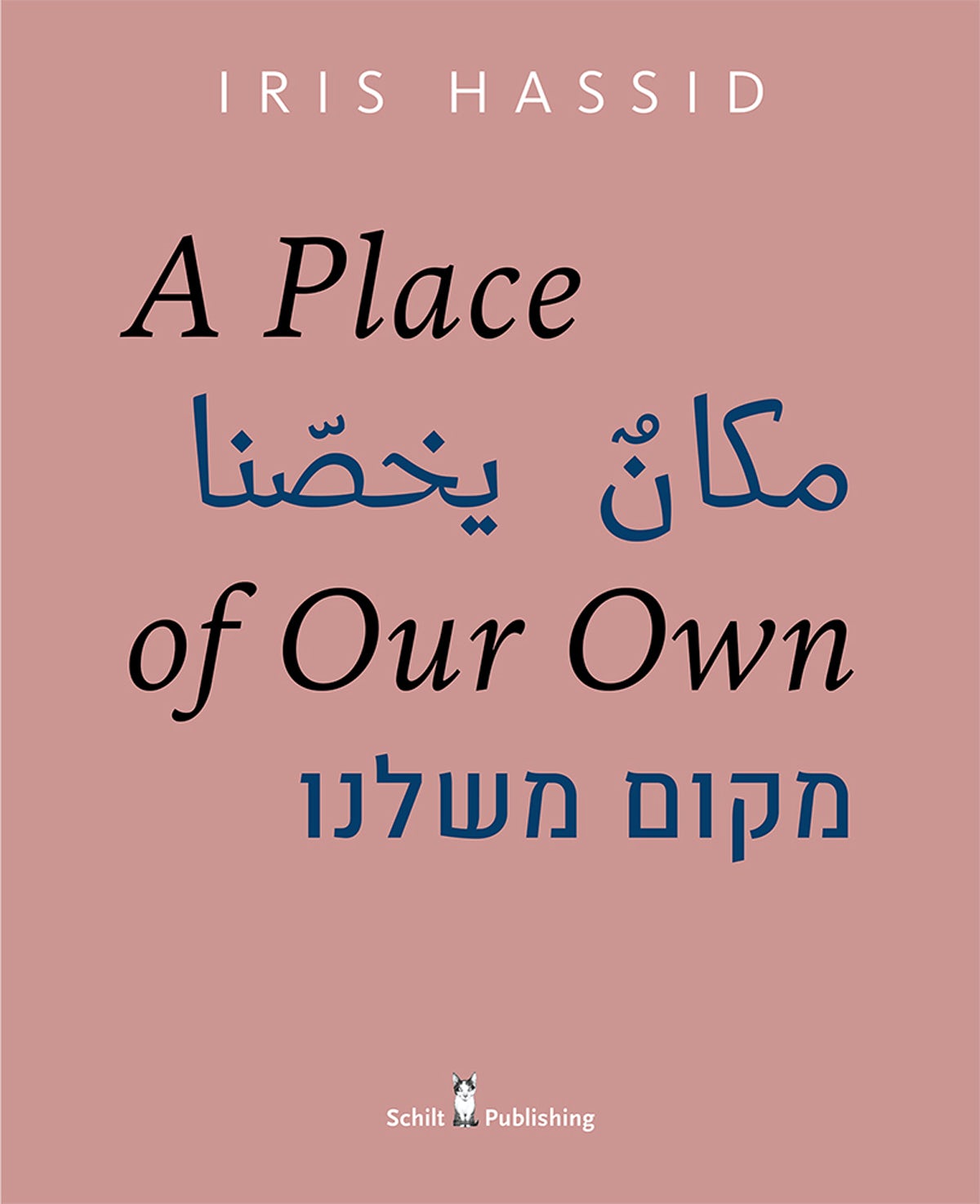 A Place of Our Own is published by Schilt Publishing; irishassidsegal.com