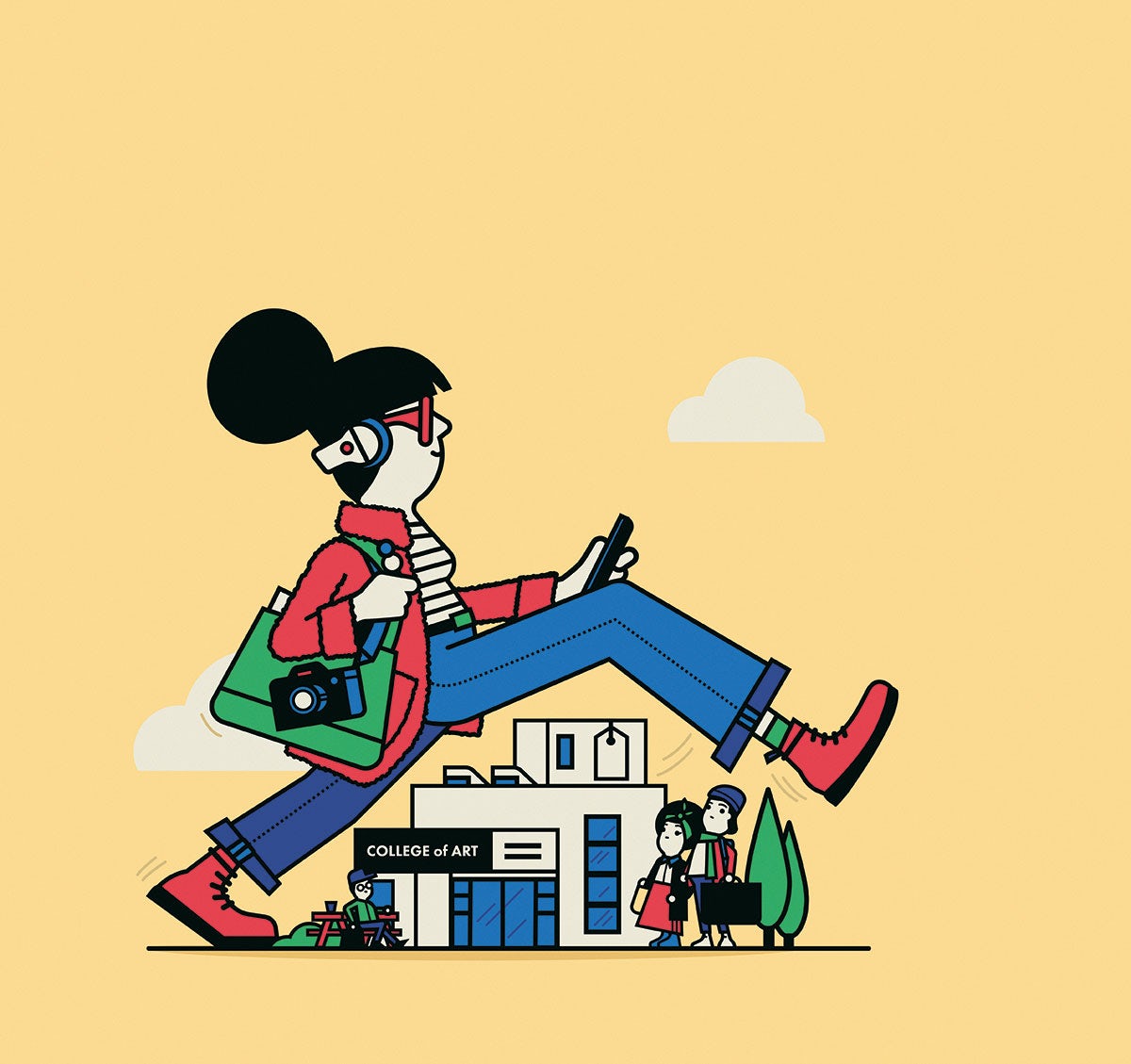 Currently, students attending university in England can expect to leave with a mountain of debt. A 2017 report from the Institute of Fiscal Studies showed that the average debt at graduation was over £50k, which is double what students would have owed in 2011. The IFS estimates that the majority of people won’t even be able to pay it back within the loan’s 30-year time span.

So with the cost of education so high – making it inaccessible to many – is it still worth the money? Do creatives really need ad school or an arts degree to make it in the industry? And do graduates feel like they’re getting enough value for the £9k+ they pay in tuition fees each year?

“I felt like I was a chicken on the conveyor belt,” says photographer Maisie Cousins, who did a Foundation Diploma in Art and Design, followed by a BA in Photography. “It just felt like the same old shit – you turn up, don’t get much out of the day and get in trouble. I felt like I was in school still, and I hated school.”

“You didn’t get your own space, or anywhere to make your own work other than the studio. What I really needed was a studio space, but I didn’t know that.”

Although Cousins says her opinions about university have mellowed a little since she graduated in 2014 – and she’s glad she had the opportunity to learn – she still feels the experience didn’t mesh with her personality or creative practice. While her degree was an opportunity to move out of home and find some independence, she says the learning experience felt stilted, and didn’t give her a better understanding of her own art.

“I think the timing was forced,” she says. “You feel quite lost at age 19. I think you’re not ready to get up in front of a group of 30 people and say ‘I made this for these reasons’. It’s a very personal and introspective thing to have to do.”