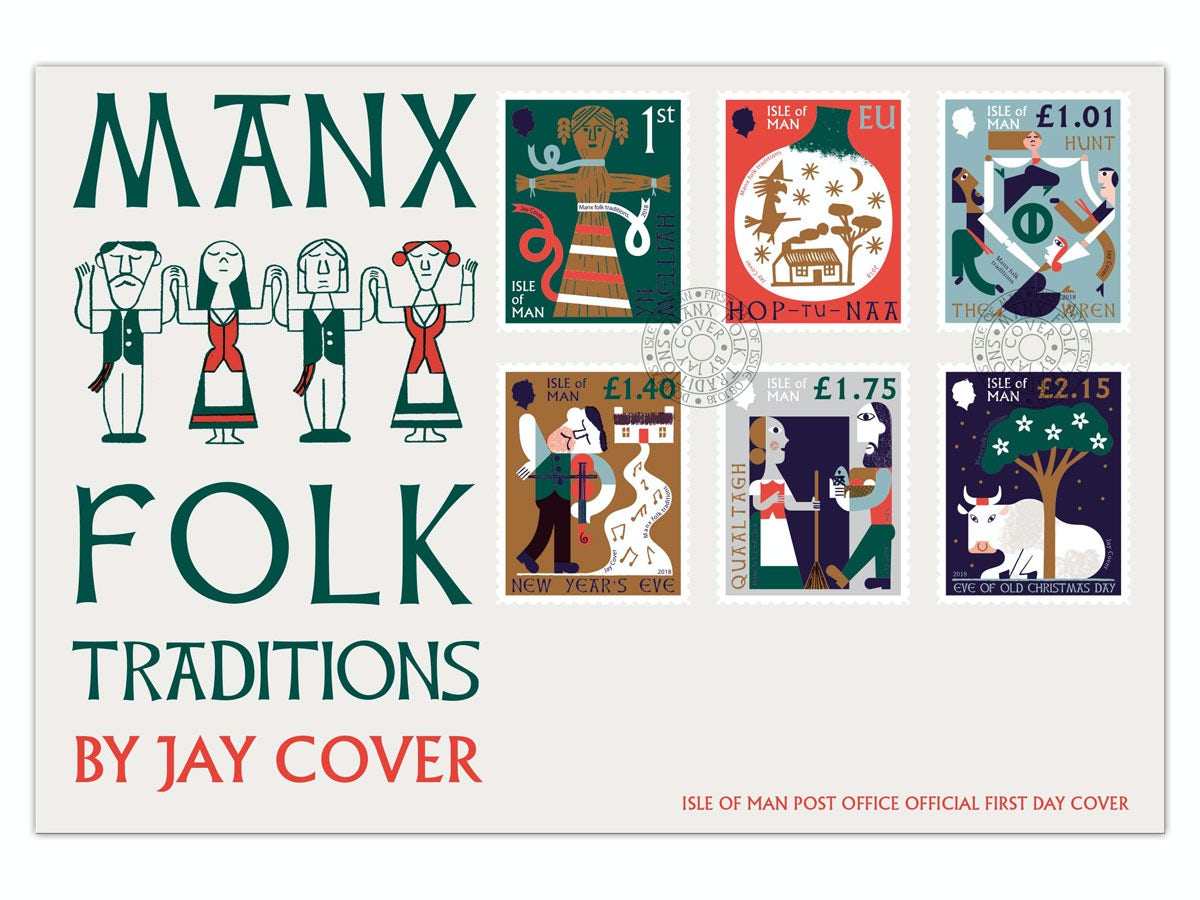 For an island of just 80,000 people, stamps are surprisingly big business on the Isle of Man. The island’s post office has been putting out a steady stream of imaginative stamp designs over the past few years, including one series celebrating the work of prog rock artist Roger Dean, and another marking the 50th anniversary of Stanley Kubrick’s sci-fi classic 2001: A Space Odyssey.

The post office has gone for a slightly more traditional approach with its latest stamp series, which showcases the Isle of Man’s folk customs and links with the traditions of its Celtic and Norse neighbours. 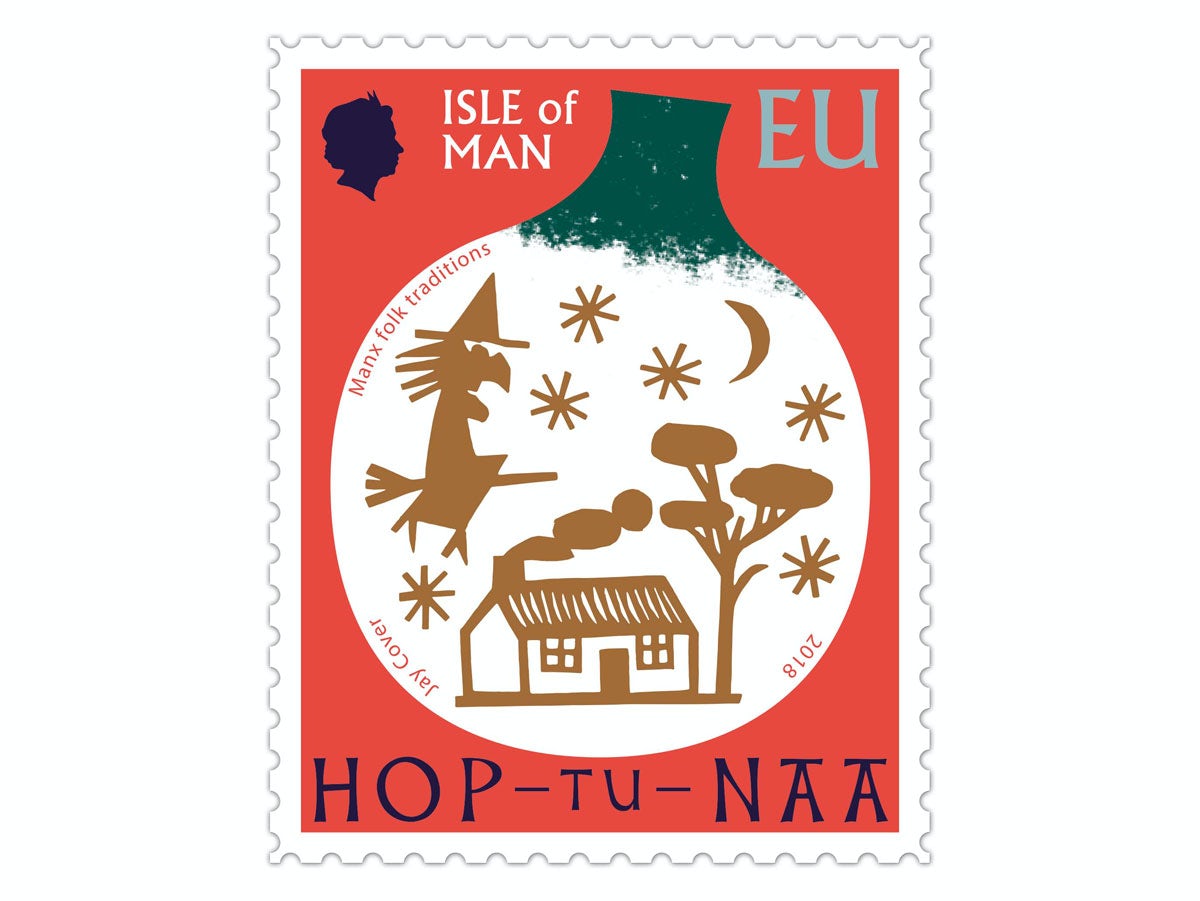 Designed by Jay Cover, the set of six stamps feature folklore-inspired illustrations of the traditional Manx celebrations that provided welcome respite for the island’s historically crofting- and fishing-employed population.

In Hop tu Naa (the island’s old style New Year’s Eve), the humble turnip features as the star of the show, while the mysterious Jinny the Witch is shown making her annual flight across the island. 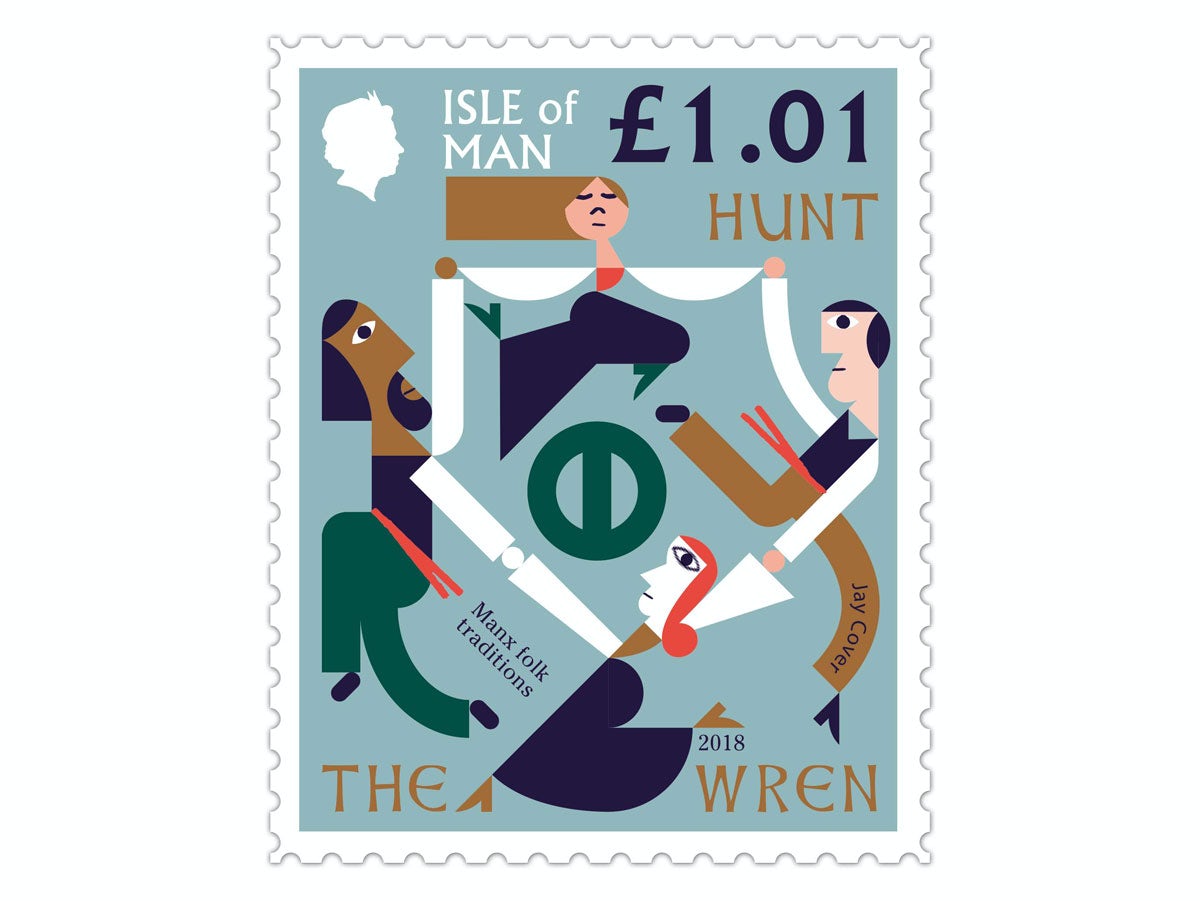 Hunt the Wren is a tradition that has remained popular across the island on Boxing Day, but has (thankfully) been updated to reflect today’s views on animal cruelty. While the birds were originally hunted down, killed, and fastened to a pole as their feathers were thought to ward off evil in the coming year, nowadays people use an imitation bird and sell coloured ribbons to those they meet en route.

The eve of old Christmas Day is shown as a particularly magical time for the island, when bees were said to emerge from their hives at midnight, while bulls fell down on their knees in unison and myrrh came into bloom. 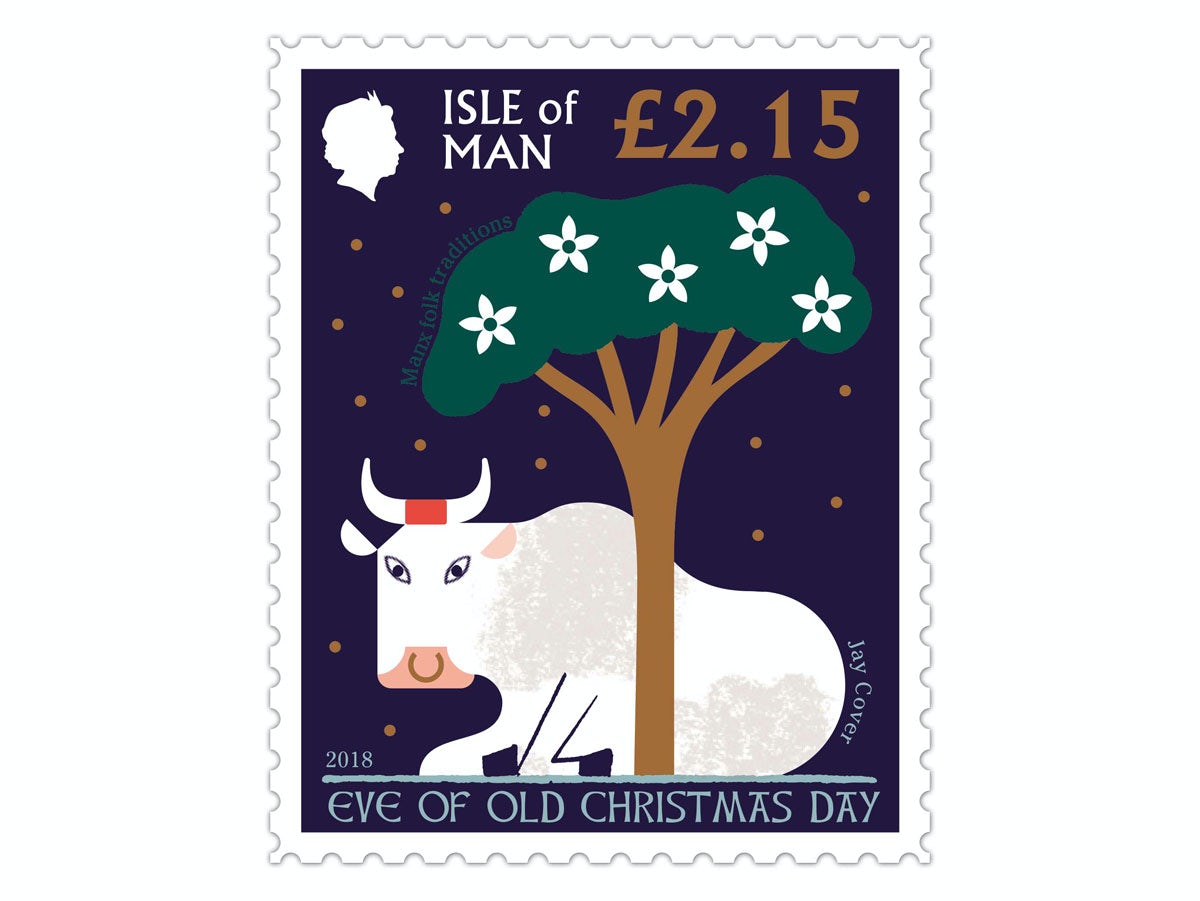 The Manx Folk Traditions stamps are available to buy from October 8; iompost.com