As most parents will tell you, getting kids to eat their greens is often a battle. Refreshingly, this new ad from Veg Power (an alliance of major food campaigning groups which aims to make it easier for people to choose vegetables) doesn’t shy away from this fact but embraces it head on, pitching kids in a war against vegetables that are trying to take over the world.

Directed by Ninian Doff, the spot is entertainingly silly, as crazed carrots and scary sweetcorn come to life as evil animated characters. 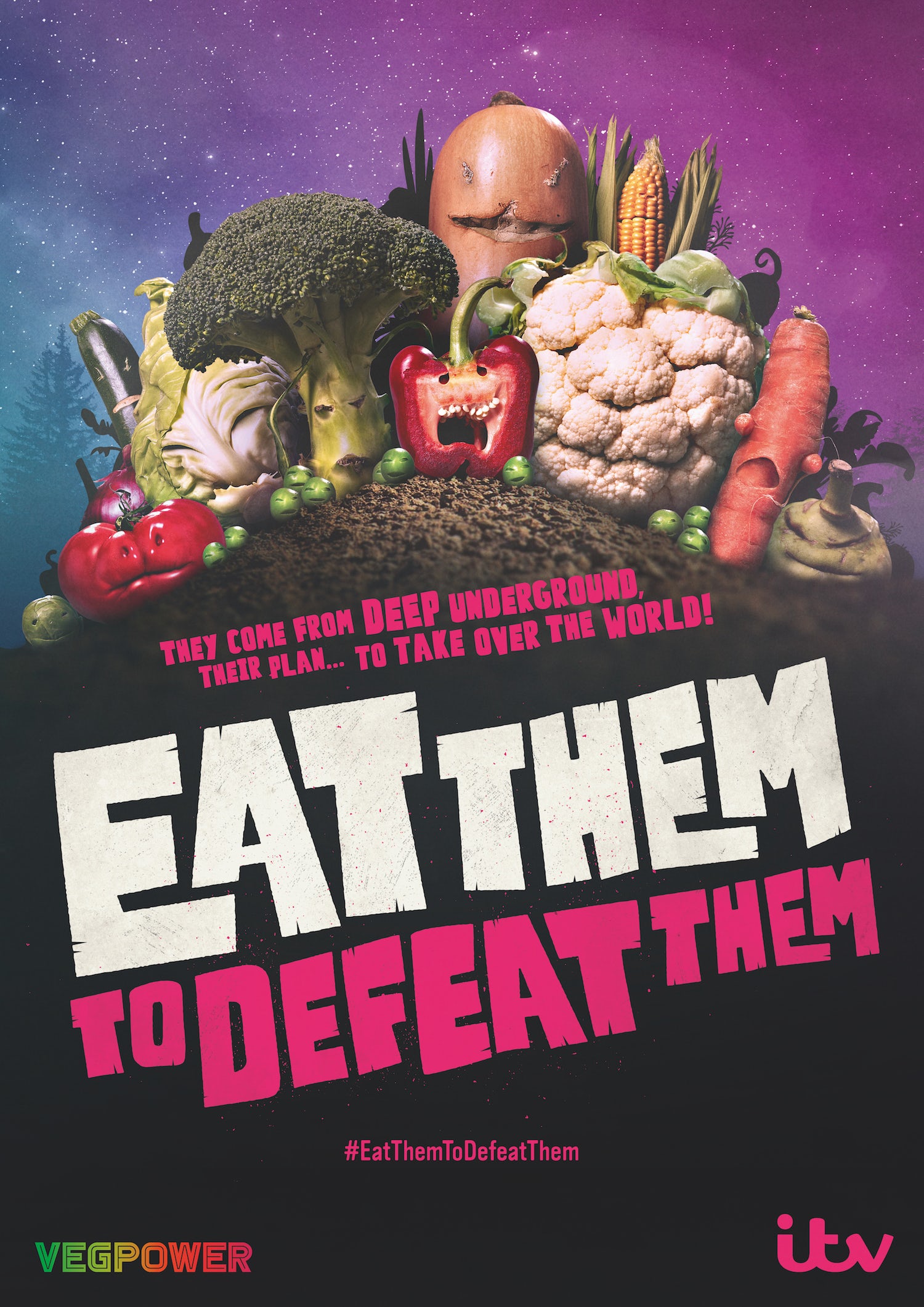 The ad is funded by a coalition of supermarkets, including Aldi, Asda, Co-op, Iceland, Lidl, Marks & Spencer, Morrison, Ocado, Sainsbury’s, Tesco and Waitrose, along with food brand Birds Eye. Supermarkets are also supporting the campaign in-store and online.

As well as developing the campaign with Veg Power, ITV has backed it with £2 million of airtime across its channels, for an initial 12-week run, including primetime entertainment shows such as The Voice, Dancing on Ice and Britain’s Got Talent. The day after the campaign launch, ITV will broadcast the first vegetable-only ad break during The Voice, with the 60-second Eat Them To Defeat Them ad followed by other adverts promoting vegetables.

To accompany the campaign, adam&eveDDB has created an ‘eat chart’, which is designed to reward kids with stickers when they consume vegetables; plus a set of fun stickers for them to put onto the veggies themselves. The charts and posters are being distributed to thousands of schools with the support of some of the biggest catering companies in the country. 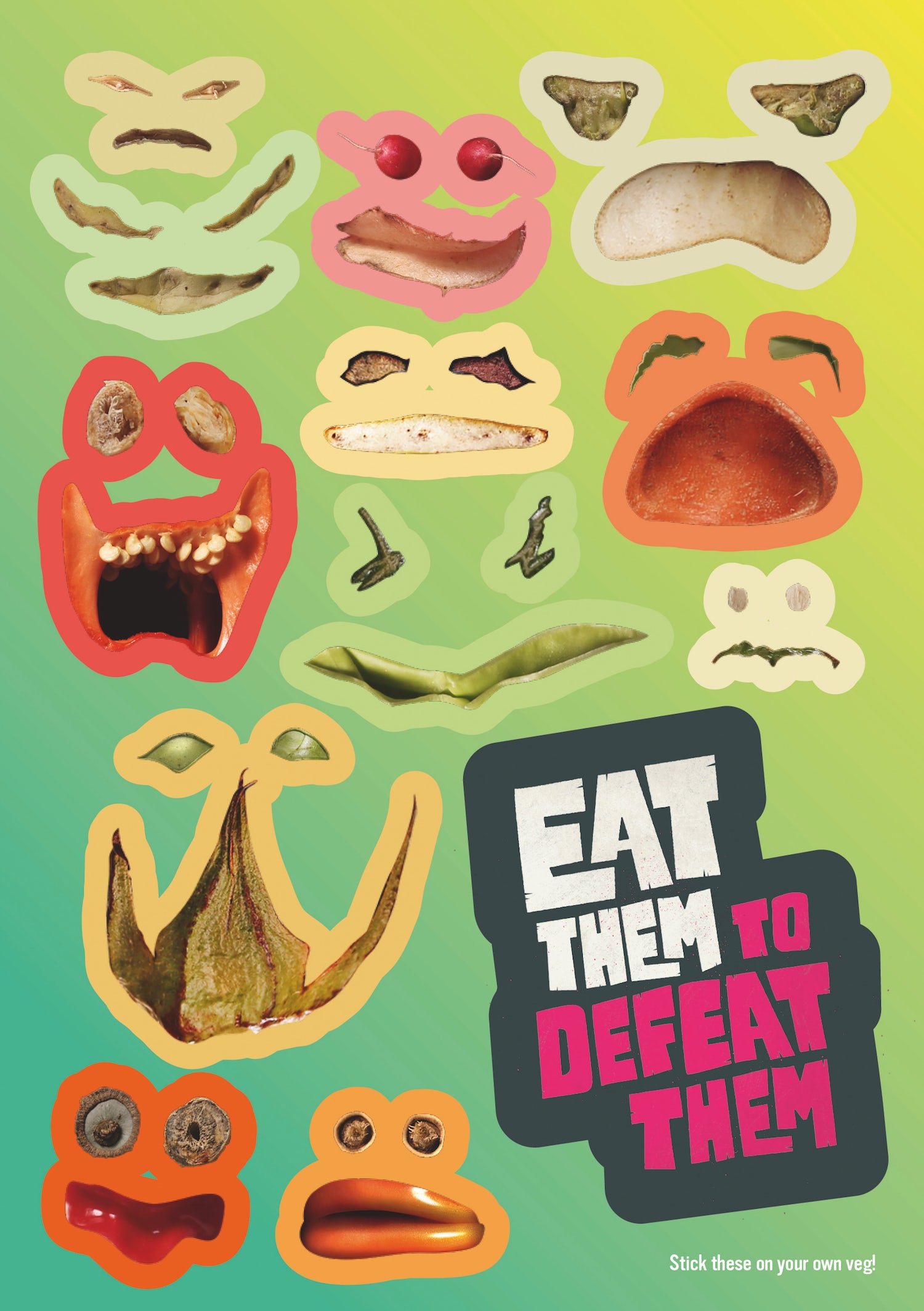 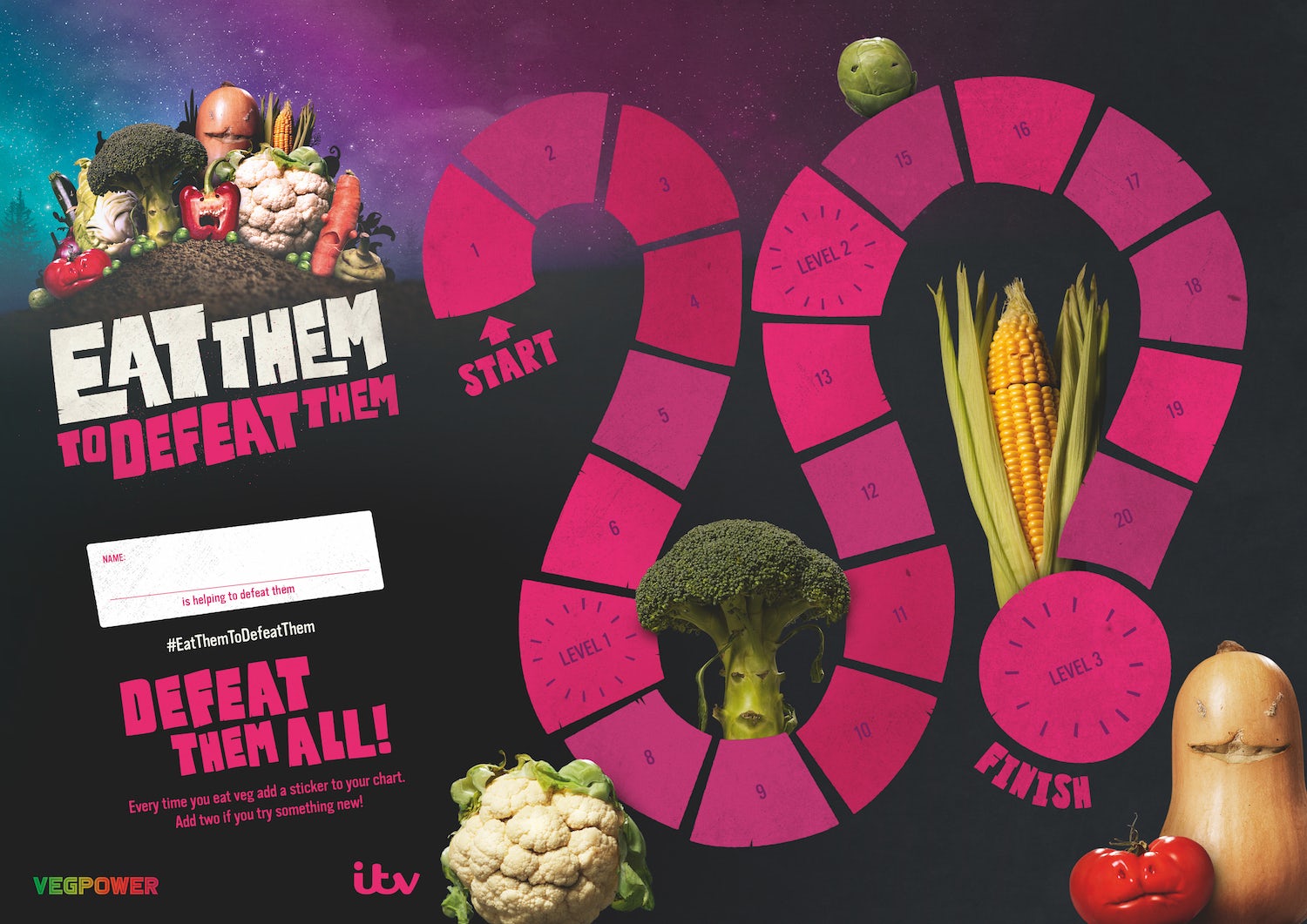