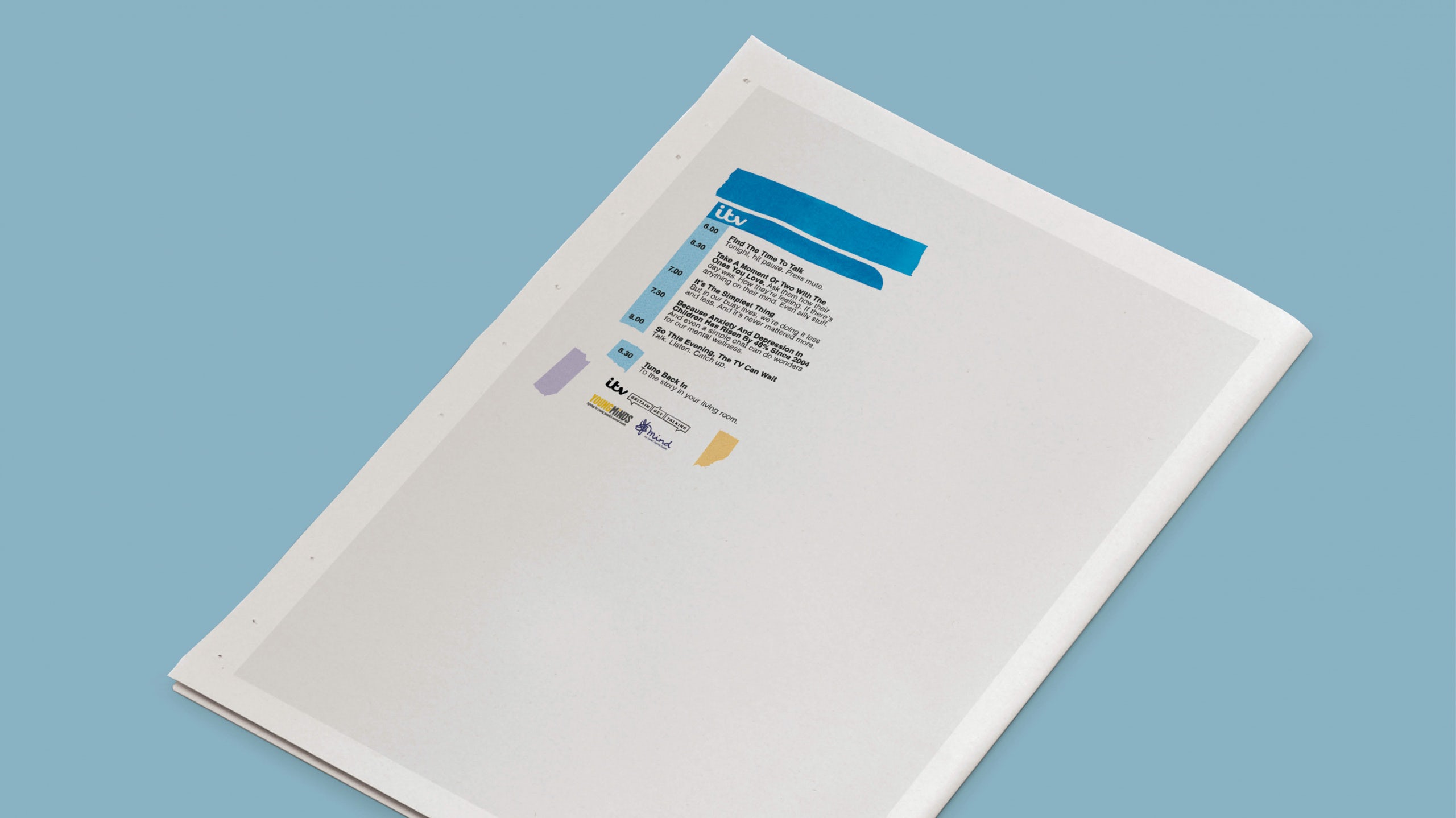 Britain Get Talking was the start of a powerful mental wellness initiative championed by ITV. Instead of launching with a traditional TV advert, the campaign began as an interruption in the final episode of one of Britain’s most popular family shows, Britain’s Got Talent: The Champions.

During the final, the hosts Ant and Dec suddenly halted the show with the shocking revelation that anxiety and depression in children has risen by 48% since 2004. They called for a one minute’s silence on the show so that viewers at home could turn their attention from the acts competing for the BGT crown to focus on one another instead.

The campaign then continued into the following commercial break, which started with an ITV ad for the initiative featuring the cast of some of the channel’s most well-known shows. This was then followed by a silent ad break takeover, where brands including Dunelm, Oral-B, Gillette, SEAT and Network Rail all donated their media to raise attention to the important cause. The campaign also appeared on social, with a social media blackout to mark World Mental Health Day, and in striking print executions that appeared like TV listings but instead of the programme guide, the copy featured moments of connection between people when they open up to each other. 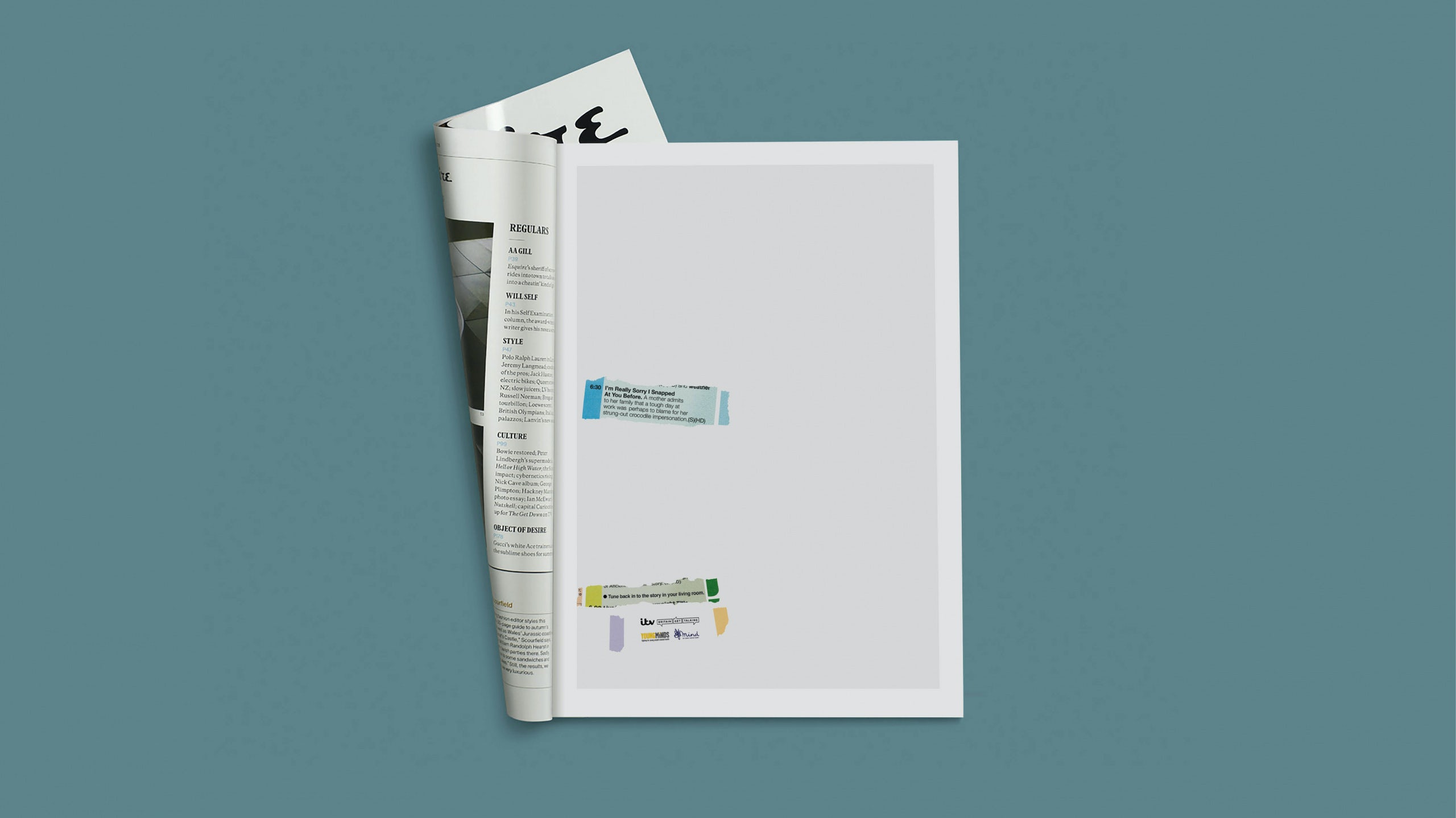 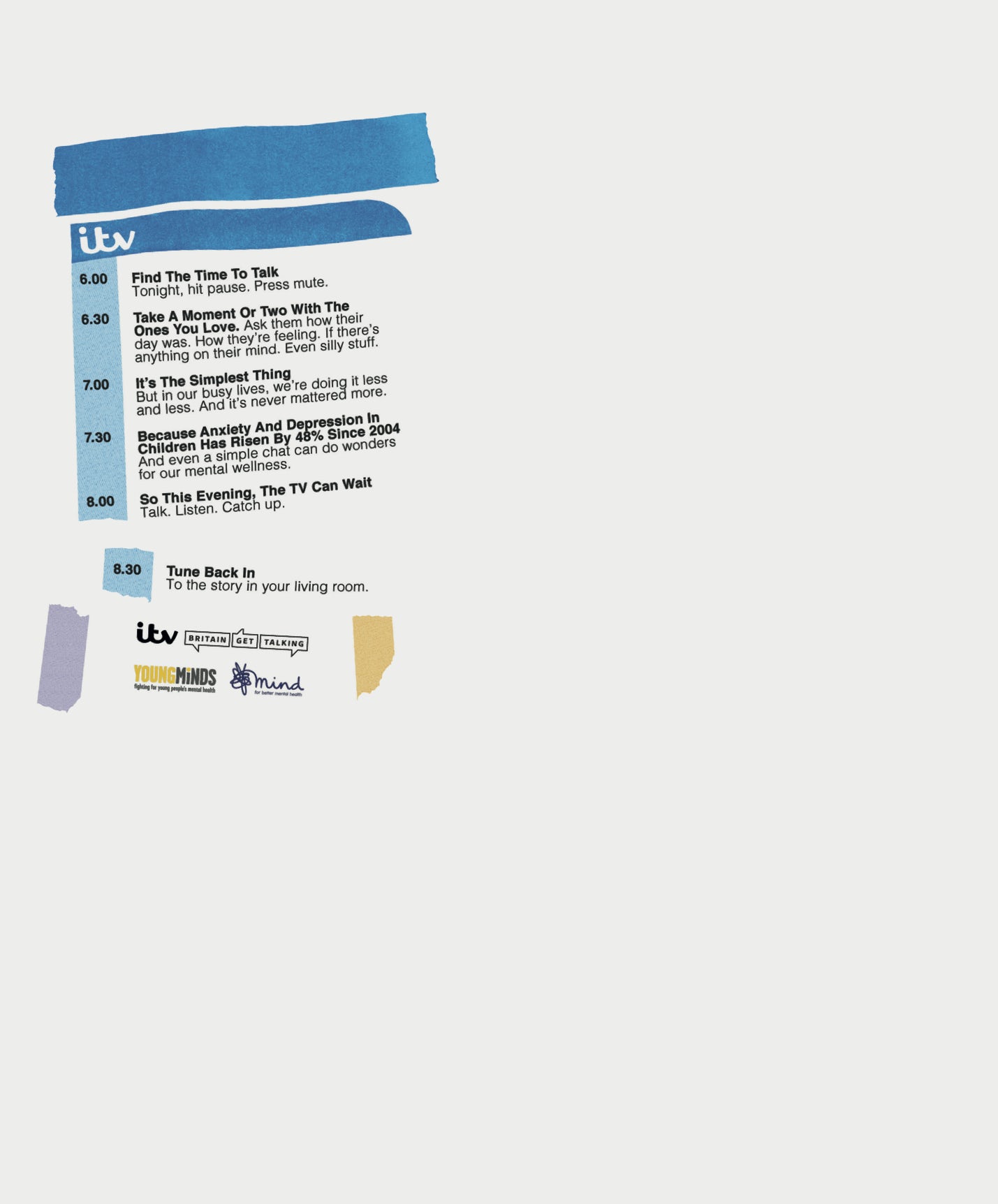 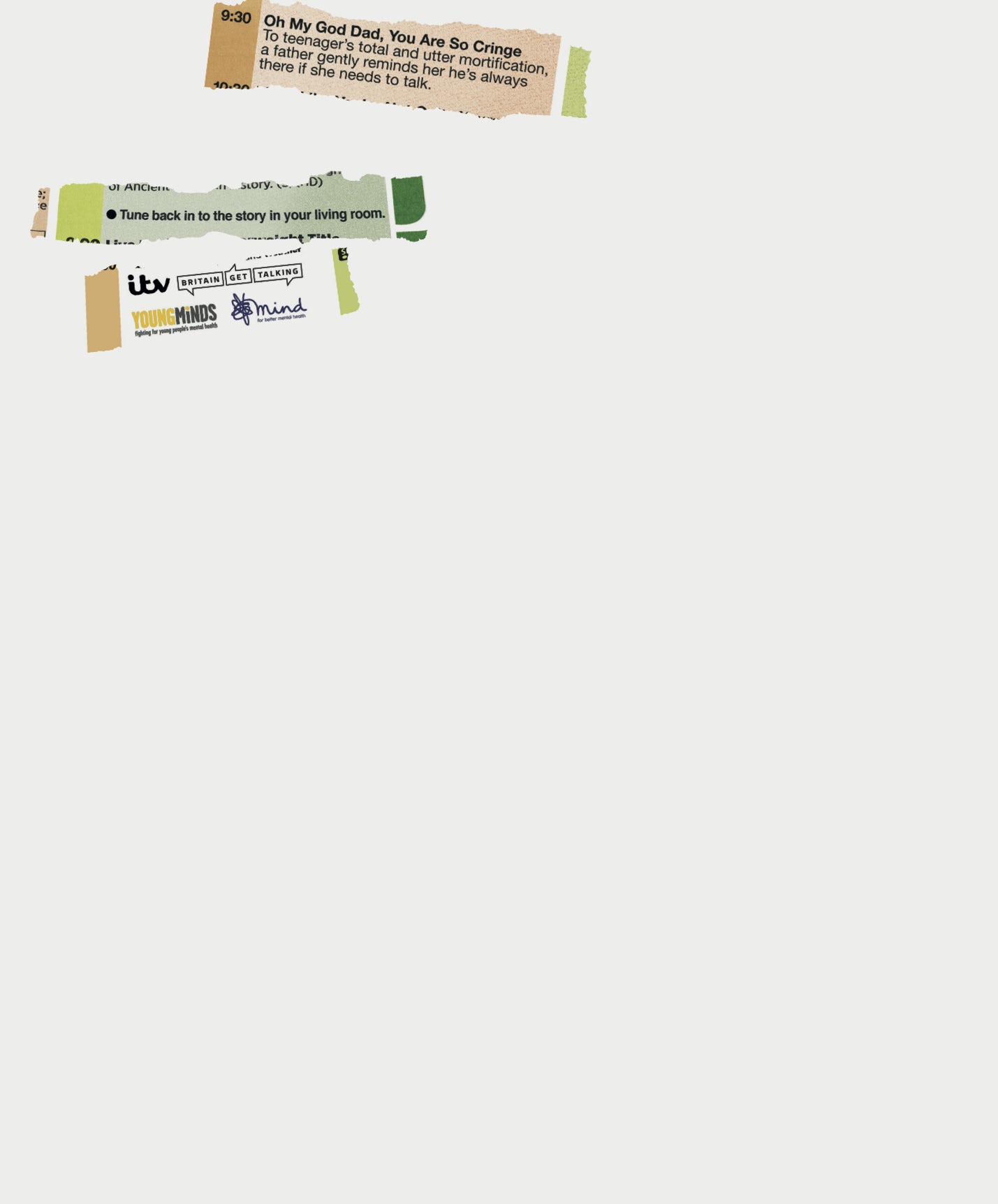 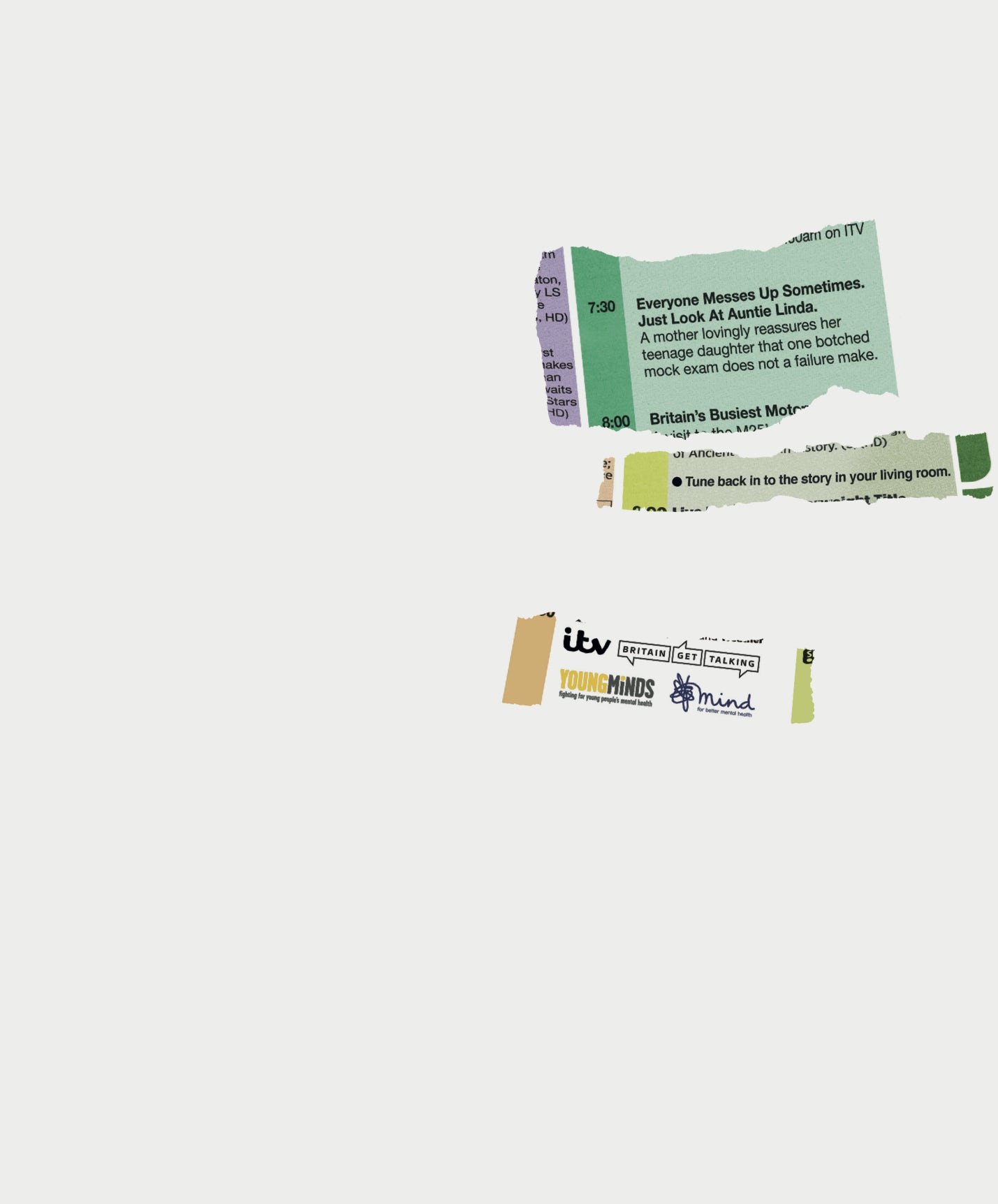