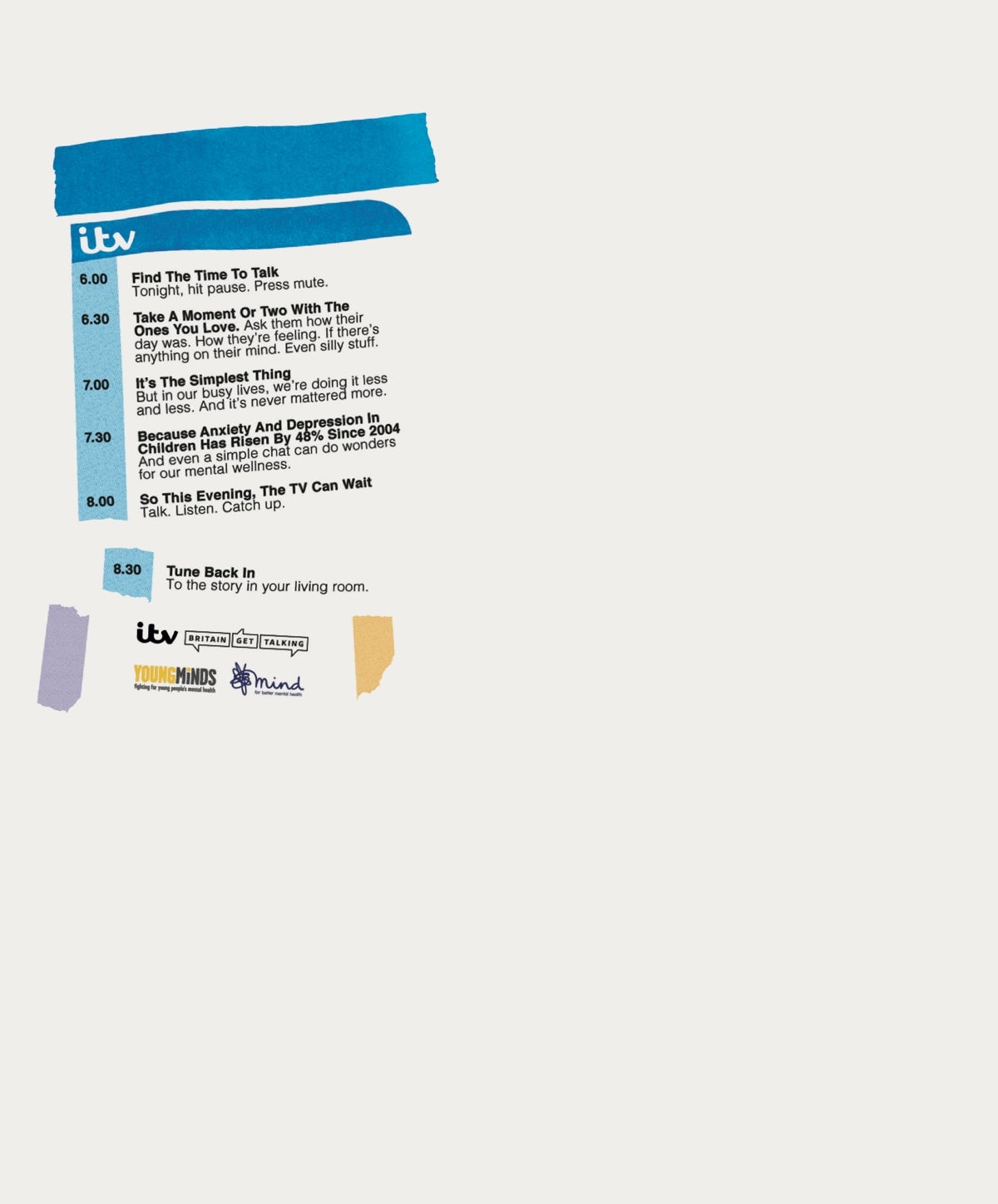 The art direction for the new print campaign riffs on the format of classic TV listings, using jagged edges to make it seem as if pieces have been ripped out of a magazine. At a glimpse it looks like just another description of a TV show, but a closer look reveals a different message.

The ads remind readers of the value of stopping to check in on someone, ask how they are, and take a moment to have a chat – even if this means pausing the football to do so. It’s surprising to see a broadcaster encouraging viewers to take their eyes off the TV, but it’s all part of ITV’s Britain Get Talking initiative, which hopes to persuade people to communicate more and improve their mental wellbeing. It follows on from a series of TV adverts showing well-known ITV presenters offering a moment of quiet, in which viewers can turn to one another and chat instead. 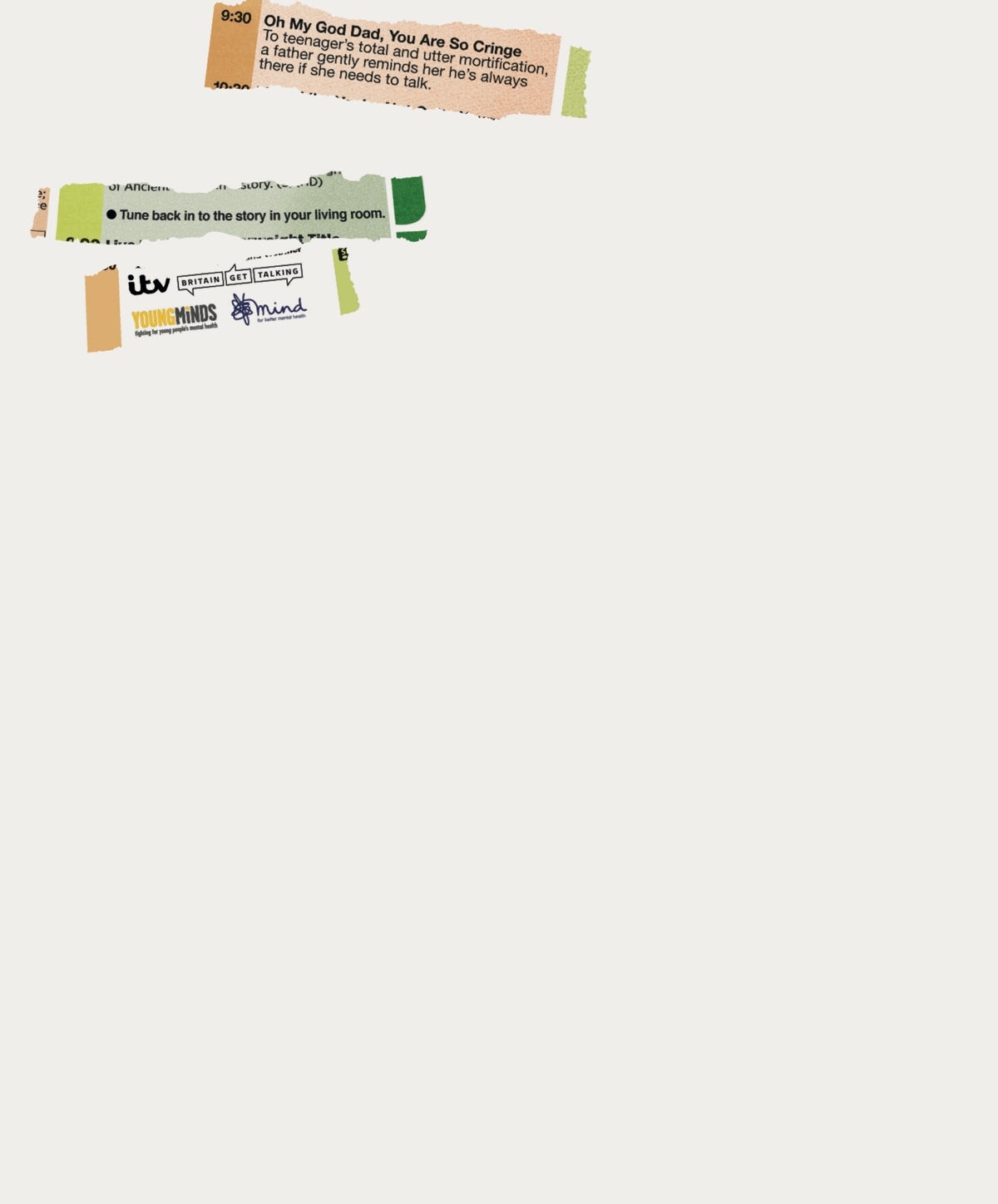 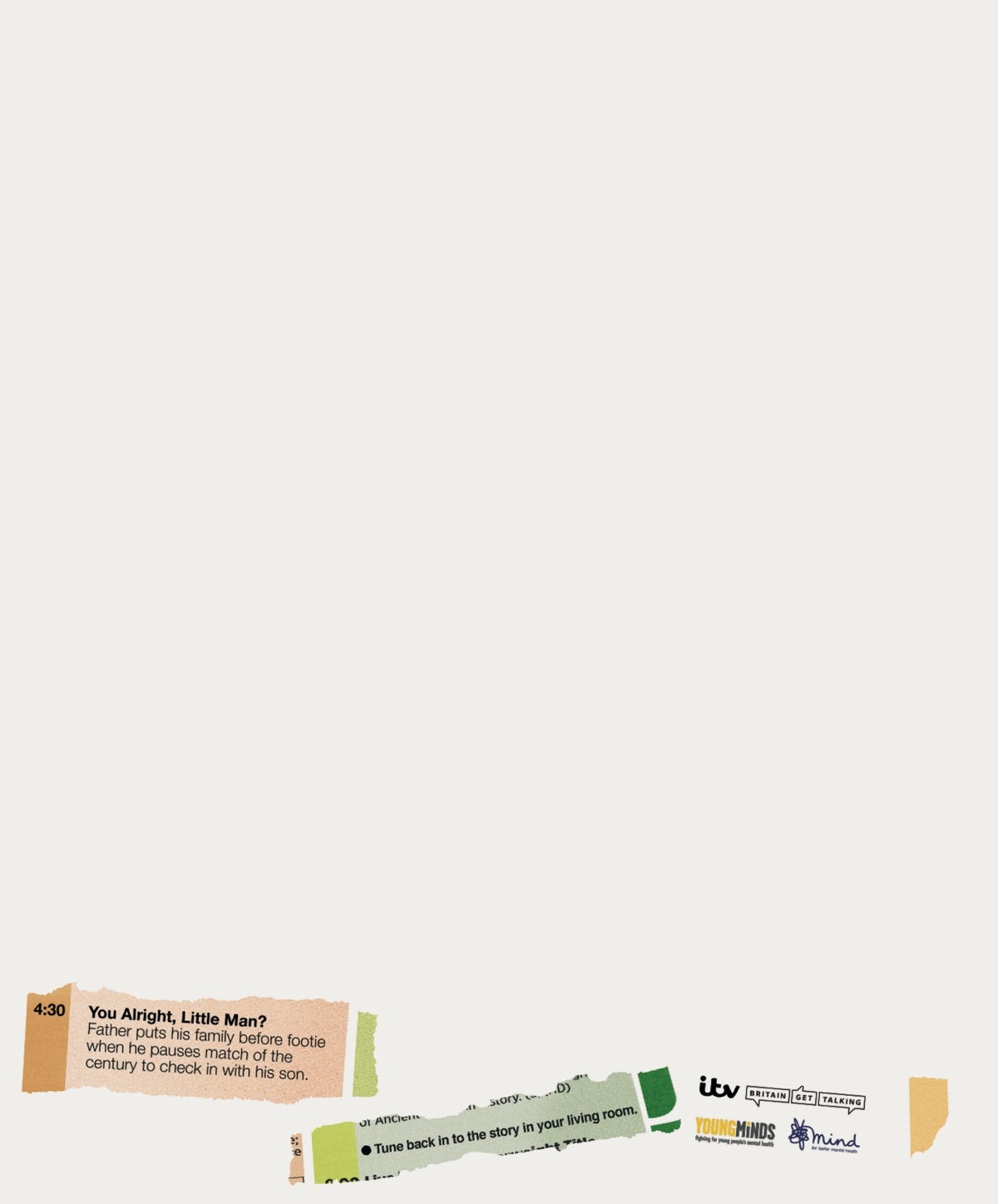 The print campaign is cleverly done, particularly in its liberal use of white space, which obviously conveys an important metaphorical point while also standing out from the image and text-heavy print ads it’ll be competing with. It’s somewhat reminiscent of Grey London’s 500 Years of Stories campaign for Tate Britain – art directed by Uncommon founder Nils Leonard – which used similar text-only ads to connect people with the gallery’s artworks.

The ads will appear across papers and magazines including The Guardian, The Observer, and The Sunday Times Culture Magazine.