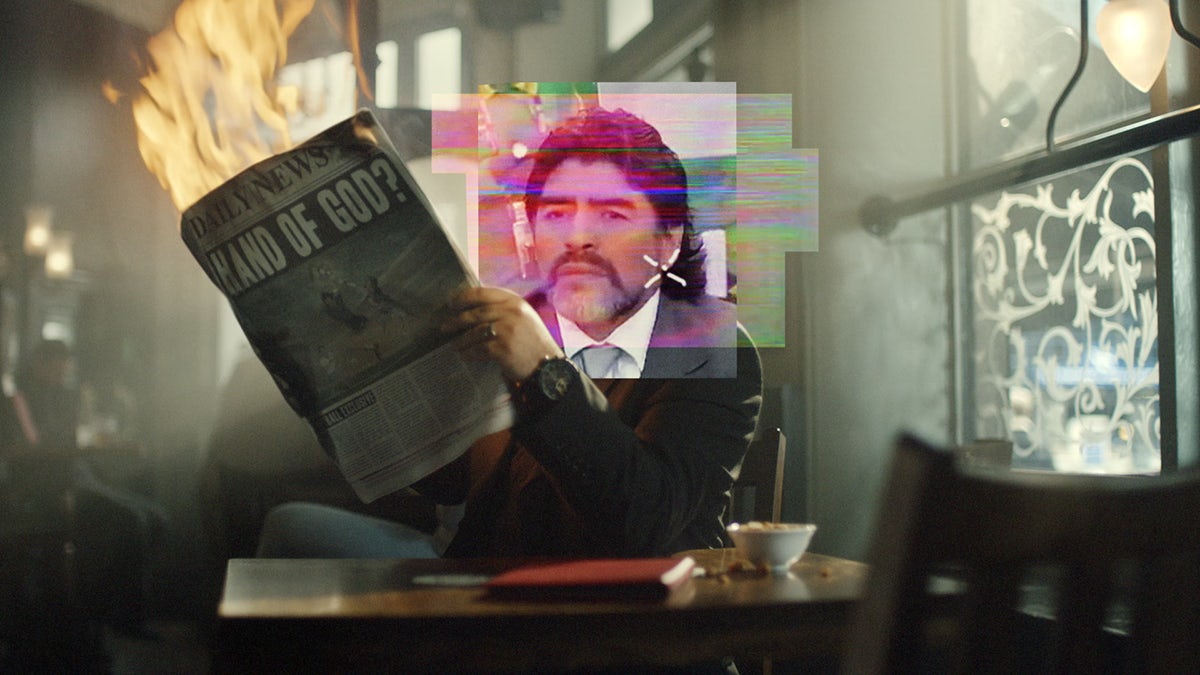 According to ITV, its World Cup campaign “is a call to arms to football fans all around the country, encouraging them to forget two things. Forget the burden of the past, the highs and lows of previous World Cups… And forget their pre-conceptions.”

Made with German director Hauke Hilberg, the promo features moments from the collective World Cup fan memory that, ITV claim “fans and players alike hang on to too tightly”, with a mixture of existing footage, post techniques and specially shot scenes. The voiceover is by Ashley Walters.

The emphasis on forgetting everything that has gone before is an odd strategy – a little bit defensive, as if it is trying to anticipate the fact that widespread disillusionment among England fans means that international football is really struggling to maintain its position, particularly when compared to the Champions League. The FIFA scandals and England’s consistently underwhelming performances, added to the reluctance some fans might feel to get behind a tournament hosted by Russia, all add to the uncertainty about how well viewing figures will stack up this time round.

The montage approach works in this context and there are some nice touches around the integration of social media, but it does feel very familiar. Rumour has it that the BBC has gone for another very craft-based film for its World Cup launch (as it has done for big sporting events in the recent past), so there will be some very clear differentiation between the two broadcasters.