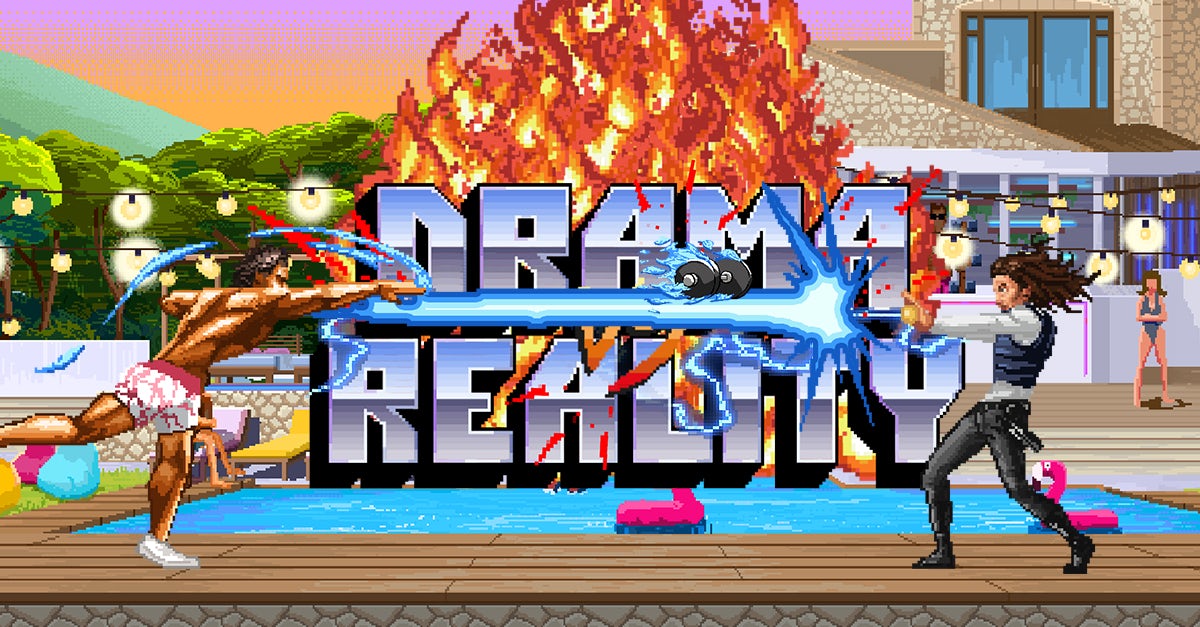 Uncommon had already turned ITV stars into pixelated characters for an outdoor campaign that debuted earlier this year, and featured animated ads showing the likes of Jason Watkins and Cem Ketinay, and Katherine Kelly and Ferne McCann, locked in combat.

They’re now part of a video game, which lets players select a character – all of which have their own special moves and catchphrases – and do battle with a succession of opponents. Fights take place against a backdrop of familiar locations, including the Love Island villa, the I’m A Celeb campsite, and a period drama drawing room – all lovingly recreated in pixels, and including their own Easter eggs for fans to find.

Even ITV’s sonic branding has been rendered as a compressed 16-bit soundtrack, and theme songs from shows including TOWIE and Love Island have been recreated using 90s-era synths.

The references are obvious – particularly for anyone that spent their childhood years glued to a games console, mashing buttons and trying to master Chun-Li’s Lightning Kick – but that’s what makes it all so charming. And it’s clear that Uncommon has devoted an unusual level of craft to creating the parody, working with motion graphics creators Rave Growl and digital production agency Node London to complete the game, which it says relies on a combination of several hundred drawings.

To further cement its links with the world of games, the agency has also set up a Twitch livestream for the end of August, which will feature a “special well-known host”, and pit players and influencers against each other.

“Gaming and advertising are a natural partnering that doesn’t get enough air-time,” says Nils Leonard, founder of the agency. “More brands should be playing in this space connecting to millions through gaming experiences.”