Right now, Jean Jullien was supposed to be celebrating the launch of Slice, his first solo exhibition of paintings at New York’s Chandran Gallery. Instead, the show is yet another victim of the Covid-19 cultural calendar, and is currently postponed until September.

Rather than accepting defeat though, Jullien decided to put his thinking cap on. “After deciding to delay the physical show until further notice, Amanda Krampf (the director of Chandran Gallery) and I put our heads together. Since everyone had to stay at home, why not bring the show into people’s homes with Chandran’s first-ever virtual show,” he says. 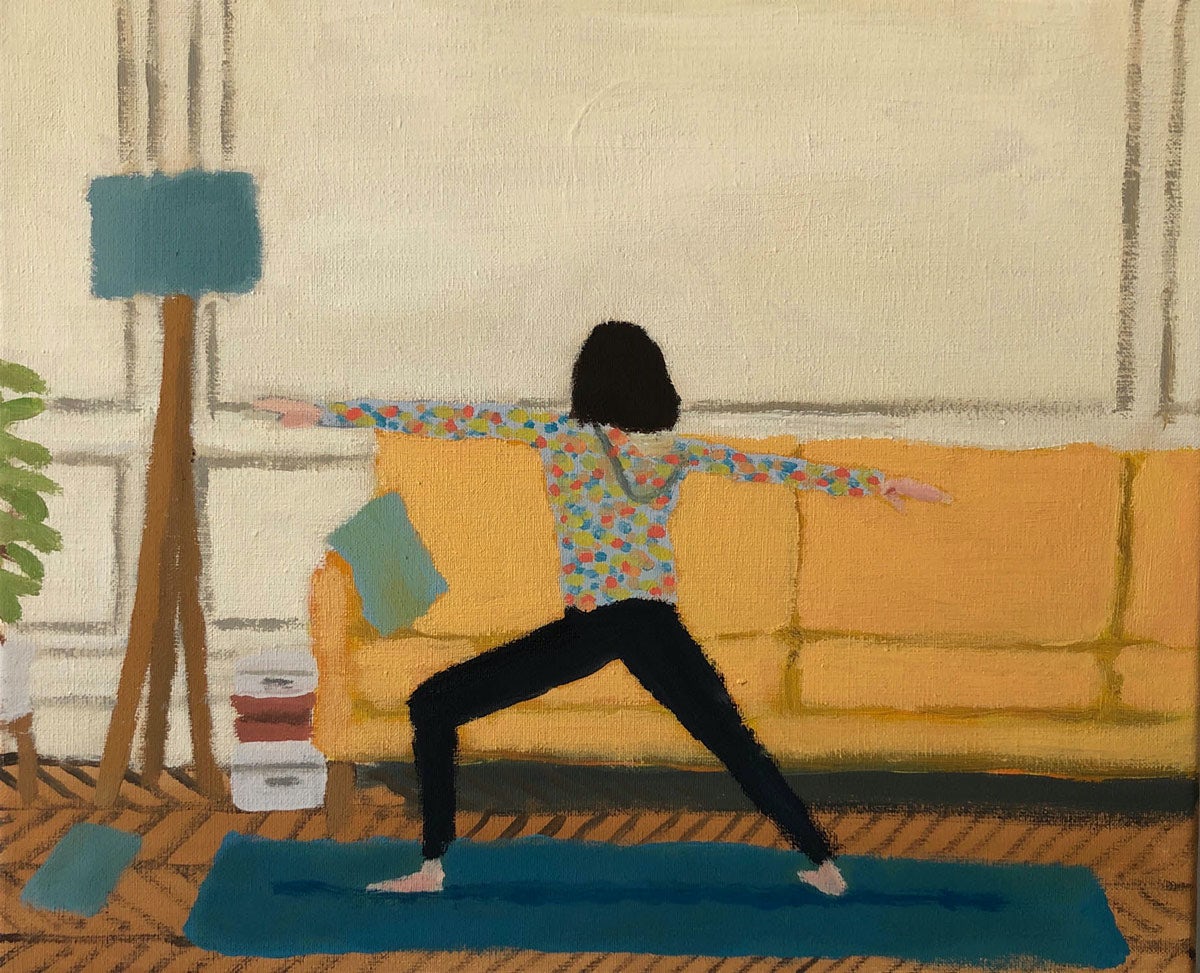 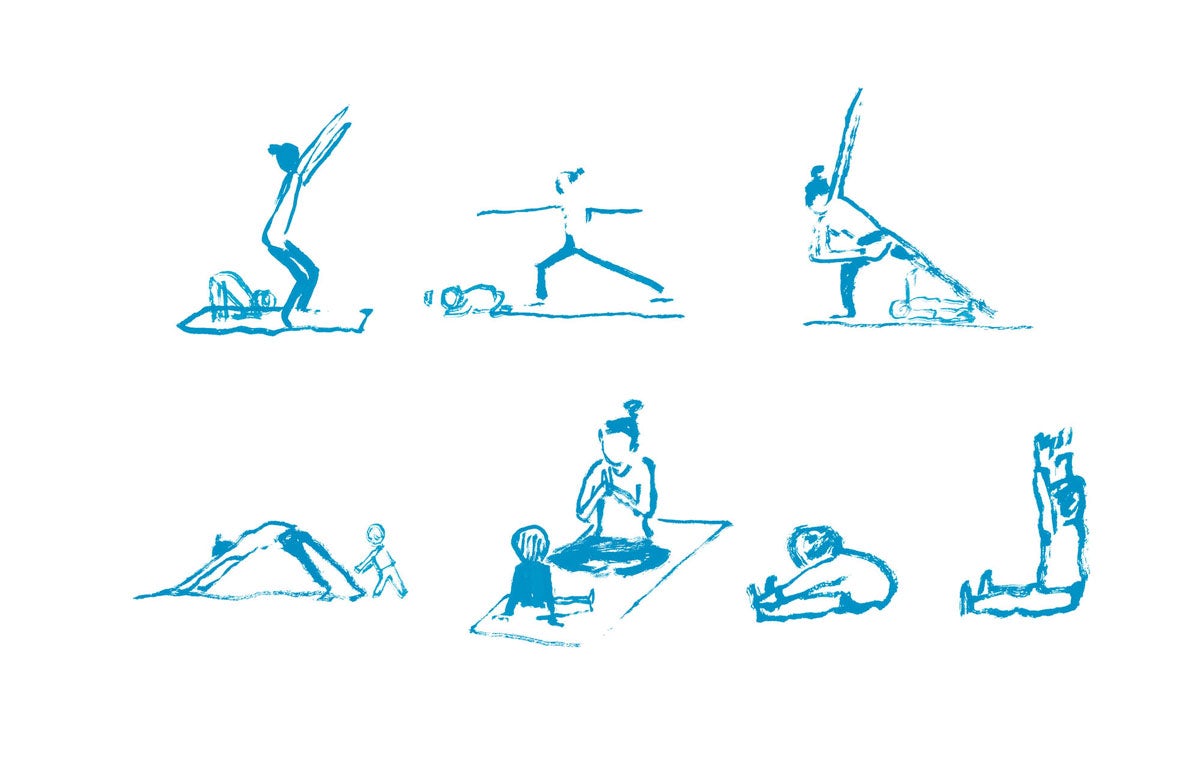 The result is the aptly titled Home Slice, an online prequel to Slice, which has been designed by Studio Julia and Nicolas Jullien, and brings Jullien’s paintings directly into our own homes.

The titles of both shows are a nod to another Jean Jullien, the 19th century playwright who coined the idea of ‘slice of life’ theatre as a means of expressing the beauty in the mundane. 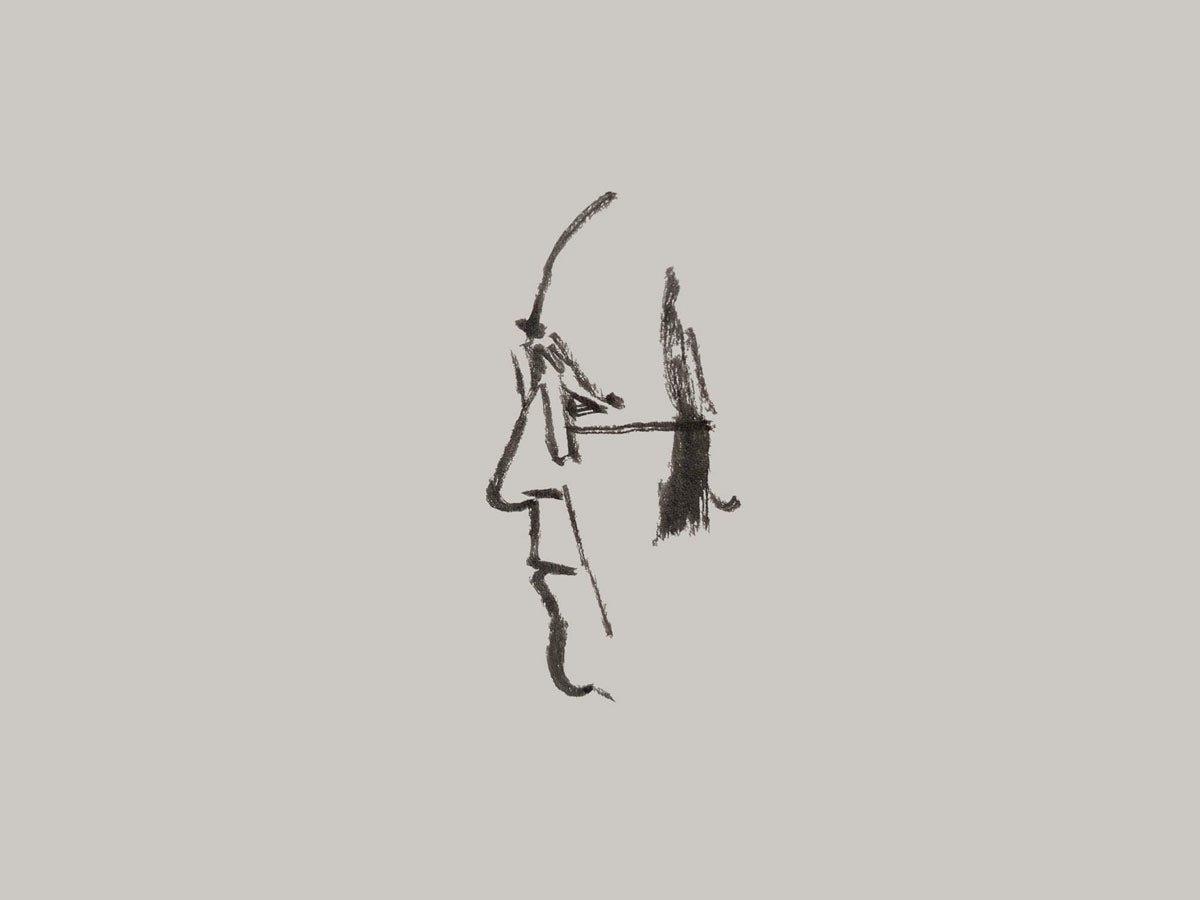 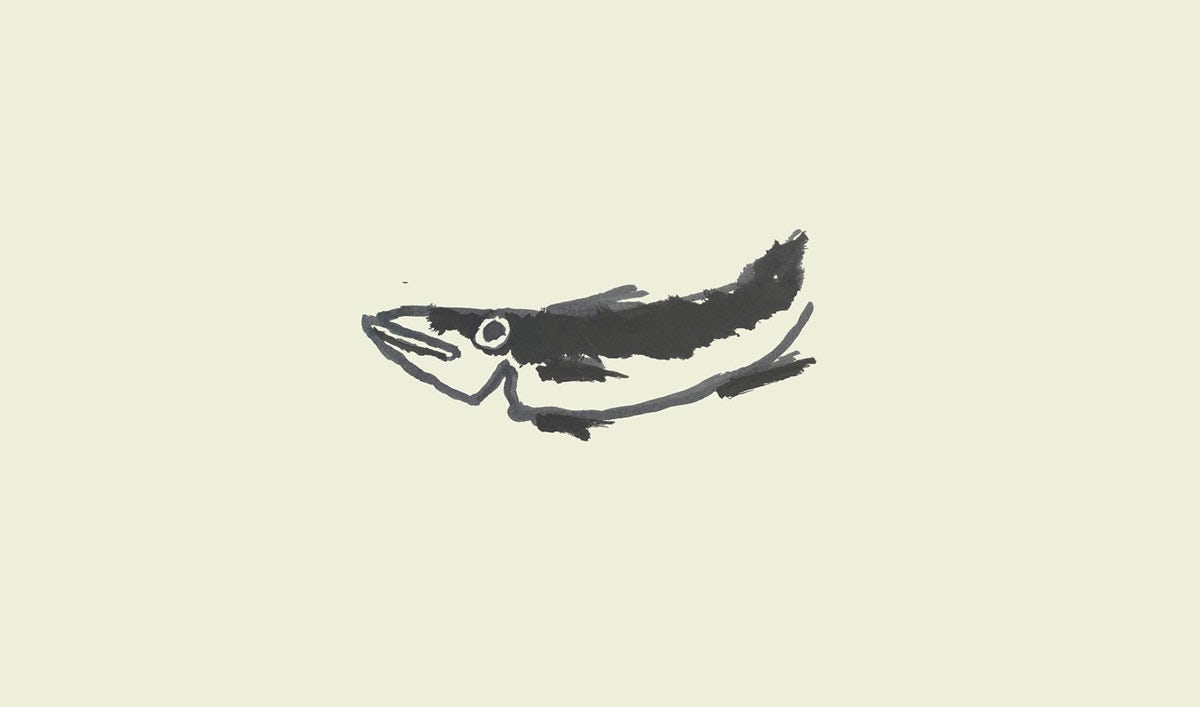 “The saying makes a lot of sense in the context of what I paint: daily observations, interior scenes, family moments and the like,” says Jullien. While the illustrator is known for his humorous depictions of the human condition, his paintings focus on the often overlooked quieter moments of daily life.

These moments range from a DIY yoga class to outdoor pursuits such as beach walks and even mowing the lawn. “With painting, I enjoy trying to tell more, to visually translate moments. The time told is longer, the action less immediate, the point less important,” Jullien adds. 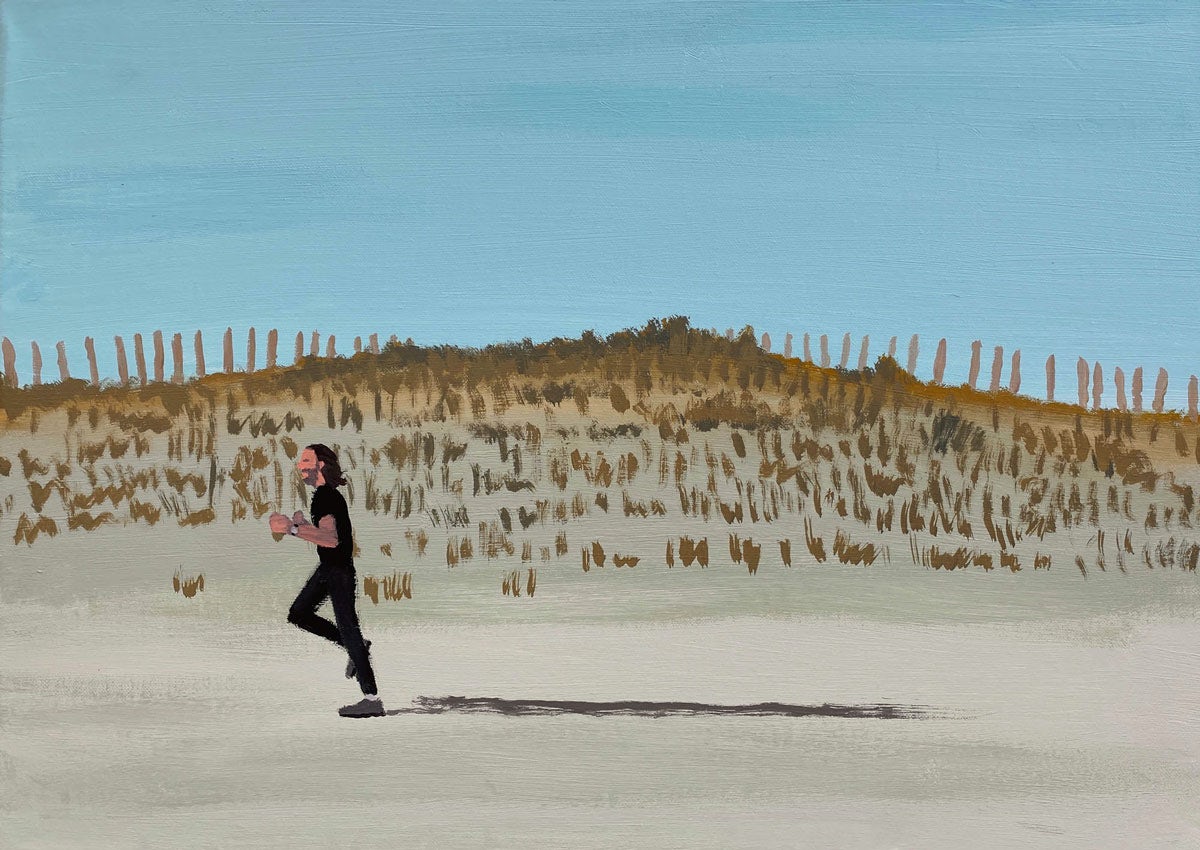 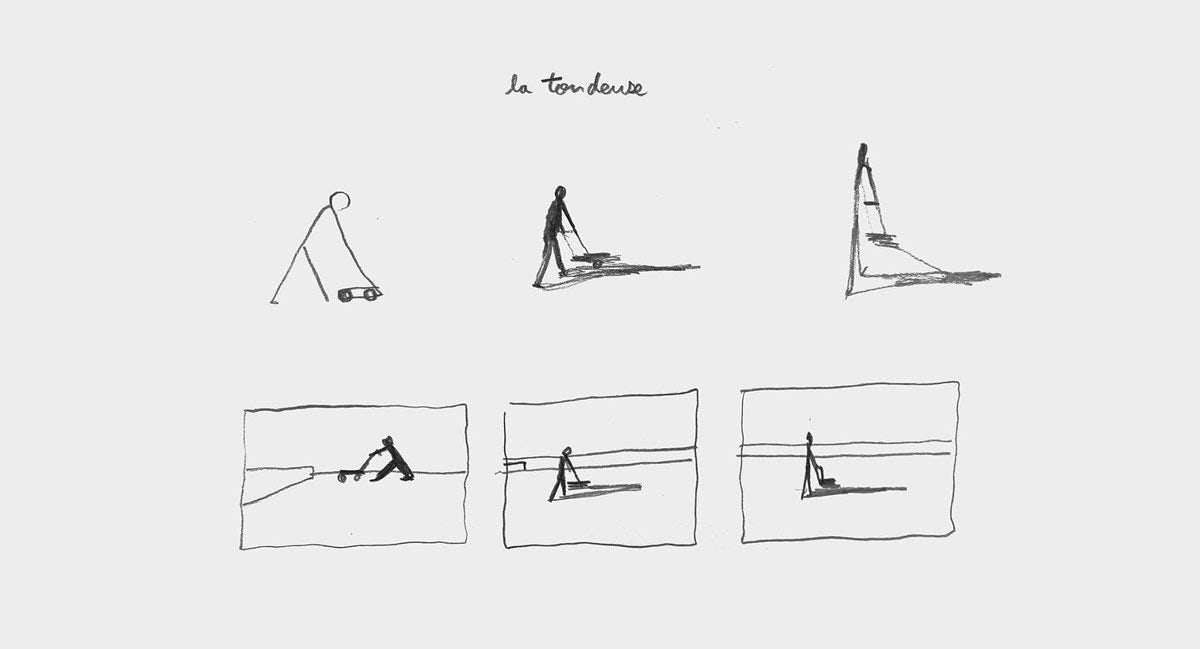 As we all grow accustomed to living our cultural lives virtually for the time being, the website for Jullien’s show is an example of how artworks can be displayed beautifully online. Featuring smooth, unobtrusive design, the site provides a great way of viewing Jullien’s work from the comfort of our homes.

A percentage of the proceeds from exhibition sales will go towards the work Fondation de France is doing to help healthcare workers, researchers and vulnerable groups during coronavirus.