Clothing retailer Jigsaw has released a series of posters which spell out the importance of immigration to the brand. In a text appearing on the posters, it states: “As a clothing brand we couldn’t do what we do if people weren’t free to move around. Without immigration, we’d be selling potato sacks.” In another poster, it states that the brand is “crafted by 45 nationalities”.

As Britain negotiates its exit from the EU, immigration and freedom of movement are endlessly discussed issues, so this campaign is a bold move in a sector that tends to avoid making overtly political statements. Plus, while immigration was alluded to in a number of US ads that aired during the Super Bowl (and were perceived to be anti-Trump), Jigsaw’s campaign by contrast is refreshingly direct and positive about the subject. 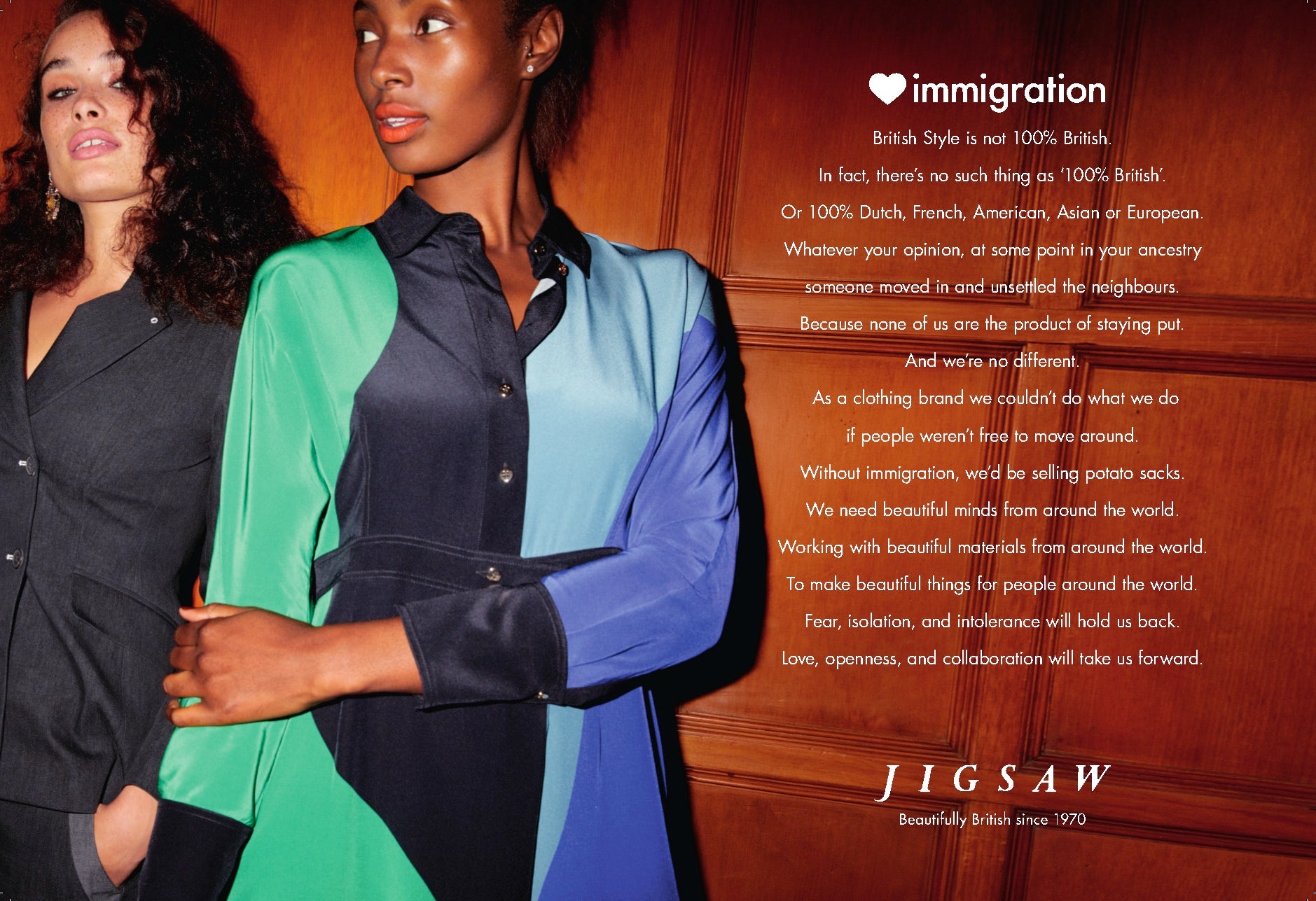 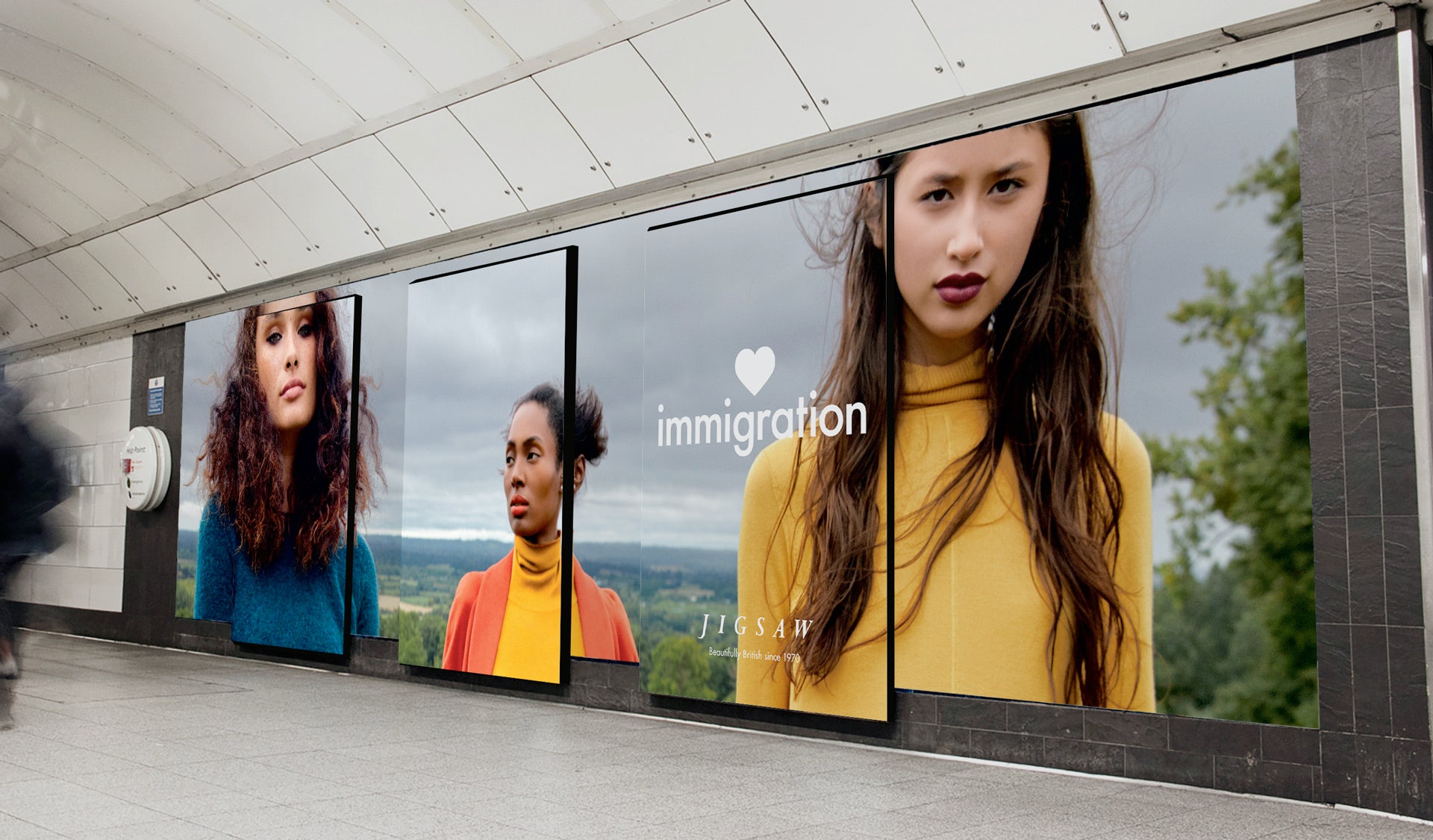 It is not the first time the brand has used its advertising to make social statements: in a campaign from 2015, billboards for Jigsaw appeared showing models posing against a backdrop of rubbish in landfill, alongside a tagline stating ‘For life, not landfill’.

The run of campaigns, all created by The Corner, form the picture of a company that is socially conscious and isn’t afraid to shout about it, loudly and clearly. 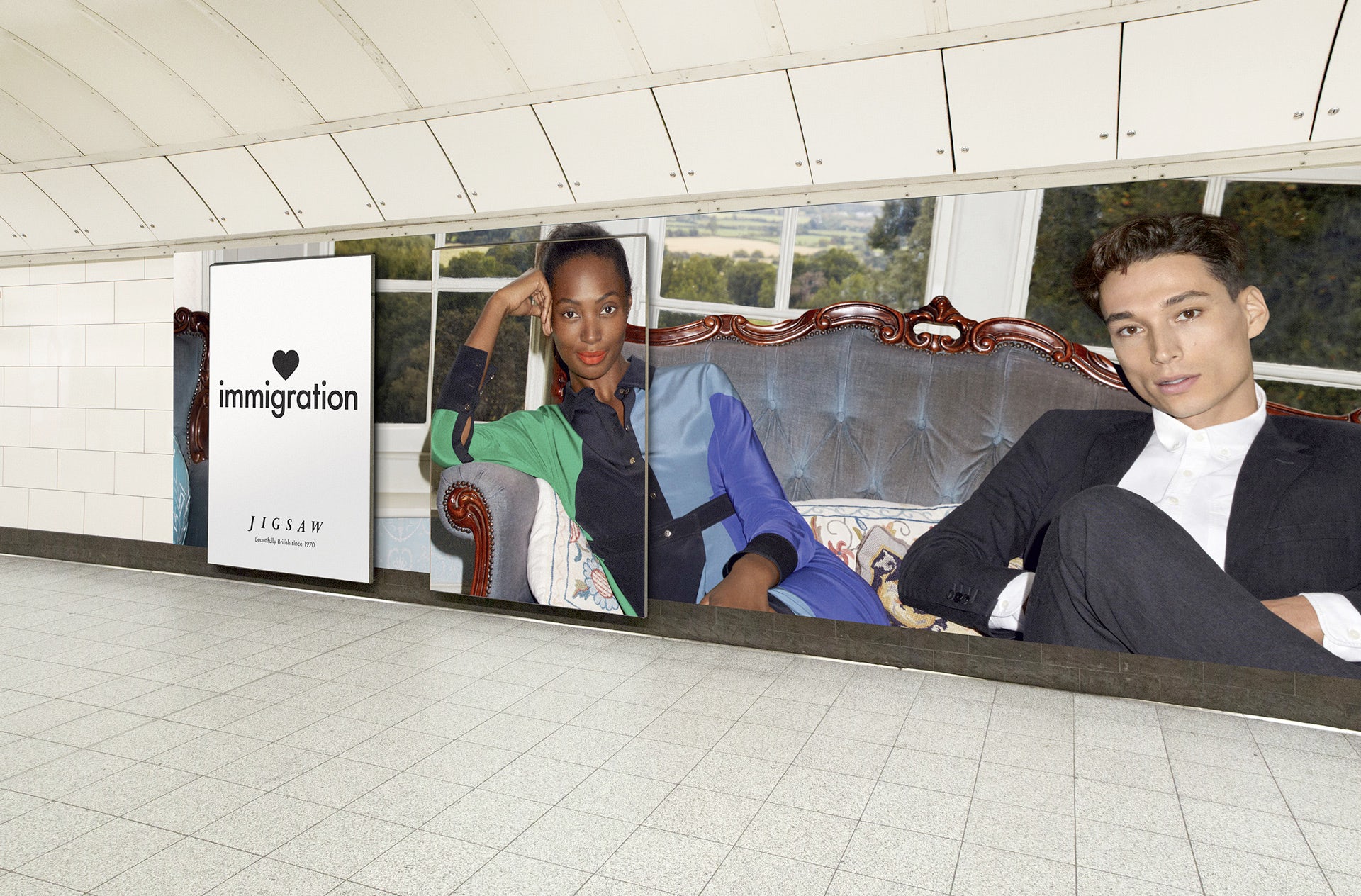 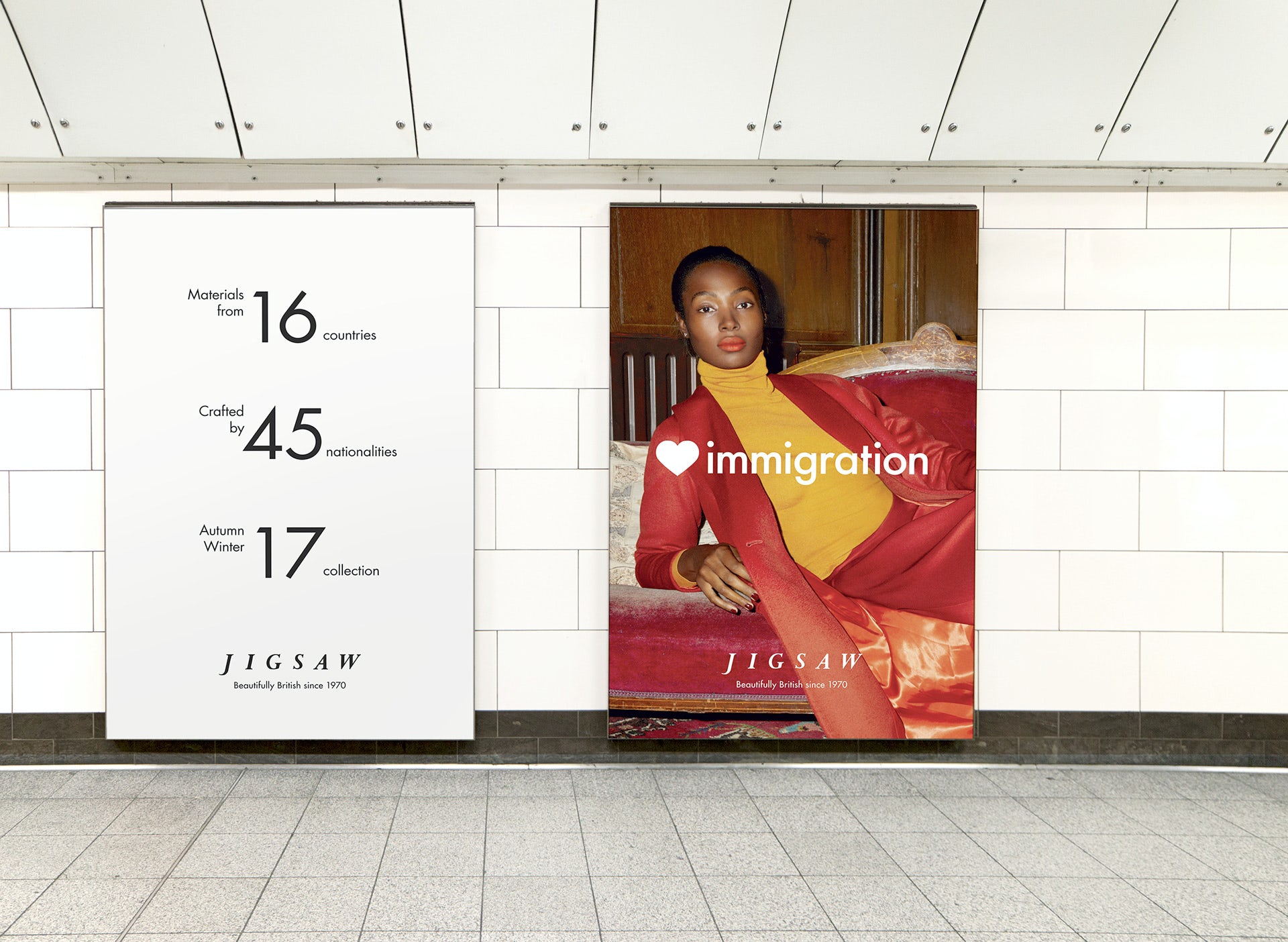