First set up on Bleeker Street in New York’s West Village in 1996, Magnolia Bakery played a significant role in the boom in popularity for cupcakes in the 90s, which has endured pretty much ever since.

After experiencing a pop culture moment when Carrie and Miranda were shown chatting about their love lives over cupcakes from the store in season three of Sex and the City, the brand has expanded to other sites across the city, and the world, and now plans further growth as well as giving greater focus to its direct-to-consumer business.

To mark these developments, JKR has created a new brand identity, which draws on Magnolia Bakery’s original, somewhat whimsical styling though refines it for more coherence, especially in digital. 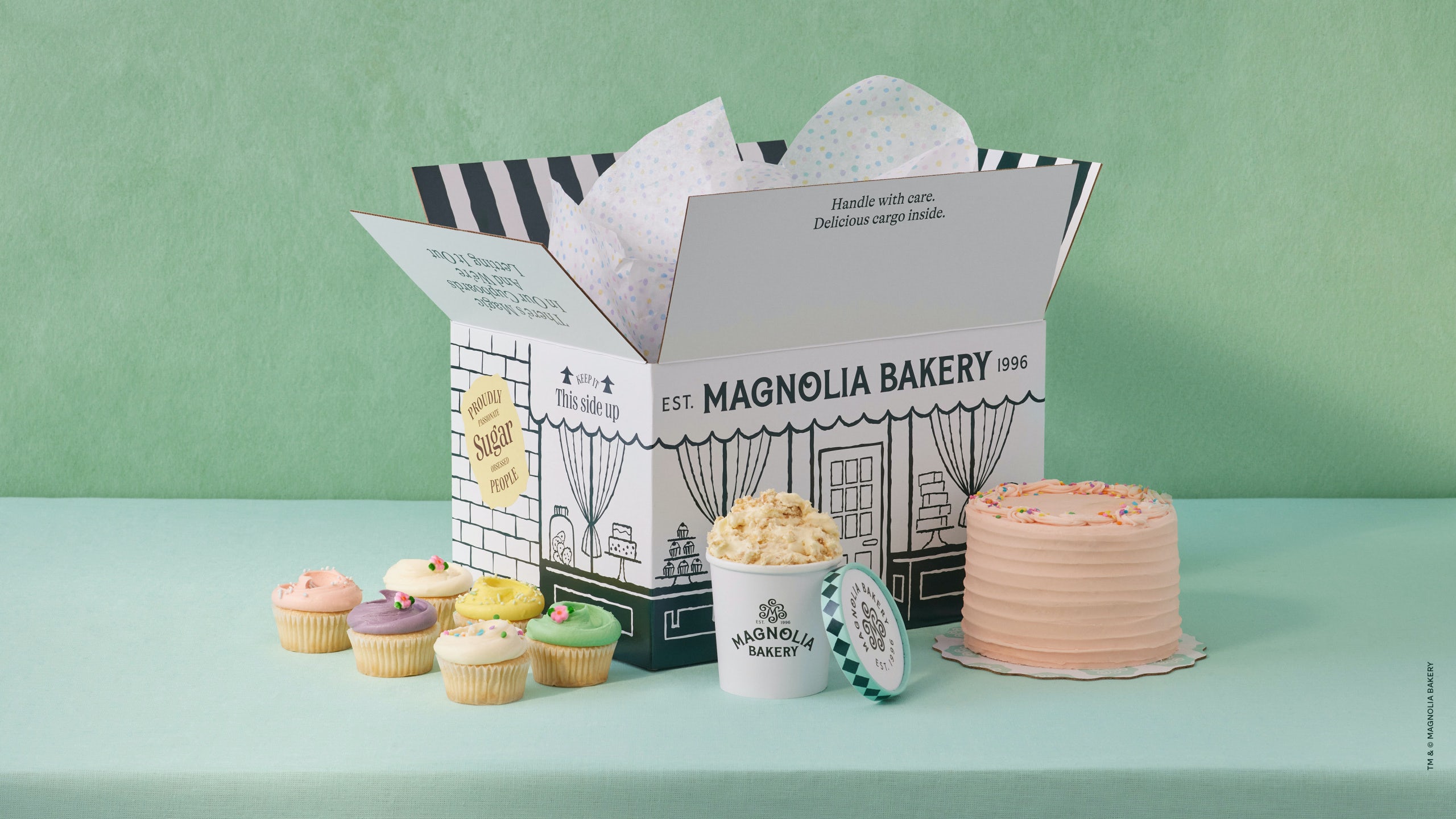 “We have created an identity that delivers on the brand’s deliciously indulgent in-bakery experience with a joyful and eclectic kit of parts inspired by our design strategy – a bite of whimsical delight,” says JB Hartford, group creative director at JKR.

“The new logo is inspired by the bakeshop’s trademarked cupcake swirl – which takes up to 40 hours to perfect! – and the live theatre of the bakery; mixers spinning vanilla cake batter, cupcakes being iced and banana pudding being scooped.” 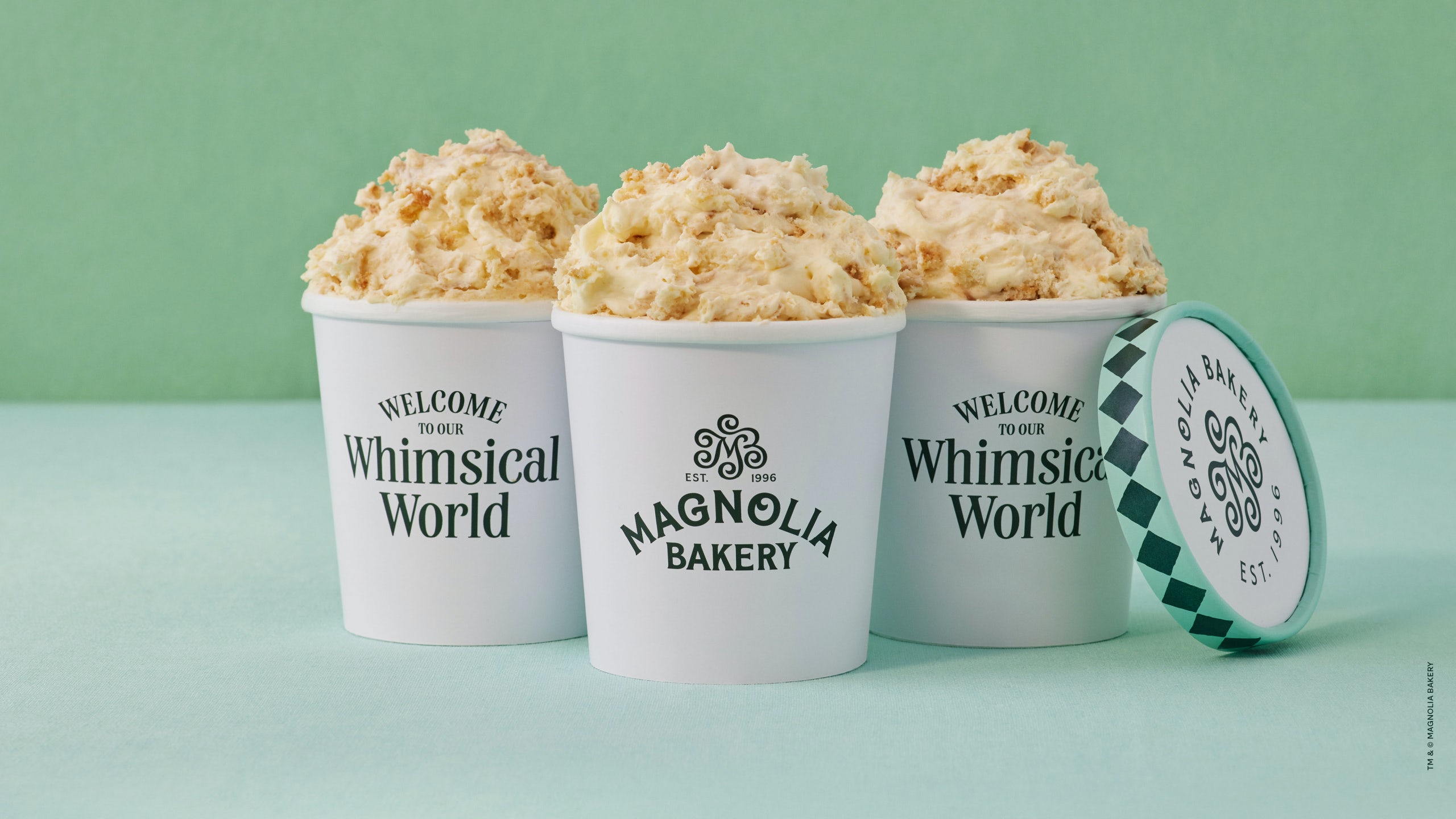 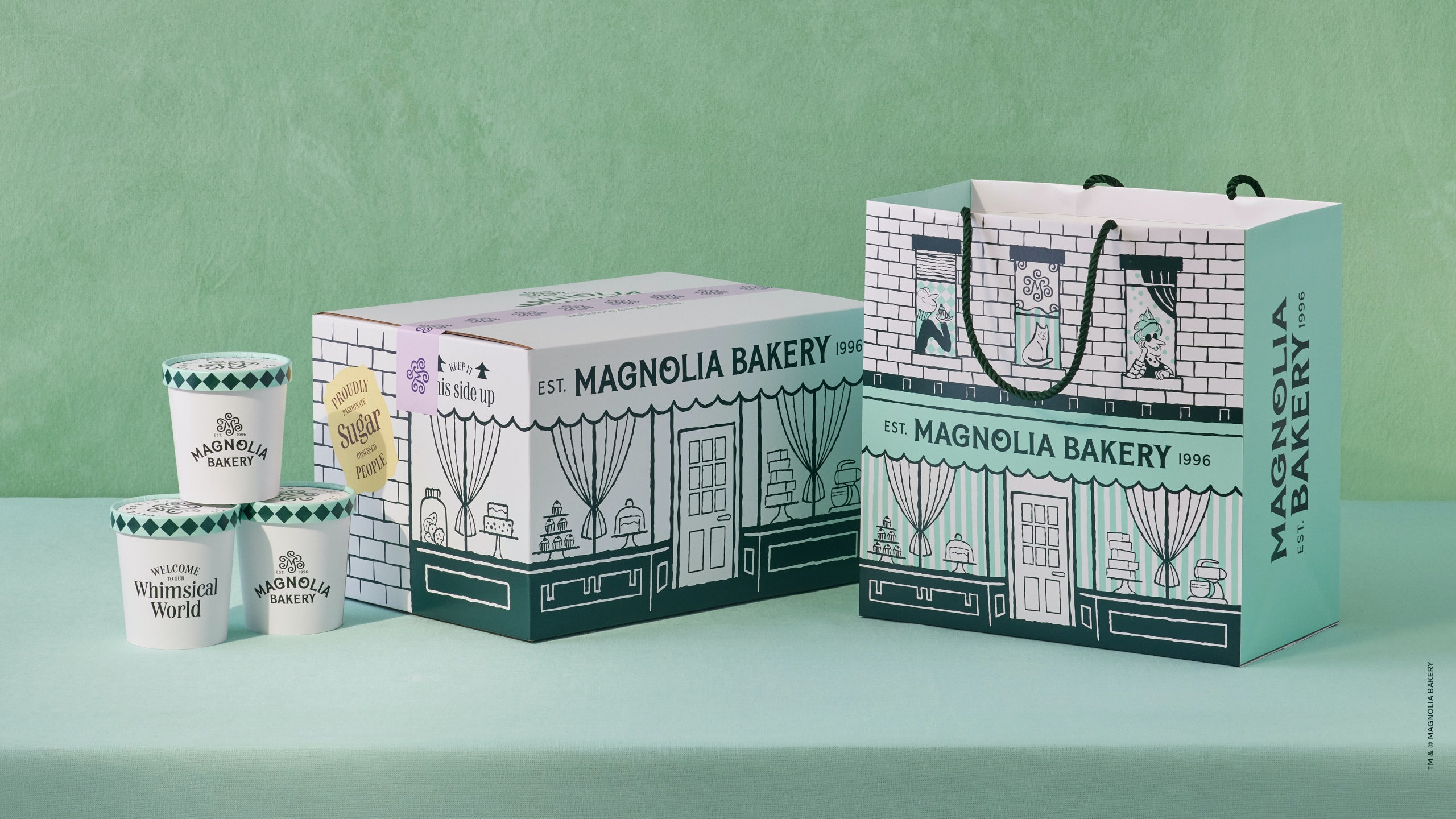 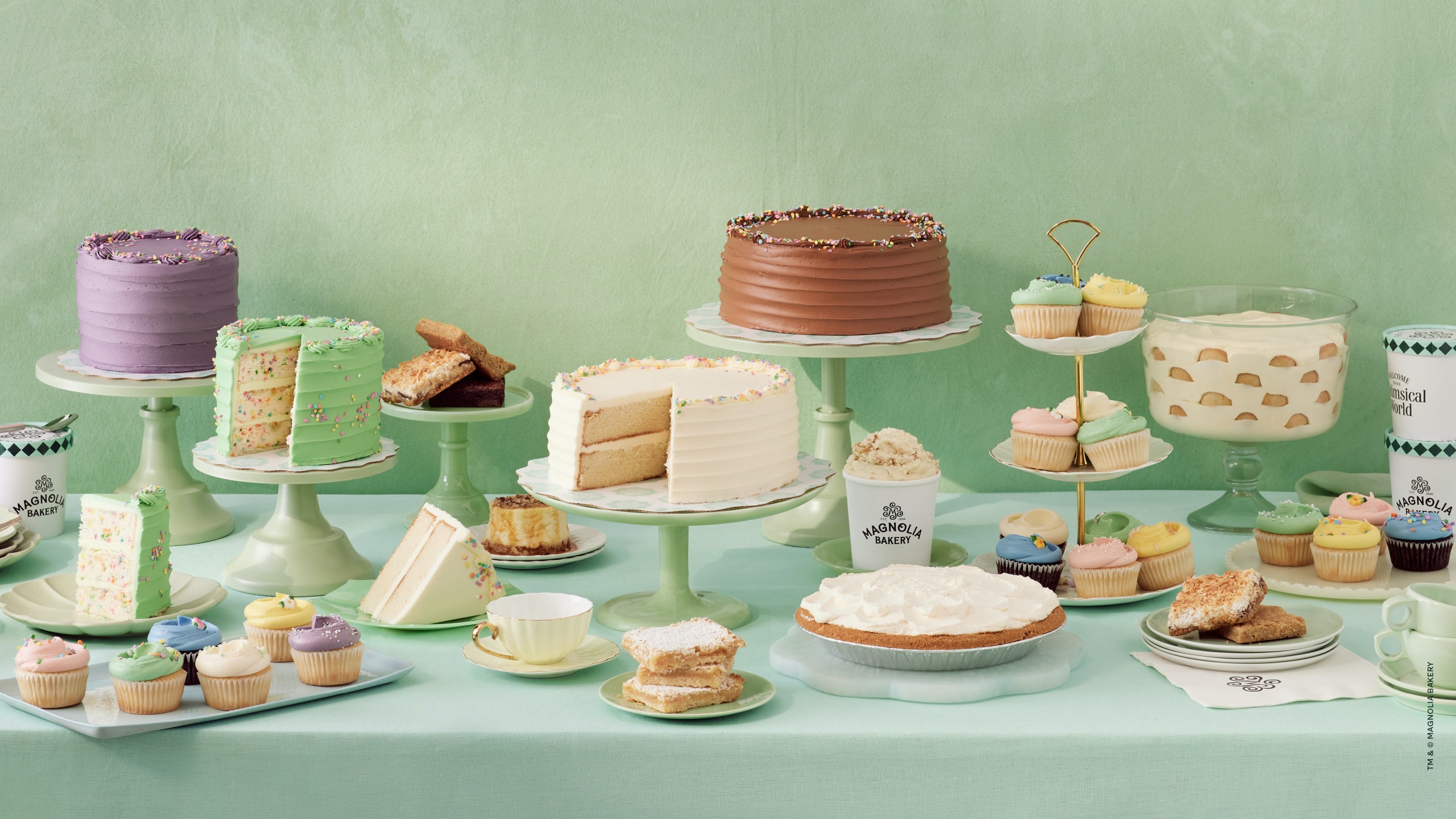 The updated core brand colour is inspired by the iconic green of the bakery’s walls, while other colours are drawn from its desserts and colourful sprinkles.

The brand’s West Village roots are still firmly evident in illustrations, though the wider system allows the brand to grow across different channels, particularly digital. Magnolia Bakery will roll out the new design elements over the coming months, beginning with its digital platforms, followed up by packaging and store refreshes. The brand will also continue to add new products to the D2C channel in the coming months.