As the world of work is turned upside down and the economy officially enters a recession, the prospect of finding a job looks rather bleak for graduates and emerging creatives.

However, all is not lost. While the process will require being strategic, patient and, crucially, persistent, there are opportunities out there, even if it doesn’t mean landing your dream role from day one. Of course, the work available will vary across disciplines, yet here are a range of general pointers to have the best chance of taking the leap into a new role in the creative industries.

From the best way to share your portfolio to tips on how to make sure you’re remembered, we’ve highlighted the most valuable insights shared by a number of design leaders in Creative Conversations for the Class of 2020, a recent virtual talk organised and hosted by design consultant Matthew Cockerill.

A portfolio is for many roles the first step in differentiating creatives from their peers, particularly for those just beginning their creative career. “Every student who graduates from a design degree in the UK is to some degree the same shape,” explains Jo Barnard, founder of product design agency Morrama. What she’s therefore looking for in new talent is an indication that they have made their own path beyond the university curriculum.

For Adrian Westaway, founder of design agency Special Projects, he wants to see fresh perspectives as well as a sense of curiosity in applicants, particularly if that curiosity has evolved into an idea for a project. “The folios that really stand out communicate that someone’s been curious about something. We had someone who’s really into their local market, and started discovering and it turned into a really brilliant project,” he recalls. This curiosity goes for skills and techniques too, since the studio is bringing in varied projects that require the team to learn new techniques all the time.

For Will Howe, director of industrial design studio Map Project Office, the team are looking for a range of skillsets and interests that could be useful in the future. “You might have a passion for photography or filmmaking or coding, and I would always think about how we can plug that in in different ways so we can deliver projects in new ways.”

However, just as important is the ability to demonstrate process. “We put a heavy emphasis on strategy and thinking, so when we see a portfolio we like to see the process you’ve gone through to get to the final stage,” he says. “We’re not necessarily interested in what the final product is or looks like, it’s more about how you got there.” 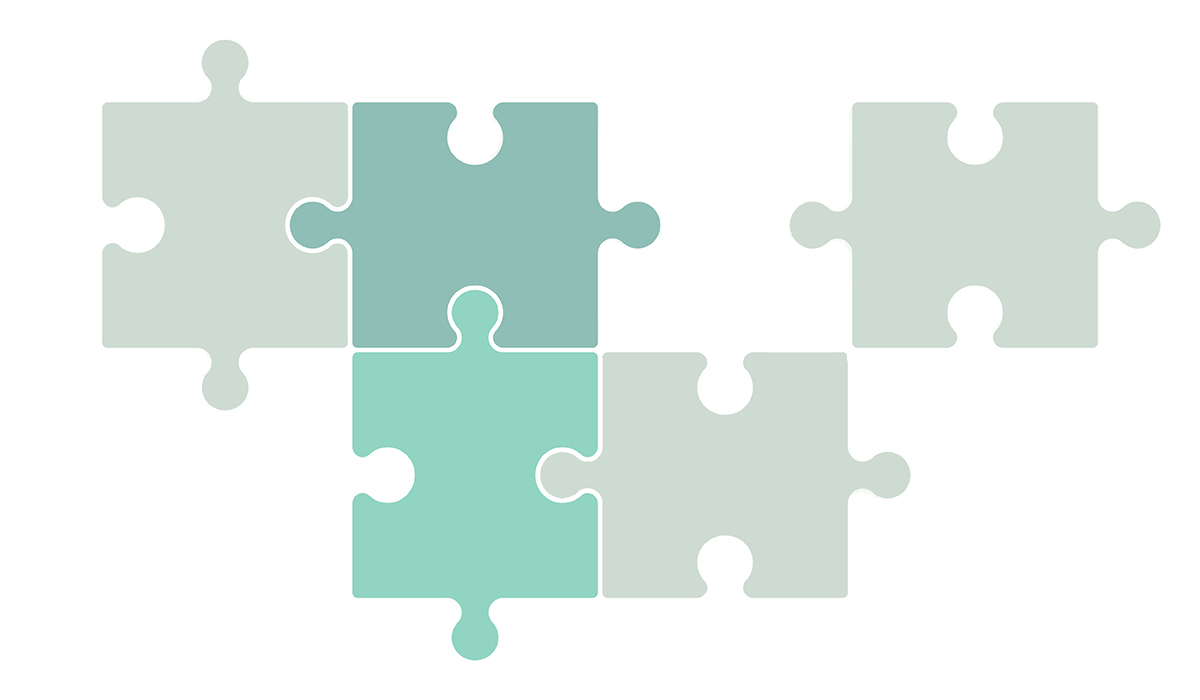 Creatives understandably want to show off technical skills and polished results, yet it’s crucial not to overlook the steps before a final product since juniors or interns may be more involved in research and ideation to begin with, rather than producing final stage work for clients. “It’s more about thinking, strategising, understanding brands and breaking them down,” says Howe.

Barnard notes that because technology is becoming more advanced, naturally the temptation is to show the most fully formed version of a project in portfolios. However, sketching, displaying early iterations and showing that you don’t “rely on software” are just as crucial for her, as she wants to see “the ability to think offline, to think off-screen, to be able to sit in a room with nothing but a piece of paper and still be able to come up with ideas … and to use what’s around you to quickly turn ideas into something that can be communicated into something else.”

The bottom line is that portfolios must be pleasing to the eye. While this doesn’t mean all personality needs to be removed, creatives need to show that they can communicate effectively. “Everything needs to have that level of clarity and refinement,” Howe says. “I see a lot of portfolios where they’re just trying to cram so much information onto one page it becomes unreadable.”

“The difficulty is you’re always going to be in some ways judged by the weakest project, but that depends very much on how it’s included,” Barnard says. “If you’re able to go back and critique that or go back and improve on it or explain what you’d do differently, that shows growth.” Likewise, if the project is limited by the disruption to studies, or a lack of technology available at home, Barnard believes that can be used to a creative advantage. “I think that in itself can be a really interesting challenge – how can you put together a portfolio that maybe is different because of those limitations?”

ENSURING YOU GET SEEN

A bloated portfolio is a sure-fire way to make an employer switch off. Anything in the region of three projects is deemed the magic number, and Howe says even one project can be enough if it demonstrates plenty of skills. “I can see from one sketch whether you can sketch or not – I don’t need to see 50 iterations on the page,” says Howe, pointing out that this isn’t just down to recruiters being time-poor – it also shows communication skills that may be needed in the role.

“We’ve got to go to multiple presentations every day for the clients; effectively what we do is about telling a story, it’s about communicating something and if you can’t communicate your work in 20 slides instantly it’s just a turn off,” he adds. “Sometimes we get portfolios and they’re 70 or 80 pages long – you’re never going to have the opportunity to have that many slides in a presentation, so you have to understand what you have to say and communicate it and distill it down to a really coherent set of slides in a way that’s presented really beautifully.”

The same applies for the initial introduction. Rather than write a lengthy email that will likely lose attention, Howe recommends simply communicating key points, such as what interests you about the company, agency or studio, and what you think you can offer. “Don’t then attach another cover letter with that – that happens a lot. You know, I’ve just read about you, I don’t want to read a non-abridged version!”

Barnard, who got her first job with a seven-page portfolio, agrees that concise is key. “In advertising you’ve got split seconds to convince someone to buy your product, so why shouldn’t you be able to convince me in split seconds why I should hire you in my team?”

Much of this boils down to the fact that some people in charge of hiring – particularly in smaller studios – simply don’t have the hours to spend on inflated portfolios. Barnard often goes through emails on her phone first thing in the morning, therefore websites that are slow to load (or worse still, broken links) and zip folders that she can’t open easily are likely to be skimmed past. Likewise, reams of email attachments or large files that swallow data are at a disadvantage. Unless websites definitely load speedily, she recommends a PDF attachment with the CV integrated on the first page along with a short introduction.

For Barnard, a personal introduction is considered the way to go (“the whole ‘to whom it may concern’ thing in the creative industry is just not needed”), particularly as it’s now usually possible to find the names of the individual, or at least the team, to address. She also highlights the importance of a personalised introduction: “I always like it when you say something nice about Morrama because it means that you haven’t actually just copied and posted it from the application that you sent to Will! I’ve definitely had it where they’ve left the name of the wrong company in, which immediately puts you in the bin.” 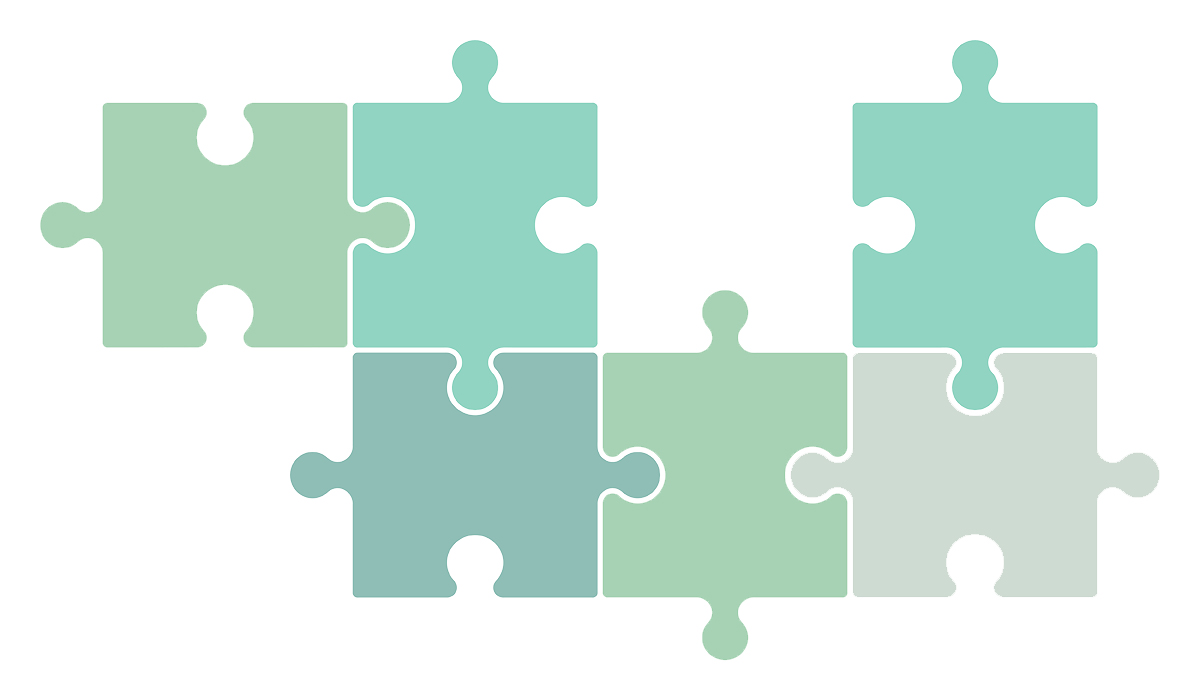 Even though the pool of jobs has slimmed down in the wake of Covid-19, it’s still worth reaching out and laying the foundations ready for when companies are recruiting. “If places aren’t hiring, it doesn’t mean that you can’t start conversations,” says Barnard. “As soon as you pique someone’s interest and get that conversation going, you’re going to be put in a shortlist for the future.”

Howe received his best piece of advice at Seymourpowell, and he still recommends it to this day: “Just call people up – you’ve got to ring people. I’ve even noticed with the young people in the studio now, they’re scared of landlines and picking up the phone and answering it. It’s really important you learn how to present yourself on the phone.”

Of course, social media can be useful for reaching out and showing interest, however when it comes to applying for an advertised role, Westaway highlights the importance of respecting the channels that the company has set up: “If there is an email address for applying, really try and use that, because you may think that you’re shortcutting and getting straight to someone, but the fact is that we might quickly read that email, archive it and lose it.”

“I think what’s important is once you’ve sent the email, it doesn’t really stop there. For me, you should follow up,” Howe says. “We get inundated with applications and CVs all the time at all levels, whether intern or senior. You should follow up. You should be really belligerent and focused just to get your foot in the door.” Barnard agrees, noting that the process is much the same when trying to secure work with clients: “Sometimes we pick up a conversation with a client time and time again before we get a project.”

The age-old quandary for people starting out in the creative industries is being required to have experience before gaining experience. It can feel like an infuriating chicken and egg scenario that favours nepotism, yet it is possible to overcome even without industry connections.

“When you’re starting out, it’s just about getting as much experience as you can. That can be little tiny freelance jobs or short-term contracts at studios, it’s just about building your skillset,” Howe says, adding that “the first job you get might not be right, but at least it’s experience.” Even with very little experience, the consensus is that creatives should still be charging for their work.

If you can’t get a full-time role right off the bat, Barnard recommends approaching companies on a freelance, short-term contract or project-specific basis, rather than asking for a job out of the blue. “There’s a huge number of agencies who take people on as freelancers,” she says, highlighting that supporting on one project could be enough experience to get the internship or junior role that requires it. Even freelance work for a local business is useful: “That’s still work – it’s paid, you have a client, you’re producing something that’s deliverable at the end.”

Jo Barnard, Adrian Westaway and Will Howe were speaking at Creative Conversations for the Class of 2020, organised by Matthew Cockerill. The full talk is available here