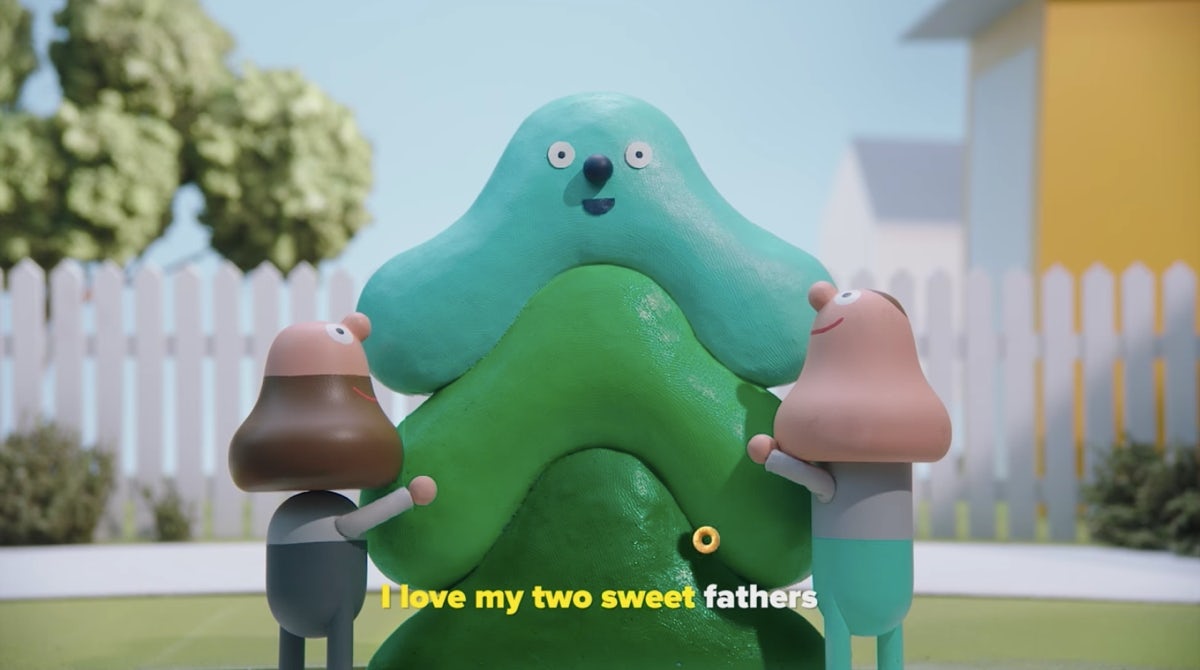 As part of the cereal brand’s mission to “make the good go round”, it’s recorded a set of four tracks that tackle some big topics – everything from feeling like you don’t belong to standing up to bullies.

The songs strike a nice balance between being sweet and silly, and are intended to spark conversations between parents and their children about empathy, compassion and inclusion.

They’re accompanied by a set of music videos directed by Johnny Kelly, and filled with wooden puppet characters based on illustrations by design collective Nous Vous.

Kelly told CR he based the films on real situations that would feel relatable to American children. “It might sound absurd watching the final outcome, but a big inspiration was naturalistic American portraiture,” he says. “I wanted them to feel like candid little moments set in real-feeling living rooms, shopping malls and classrooms. Given the subject matter I didn’t want to risk trivialising these messages.”

Kelly decided live action puppetry would connect better with the “lovely innate chaos” of the music and worked with puppetmaker Andy Gent – who’d spent the last three years working on Wes Anderson’s Isle of Dogs. Bringing the characters to life posed some interesting questions, however.

“There were lots of big challenges,” says the director. “How would an otter bang cymbals? How could a house separate into two houses? How on earth could we create a live bed of snakes? I think Sit With Someone New might be my fave, only because of that opening moment when the two characters lock eyes. I wanted to channel the fear of that situation – I never had a canteen at my school, and the prospect of Mean Girls-style lunchtime dynamics makes me queasy.”

The end result manages to be wholesome without becoming cloying, which is quite a feat for set of films produced by a brand.