Fern is a darkly comic tale about a woman and her houseplant, and the unlikely relationship that forms between them after her husband dies.

Commissioned by Channel 4, Fern stars Monica Dolan, and is Kelly’s first live action film. He takes his skills in animation successfully across into the short, however, where he brings Dolan’s plant to life in ways that are sinisterly effective. Shot over just three days in Kelly’s London home, several plants were hurt in the making of the film, he admits.

Below we talk to Kelly about making the film, including securing Dolan’s involvement and animating the plant; plus his views on the role of short film festivals in the digital age.

Creative Review: How did the film come about?
Johnny Kelly: [My production company] Nexus had a three-picture deal with Random Acts, the short film commissioning arm of Channel 4. They had already made amazing films with Nicolas Menard and George Wu and I jumped in third with my weird love story.

I was very excited about it screening on late night Channel 4. I love the idea of someone coming back from the pub and catching this off guard. Watching late night Channel 4 when I shouldn’t have been, at aged 10 or 11, was where I first got interested in animation and puppetry, stumbling across the likes of Jan Svankmajer, Phil Mulloy and early Pixar shorts. They’ve always crowbarred short-form work into their schedule, and kickstarted many careers in the process.

CR: Can you talk about your process of making it – how easy was it to get Monica Dolan involved?
JK: The initial idea was a one liner in my notes app. Then I wrote a prose version, which was quite baggy. I then translated that to script format — this probably wasn’t completely necessary as it’s mostly a visual film but gave me a good feel for the structure and rhythm. Finally I storyboarded it. I usually do my own storyboards, most of my ideas come from sitting looking at a sketchbook with lots of tiny empty boxes. The next step was casting.

Monica Dolan is a familiar face in quality British TV and film, I had seen her in a few things including The Arbor, Alan Partridge and Appropriate Adult – for which she won a BAFTA playing Rose West. Her work veers wildly between drama and comedy but she’s consistently good and always very interesting to watch, even in smaller roles.

So I knew she took risks with her work but I did wonder whether a no budget short where she falls in love with a potted plant might be one risk too far? I sent the script to her agent and astoundingly she said yes. We then waited six months for her schedule to clear and shot the entire thing in three days. Having her involved put my mind at rest, but was also a nice conversation starter when recruiting other partners — film crew, composers and sound designers and so on. 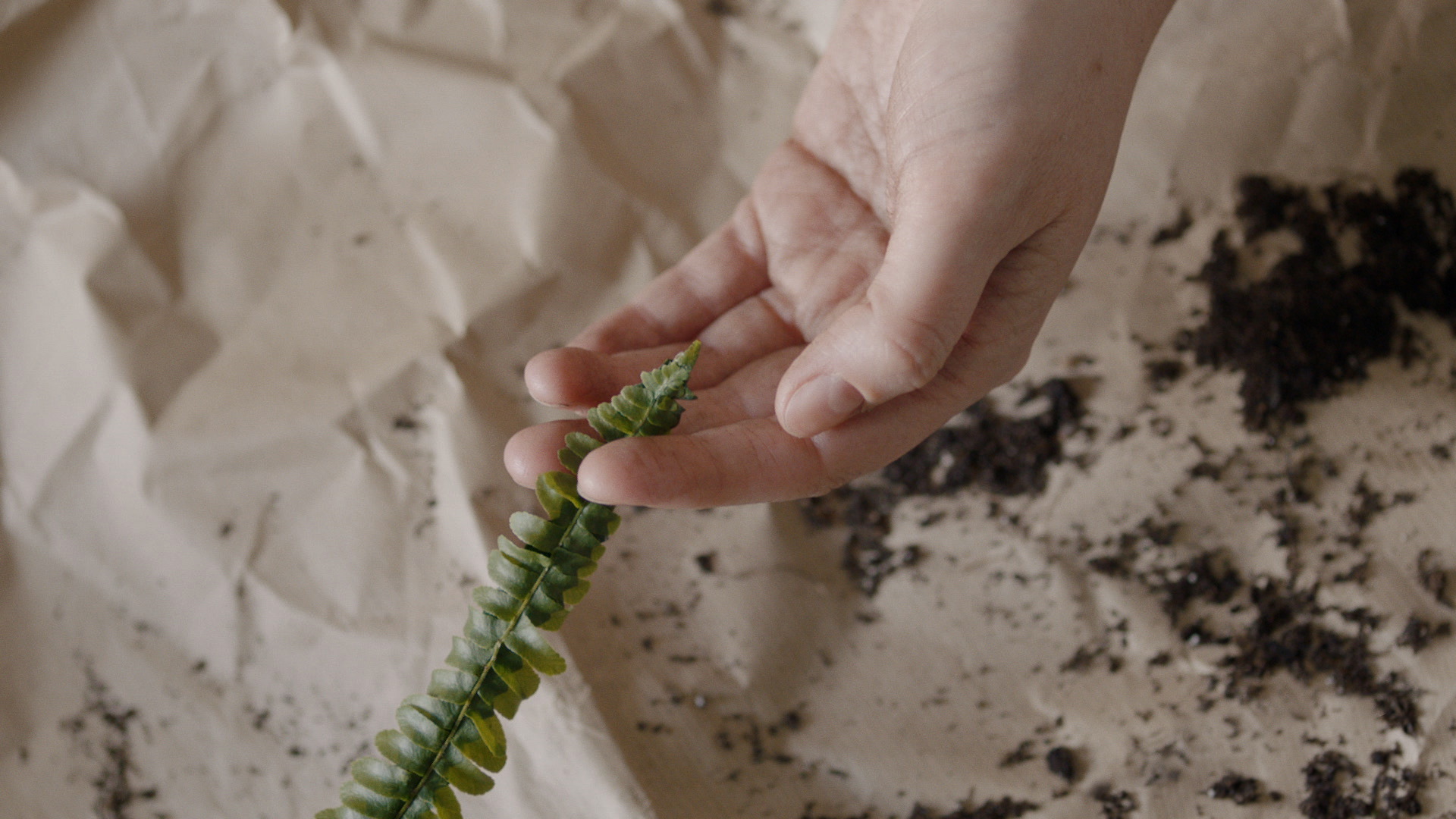 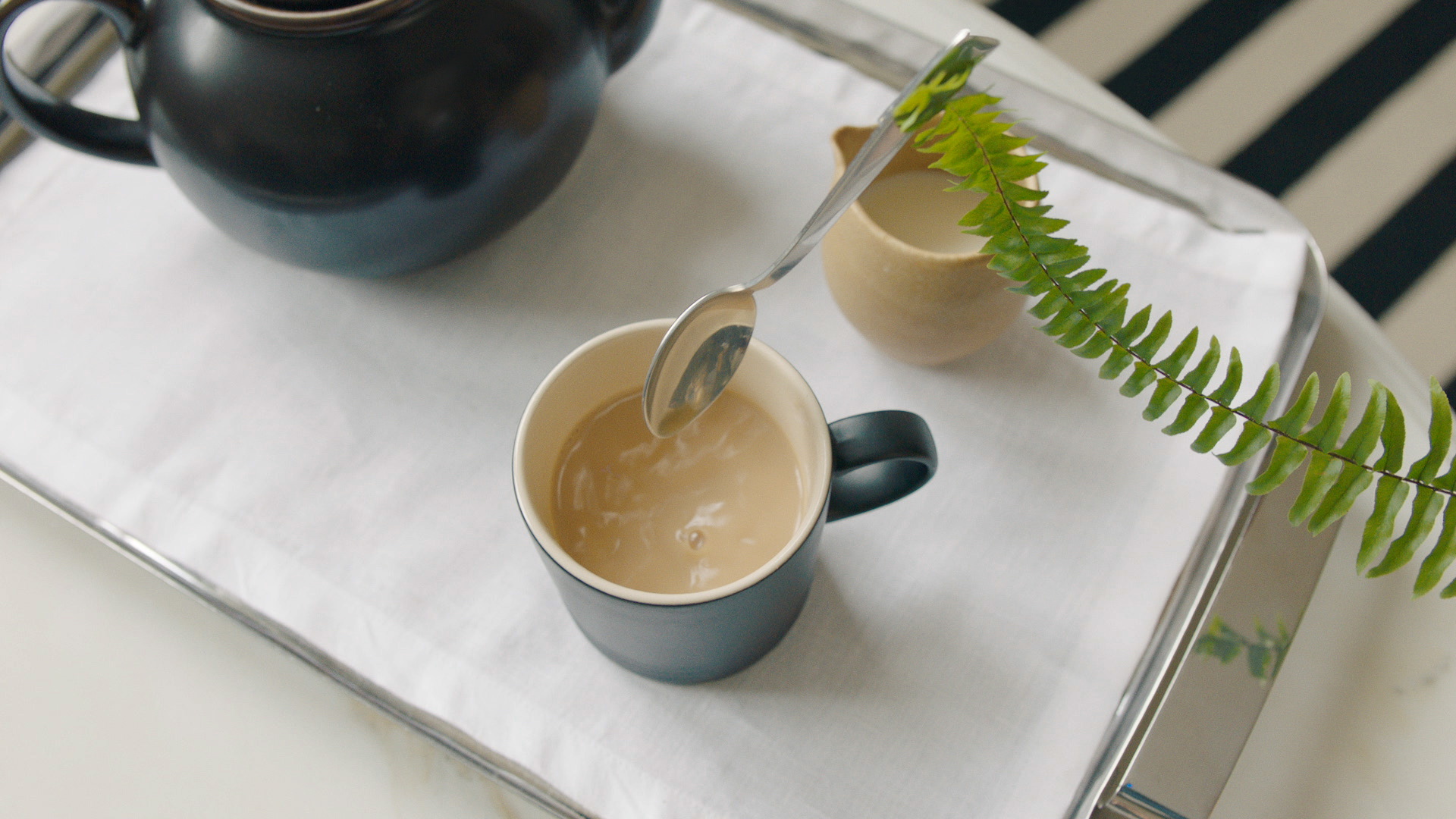 CR: The plant effects look very simple in the film but I imagine were very difficult to pull off! How did you create the effects? What were the biggest challenges with working with the plants?
JK: I didn’t think the scenes would work if the plant looked computer generated or was stop motion animated – also we couldn’t afford either option – so it made sense to use a real-life fern and puppeteer it. If we needed our fern to hold a tissue for example, we’d take our plant and trim off a branch (a ‘frond’), glue a rod to the tip for the puppeteer to control it, and clip the tissue to that. All this rigging was done by Rose Popham, who had just finished up on Wes Anderson’s Isle of Dogs.

The only problem with going authentic is ferns aren’t the hardiest plant — each frond would last three or four takes before they began withering. It was a bit of a massacre.

CR: What part do short films play in your wider work – are they helpful for your commercial work or do you see them as something separate?
JK: It has been a while since i’ve made a short film. Over ten years working as a commercials director I’ve tried to steer my work (with varying results) into a happy middle area where I can work on projects that pay the rent but also have some creative freedom or storytelling flexibility. I’ve been incredibly lucky that this kind of work has come my way, with interesting projects for Chipotle, Apple, The New York Times, and others. I’ve never really been the kind of director people turn to for standard 60-second TV commercials, and as my reel is a bit all over the place I’m often presented to clients as a ‘wildcard’ option.

That said, the daily grind for a commercials director is pitching. A boatload of pitching. This can be a rather gruelling process as it involves working for free and many polite rejections (and some not so polite ones). For my own sanity it was lovely to not be answerable to anyone else on this project. I remember sitting with the editor Charlie and deciding that we’d reached the final cut. There were these empty couches behind us in the edit suite and it felt oddly liberating to not turn around and seek client approval.

You can’t make a living from short films, so most people see they function as a way to push your work somewhere new. I certainly hadn’t set out to make a puppeteered live action film, and the budget was better suited to a 2D animated film, but the story wasn’t working any other way. It meant an entirely new way of working: I hadn’t directed an actor before, apart from the odd lifestyle advertisement, and I hadn’t a clue about working with puppets. Also I tend to kill plants. 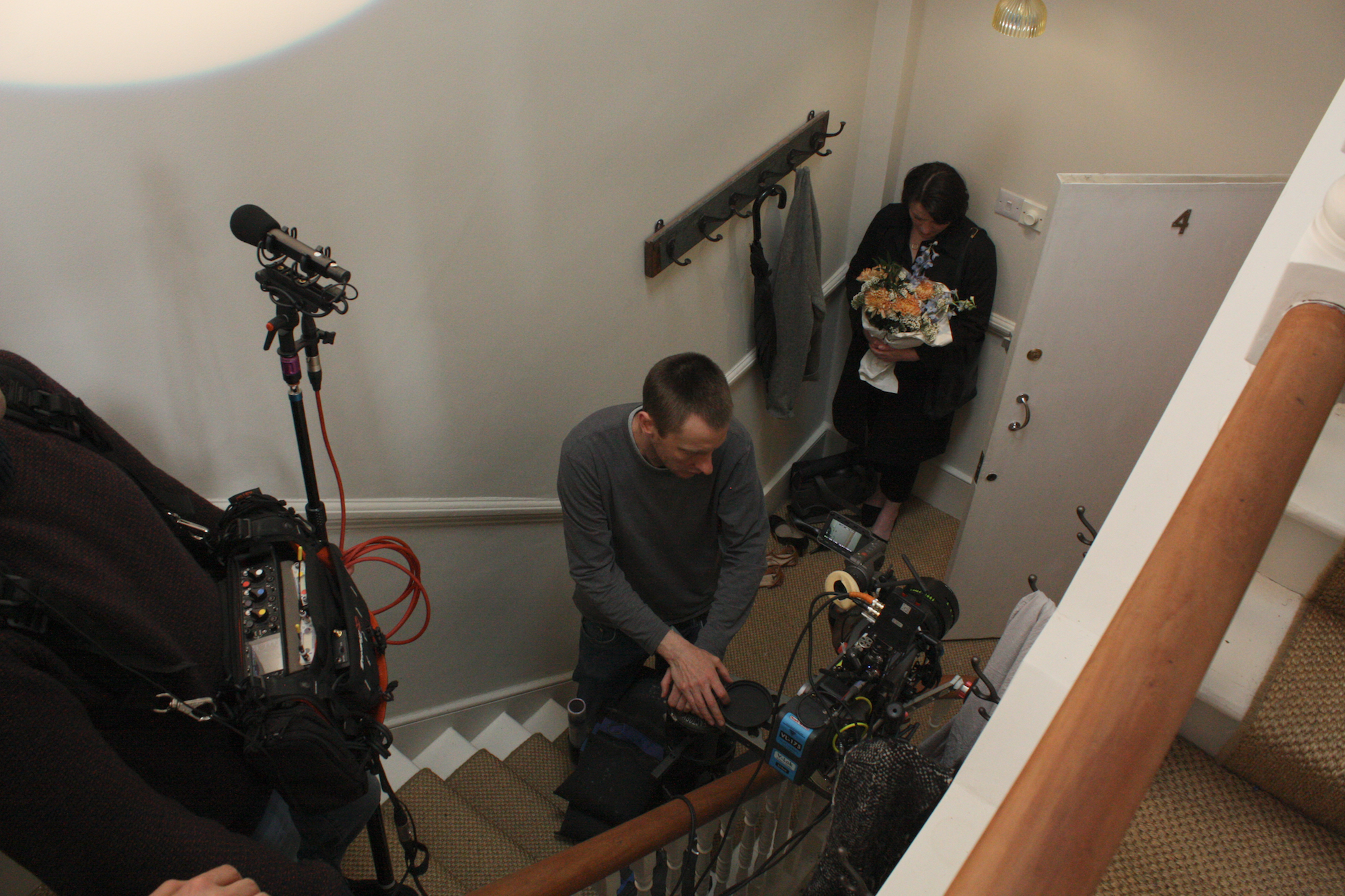 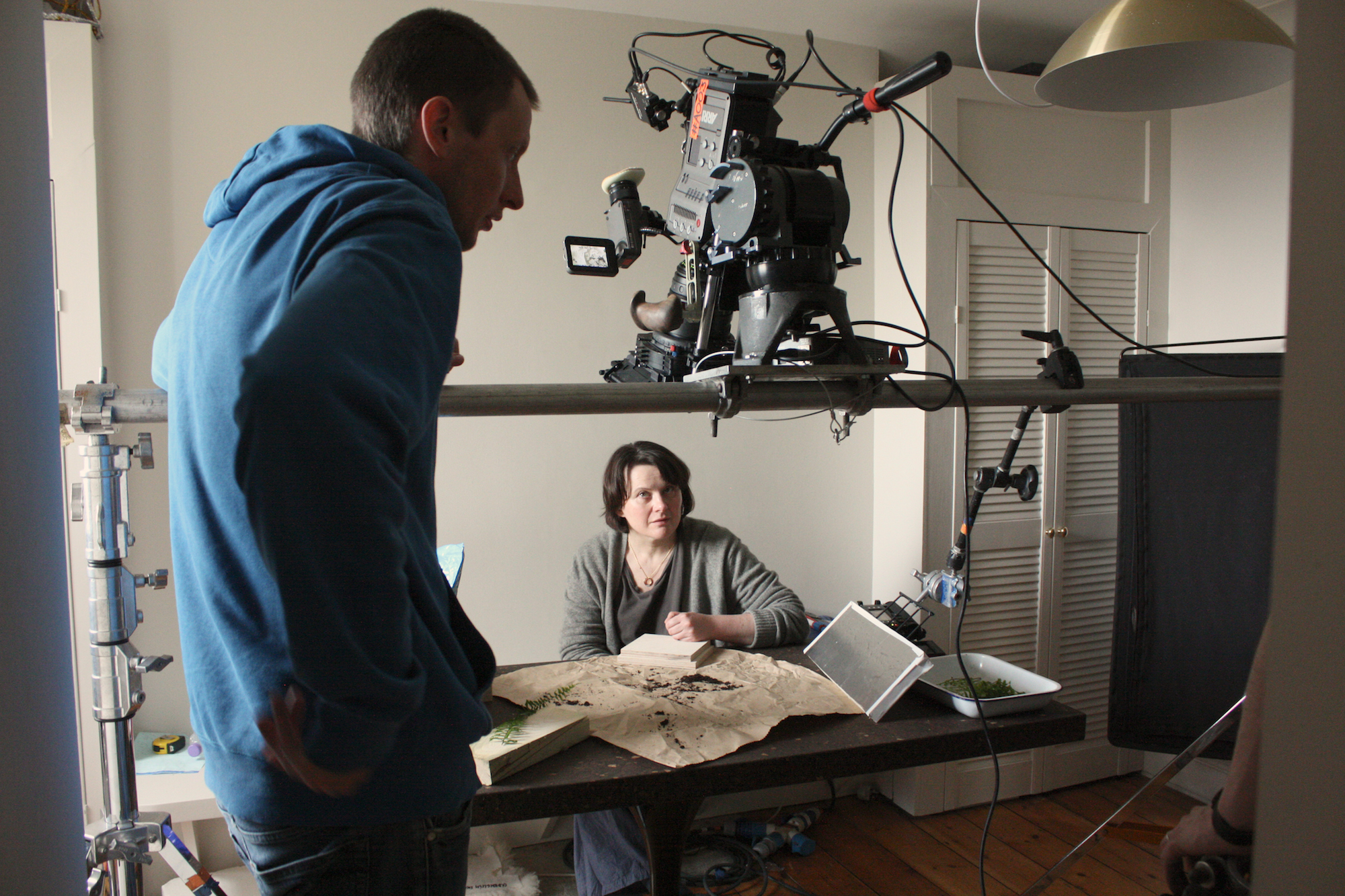 CR: The short film festival circuit seems quite slow in the digital age, where films can be shared immediately with audiences online. Do you still find it a valuable process? What are the positives of the festival circuit? Is it frustrating that it slows release of the films or does that not matter?
JK: The festival circuit can be fun — if you can travel to the festival, it’s often a great opportunity to make connections, meet your heroes, or new collaborators. Also, they can be inspiring, I tend to leave with a burning desire to make something, often motivated by the bad films. That said, the traditional expectation that you wait one year to 18 months without releasing your film online does seem a little antiquated, especially if you’re hoping to get some exposure or work out of them. The silver lining is a delayed release can build up a little expectation, certainly there are short films that I’m dying to come online — and re-watching the trailer isn’t quite enough. Our film did quite well at festivals – going to about 30 or so – but I only travelled to the drizzly ones.

The big reward at festival, especially with a silly film like this, is watching this thing you made with an audience. You’ve seen it dozens of times yourself of course, but suddenly in the first screening you’re seeing it through hundreds of other eyes and the experience is bizarre. You notice things you hadn’t seen before. Your view of the film you’ve been making for six months or a year or whatever, almost certainly changes. In a small way I imagine it’s a little like watching a play you’ve written with an audience for the first time. It’s nerve-wracking, but very enjoyable.

CR: What are your next plans?
JK: Making short films is addictive, so now that i’ve plopped this online, I’m applying for funding for a new script. I wrote a first pass then roped in a good friend who’s a copywriter and she made it ten times funnier. It’s quite dark, but there is 100% less wilting and death than Fern.

Johnny Kelly is represented by Nexus Studios; see more of his work at nexusstudios.com