The film follows championship-winning air dancer and skydiver Inka Tiitto, a 29-year-old Finnish-American athlete known to American audiences for her involvement in Season 12 of America’s Got Talent. Here, Tiitto plays an athleisure-clad runner powering through bucolic woods and mountainsides before being flung into the sun-lit skies above.

Glazer’s effort is shorter than previous high-profile iterations. Jonze’s film, an ad for HomePod starring FKA twigs, lasted for more than four minutes. Gondry, who commerced the iPhone by making a film about a lost tricycle purely with the camera of an iPhone 7 Plus, came in above the ten-minute mark.

Glazer’s, comparably, clocks in at just over a minute. Yet, despite the lack of play-time, Glazer’s trademark technical prowess is still very much on display.

Using a wind tunnel to create a sequence that might be termed ‘aerodynamic ballet’, Glazer audaciously captures the athlete as she takes a second to acclimatise herself to her new surroundings before swooping in curlicues through the clouds, with Glazer’s camera equally mobile as it soars around her. Glazer then has his athlete plunged from the skies above into the dark of a mountainous lake – a neat way to demonstrate the new watch’s waterproof capabilities. 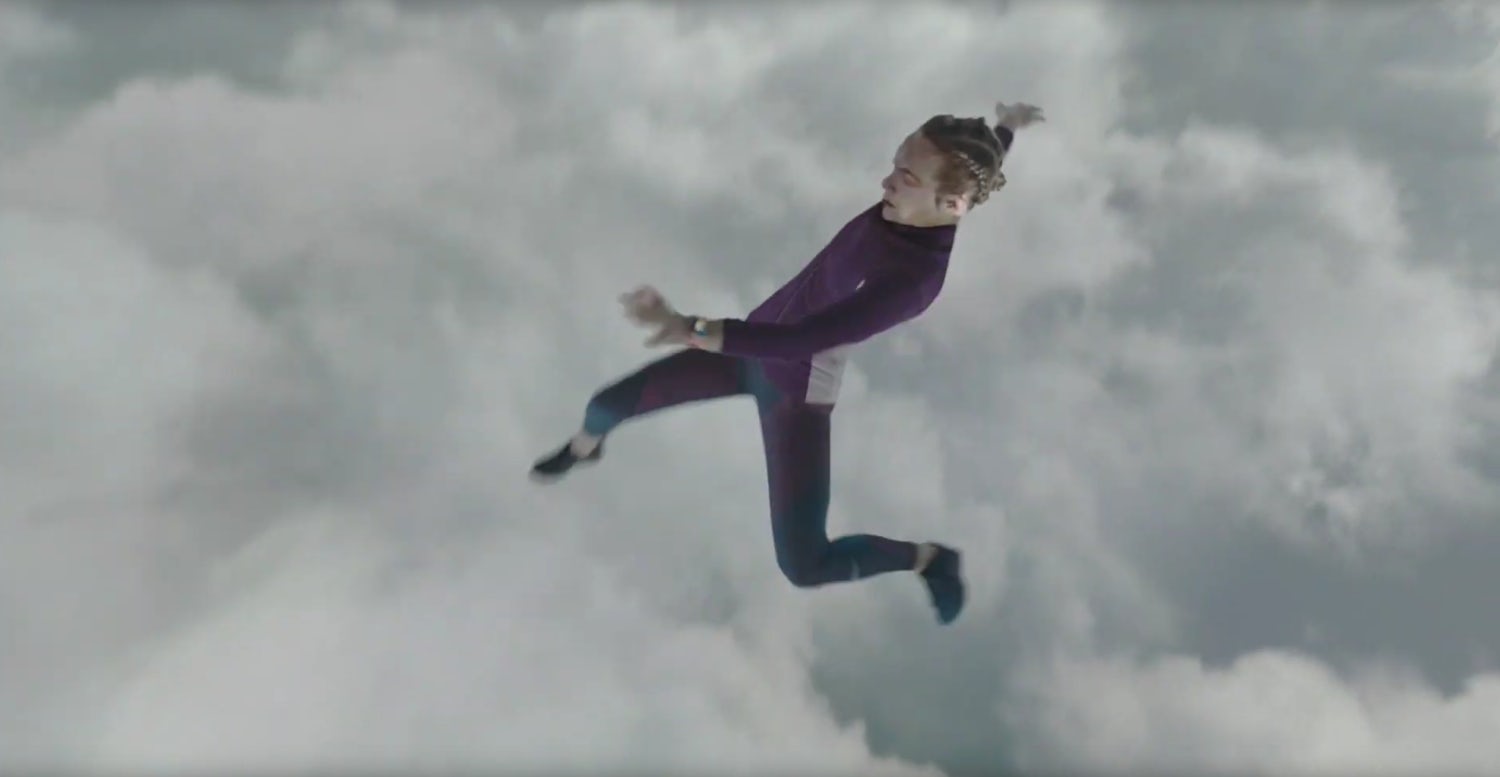 He is perhaps best known for the 2000 film Sexy Beast, which stars Ray Winstone, and the 2004 film Birth, starring Nicole Kidman. In 2013, after a decade out of the cinematic spotlight, he marked his return with Under the Skin, starring Scarlett Johansson.

Fans of the science-fiction film will spot certain visual reference-points in the Apple advert. The feeling of weightlessness – of suddenly existing in an element we’re not used to – features again here. In this case, it’s the Lycra-clad and lithe muscularity of Tiitto, rather than pasty Scottish scallywags lured by the unlikely chance of an evening date with Scarlett Johansson (who is, under the skin, in fact a predatory alien). 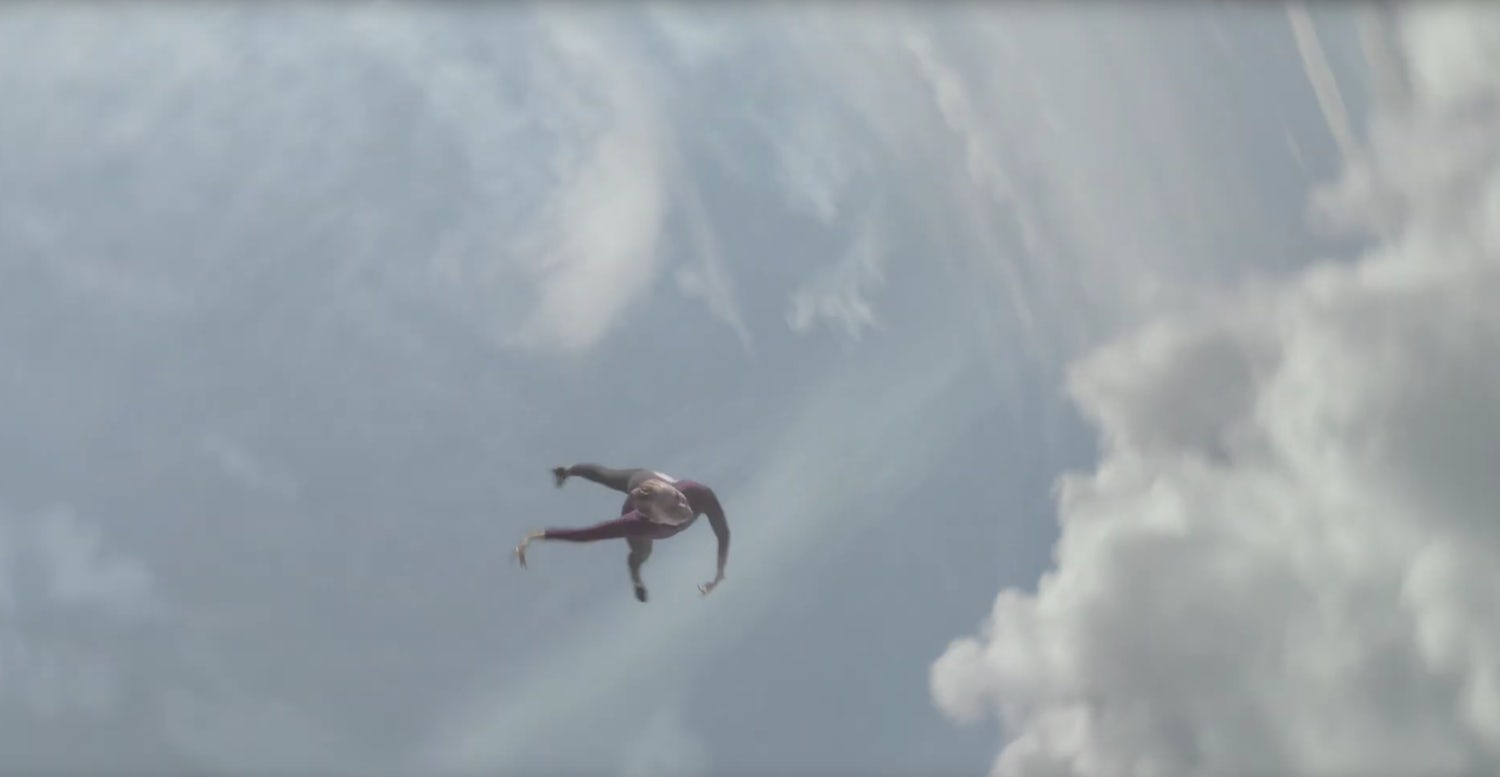 In the advertising world, Glazer is, of course, a 99 carat superstar, creating commercials as memorable as the crashing horses of the 1999 Guinness advert Surfer (played to that throbbing Leftfield soundtrack), or the slapstick Levi’s advert Kung Fu, which stars Dustin Nguyen as a Bruce Lee-wannabe who, in a panic, must warn the dry cleaners to wash his jeans inside out.

It has meant that, whilst Glazer has only made three feature films over the course of almost two decades, each has been released to wild acclaim before developing a dedicated cult fanbase. Glazer has used the commercial and promotional world to hone and refine filmmaking skills that seem fully formed whenever he turns his focus to a feature.

For anyone looking for a case study in how to combine a successful commercial career with an uncompromising personal practice, Glazer is an exemplary case study.

Find out more about the Apple Watch Series 4 here

The changing face of ecommerce

Saiman Chow on maintaining freedom in your work

The Glue Society’s mag is “a portable vessel for art”