Filmmaker, designer and animator Junyi Xiao currently works full-time at Buck Design in Los Angeles but in between his day-to-day design work he also creates an array of personal projects including this animation, The Last Man on Earth Sat Alone in a Room.

Launched at the end of last year, the short is a humorous response to Frederic Brown’s well-known shortest short story which reads as: ‘The last man on earth sat alone in a room. There was a knock on the door….’ 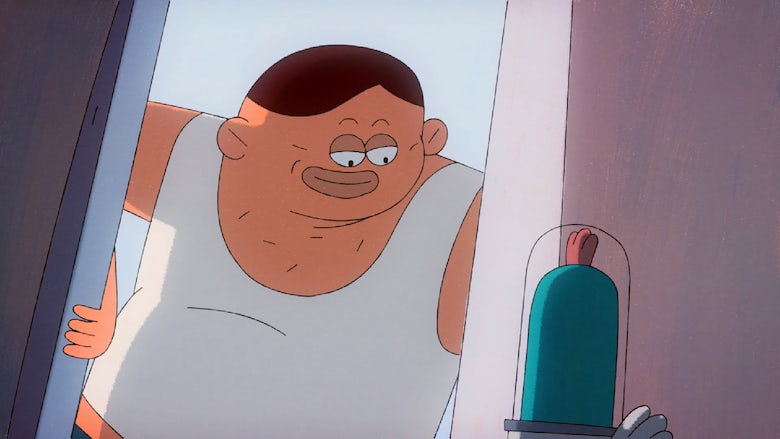 “This two-sentence story builds up a very interesting setting, and allows people to imagine what the whole story looks like. Who knocked the door? What happened to the human beings on earth?” Xiao says. “For my interpretation, the storyboard was finished a long time ago when I was in school, but it’s taken me around four months to finish the animation and post-production.”

The two-minute short starts with the last man browsing on his computer when a chicken-like alien knocks at his door having crash-landed on earth. Unbeknownst to them, the last man was just looking up recipes for ‘the best way to cook aliens’. Giddy with hunger, the action cuts to a slickly-animated montage of slicing, dicing, frying and boiling as the man cooks up a storm and creates an alien feast, before the short then ends with an unexpected twist.

“My previous films are much more serious. They talk about issues like social alienation and violence and are a lot slower in pace,” explains Xiao. “The Last Man on Earth Sat Alone in a Room is the opposite. It’s very fast and more like a short farce. The character is goofy and the story is twisted. I tried to make this film very entertaining and very easy to watch.”

As The Last Man on Earth was a totally different approach for Xiao, he felt it was important to always look at the film through the eyes of the audience to make sure it remained funny and was easy to understand. “Alongside that, telling a story quickly in an interesting yet super effective way was also something I had to get better at while making the film,” says the animator. 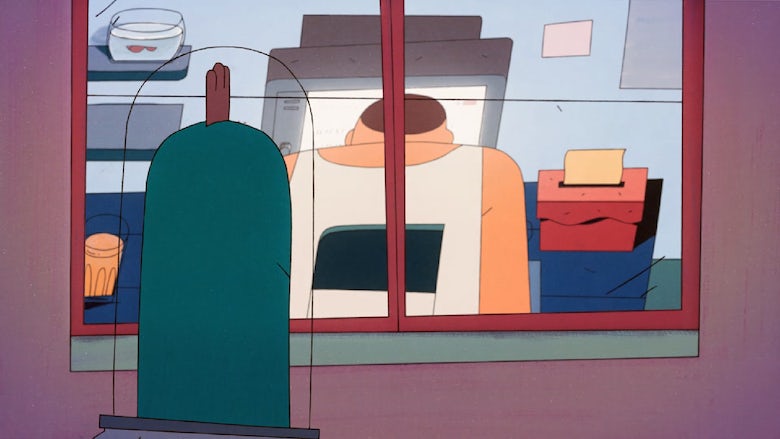 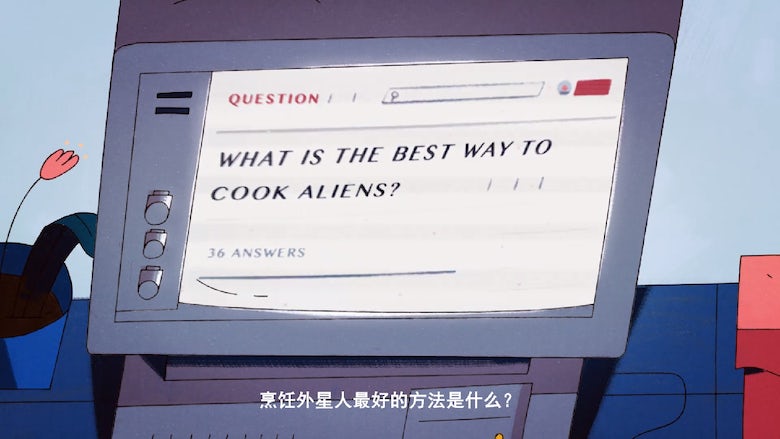 Xiao describes his aesthetic as fairly stylised but narrative-led. “I learned traditional animation and filmmaking at school but I now work on animations for the commercial industry,” he explains, and he feels this gives his work an interesting mix. Xiao got his BA and MA degrees in Beihang University in China and then moved to the US to do an MFA in animation at the University of Southern California. “For me, the experience of studying in China built a solid foundation for me, and USC then broadened my horizons by making me realise the massive possibilities of animation,” says the animator.

In the short Xiao uses simple shapes and muted colours to create his world, but it’s in the details where he really shines, such as the close crop of the main character scratching his butt when answering the door, or the way the alien knocks on the door with his head instead of its wings. It’s through these small touches, movements and mannerisms that the animator really conveys the personality of each figure and elevates his character design to the next level. 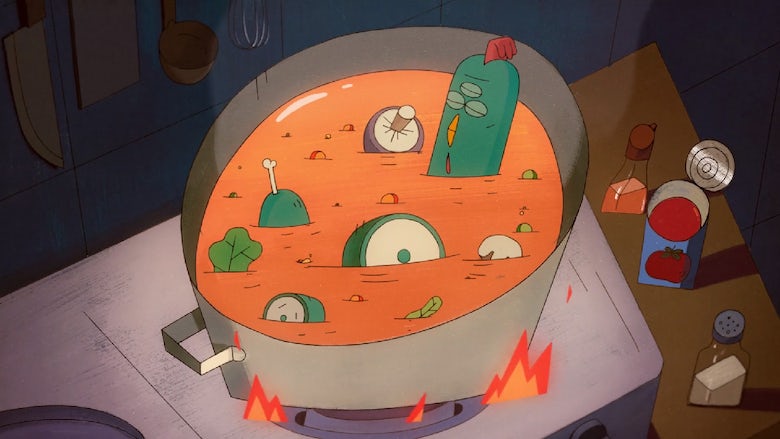 “Animation for me is another language which can be understood by everyone all over the world,” Xiao says. “I can only speak Chinese and English, but by watching my film, hopefully someone from Germany or Japan can still understand what I want to say.”

On top of that, for Xiao, it’s the complete immersion in a new world that really excites him about his work. “You can bring an imaginary character to life by animating it, and there are almost no limitations, especially when you do 2D animation,” he says. “You can easily break the laws of physics and ignore the rules of three-dimensional space.”