At the start of 2018, Leeds United found itself in trouble after it unveiled, and almost instantly scrapped, a new badge. A petition against the redesigned crest, which replaced the 20-year-old rose and initials with a headless torso and clenched fist, was launched immediately, attracting more than 70,000 signatures and a flurry of outraged tabloid coverage. Barely a week after revealing the new design, the club withdrew it. A replacement is yet to be announced.

While it’s not a surprising story, with major rebrands now routinely subject to widespread criticism, it emphasises the level of sentiment football fans attach to their club’s crest.

“Just don’t call it a logo,” says Martyn Routledge, whose book The Beautiful Badge, written in partnership with Elspeth Wills, uncovers the often uncertain provenance of club crests. “Football fans hate using the word brand … they really kick off if they think their club is a brand, but it is, and that’s not being offensive.”

The Beautiful Badge traces crests’ development from the earliest days, when they were hand-stitched onto woollen jerseys – shown in an enjoyably wonky trio of embroidered lions, used for the world’s first international football match in 1872 – to the more recent digital-friendly badge designs. Working with 90 football clubs, as well as supporter clubs around the world, museums and individual collectors, Routledge has built up a complex visual history of these emblems. The book reveals an enormous variety of symbols, with clubs using everything from animals and people to initials, heraldry, and local landmarks.

In many cases badges reflect a town’s changing fortunes, with Sunderland’s ship badge, chosen to represent its now non-existent shipbuilding industry, replaced with a reference to its new stadium on the site of a former colliery. Often it’s their simplicity that stirs supporters, as with West Ham’s crossed hammers badge which translates effortlessly into tattoos, graffiti, emoji, or even just a pair of raised, crossed arms. It’s not all pomp and glory though, with inspiration also coming from more prosaic sources – for example Huddersfield, which styled its terrier badge after a local sweet shop dog called Skippy.

“When you delve into it you discover a really rich and varied history of clubs and supporters,” says Routledge. “Often the badge marks an occasion in their history, or a move to a new stadium, or it’s commemorating a certain event within that town. There’s massive variation from one club to another.” 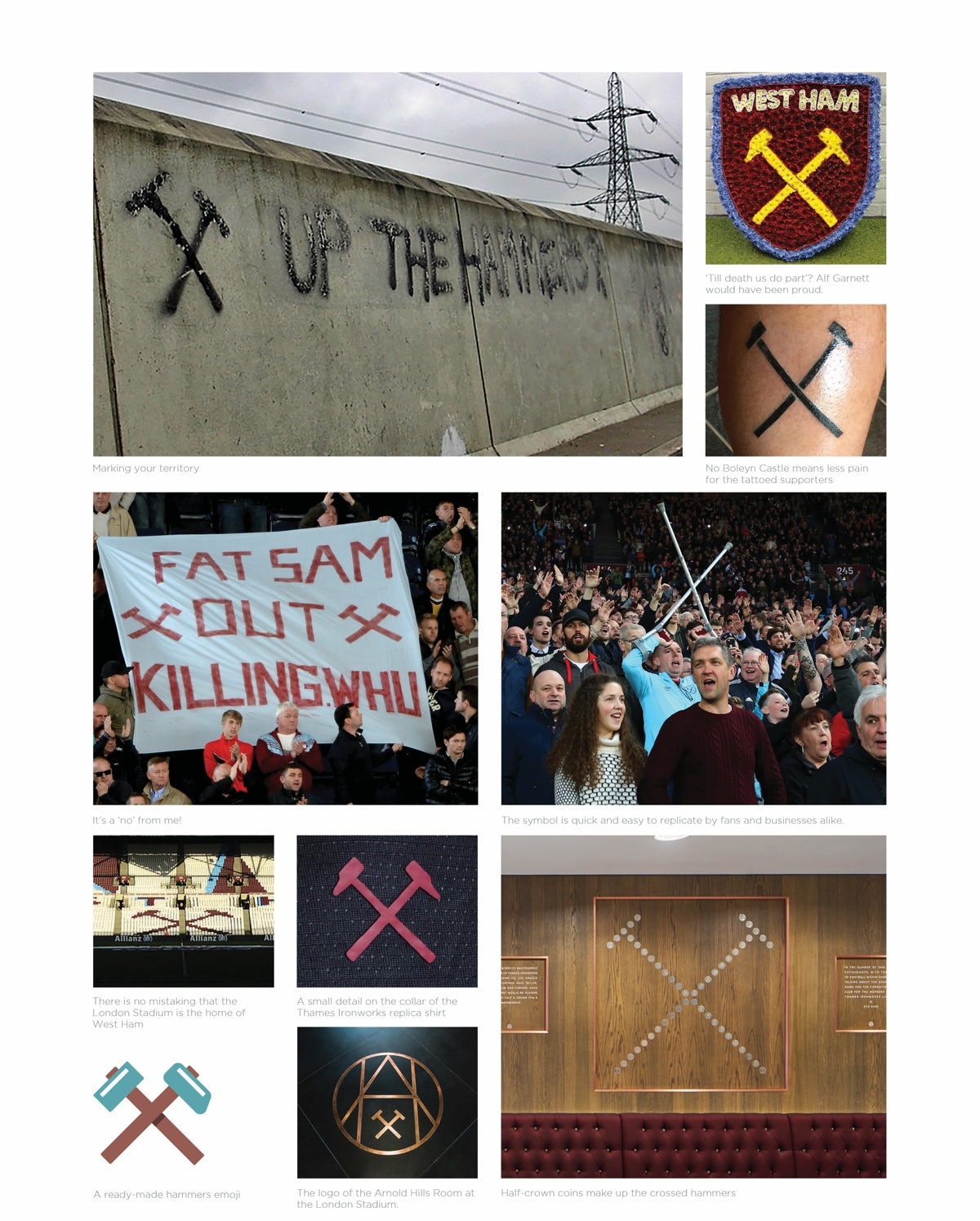 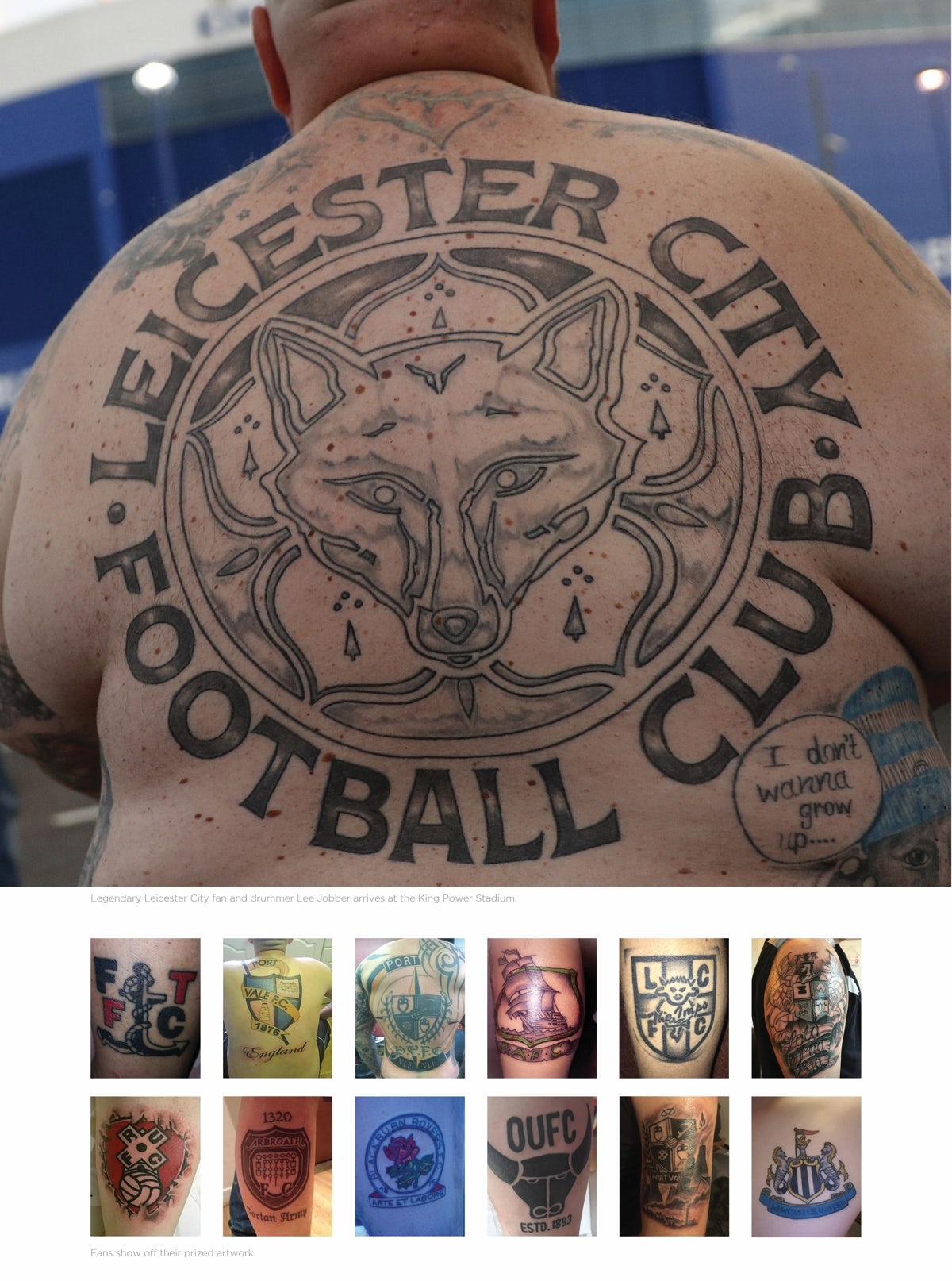 It’s a subject that’s lacked extensive coverage so far, perhaps because clubs themselves aren’t always aware of the back story of their motifs – something Routledge says they’re starting to pay more attention to. Occasionally, their history is a murky subject. In the 1970s, as badges were used more extensively and became more visible, a raft of copyright issues cropped up when it became clear clubs had simply ‘borrowed’ their town’s coat of arms without asking. It’s also a grey area when it comes to uncovering exactly who was responsible for creating crests, with many badges designed by club secretaries or commercial directors “just having a go”. In some cases clubs launched fan competitions to source new crests – for example Birmingham, which was designed by a gas engineer from Walsall. Fans have also created their own versions of badges as acts of protest or support, including Everton fan clubs around the world that have replaced Prince Rupert’s Tower with their own local landmark, retaining the badge’s identity but nevertheless stamping their ownership.

Routledge says this democratisation of the design process is something that’s become more common recently, although not always with the best results. The rejected Leeds United badge was launched in consultation with 10,000 fans, yet still failed to hit the mark. “It was a very bold, brave design,” says the author. “Something very different from what they’ve had in their history, or any club has had, but that got a really negative reaction. I hope that doesn’t mean clubs will stop being brave, but I think like all good design there’s got to be relevance, and it’s got to look into something in their history or heritage.” 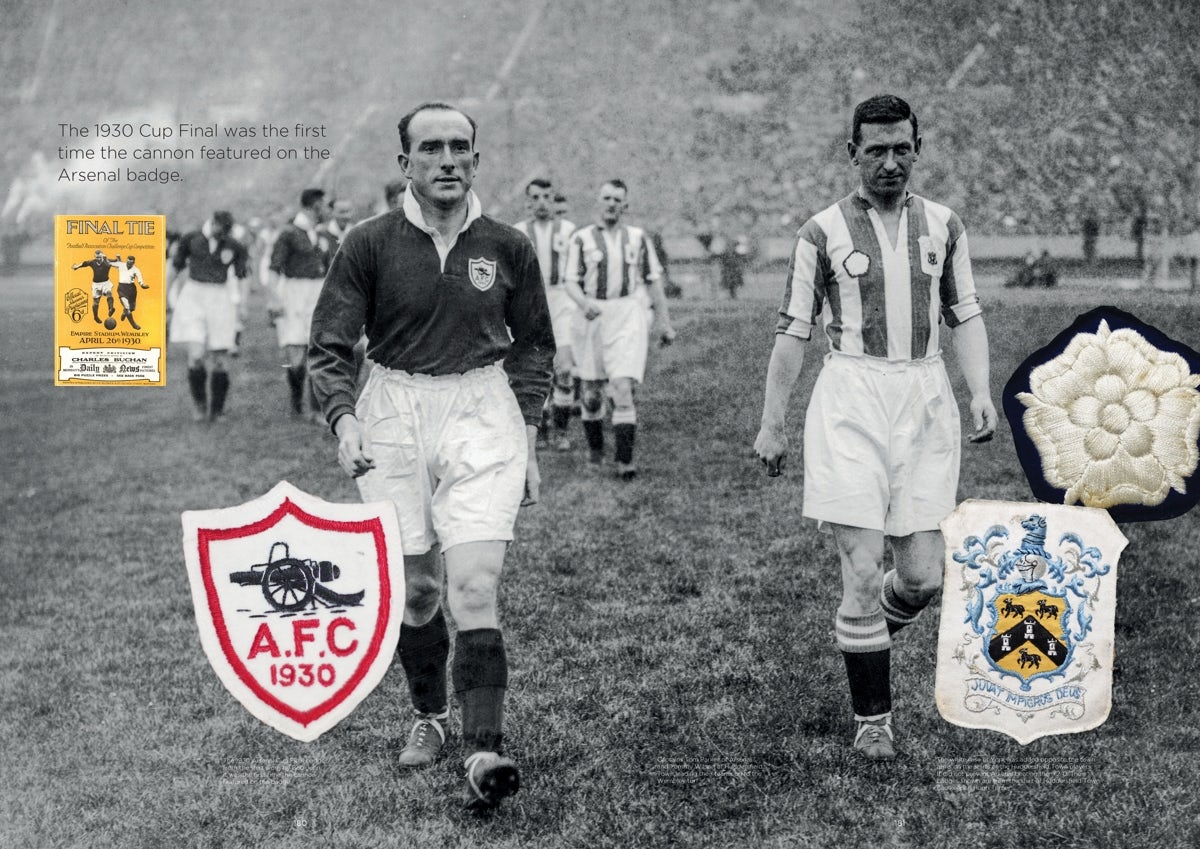 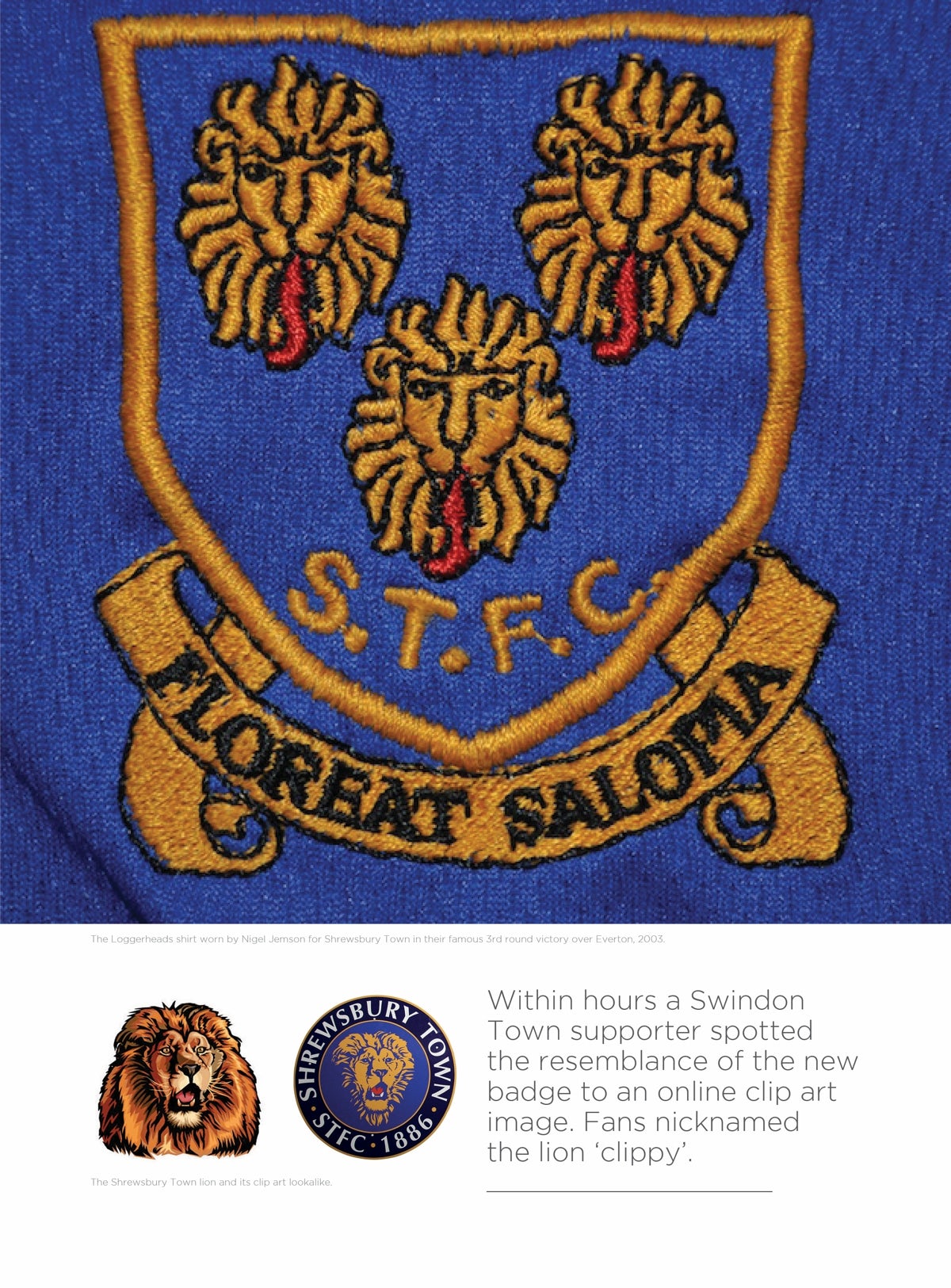 He also acknowledges that badges are becoming simpler, which occasionally means losing an intricate coat of arms in favour of something that can work at just a few pixels high on a screen. In some cases this has freed clubs to return to previous crests, such as Brentford, which in 2016 replaced a rather complicated coat of arms with a bee symbol that dates back to a 1960s supporters badge. And simplicity isn’t just for iPhone screens. It can be a marker of success for a club’s badge, which needs to be identifiable, flexible and, as Routledge says, easy to draw in the toilets at an away game. When clubs get it right, it’s clear they go above and beyond a logo – embodying a level of heritage and history that many brands have tried hard to manufacture or reverse engineer.

“If you look at a badge, there’s a symbol on there you can question and it tells you something about the town, the industry, the history of the region … there’s a depth and interest there,” says Routledge. “It’s a brand that has history and ownership and real relevance to today, and there’s nothing wrong with it being managed.”

The Beautiful Badge is published by Pitch.