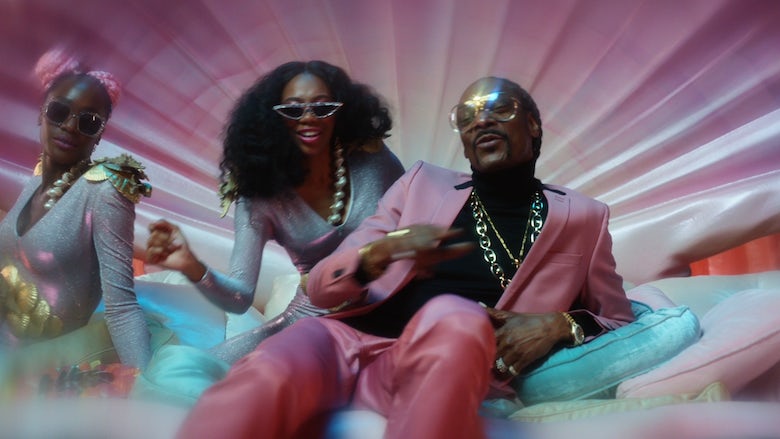 Shot in LA in March 2020, just prior to the first Covid-19 lockdown, Rousselet created a lighthearted rap music video-esque world for the spot. Among the opulent scenes, we see Snoop Dogg rapping about sushi while reclining on a luxury clam shell sofa, jetting around in Eat Force One, sitting atop a pile of giant waffles, and surrounded by dancers in a ‘foodified’ version of Soul Train, titled Soul Food.