Nick Knight has been a frequent collaborator of Kanye West over the years, from creating the artist’s Bound 2 music video back in 2013 to directing an accompanying film for his 2019 album, Jesus Is King.

The SHOWstudio founder’s latest project in partnership with West sees the pair attempt to reimagine the experience of online shopping in a new e-commerce site for West’s fashion brand Yeezy, which has been over three years in the making. 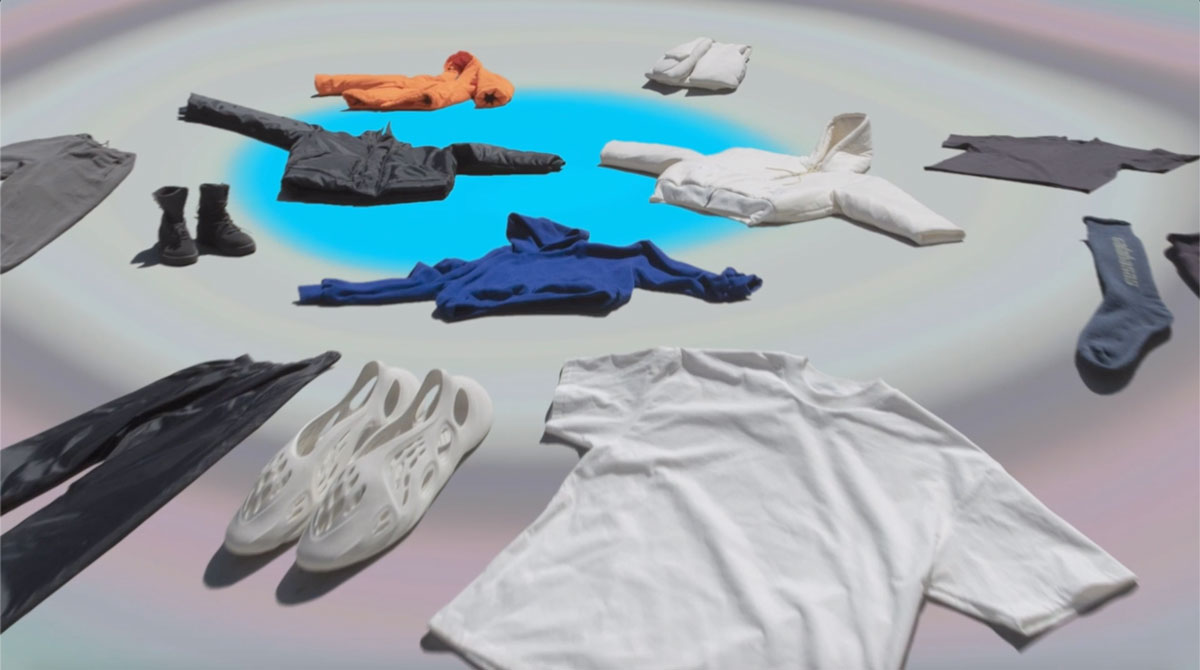 Ahead of the site’s launch, the process of bringing it to life has been detailed in an accompanying short film by Knight. “There’s been over 10,000 hours of work and at least twice that many images, considered and made, to give what I believe is a beautifully simple website,” he explains in the film.

West in particular was keen to mix up his typical creative approach, deciding early on that the site’s backdrop should be blue – a colour that he is famously known to hate. “He decided that he’d had enough of good taste and enough of working with things he loved. He wanted to try a different way of creating by using the aesthetic of working with things you don’t like or don’t love,” says Knight. 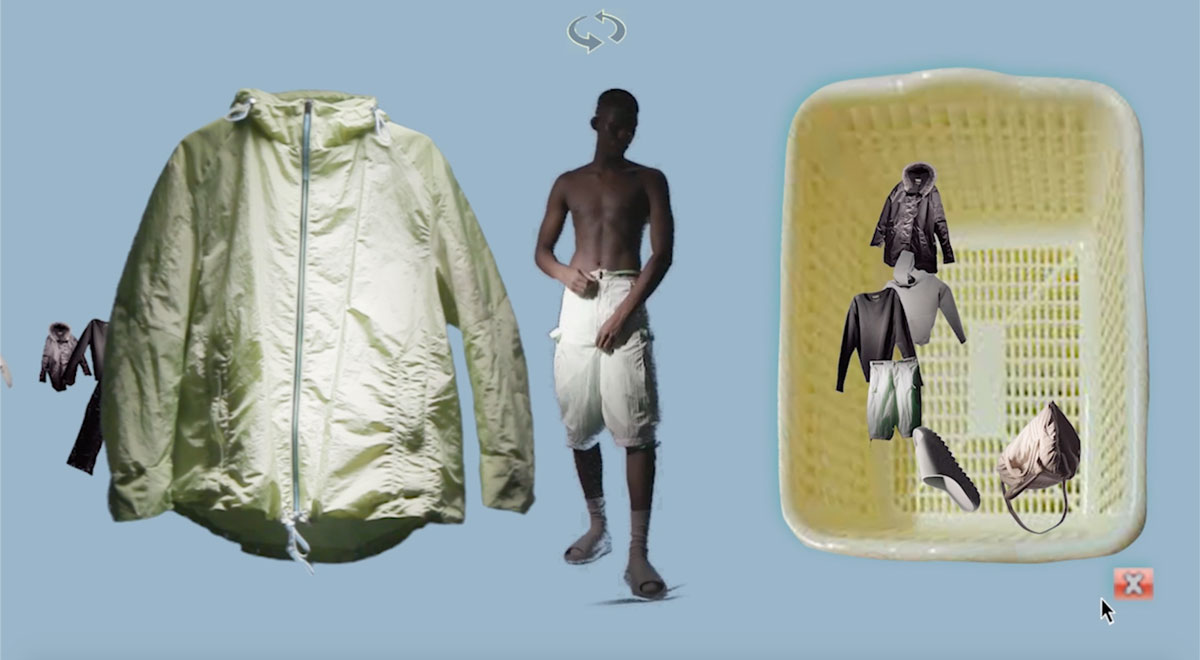 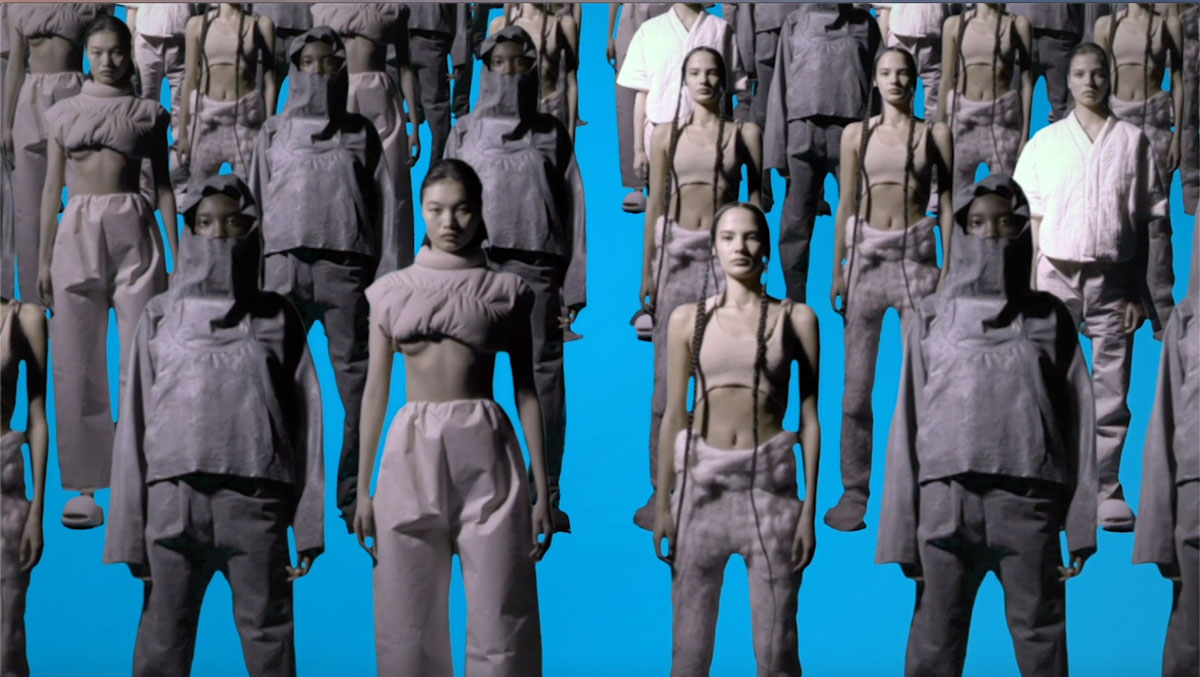 Early inspiration came from the lo-fi aesthetic of e-commerce sites selling medical supplies and camping gear, but during the process West decided to take a more poetic approach. The end result is intended to be almost childlike in its aesthetic, featuring no black and white, no straight edges, nothing inside boxes, and everything as large as possible.

“He wanted the site to feel beautiful in its simplicity, so he asked me to create a site that had no words on it, because we are not all English speaking, or we’re not all based in America or Europe,” Knight explains. 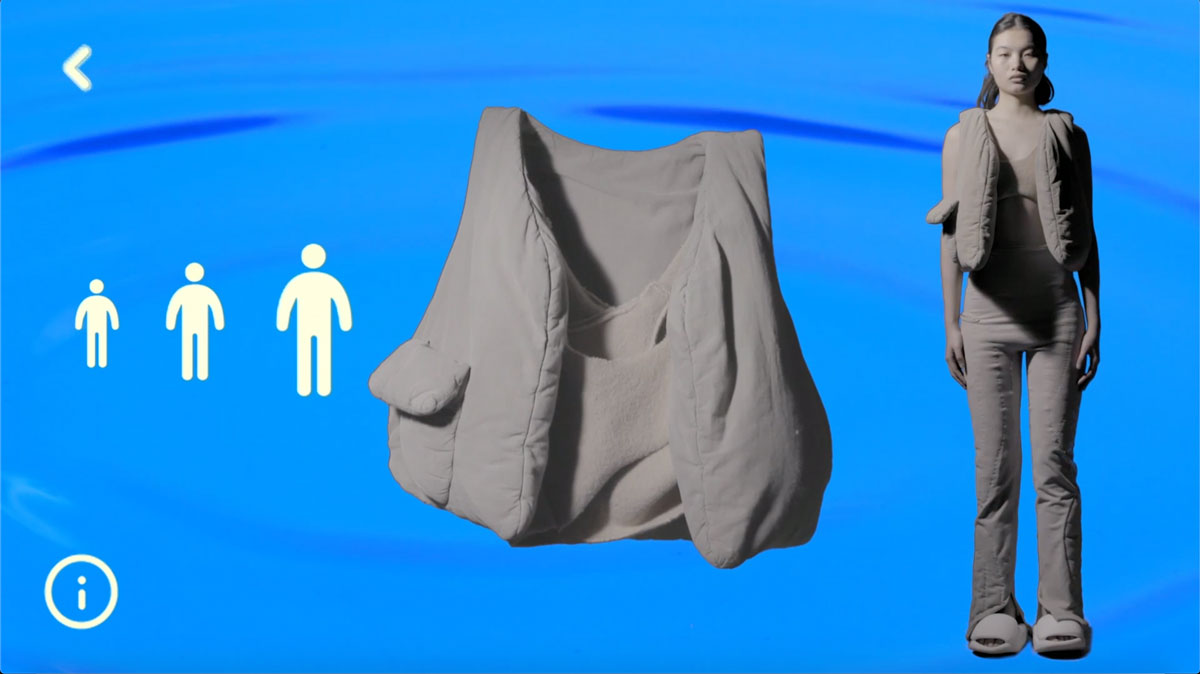 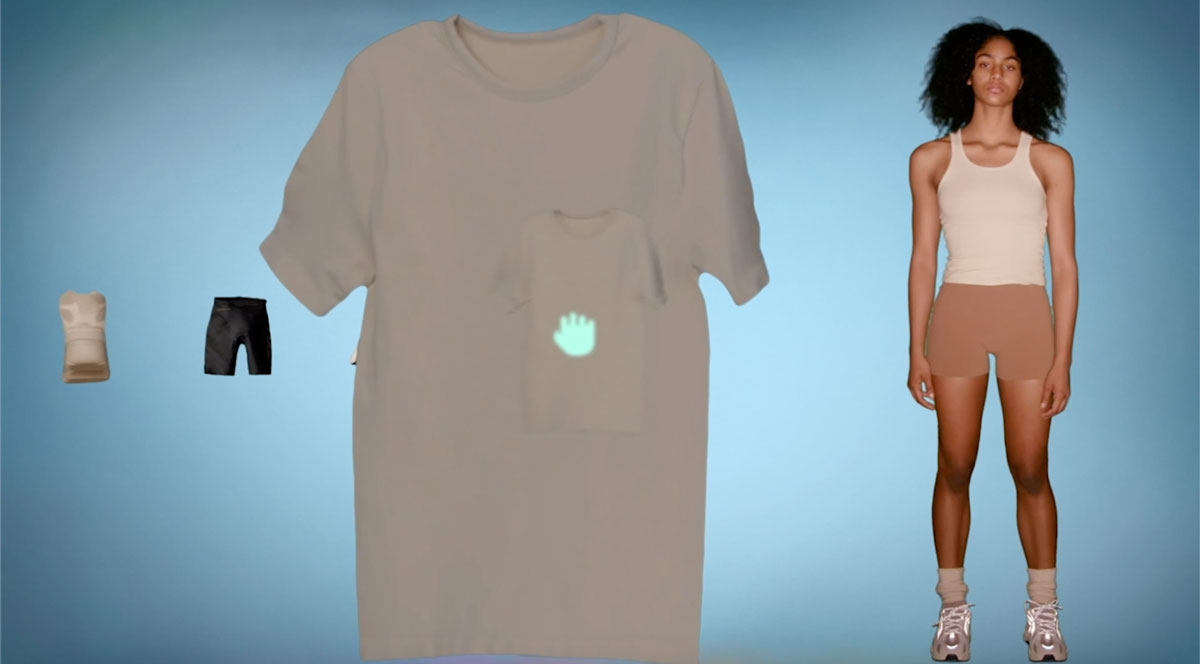 One of the key features of the new site is its choice of 3D models resembling video game avatars who can try on different outfits on-screen, as opposed to the flat photographs of models typically seen in online shops. Dig a little deeper and you’ll realise that all the models are also real-life people with interesting back stories to explore.

“I started thinking, what’s the experience of online shopping like? One could argue it’s a little bit impersonal, so we came up with the idea of a model wearing the clothes for you,” Knight explains. 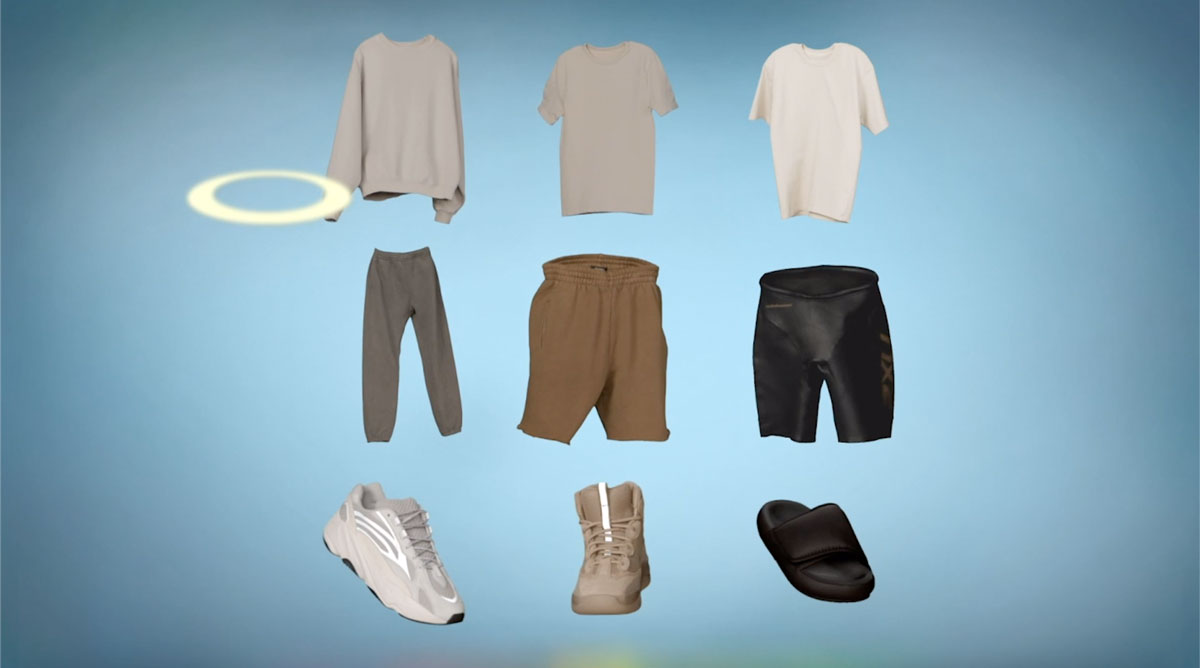 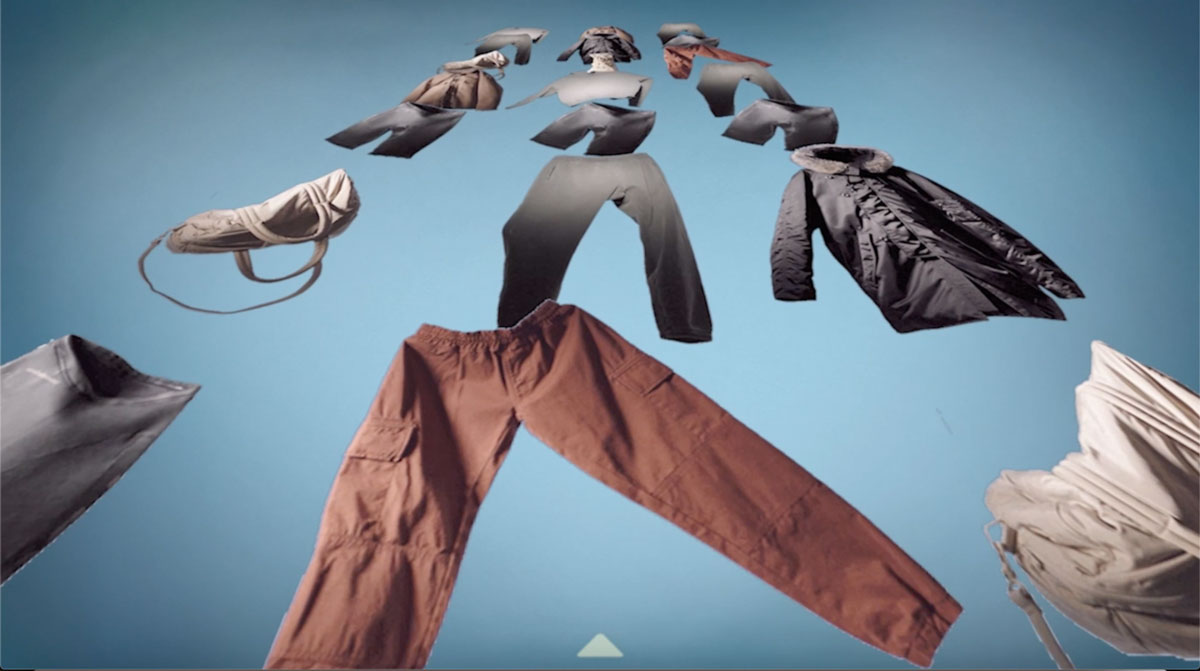 “And then wouldn’t it be nice to know something about them, so Kanye came up with the idea of having people who were doing something for the society and the community in which they live, so people like a firefighter, a nurse, a schoolteacher, and then maybe it’s someone who’s been to prison and changed as a person. There is something interesting in the idea of having clothes that have personality because of who’s been wearing them.”

Sneakerheads will also delight at the site’s playful waiting room feature, which allows them to take their place in line in order to cop the latest Yeezy product drop. 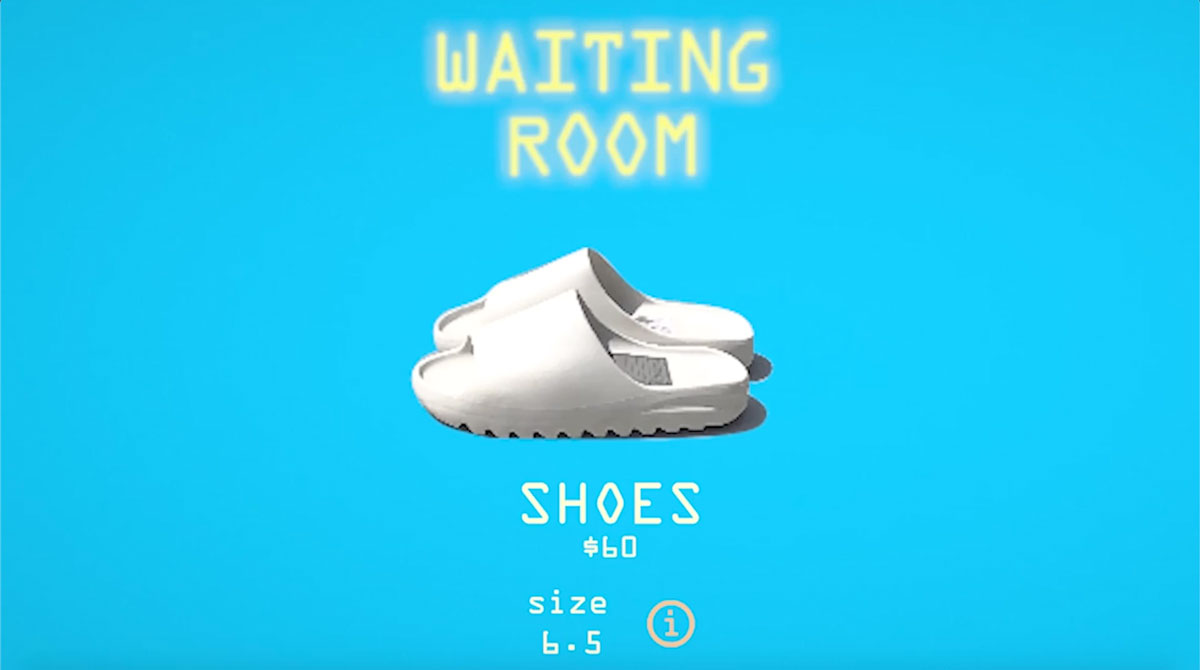 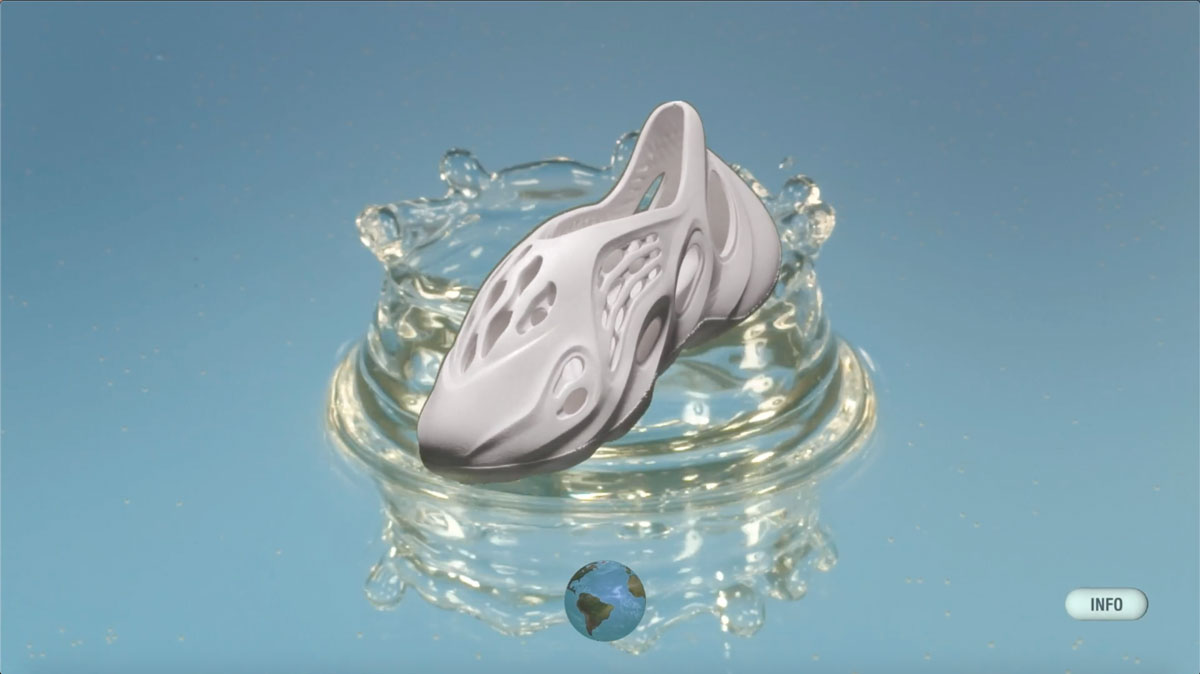 While it’s an approach that isn’t automatically translatable for every fashion brand, the redesigned site is certainly an interesting experiment in e-commerce, and comes at a time when the online shopping experience is set to become more vital than ever in a post-coronavirus world.

Masked illustrations are welcoming shoppers back to Europe’s malls

How art is helping cities and towns recover from Covid-19

Nike’s split screen ad is an epic ode to togetherness

Why it’s time to decolonise the creative industries