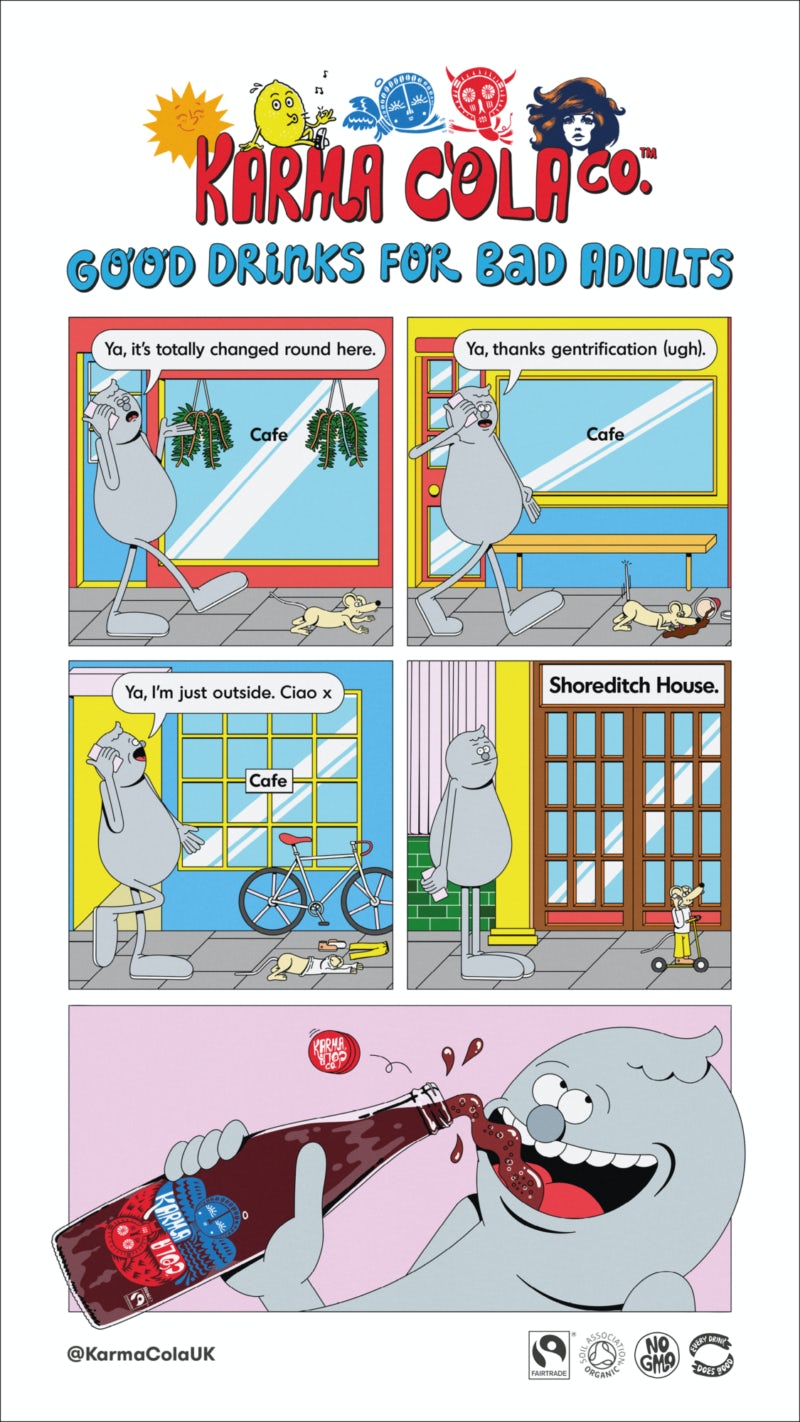 Karma Cola, the Coca Cola challenger whose Fairtrade fizzy drinks help farmers in Sierra Leone, has launched a playful campaign aimed at adults who are a little bit “bad”. Good drinks for bad adults speaks to those of us who set out with the best intentions, but sometimes fall short when life gets in the way. The so-called “latte activists” are do-gooders who sign change.org petitions, avoid plastic straws and drink from reusable coffee cups but sometimes struggle to follow through on their ideals.

This group are represented in the comic strip-style posters by Lesley, a “bad adult”. The relatable situations Lesley finds himself in poke fun at the hypocritical modern consumer: he misses his morning run, farts during yoga, takes a long-haul flight to a sunny destination despite protesting climate change at an Extinction Rebellion-esque demonstration, and complains about gentrification as he strolls into Shoreditch House. 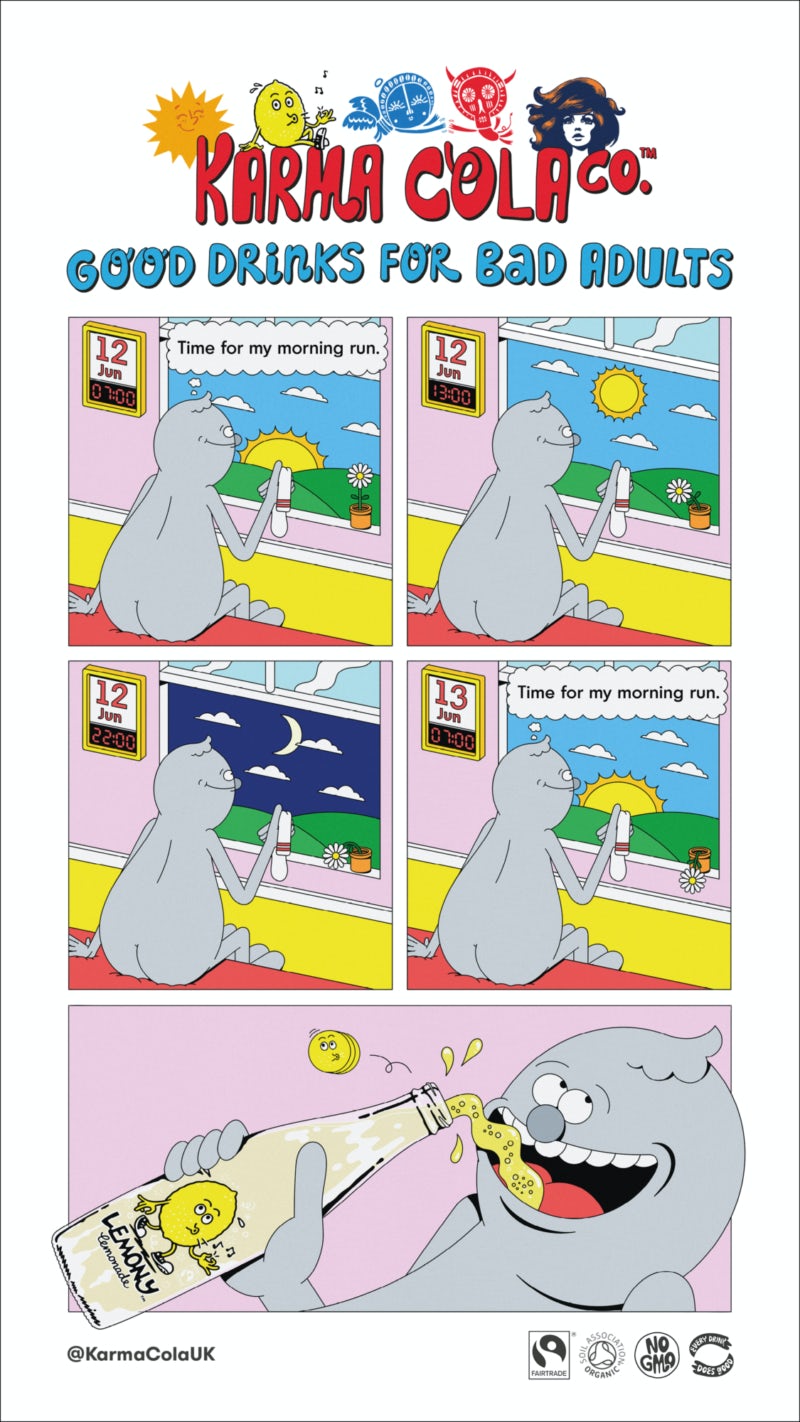 The humorous ads will feature in print, on social media and outdoors at 50 locations to confront other bad adults. Outdoor locations include Box Park and the Old Street roundabout in east London, and the Shoreditch House ad will be placed directly outside the private members’ club to light-heartedly target the creative community’s stomping ground.

Karma Cola hired illustrator and animator James Papper – known for his light-hearted characters – to bring Lesley to life. The character is genderless; a misshapen grey vessel for anyone to project their own failings on to. “I’m just trying to make stuff that a) makes me laugh and b) looks good,” says Papper of his work. 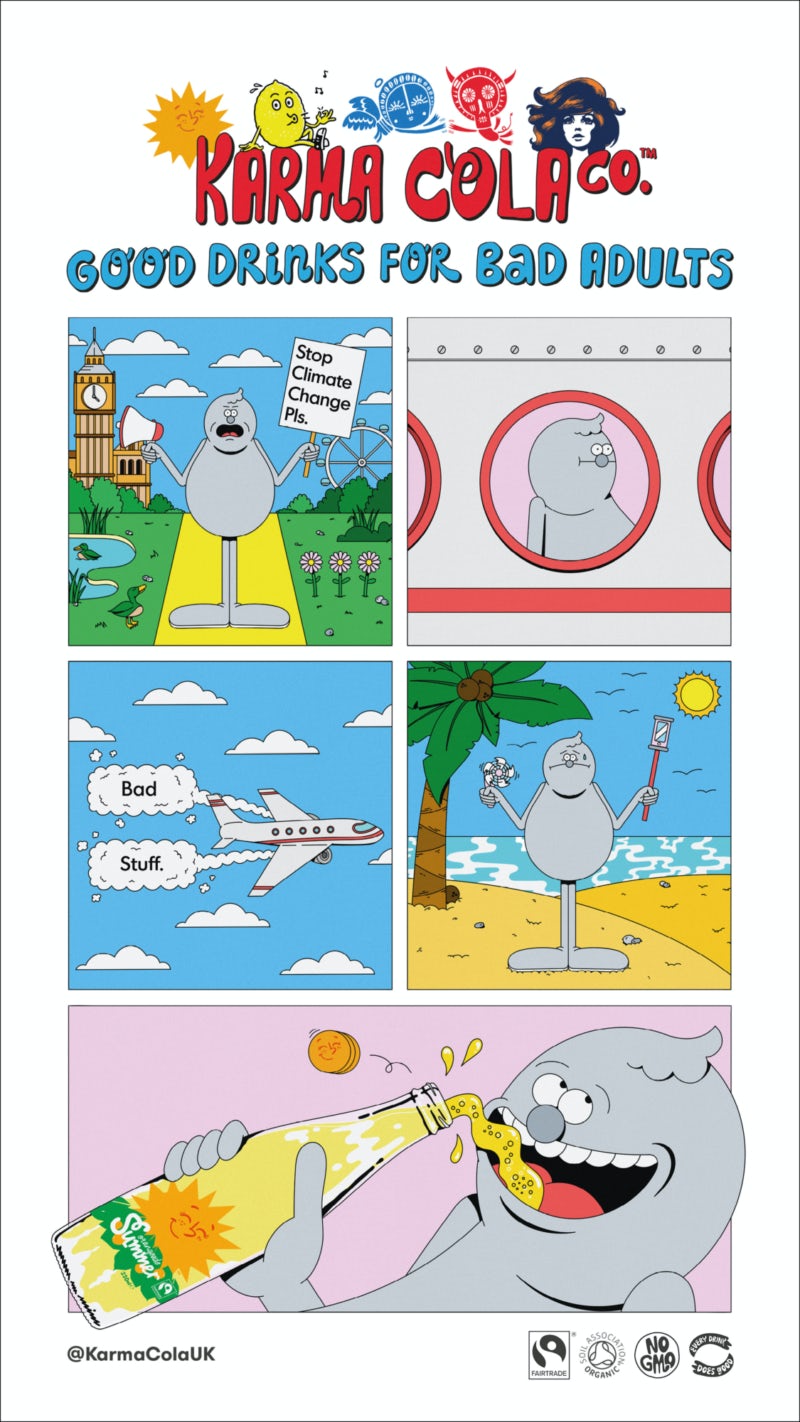 Papper has also created playful illustrations and animations for Vodafone brand VOXI and fintech startup iZettle. The illustrator was attracted to Karma Cola because of the brand’s ethos: “Working on this project has been cool, because not only are Karma Cola an ethical brand who I feel good about working for, they’ve also given me the freedom to achieve my dream of putting out a 20ft fart joke,” he says.

Karma Cola aims to live up to the ‘Karma’ part of its name. The brand works directly with kola nut farmers in Sierra Leone to create its organic cola, and runs a foundation which has helped build new infrastructures such as bridges in communities in the region. Speaking to CR back in 2016, co-founder and Creative Director Simon Coley said the aim was to create a business model that was “good for the people who grow the product, good for the land and good for consumers”. For all its irreverence, its ‘Good drinks for bad adults’ campaign has a clear underlying message – that drinking Karma Cola is one small action you can take to do some good. 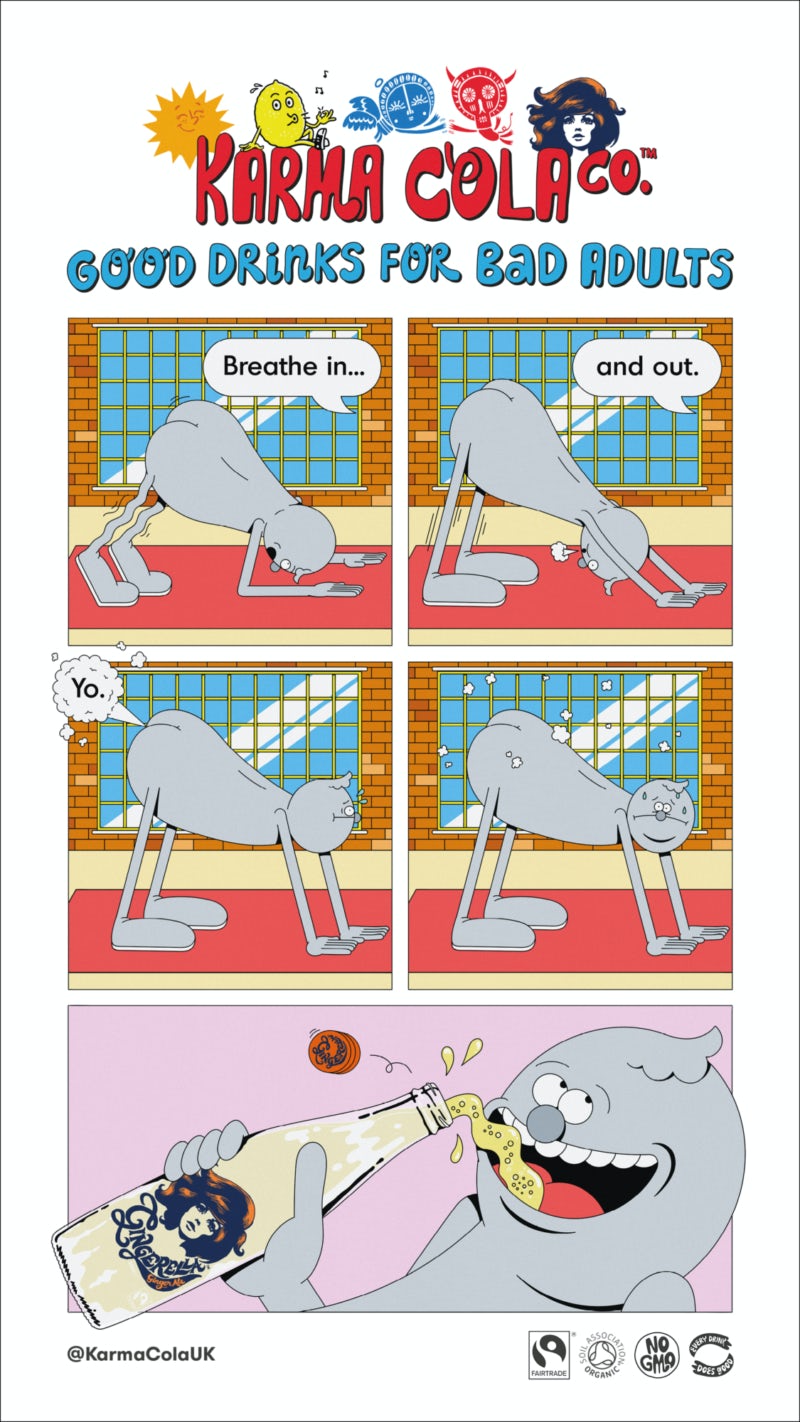