With the toxic political rhetoric that surrounded the Brexit debate, and a dramatic rise in hate crimes over the past few years, Britain has, in many ways, started to feel like a nation divided. Documentary photographer Katie Waggett began her photo series Sunday Best in order to shine a light on a different side to Britain – specifically to celebrate London’s long history as a welcoming home for people of all nationalities, ethnicities and beliefs.

The series has now been turned into a book by Hoxton Mini Press, featuring an array of images of London’s largest faith groups in a series of Sunday encounters, and accompanied by the subjects’ written testimonies.

Here, CR speaks to Waggett about the process of bringing her initial idea to life, the importance of including her subjects’ own voices in the book and why now, more than ever, is such an important time to celebrate our communities. 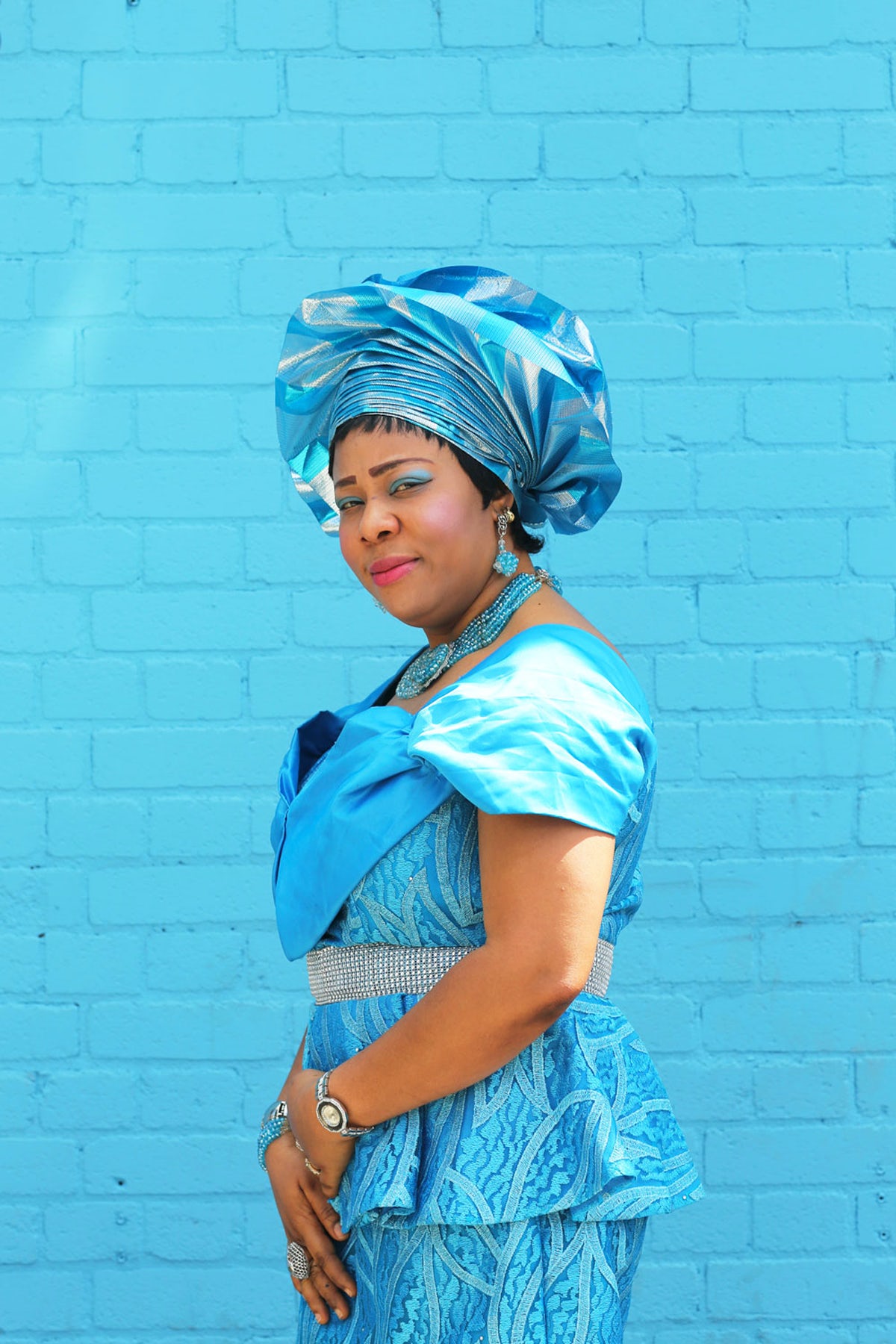 Creative Review: How did Sunday Best come about?
Katie Waggett: Sunday Best is a response to increasing intolerance and growing nationalism in Britain. The idea for the project developed during the aftermath of the EU referendum, and [was] further shaped by the London terrorist attacks of 2017. As a new mother I felt anxious and pessimistic about bringing up a child in Britain. Then the Grenfell Tower fire happened, and I was reading tweets from voices around the world saying how they admire the way the British, irrespective of religion or ethnicity, always pull together in times of crisis. The lens through which other nationalities saw Britain seemed far more compassionate than that with which we view ourselves.

It made me want to reinforce that label and contribute to a more positive dialogue about what it means to be British. So I set about making portraits to offer an alternative story to the divisive ones that dominated the media. I wanted to use photography to show the best of who we are. Sunday Best is a story about progress. 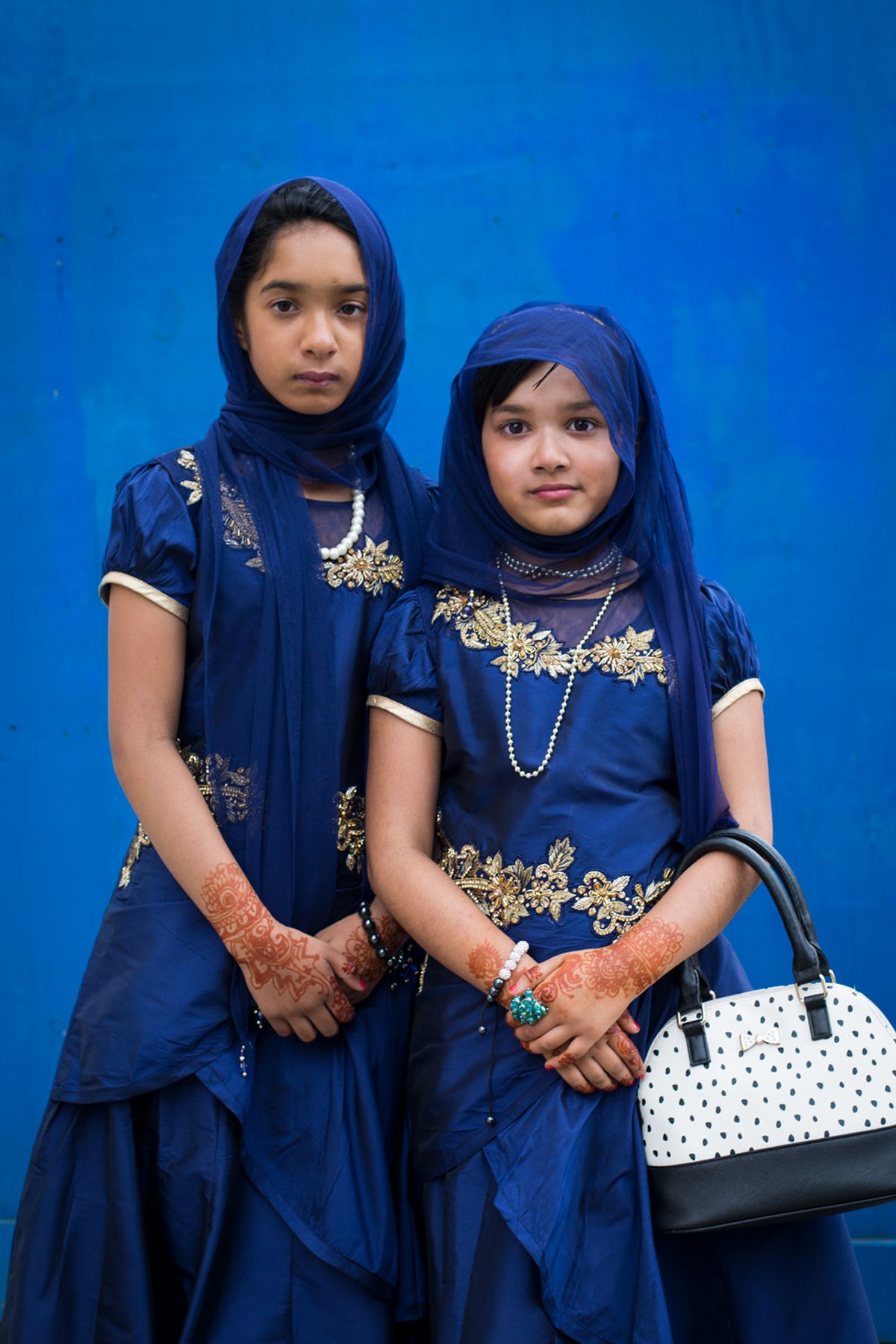 CR: What is your own relationship with religion, and did this have any bearing on your approach to the photo series?
KW: I’m agnostic. I think being from a background that’s not religious and being around friends who are largely not religious, and occasionally discuss the ways in which religion can be problematic, unconsciously influenced my own views. So when I went into the various places of worship it became really apparent to me how little I knew, and how it really is a simple lack of understanding that breeds mistrust, resentment and, effectively, separatism. What religion meant from one person to the next varied hugely, but fundamentally what it brings to peoples’ lives in terms of creating a sense of belonging, companionship, and community far outweighs any negatives.

Many people talked about problems with depression and how prayer helped them fight feelings of loneliness. Others talked about the afterlife: I recall one conversation with a 94-year-old war veteran who talked fondly of his relationship with his parents and his excitement at seeing them again. When you understand what religion brings to individual lives, it fosters empathy. Being an outsider showed me that there’s a lot of unnecessary fear and cynicism surrounding the topic of religion that stems from ill-informed assumptions. I hope that the book will promote conversations in a different direction. 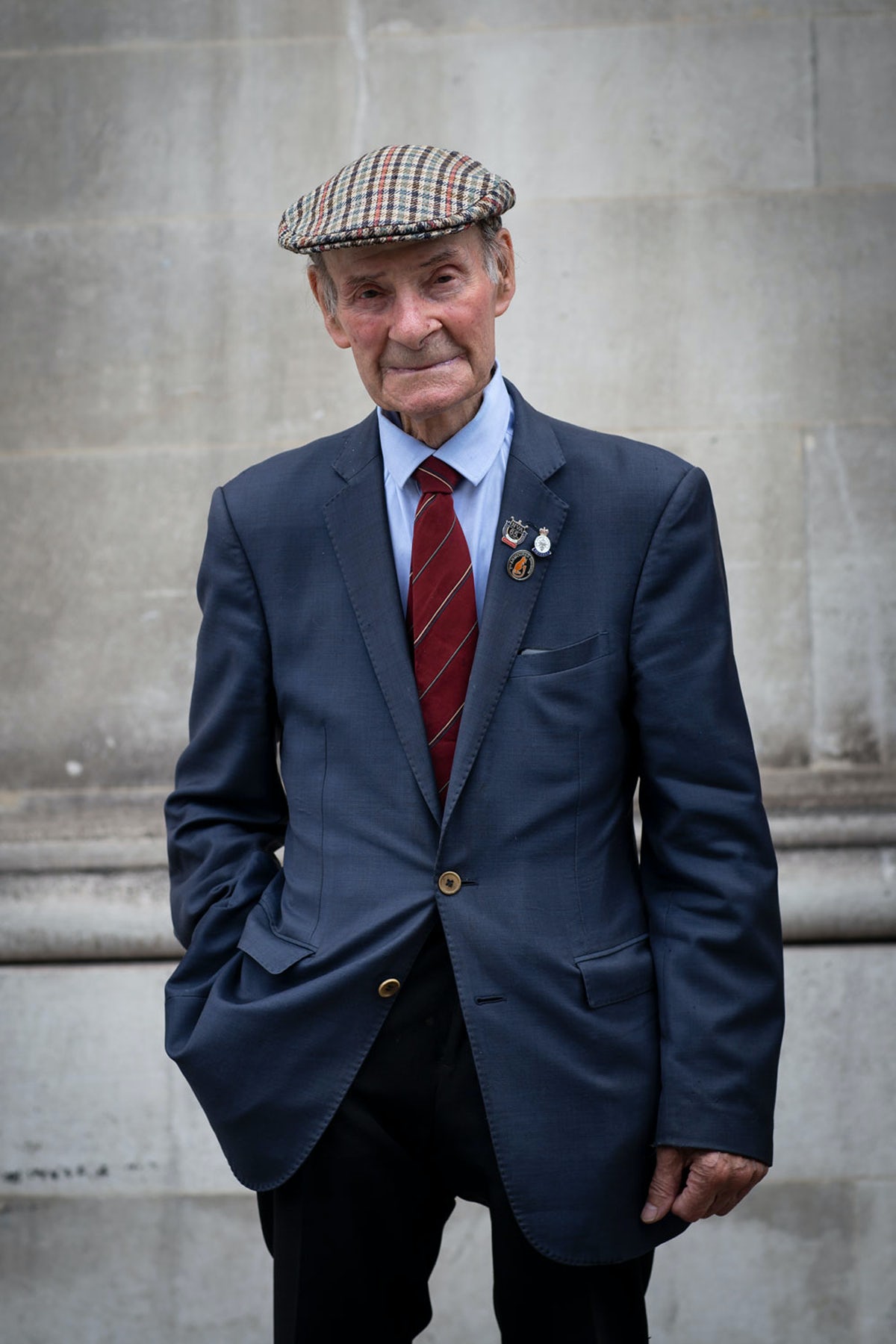 CR: How did you approach finding your subjects and taking their portraits?
KW: Finding subjects was a combination of research – locations were planned in line with an early decision I made to represent London’s six most popular religions proportionally to their population size – and chance encounters with houses of worship. I could be at a church one Sunday morning and walk out to be met by Hindus gathering outside the temple next door. That’s the wonderful thing about London, all of these places of worship stand side by side, so finding portraits was often very spontaneous.

I tended to approach congregants as they left a service. The portraits themselves were very quick interchanges; rarely did I spend more than one or two minutes with a person. Sometimes I would talk to the participants while shooting; I’d ask them questions about their life, and try and capture that uninhibited, off guard moment in between. That tended to relax people, and I got more of a sense of who they were.

One of the nice things about photographing people in their Sunday best is that it’s often an outfit which celebrates one’s ethnic and cultural background, and there’s a real sense of pride which comes with that. Photographing people outside their respective places of worship, in the familiarity of an environment steeped in one’s cultural traditions and practices, created a sense of comfort – people were proud to show off their cultural heritage. 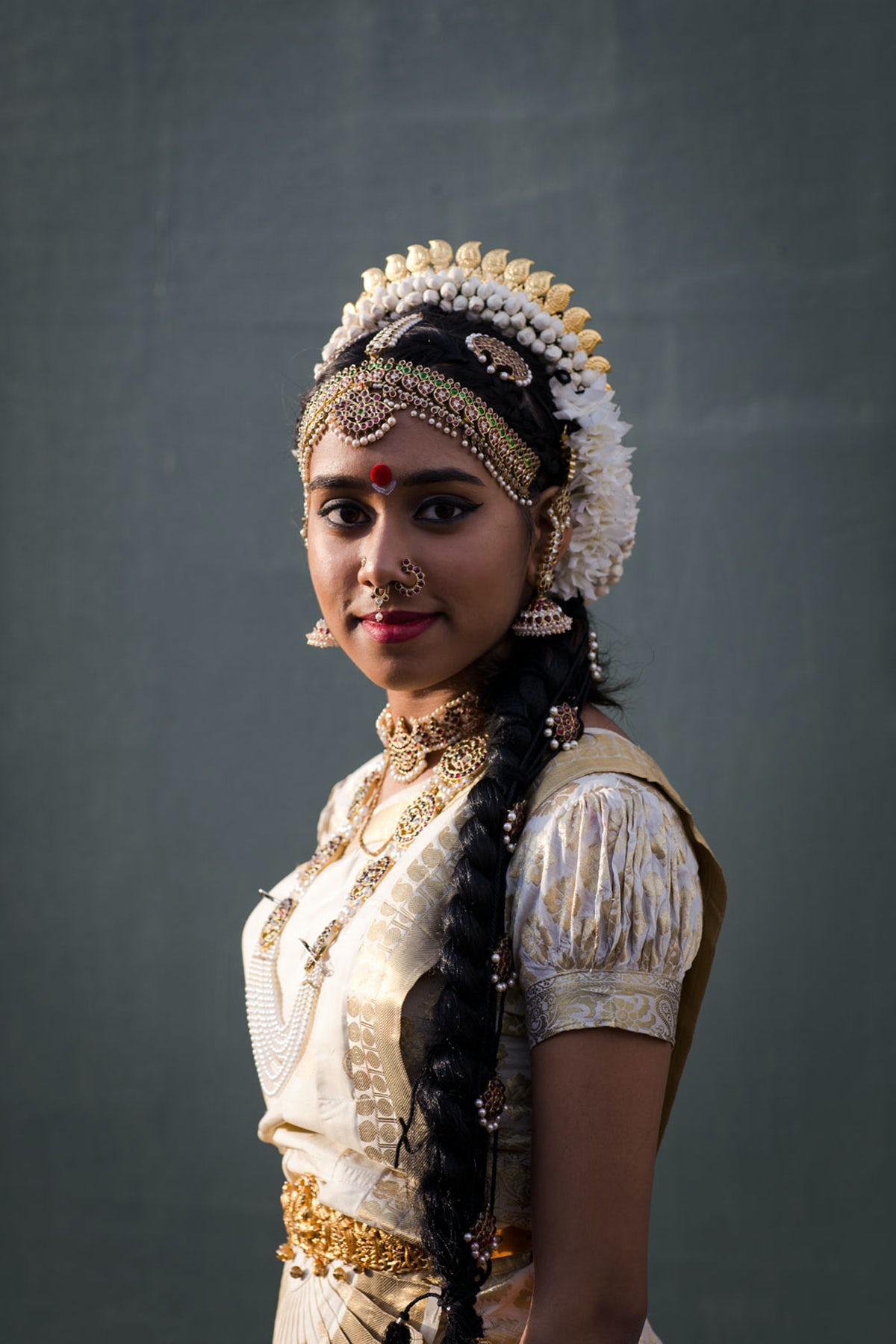 CR: Why was it important for you to include written testimonies alongside people’s portraits?
KW: The written testimonies provide readers with an intercultural dialogue that serves to challenge the divisive politics that come with a fear of the unknown. When a dialogue takes place and you learn about people from different cultures, you understand why people do the things they do, and you see the commonalities instead of the differences. People are more ready to cooperate with each other when they understand the things they have in common – shared stories will strengthen a sense of shared identity.

As well as highlighting the commonalities, the quotes also illustrate the variation in perspective that exist within any religious group: there are many ways to be a Muslim, a Christian, a Buddhist. Social media and other sources mean people are constantly exposed to a flow of opinions which reinforce lazy stereotypes. I hope that the personal narratives in the book will go some way in countering the kinds of tired stereotypes often depicted by the media.

I think it’s also important to note that, in this day and age, the camera is widely considered to be a tool of exploitation. I’ve always been very aware of that and careful in my consideration of how to represent people. The written testimonies arguably build a more collaborative and authentic process in determining what is being communicated – without them it would simply be my view from the outside. 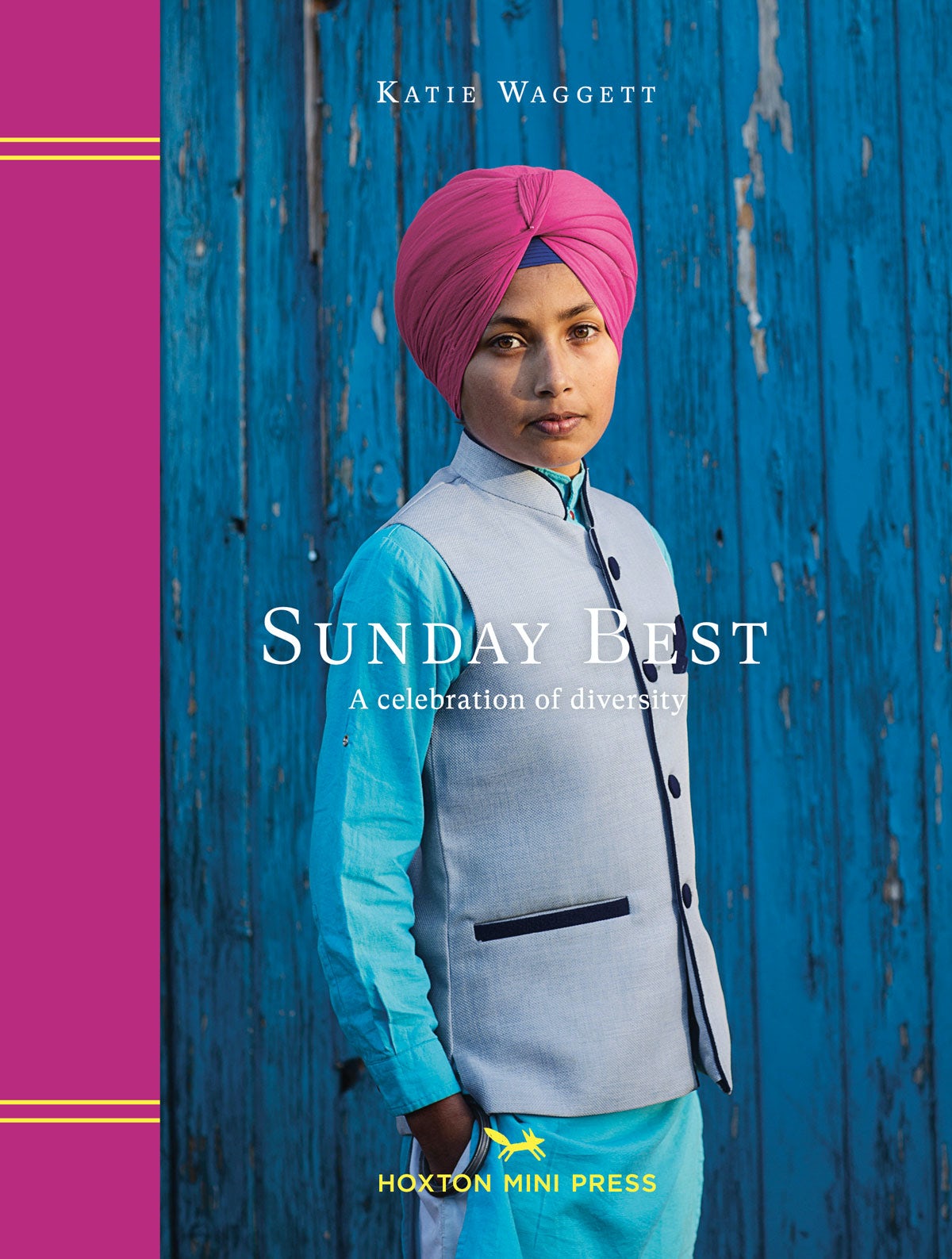 CR: Were you surprised by the amount of positivity about Britishness and multiculturalism that came out of these encounters?
KW: This is something that’s at the core of the project. When I started making portraits, against the backdrop of divisive political debate, I was expecting to be met with the same pessimism as the bubble in which I was living. I never expected people from minority groups to say that they felt proudly British, and valued members of society. These kinds of responses are made possible by living in a city where citizens have the freedom to stay true to their roots and cultural identities, and that sense of belonging to a British identity gave me a sense of hope that I wanted to put back into the work.

The reality is that multiculturalism in London works. Racial conflicts, riots and terrorist attacks are rare, and for the vast majority of time people live side by side in mutual respect and cooperation. In areas that are not so diverse, people keep their differences in the home, but in London, as you will see from the project, people show up with their differences. It’s celebrated. I don’t think I would have got the same responses in many other cities.

Sunday Best: A Celebration of Diversity is published by Hoxton Mini Press; katiewaggett.co.uk