The revamped packs – which include brands such as Kellogg’s Corn Flakes, Kellogg’s Crunchy Nut and Kellogg’s Coco Pops – feature “bold and striking colours” to make the product stand out on supermarket shelves.

Officially, Kellogg is pointing to internal research showing that nearly 70% of regular Kellogg’s consumers were better able to find the new packs on supermarket shelves. They also claim the new packs increased purchase intent by almost 50%.

The new pack’s design also allows for “consumer’s desire for more transparency on pack,” Kellogg said. The new labelling is much easier for people to read, which “improves communication with shoppers”. 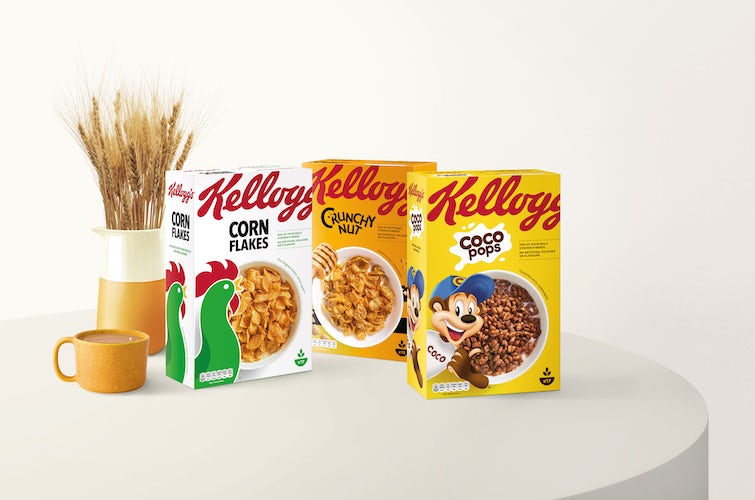 “A new visual language has been created so consumers can understand more about the food, and also about the Kellogg’s brand,” Kellogg said. “The design cues on pack depict the simplification of the food inside the box.”

The new package design takes some of the emphasis of the boxes away from the famous characters that Kellogg’s has used over the years to advertise its cereals, which include Coco the Monkey and Tony the Tiger.

Kellogg have long used branding to target children, who tend to be their biggest consumers. These characters’ somewhat diminished presence on the boxes – where they are balanced alongside the logo and bold colours and are no longer shown holding the bowl or spoon, could be an allusion to complaints such as the recent speech from Tom Watson, the Labour Party’s deputy leader, who name-checked Kellogg in a speech heavily criticising the advertising industry and brand owners for their use of cartoon characters on sugary food and drink products. 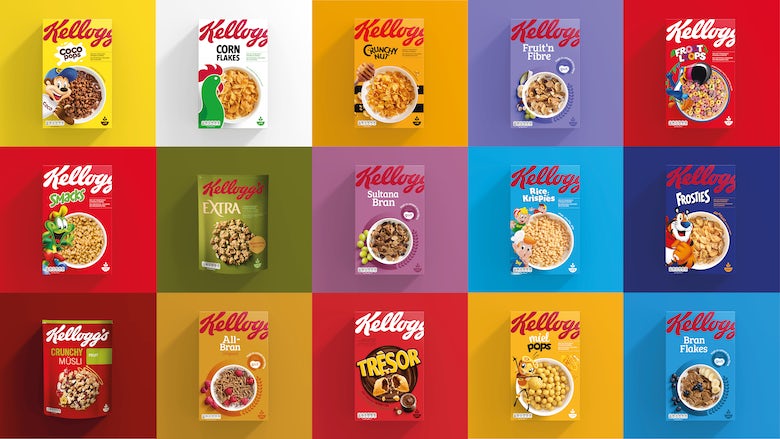 The ad industry “has the power to take sugar off the table – to reinvent the British breakfast”, he said. “Some say that advertising is just a mirror on our culture, but I think it can shape our culture – and more than it does.”

Kellogg’s was actively name-checked during the speech in unsparing fashion. Watson said advertising could convince consumers to: “Go to work on an egg, and not a box of obesity-inducing Kellogg’s cereals.”

Luc Speisser, President of Europe for Landor design agency, said: “The pack is the most tangible manifestation of the Kellogg’s brand. We saw it as a platform to renew their identity and their commitment to the wellbeing of customers. By working with Kellogg’s, we’ve helped modernise a well-known brand.”

The new design comes amidst rising industry-wide pressure on food retailers to provide customers with better and clearer information on potential allergy-inducing ingredients, as well as giving shoppers more information on unhealthy foodstuffs high in fat and sugar content.

Modernising, in this instance, might be a case of jumping before it was pushed.