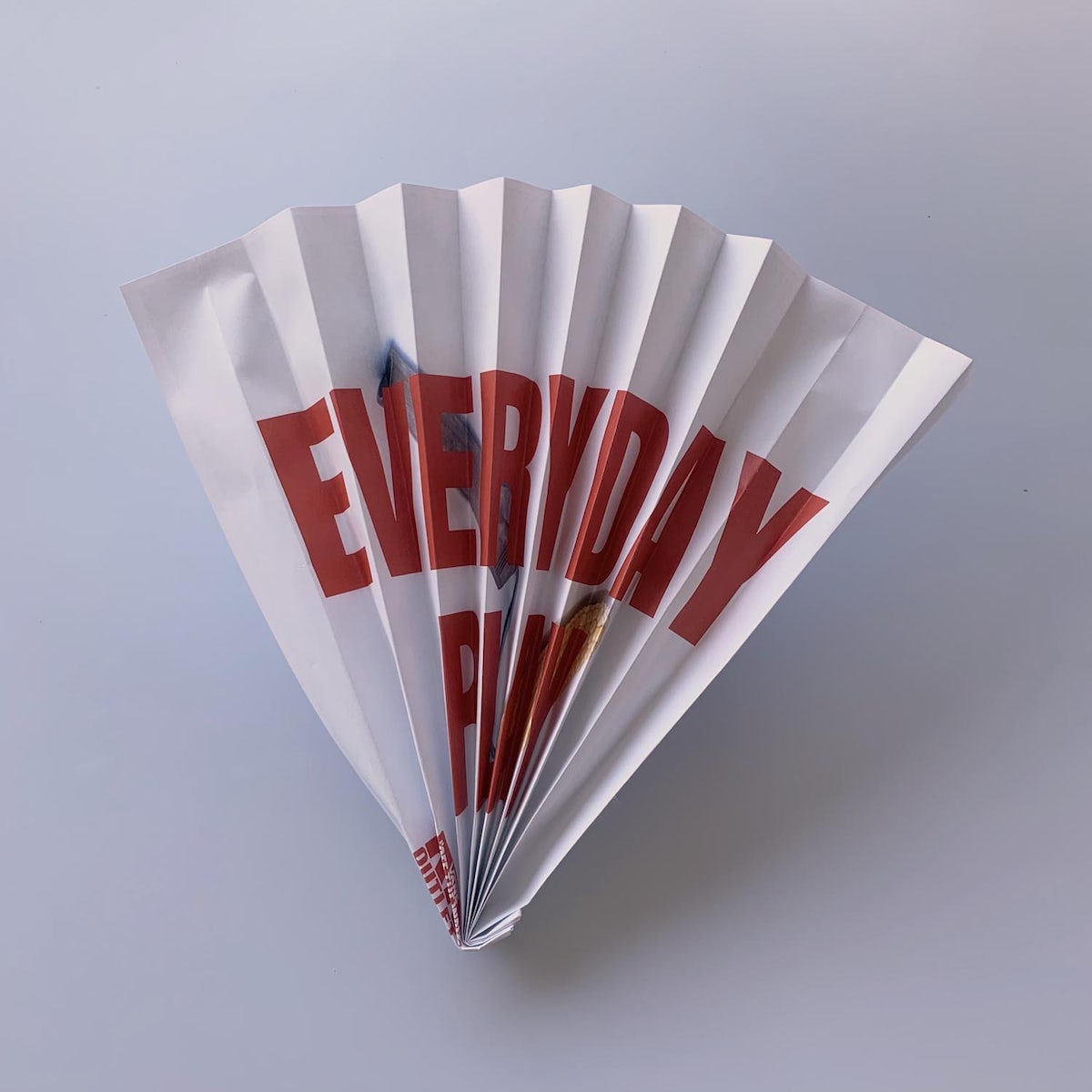 Based in the heart of Shoreditch, KK Outlet became known for the unusual exhibitions held in its hybrid show and shop space, which ran on the floor above its communications agency, KesselsKramer. Launched in 2008, artists like Anthony Burrill, Mr Bingo, Hattie Stewart, Ewan Spencer and Yuri Suzuki all exhibited there, before it shuttered last year after 132 shows.

That wasn’t the last of KK Outlet, though. It’s being revived for a three-month takeover season in the new Vans store in Covent Garden, slightly further west than its Hoxton Square home. It’s kicking off with a group show, Everyday Play, which will feature the work of 11 multidisciplinary artists: Daniel Eatock, Clifford Jago, Harry Grundy, We Make Carpets, DR.ME, Annegien van Doorn, PUTPUT, Gab Bois, Hannes Nienhueser, Helmut Smits, and KesselsKramer itself.

The brief for the show was: ‘How can you make the common uncommon?’ resulting in mundane objects elevated, reshaped and transformed into something a little less ordinary. For visual artist Gab Bois, this meant threading earphones through earrings, stylist JAGO gave new life to a tent, while Harry Grundy has remoulded basic furniture items with new characteristics.

Over the course of the three months, KK Outlet will be running its trademark curated shop, a new show each month, as well as social events, talks and workshops – the first of which with collage artist duo DR.ME, who has previously worked with The XX, Tate Modern and Stella McCartney and is also taking part in the show.