If you’re partial to a spot of online shopping, chances are you’ll have noticed Klarna’s distinctive pastel pink logo popping up with increasing regularity on the checkout page of your favourite sites. The ‘buy-now-pay-later’ model – which offers interest-free finance without the need for a credit check – has been booming in recent years. Klarna has arguably been at the forefront of the movement away from more traditional forms of credit, and now works with over 250,000 retailers worldwide ranging from adidas to ASOS.

Founded in Stockholm in 2005, Klarna officially launched in the UK in 2016. Since then, it has won over British shoppers in their droves with its streamlined approach to digital payments and appealing messaging, which reassures shoppers to “sit back and relax. Klarna will notify you when payment is due”.

People using the service typically have 30 days to pay for their purchase, or alternatively can ‘slice it’ and pay in instalments over a series of months. Unlike some of its competitors, the company is keen to promote that it doesn’t charge added fees or interest. Instead, it generates most of its revenues through fees from the online retailers that it works with. 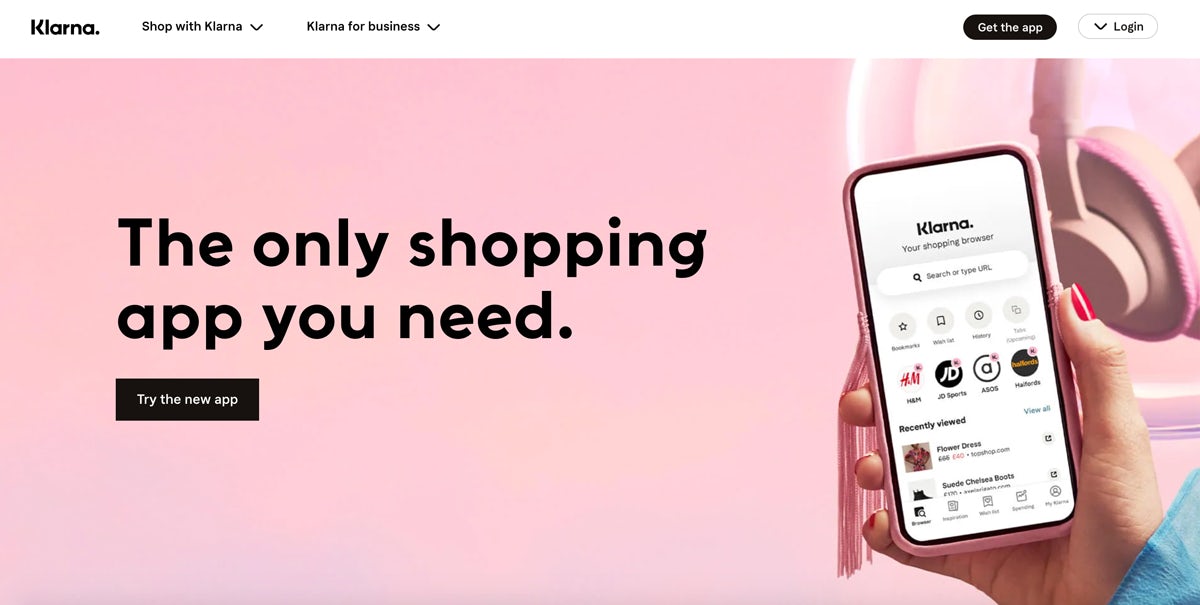 The appeal of the ‘buy now pay later’ proposition has only grown amid the financial uncertainty created by the pandemic, as well as the broader boom in online shopping. Klarna reportedly won 21 million new customers in the first nine months of 2020, and at one point was signing up 200 new retailers to use its payment technology every day. In September, it became the fourth largest private fintech company in the world.