Lacoste’s distinctive crocodile logo is an instantly recognisable emblem for the clothing brand. The crocodile’s origins date back to the beginnings of the brand itself, when its founder, French tennis legend René Lacoste, was making waves in the tennis world against the backdrop of the Roaring Twenties. After a particularly memorable Davis Cup match in 1923, an American journalist christened Lacoste as ‘The Alligator’ in reference to a bet between the tennis player and his coach over a crocodile suitcase. In 1927, an artist called Robert George was commissioned to bring the crocodile to life as the brand’s logo.

With the help of agency BETC, last year Lacoste switched up its crocodile symbol for the first time in its history. The company’s collaborative campaign with the International Union for Conservation of Nature (IUCN) saw it temporarily swap out the green crocodile for 10 of the world’s most threatened animals on a set of limited edition polo shirts. Only 1,775 were produced, tallying up with the number of each animal estimated to be left in the wild by IUCN species experts, ranging from 40 Burmese roofed turtles to 67 Javan rhinos. 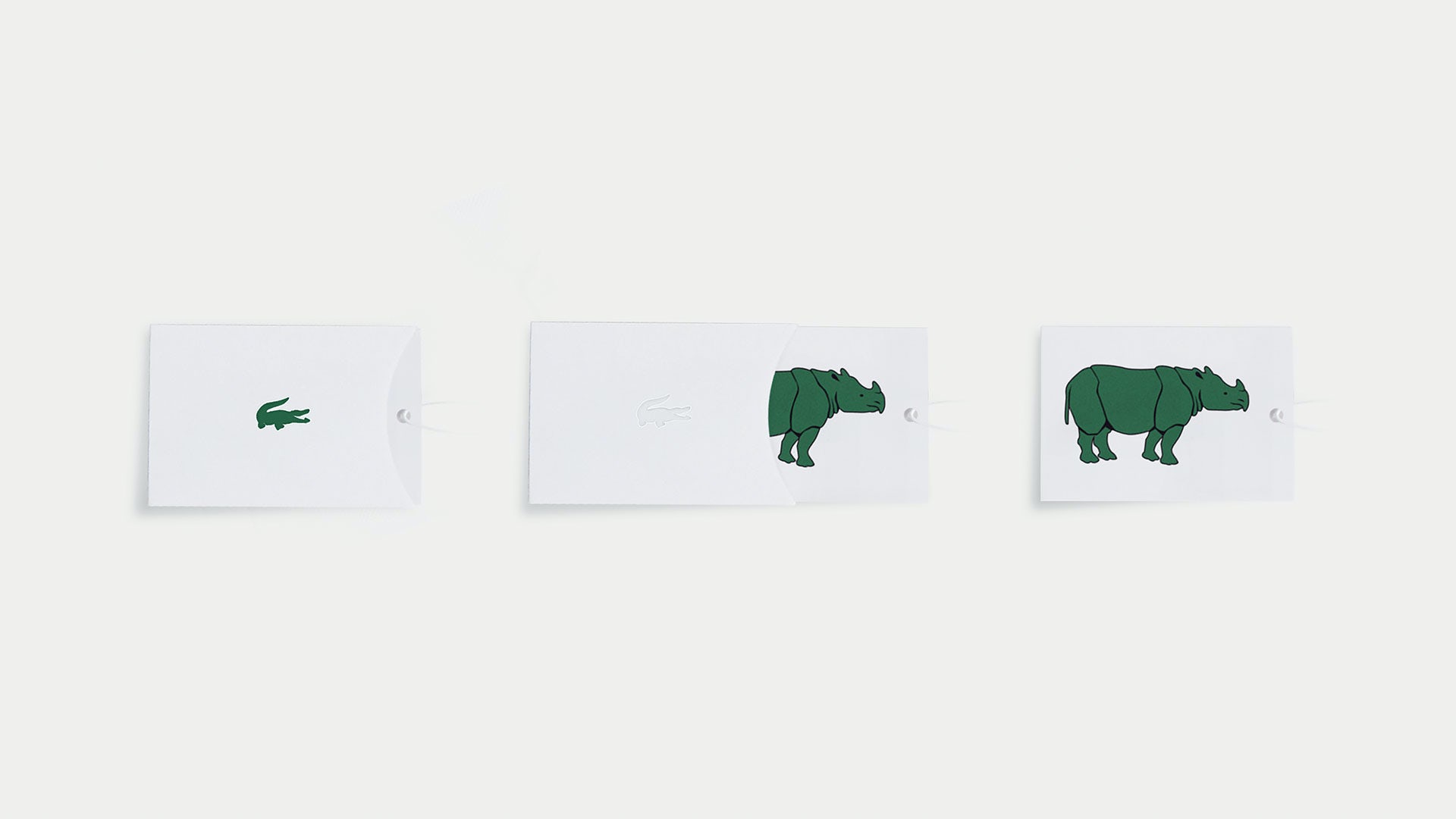 The campaign spotlighted the stories of some of the planet’s most endangered creatures. The California condor, for instance, is the largest flying bird in America but the distinctive black and red bird’s survival is threatened by lead poisoning and the human-induced garbage that pollutes its habitat. Then there’s the Anegada Ground iguana, native to the British Virgin Island of Anegada, whose habitat is shrinking due to cattle breeding, the Cao-vit Gibbon, a flightless parrot called the Kakapo, and the Sumatran Tiger.

Launched during Lacoste’s show at Paris Fashion Week, Save Our Species had all the hallmarks of a viral ad campaign. Available exclusively online, the polo shirts sold out in just 24 hours, each one helping  to supporting IUCN’s programme.