Since 1908, the classic London Underground roundel has had a strict colour scheme of red and blue. It’s something many passers-by perhaps won’t have noticed on their rush hour commute, but they are likely to pick up on the new colour palette that currently replaces it at Westminster Underground station.

As part of an ongoing project called Relic Traveller, Larry Achiampong has given the classic roundel a subtle transformation that pays homage to the African diaspora, while considering the notion of alternate histories. Achiampong’s Pan African palette of green, black, red and gold was chosen to symbolise “the land, people, struggles and prosperity”.

The British Ghanaian artist was approached about redesigning the logo by Art on the Underground, the TfL-endorsed initiative that brings eye-catching installations to the Tube stations around the city. The commission comes as part of its 2019 programme that “looks at the role artists can play in forming ideas of togetherness and belonging”, and will see eight different designs installed across 70 sites around the station.

Achiampong’s redesigns are also evocative of the relationship between African mythologies and science fiction, and draws on traditional Adinkra symbolism. The installation evokes the theory of ‘sanko-time’, which links to the idea of going back for what’s been left behind, as well as going back in time to prevent something in the future.

“To be given the opportunity to create an artwork that opens up questions around history and contemporary society, whilst celebrating the innumerable stories that have passed through this city, feels timely and important,” Achiampong said in a statement. “It is a legacy that I am proud to be part of.” 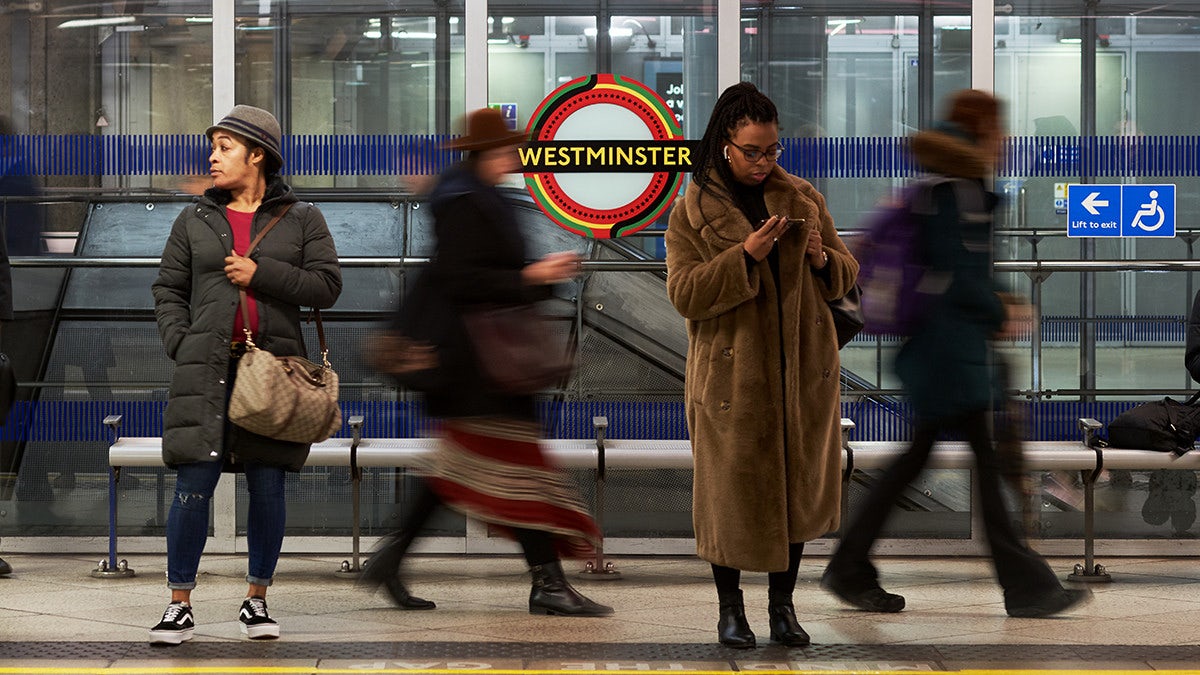