Niki Segnit’s debut book The Flavour Thesaurus focused on winning flavour combinations. Instead of laying out a series of step by step recipes, Segnit created a compendium of flavour pairings that readers could build on to create their own meals. It was a huge success, selling over 250,000 copies and appearing on various bestseller lists.

Her second book, Lateral Cooking, traces connections between different recipes to help readers understand the fundamentals of cooking. Each of the book’s 12 chapters covers a different type of food – from bread to sauces – and recipes in that chapter are arranged on a continuum, with each one building on the previous.

The book was designed by A Practice for Everyday Life and stands out not just for its bold typographic cover but the lack of photographs inside. Inspired by vintage cookbooks of old, APFEL created over 400 illustrations of featured ingredients and recipes and used a three-colour palette (red, blue and a green derived from overprinting the two) throughout. 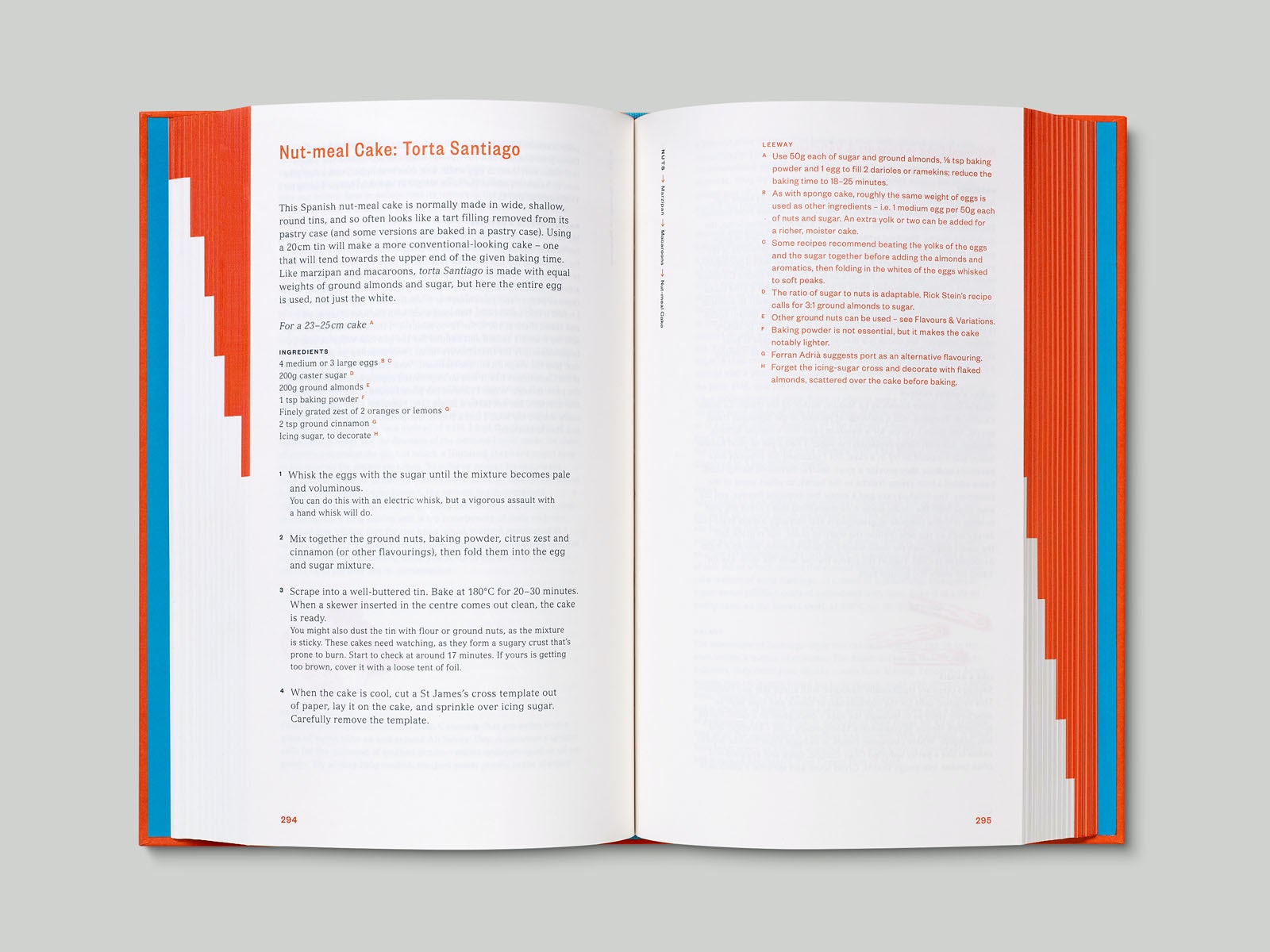 “We were keen to develop an approach to [the] design that was contemporary and distinct from the prevailing style of cookery books on the market,” says APFEL.

Each chapter opens with an illustrated spread and is divided into three sections – Recipes, Flavours & Variations and Other Directions – and colours, arrows and footnotes are used to help readers navigate the content. “The three spot colours used throughout function like a key, and a clear visual hierarchy helps differentiate between Segnit’s prose, recipe instructions, helpful postscripts and flavour suggestions,” says the studio.

It’s unusual to see a cookbook of this size without photographs, but APFEL says photography wasn’t “the most interesting or appropriate choice [of imagery] for Lateral Cooking”. 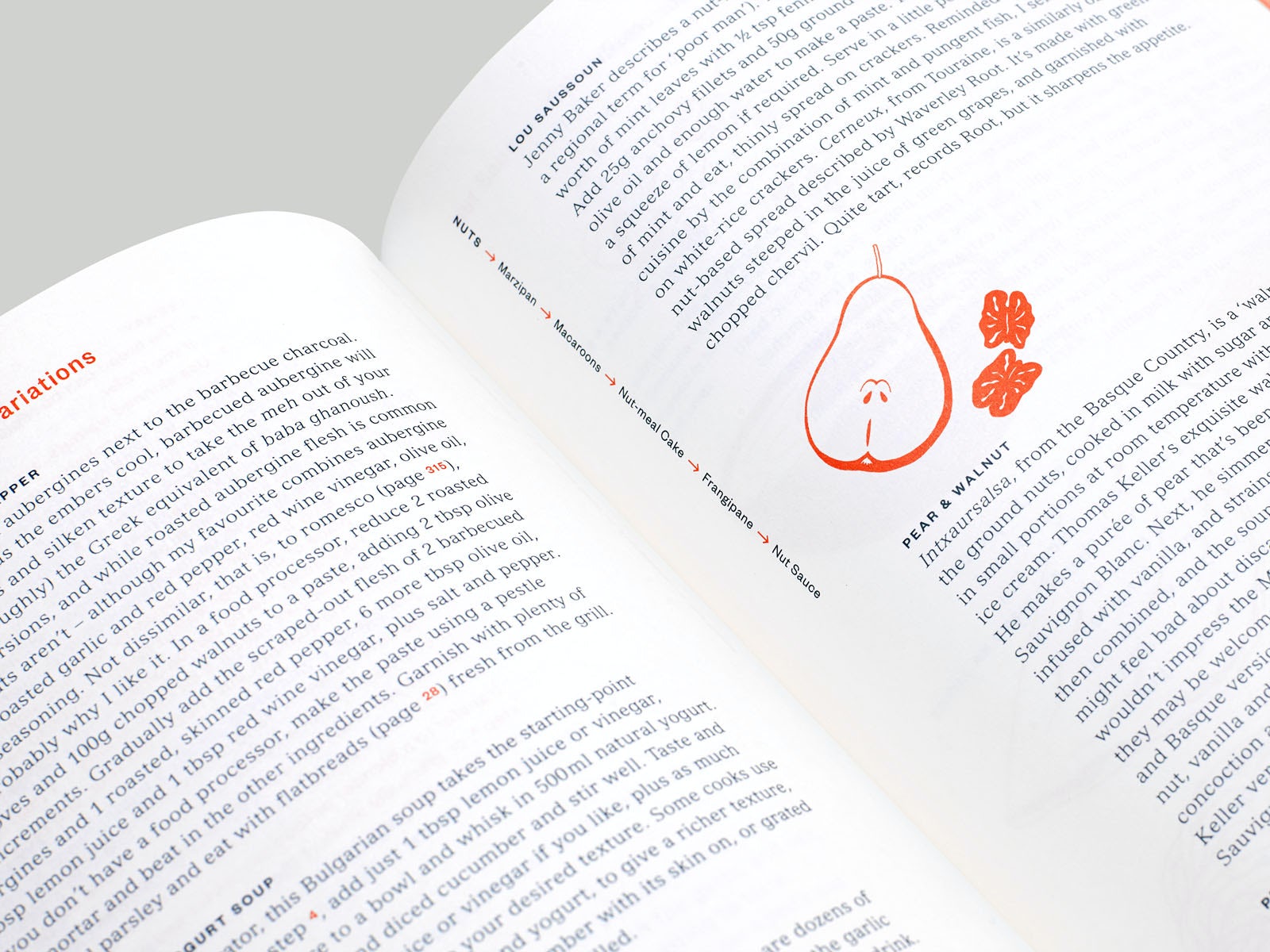 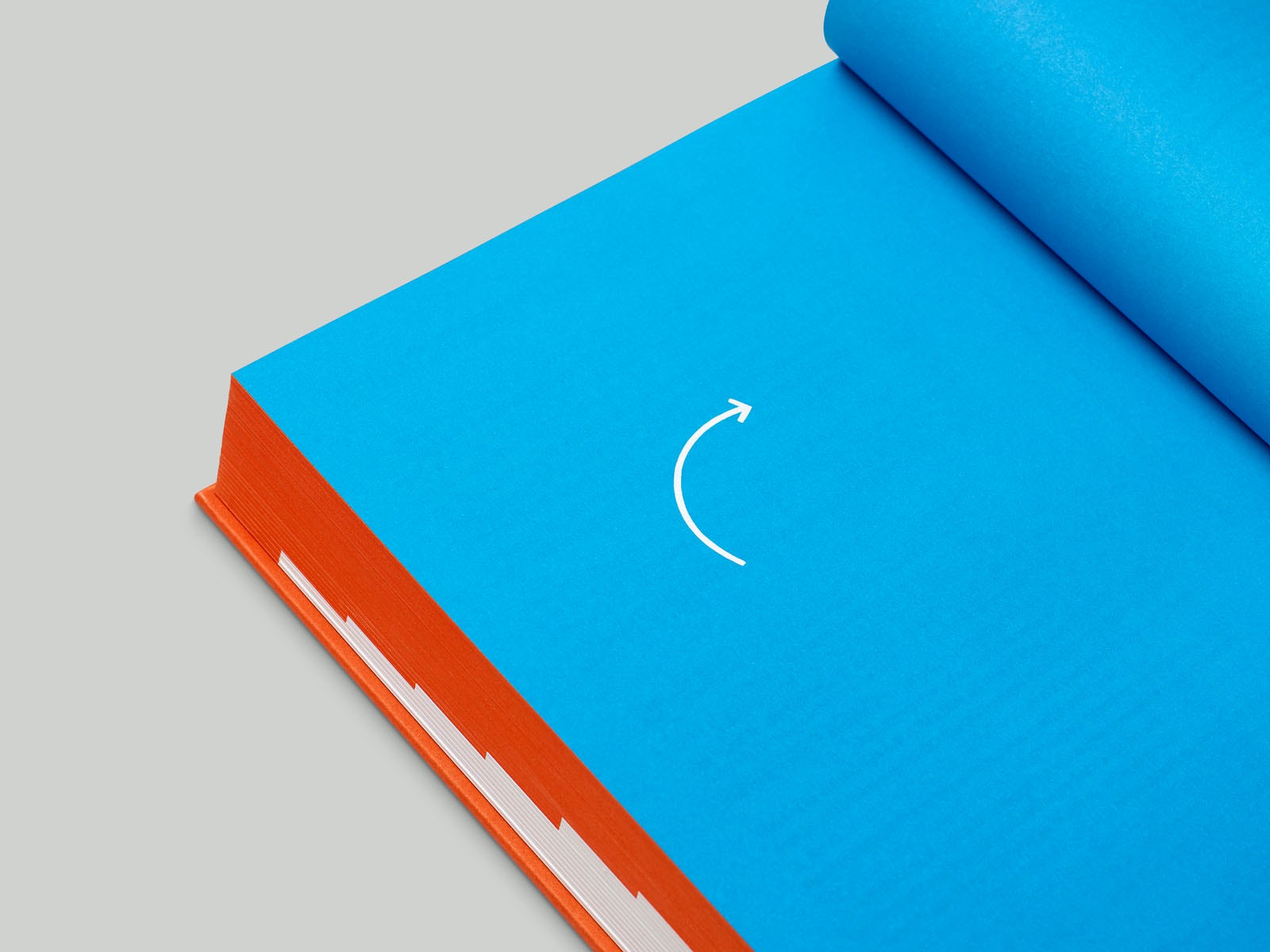 “The book focuses on providing readers with the methods and the understanding to develop their own approach to cookery, so photography felt too prescriptive in this context. However, Segnit’s text introduces an enormously broad range of dishes from different culinary traditions around the world and from throughout history, many of which would be unfamiliar, and which would benefit from illustration of some kind. We all felt that the inclusion of imagery would enrich the reading experience, and that it still had an important communicative part to play.”

“Setting aside photography, we looked instead to examples of food writing and cookery books created before photography and food styling became so commonplace. Throughout the 20th century, there was a tradition within food publishing where simple but characterful drawings of dishes and ingredients provided a visual counterpoint to the text, often using just one spot colour, and this approach appealed to us. This was the starting point for our ideas as we developed the illustrative style within Lateral Cooking.”

It’s a bold design filled with charming artwork and tactile elements – from the debossed cover to sewn binding and coloured head and tail bands. The book is published by Bloomsbury and costs £35.00. 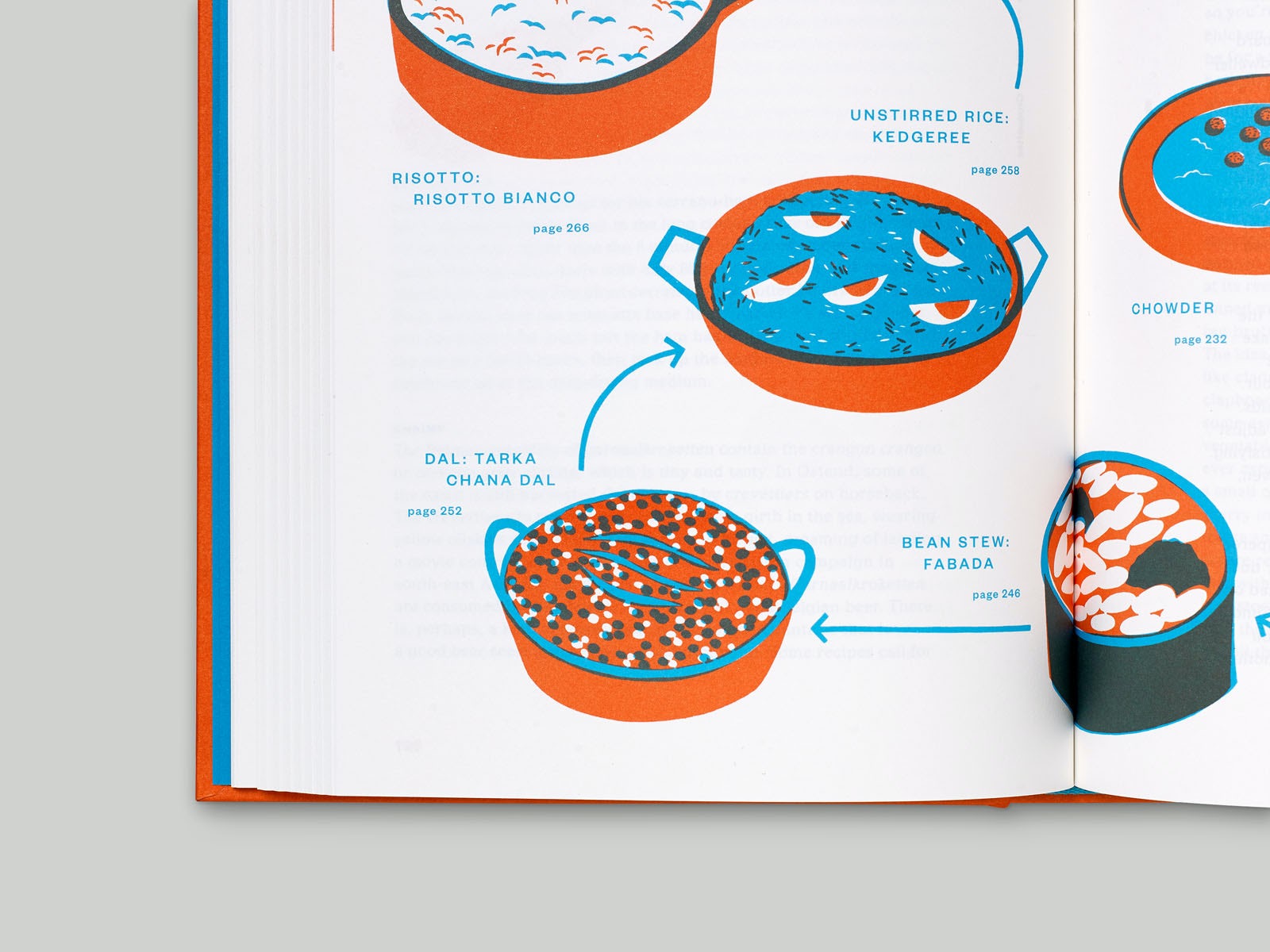