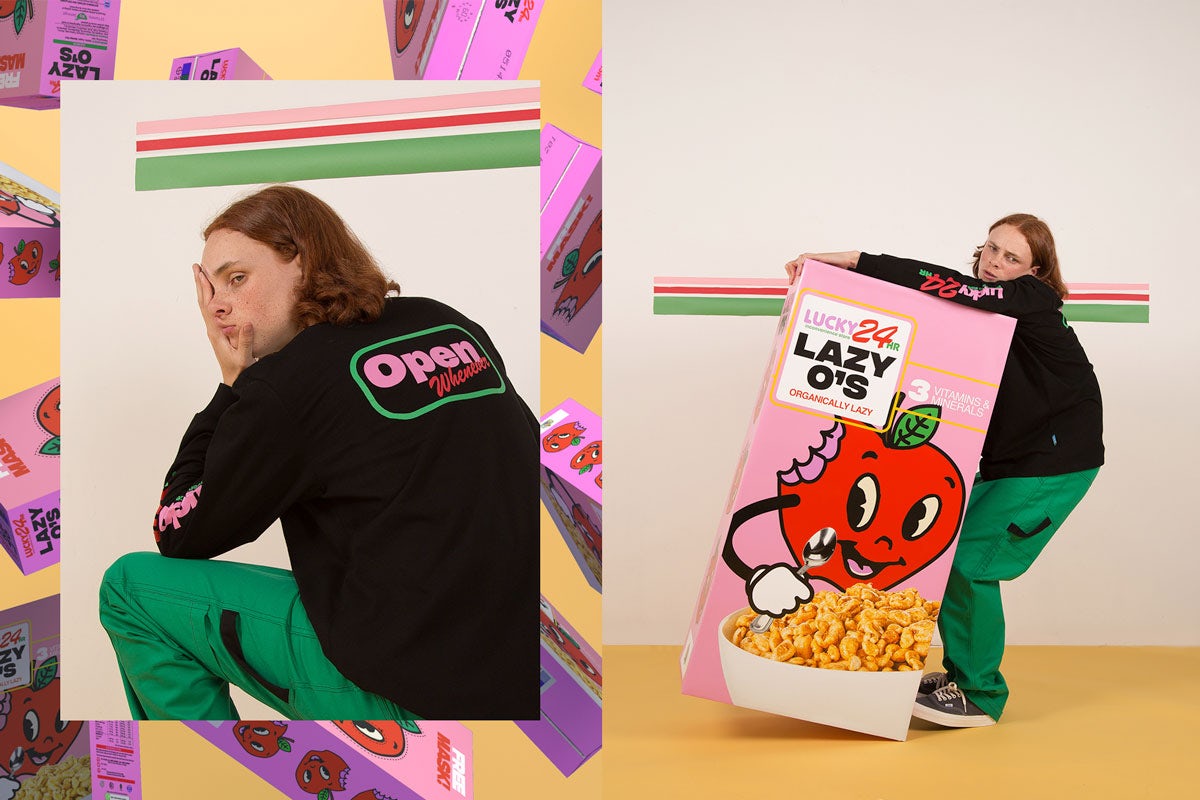 Lazy Oaf has teamed up with visual artist Sailey (also known as Sam Bailey) for its latest clothing collection. The six-piece menswear capsule collection is based on the concept of a ‘Lucky 24 inconvenience store’, which takes inspiration from 80s Japanese convenience stores and includes workwear style uniforms, accessories and t-shirts.

“The idea came from when I went into a convenience store in Japan and I absolutely loved their uniform,” says Bailey. “I asked the employees if I could buy a hat off them, but they politely refused no matter how much I tried to convince them to sell me one. Afterwards I went on a mad online search spree, but couldn’t find anything. When Lazy Oaf and I started chatting about a collaboration the hat that got away came to mind instantly.” 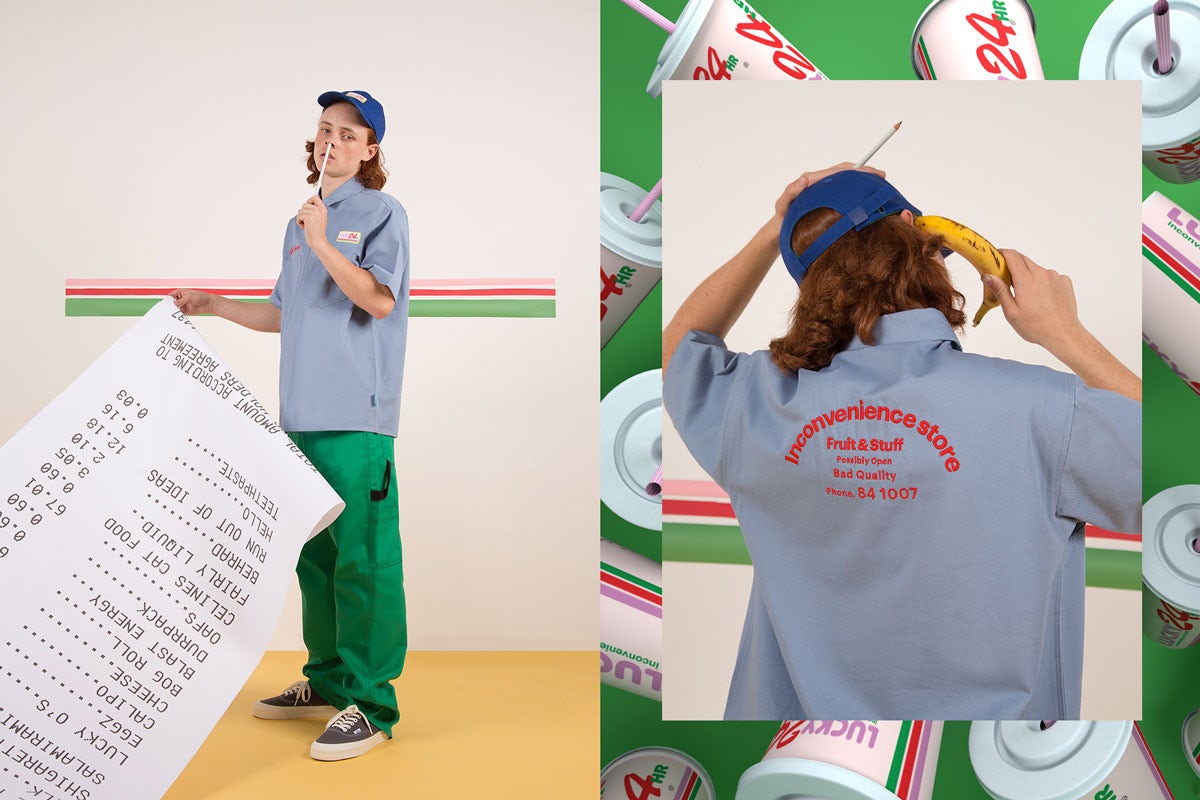 The London-based graphic designer is known for his use of distorted internet imagery and experiments with 3D software, previously collaborating with Lazy Oaf on a series of rave-inspired animations for its Autumn 2017 menswear campaign.

Bailey has worked with photographer James Rees on the accompanying film and photography for the playful inconvenience store campaign, which sees colourful graphics of food and drink packaging alongside oversized receipts and giant cereal packets. 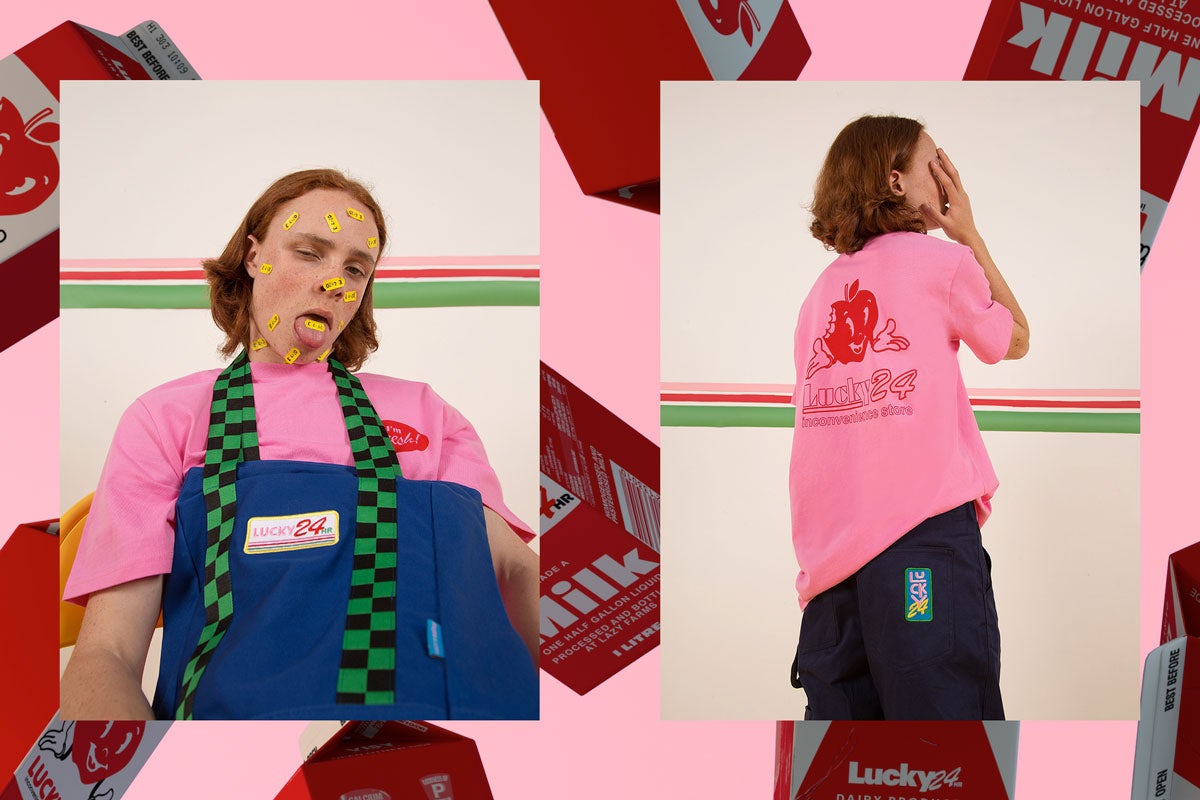 While elements such as the food packaging and the staff training video-inspired film nod to 80s Japan, Bailey was also keen to avoid too many clichés with the campaign. “I’ve tried to be mindful of appreciation vs appropriation by taking cues from the experience and atmosphere, rather using Japanese writing or anything I feel would not be my place to draw from,” he says.

Read our piece on Lazy Oaf founder Gemma Shiel’s tips on how to turn your art into a business here.