The name might conjure images of holiday greetings, but Leeds Postcards is anything but. Founded in 1979 by Richard Scott, the company co-opted the mainstream appeal of these pieces of print and used them to do something far more subversive. These “graphic agitators”, as Craig Oldham calls them, have spent nearly 40 years pushing the political agenda, using their postcards to support everything from women’s rights to nuclear disarmament and the miners’ strike.

Leeds Postcards, published by Four Corners Books and edited by Oldham and Christine Hankinson, documents the publisher’s history of activism, and its blend of blunt imagery and dark humour – something that resonated with buyers, and allowed Scott to turn it from a hobby run from his front room into a fully fledged business. The publisher partnered with organisations including the CND, the Campaign Against Arms Trade and the Minority Rights Group, among others, to create graphic statements that raised awareness and campaigned for change.

“The politics were so vibrant in the 80s,” says Hankinson, who joined the company in 1984, and still runs the business today. “Lots of campaigners wanted to spend money.”

Deemed too political by WH Smith, Scott responded by setting up his own distribution company, which left Leeds Postcards free to publish challenging imagery – something that’s very much evident in this book. A 1979 postcard for the National Abortion Campaign shows a giant bottle of gin, pills and needles looming over a woman in the street, while a 1980 card for the Scottish CND borrows the classic holiday postcard layout to feature images of nuclear weapon locations. Politicians were frequently the subject of ridicule, with a 2006 card by Brian Paisley casting Bush and Blair as the American Gothic couple in a reworking of Grant Wood’s famed painting, complete with bloodied pitchfork and backdrop of bombs.

In 1984 Leeds Postcards invited people to take their anger out on Margaret Thatcher, with a wipe-clean dot-to-dot puzzle that only needed a big black felt tip to obliterate the Iron Lady’s face. “In no time at all you’ll be looking forward to starting the day with fresh vigour,” the back of the postcard cheerfully advised.

“I don’t know if we really set out to be provocative,” says Hankinson. “For us it was absolute common sense. It’s never the bandwagon. We never follow a trend, and have never been interested in that. It’s more about the gap where something is not being said. And it’s surprising how long you can say something, and years later it’s still selling. That does hearten you.” 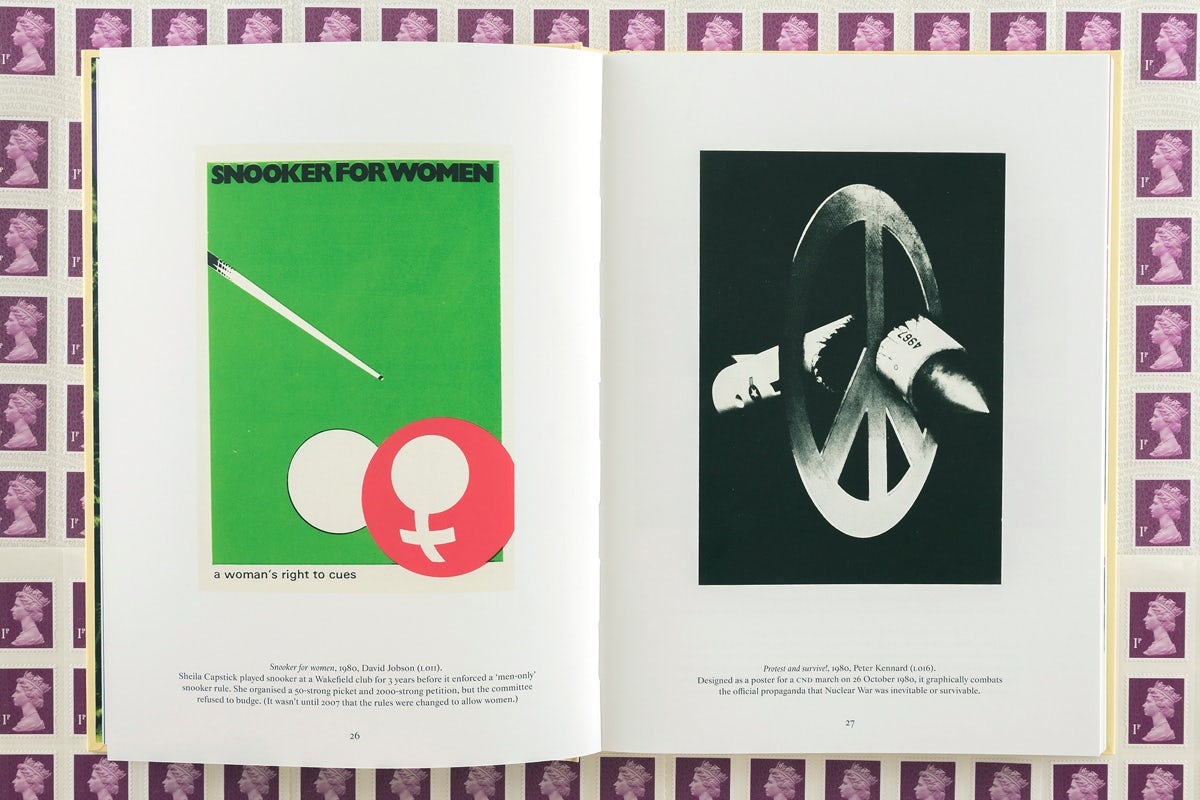 Despite its popularity, the economic ups and downs of the 90s eventually led to Leeds Postcards being liquidated. Hankinson, now its sole remaining member of staff, kept the name and archive, moving everything to her own home where she’s continued to run it from since. She’s maintained a print-first philosophy, still using “proper” postcard board – which she has to buy in 10,000 sheets at a time – and refusing to print the cards digitally, instead preferring litho.

“Two years ago I was thinking, ‘Oh god, there’s no need for postcards now that you’ve got social media … but then this year we’re selling more than last year,” she says. “There’s something about sending a postcard that someone will keep forever. That doesn’t happen in social media. There’s a slow longing back to those times, and I think it’ll have its niche. There’s something really pleasing about a good bit of printed paper.”