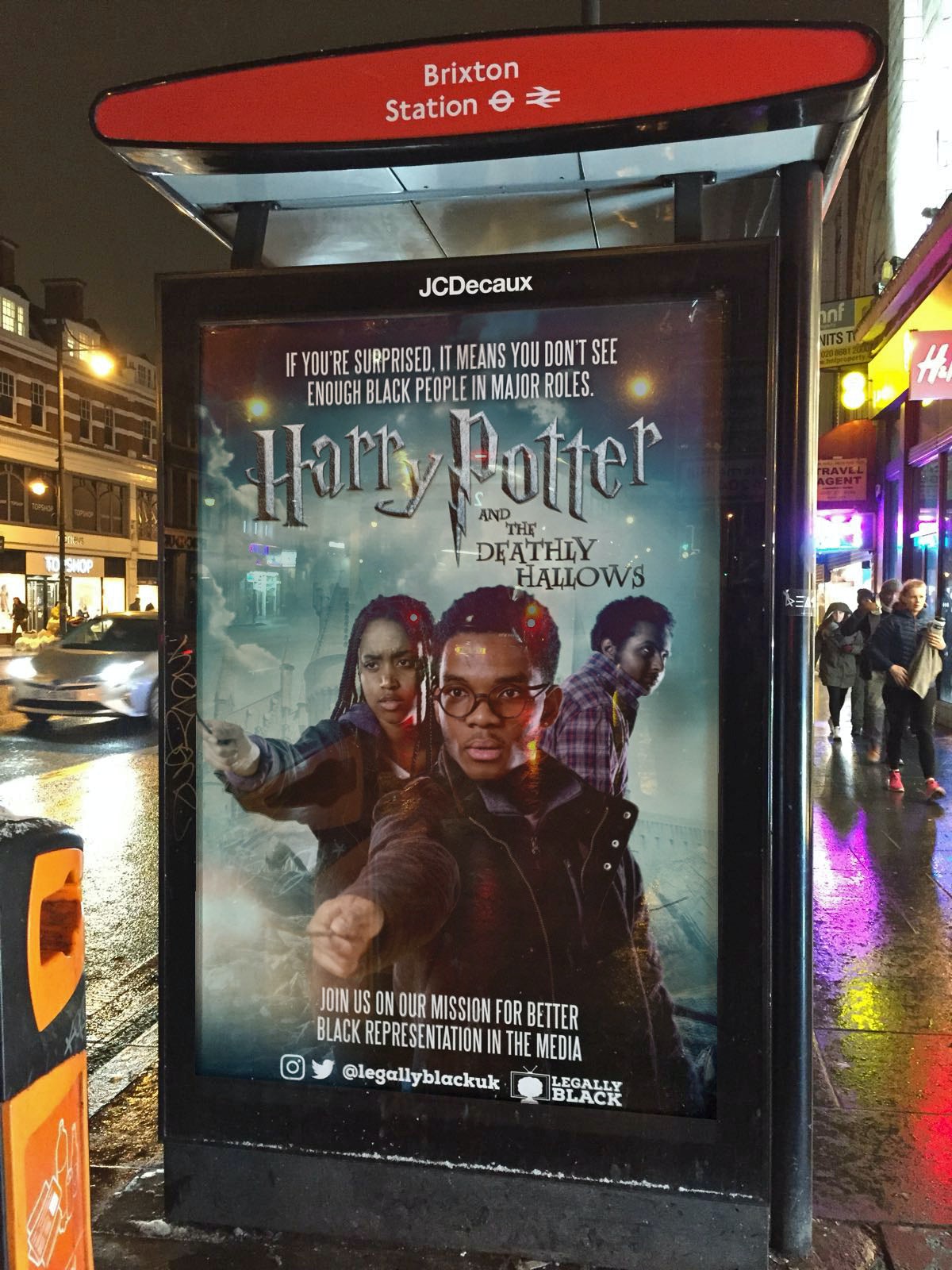 The posters were designed by a group of four young activists who go by the name of Legally Black. Hackvertising collective Special Patrol Group (whose activities we have previously covered) placed the posters for them on sites across the London district. 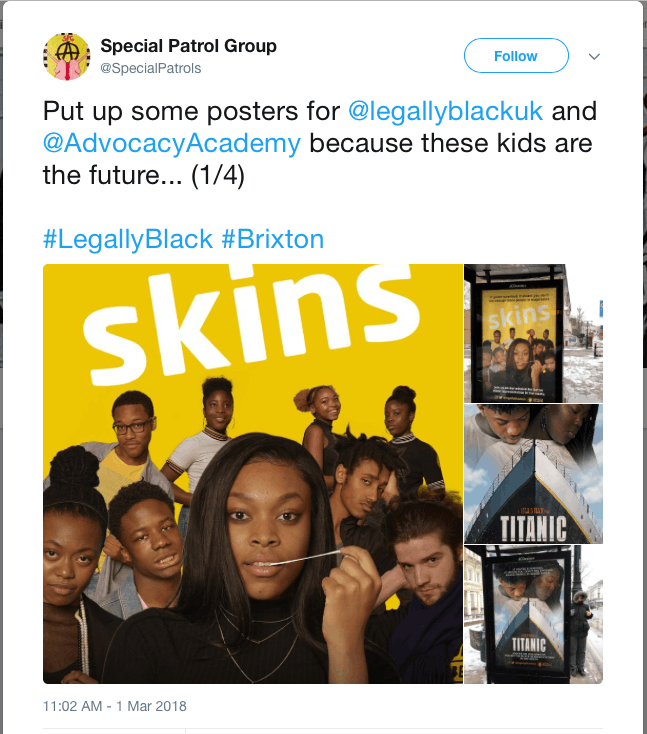 Legally Black describe themselves as “four Advocates of Social Justice from South West London [who] have come together to combat the way black people are portrayed in the media. We have all been affected by the issue directly and indirectly and can see first hand the damage it causes. With your support we can make a stand to increase fair representation of black people… for good.” The aim of the project,” they explain, “is to increase awareness surrounding the lack of black representation in the media and furthermore create dialogue and discussion around the often inaccurate and harmful depictions that do occur. By replacing characters from famous white dominant TV programmes with black people we believe we can do so locally and maybe with media influence nationally,” Legally Black say. 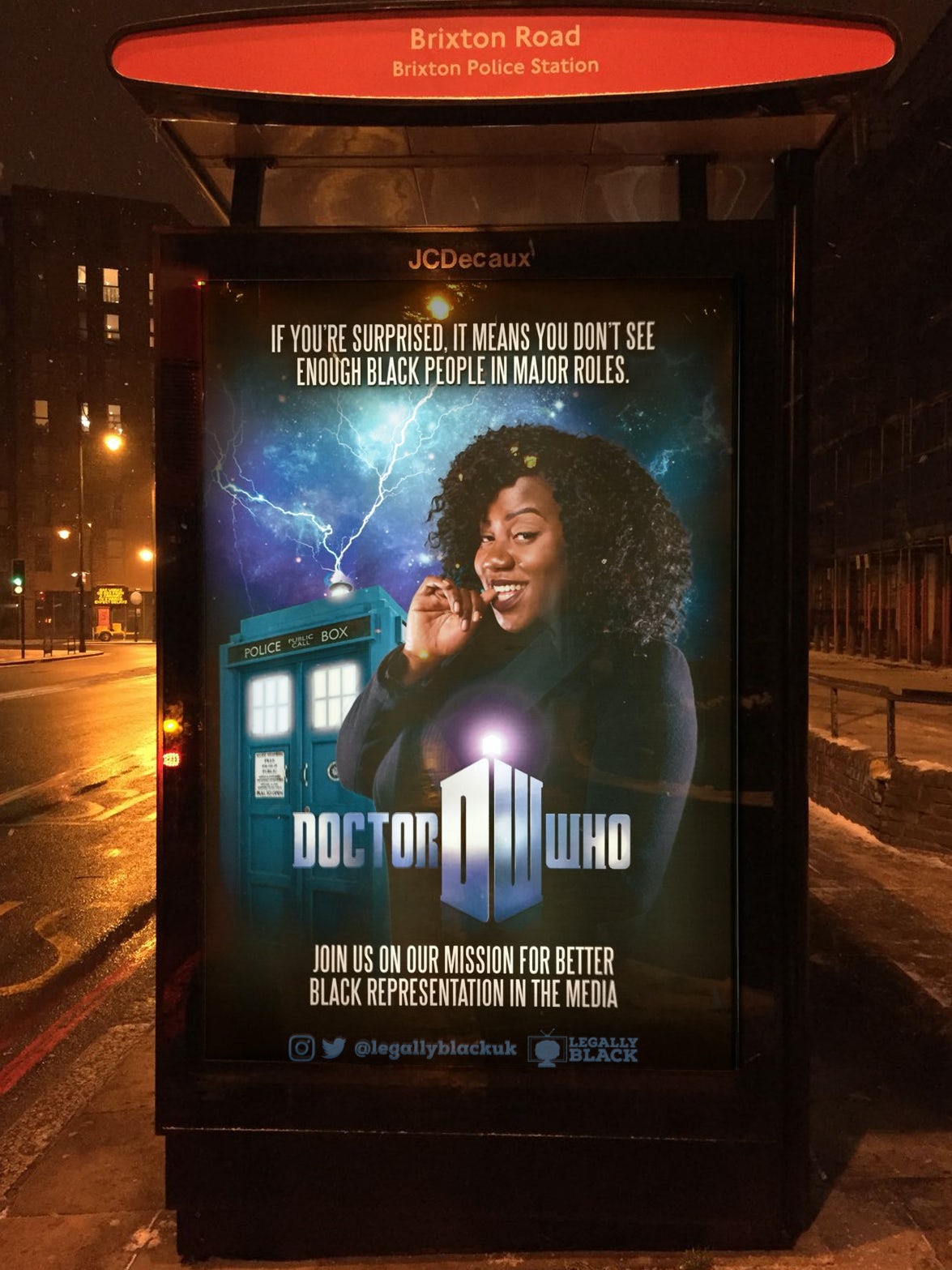 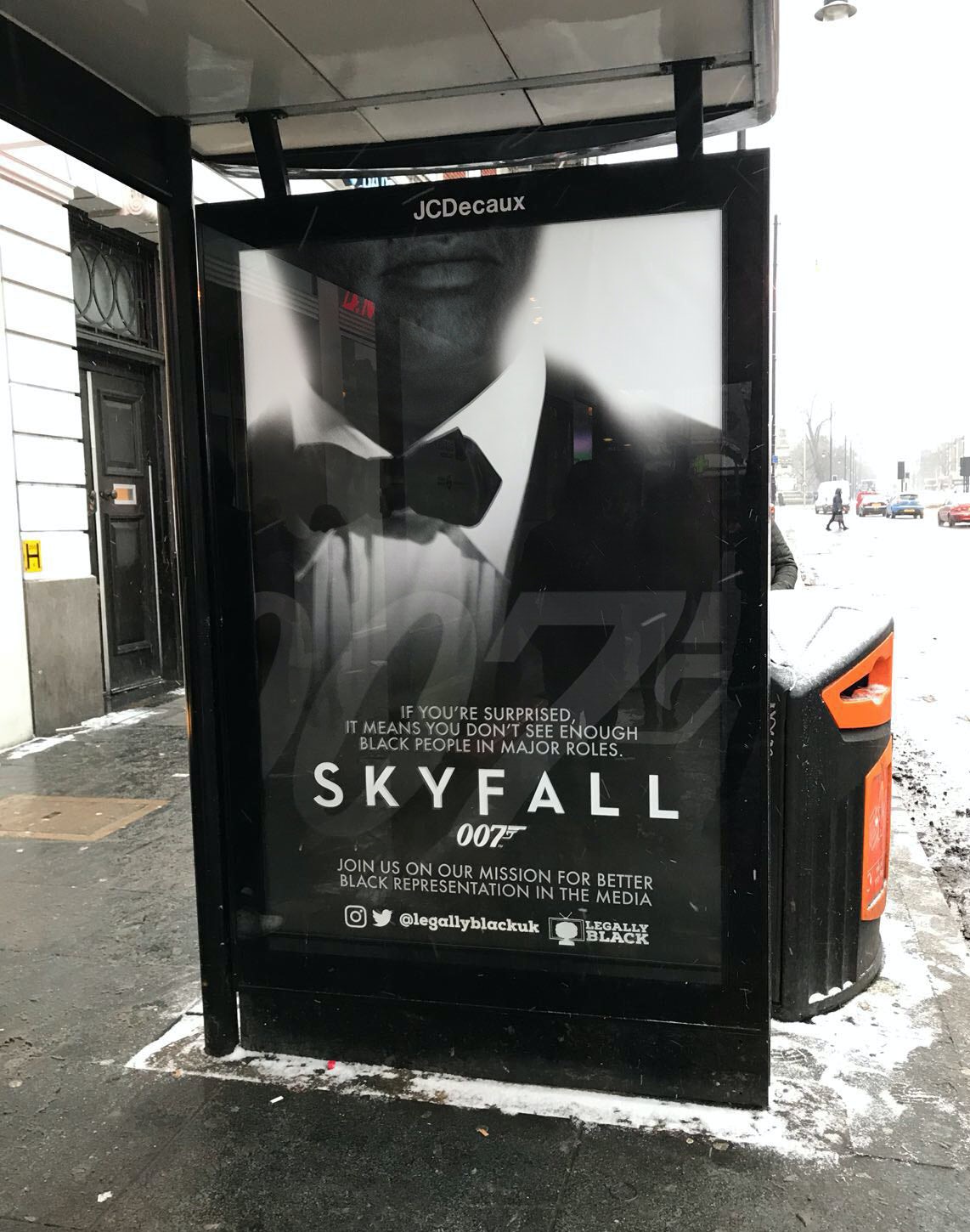 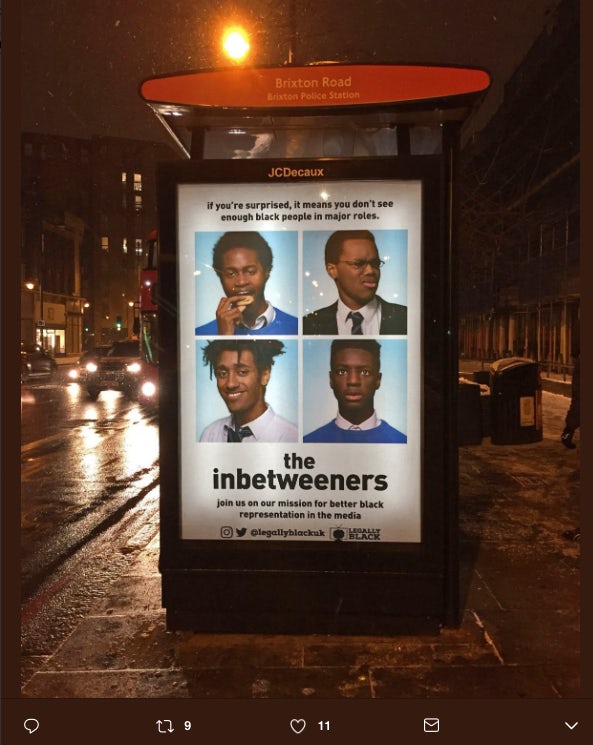 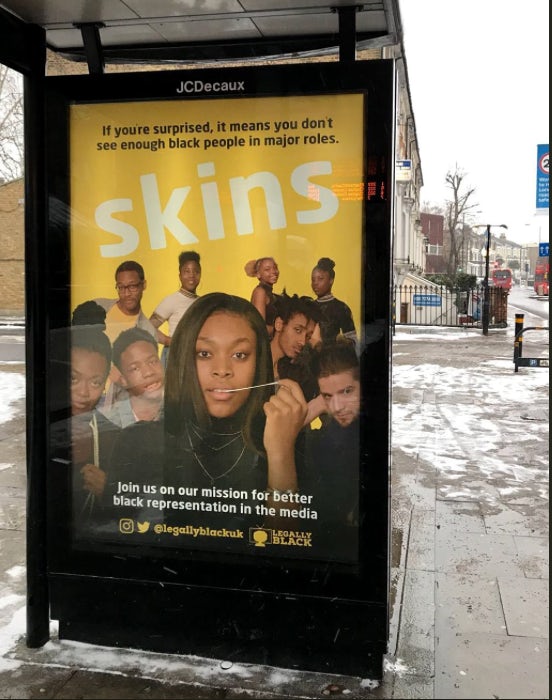