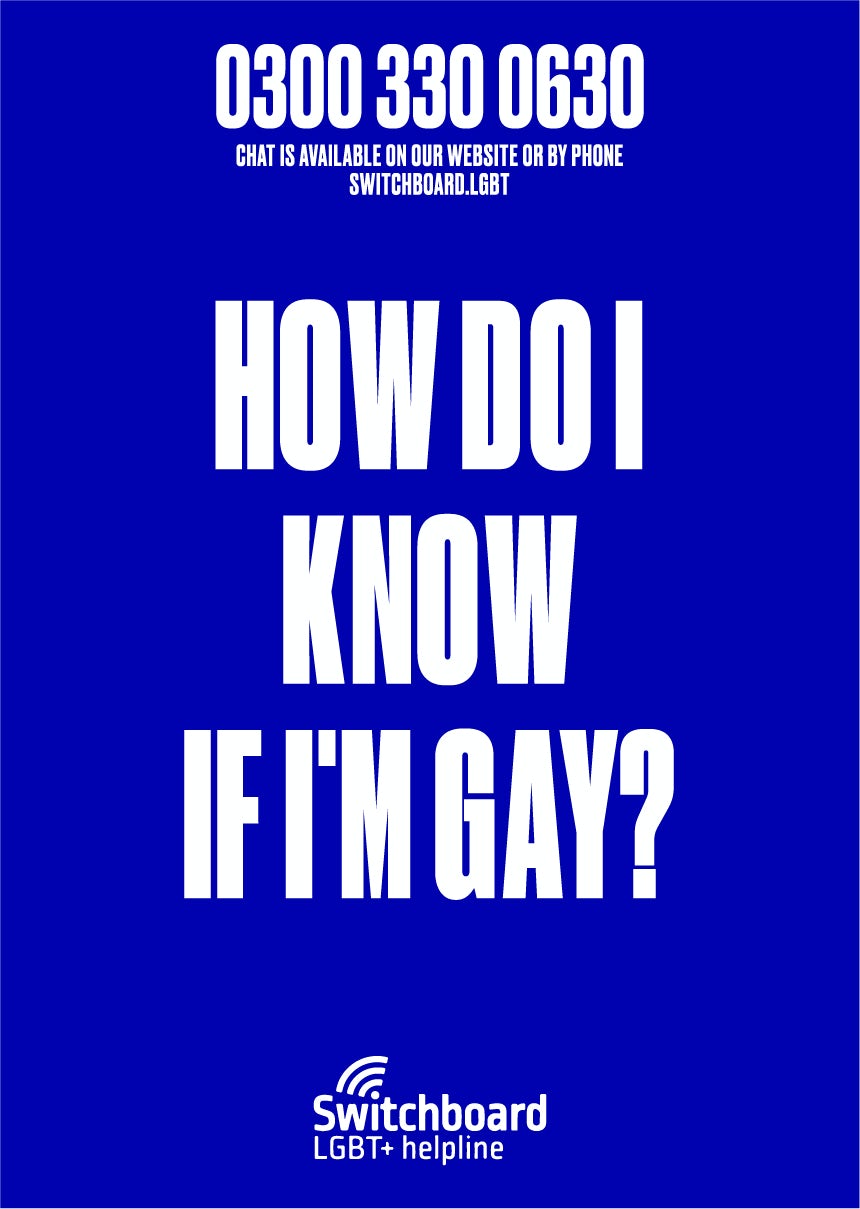 It’s designed to highlight the helpline service Switchboard runs – open from 10am to 10pm every day of the year – and emphasise that it’s a safe environment for people to call and discuss issues without worrying about judgement.

Rankin’s creative agency created the campaign, which uses bright colours and big type to highlight some of the issues facing LGBT+ people, such as worries around bullying, religion, and labels. 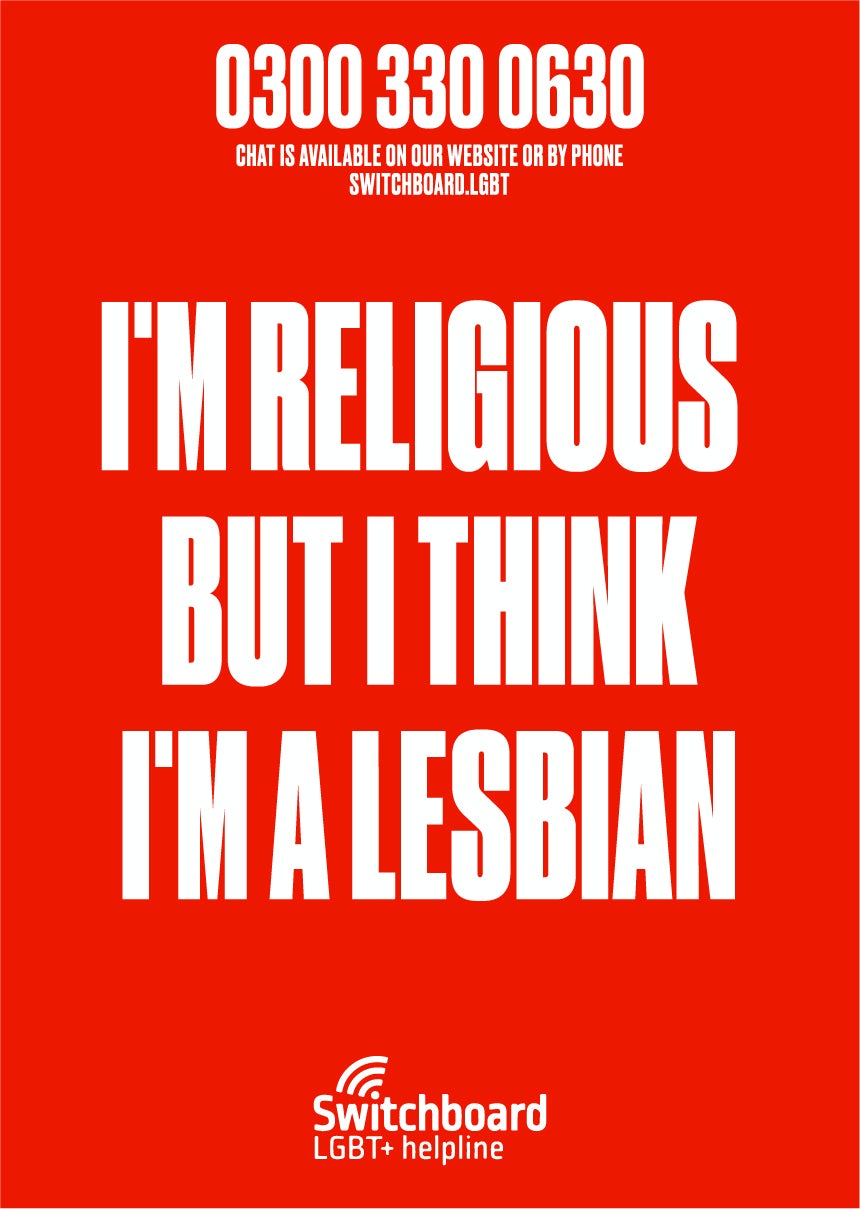 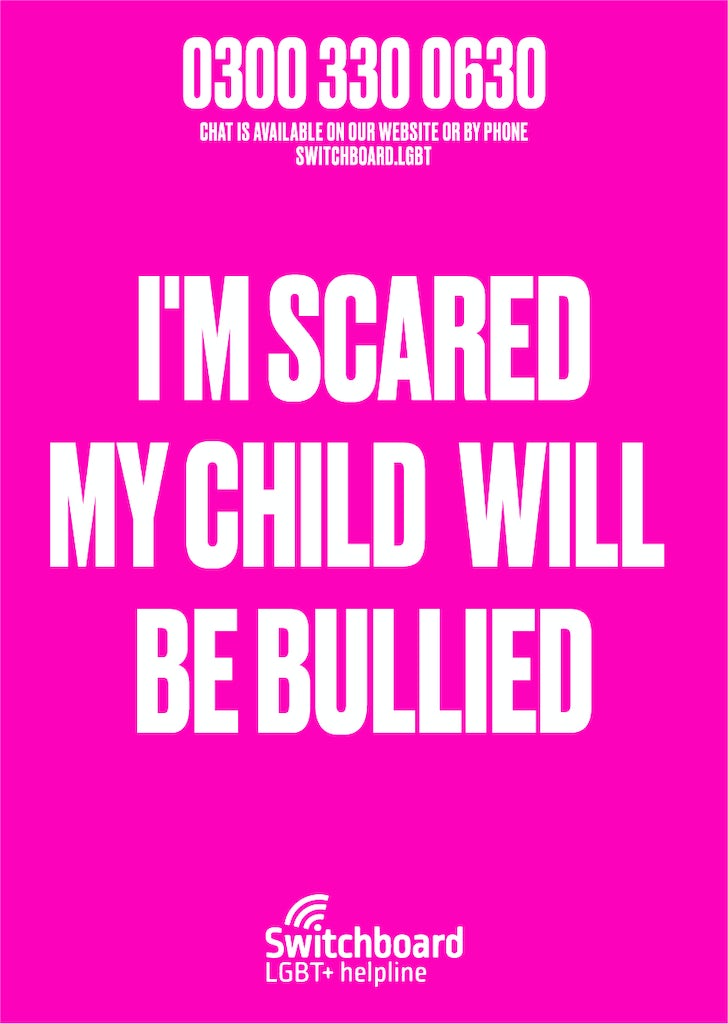 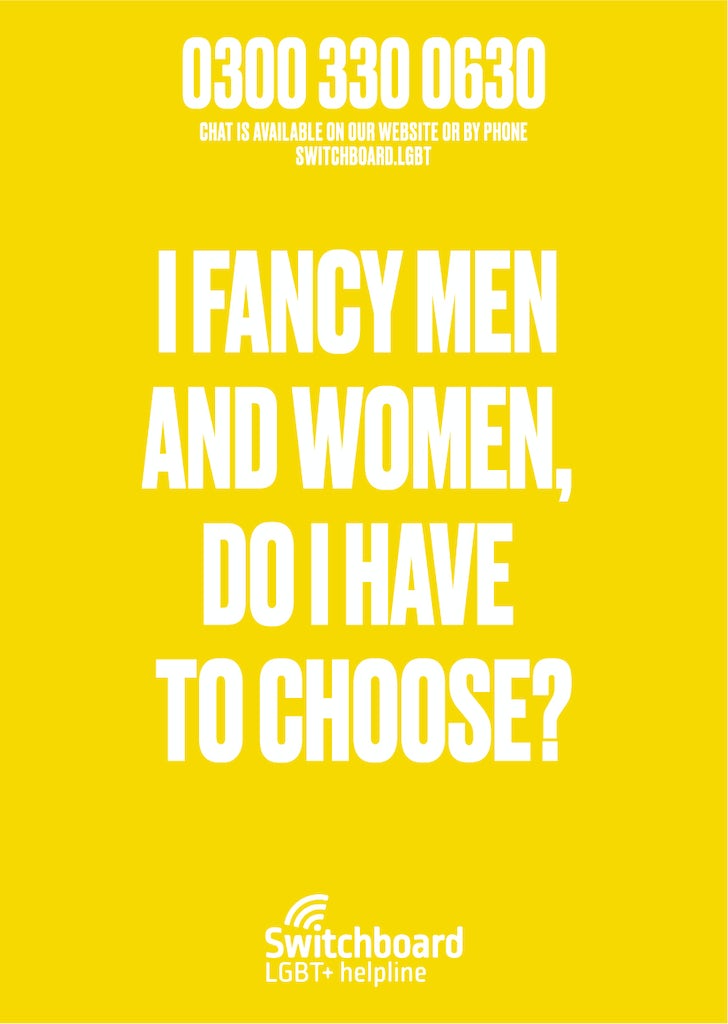 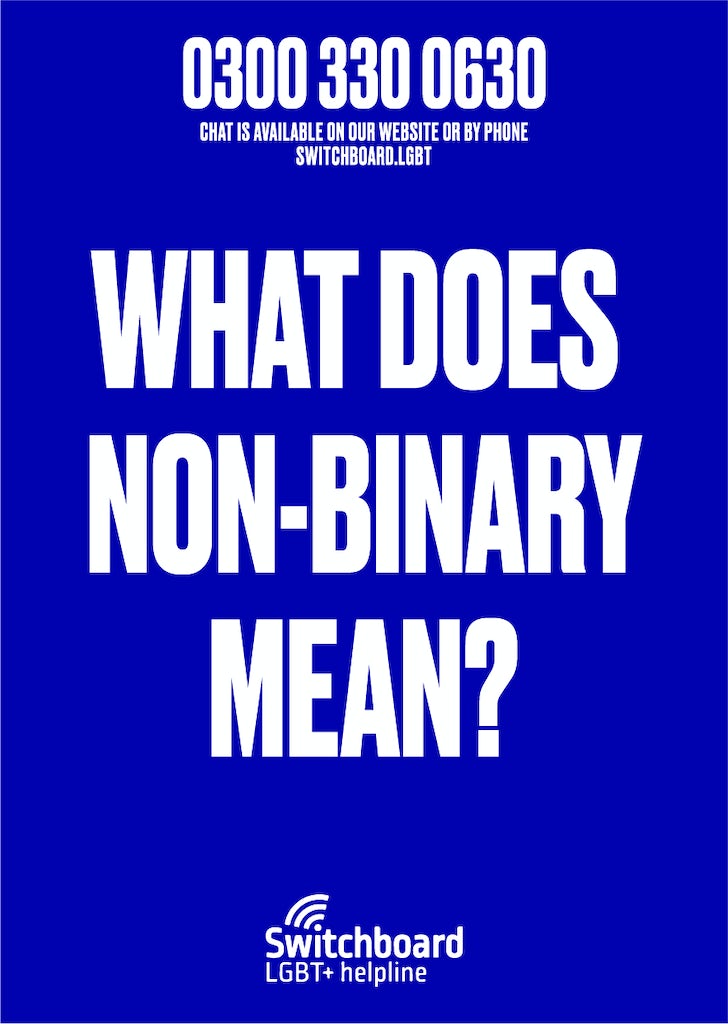 According to the charity, the campaign is particularly aimed at people that might feel isolated because they’re in an area of low representation, or a place where hate crime is common. It offers a stark message, thanks to the simple approach, and seems certain to stand out in a backdrop of other busy billboards.

The posters will appear across the UK, however this first stage is focused on London and has been launched to coincide with Pride – featuring on buses, billboards and in magazines. Rankin promises there’s still “more exciting phases of activation to come”. 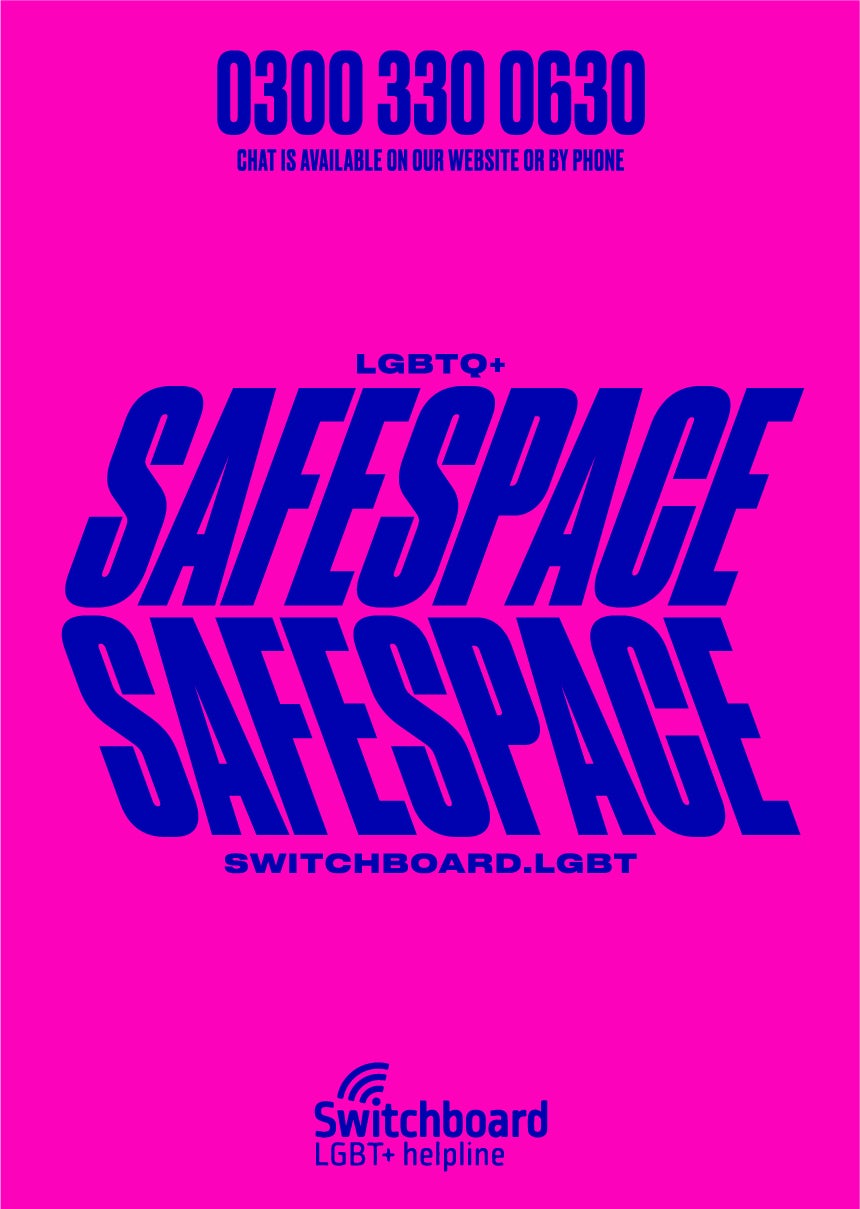