Scottish photographer Liam Wong is following up his lauded book TO:KY:OO with a new title that sees him branch away from the Japanese capital for his stirring depictions of nighttime cityscapes. Published by Volume, After Dark singles out moments of solitude in some of the world’s biggest cities, including Hong Kong, London, Seoul, Paris, and his home city of Edinburgh.

Simply waiting for sunset wouldn’t be enough: Wong’s decision to shoot post-midnight is revealed in the eerie solitude of his images, void largely of human life save for salarymen and taxi drivers. Visually arresting yet harbouring an uneasy feeling, his photographs offer the sense that viewers are witnessing a storyline unfurling – one perhaps we shouldn’t be privy to.

Wong’s aesthetic draws on sci-fi, cyberpunk, Japanese animation and ‘neon-noir’, and is influenced by his past career in video game design. The photographer previously worked with Ubisoft for over five years as its youngest art director, contributing to games such as Far Cry, but several years ago chose a career as a freelance creative instead.

As the lines between gaming and cinema become increasingly blurred, it’s easy to see how Wong’s evocative cityscapes could be equally at home in both.

The cinematic quality of Wong’s work particularly comes to life in his use of wider aspect ratios commonly seen in film. These stand out as dramatic spreads in the book, which was designed by Volume’s Darren Wall and features custom Chinese characters designed by Toshi Omagari. 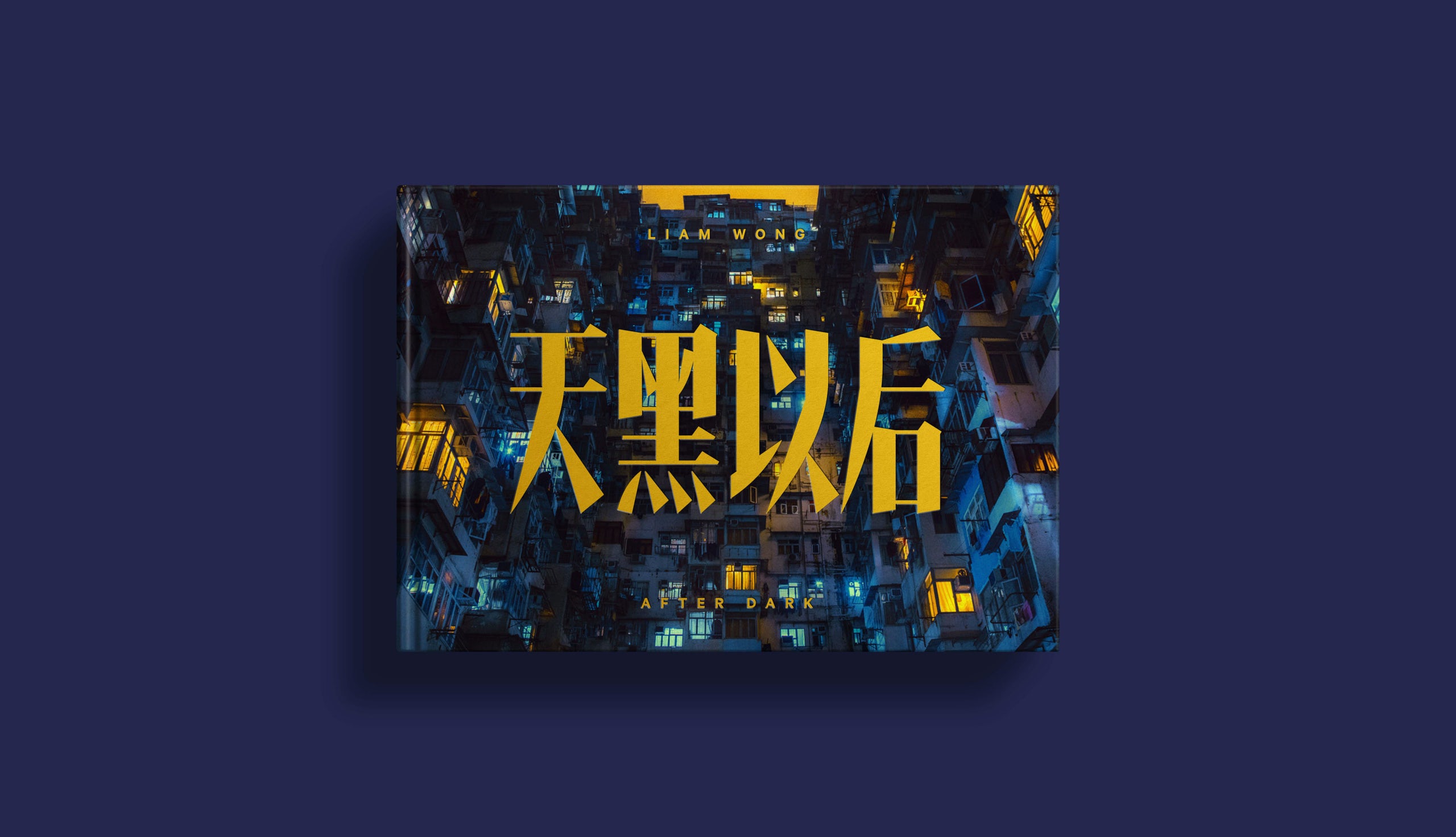 After Dark by Liam Wong was successfully crowdfunded through Volume and is available to pre-order with a pledge until October 9; vol.co