Perceptions of women’s football in the UK have been transformed in recent years. This is partly thanks to the success of England’s Lionesses, but much of the legwork is also being done at grassroots level by fan-led platforms such as ThisFanGirl and football and fashion zine Season.

The sport is set to gain even more momentum as England hosts the UEFA Women’s Euro 2022 tournament this July, which will feature the Lionesses along with 15 other national teams. 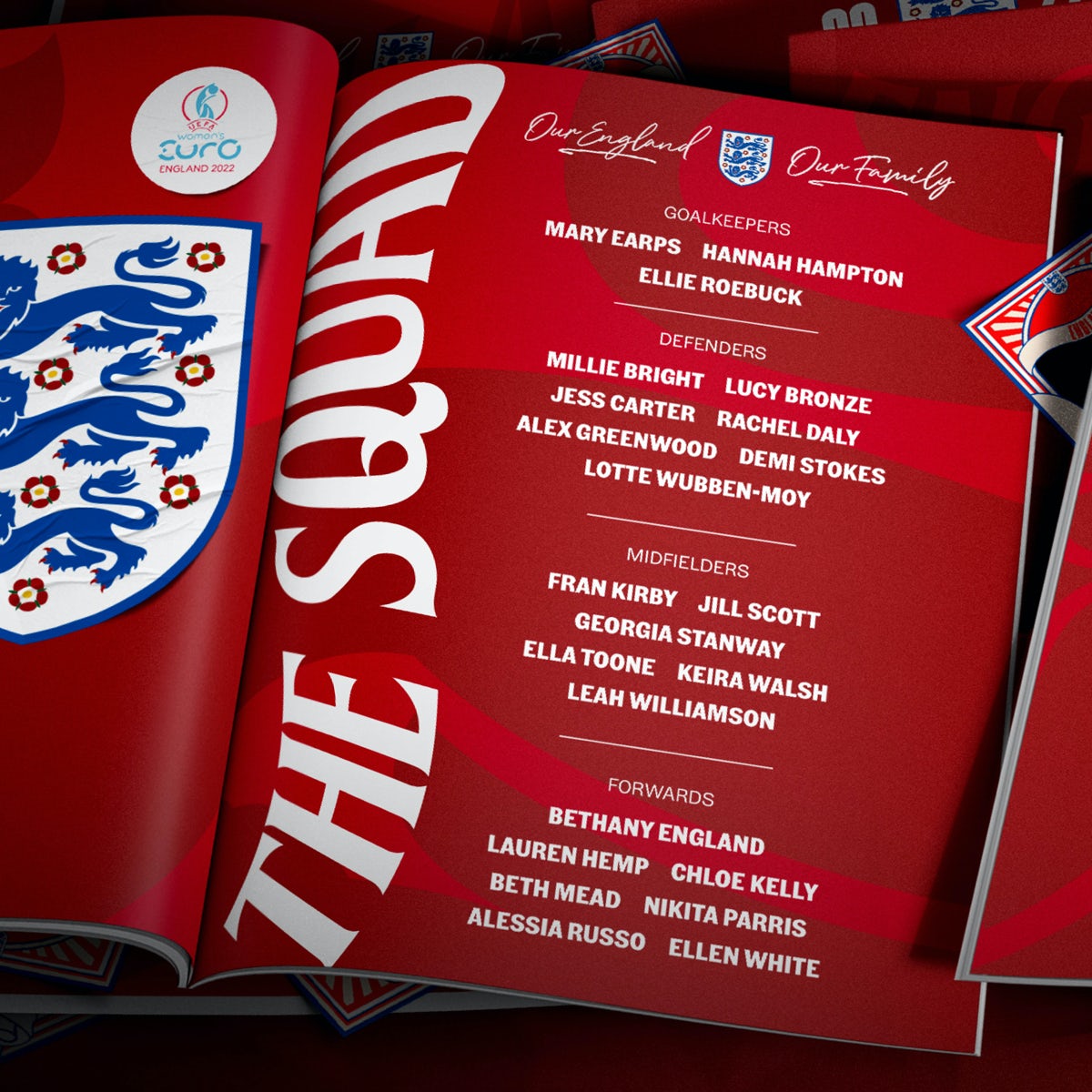 A creative approach to marketing has been fundamental to the traction of the women’s game so far, and the Euros are no different, with England’s marketing team enlisting the help of illustrator Kelly Anna to create the artwork for the squad announcement.

While photography and film may be the more commonly used mediums to showcase sport in general, Anna’s dynamic artworks demonstrate how illustration can bring a fresh vision to the subject. “I had to create an artwork that announced the 23 players, but I wanted to create something more iconic rather than a literal illustration,” she says of her brief.

“In the artwork, there are two players being held up by the three lionesses, representing the 23 players of the team. The piece is called She Shoots, We Score [because] when one player scores, we all win! That was what I wanted to get across in this image and show how supportive the surrounding community is to the women’s game.”

Also designed by Anna, the accompanying sticker pack appears in red with wavy white type. “I used to always LOVE the graphics on the Panini stickers so to be able to create my own pack especially with all women players was a dream,” she says. 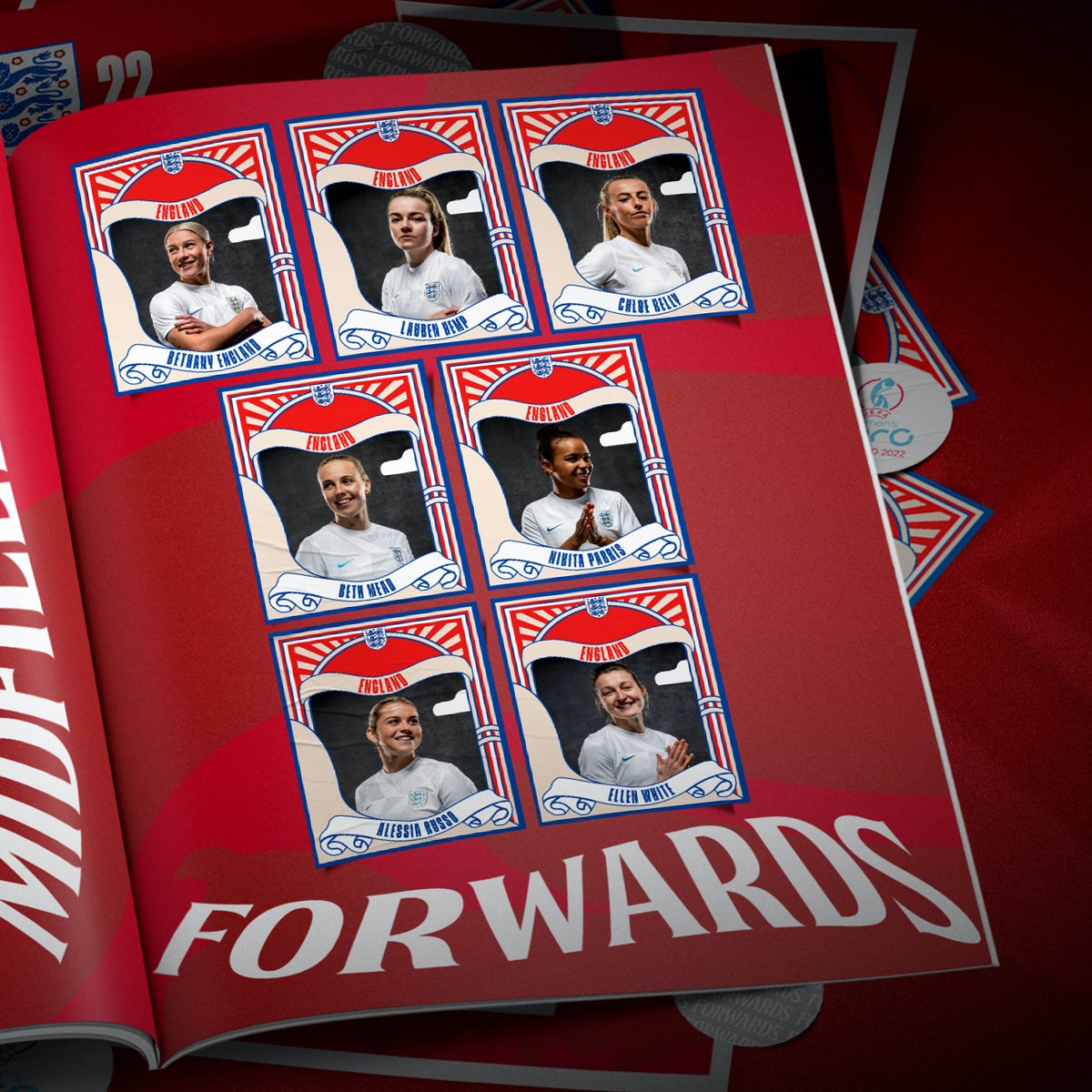 As a big sport fan in general, the project has been a hugely rewarding one for Anna. “For me, the best part is just knowing that I am part of this big movement in women’s sport,” she says. 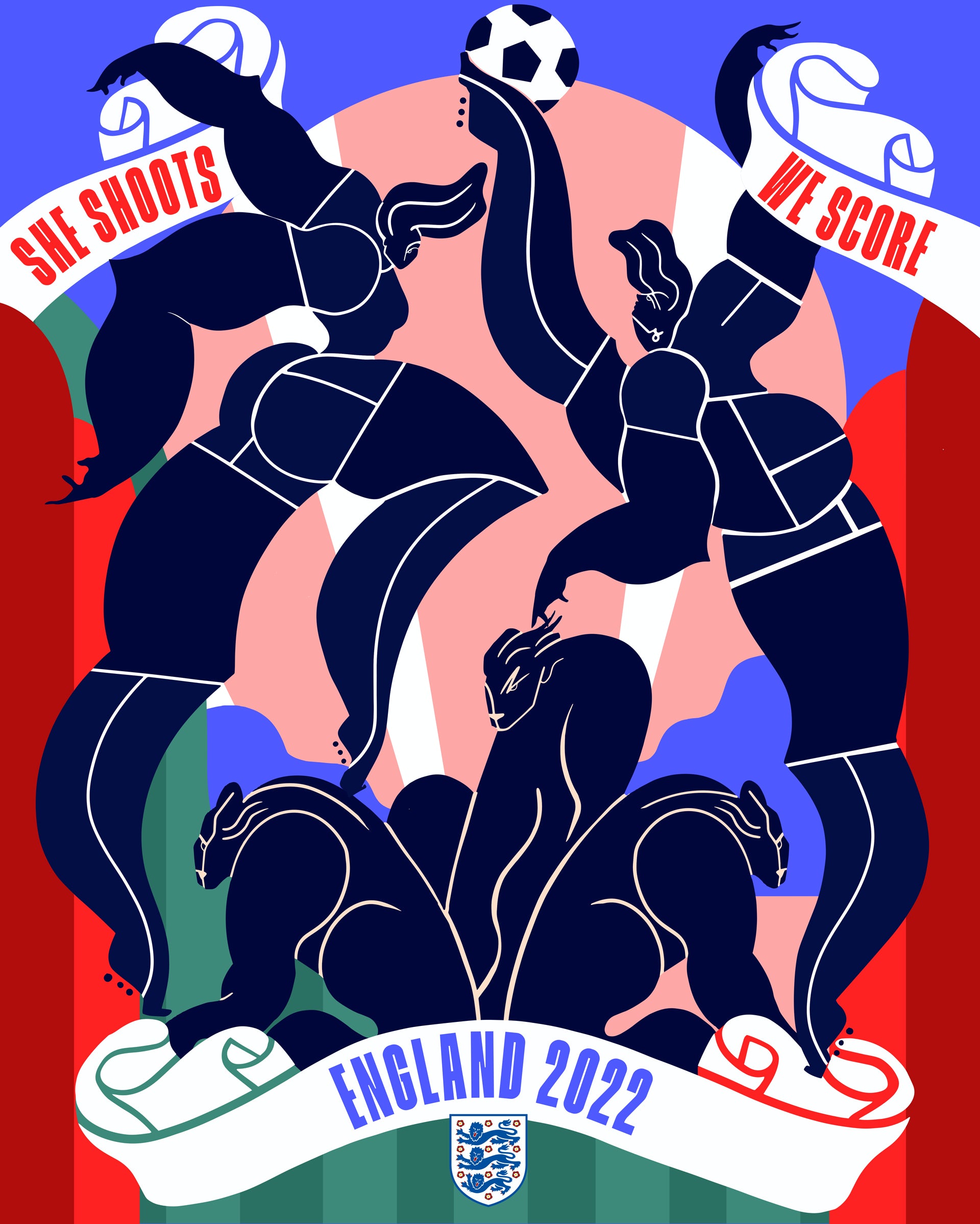 “Watching women players in any sport always fills me with pride, just seeing their strength mentally and physically only motivates me more. Women are a strong force and this is finally being shown on mainstream media.”