Despite the huge medical advances that have been made in organ transplantation over the years, the personal side of organ donation is still rife with myth and misinformation.

According to research by charity Live Life Give Life, 80% of us still don’t share our donation choices with our families, and 43% of bereaved families refuse to allow their loved ones to be considered a donor after their death.

As new legislation comes in which switches organ donation in the UK to an opt-out system, where you’re automatically an organ donor unless you or your family say no, Live Life Give Life is launching a new campaign to open up more candid conversations around end-of-life decisions.

The charity approached animator Daniel Stankler to bring the ad to life, with a brief to focus on the scale of the impact organ donation can make. “The producer had a clear message he wanted to convey – that we wanted to look at not just the individual life, but the many loves and connections that we save when we save an individual life,” he says. 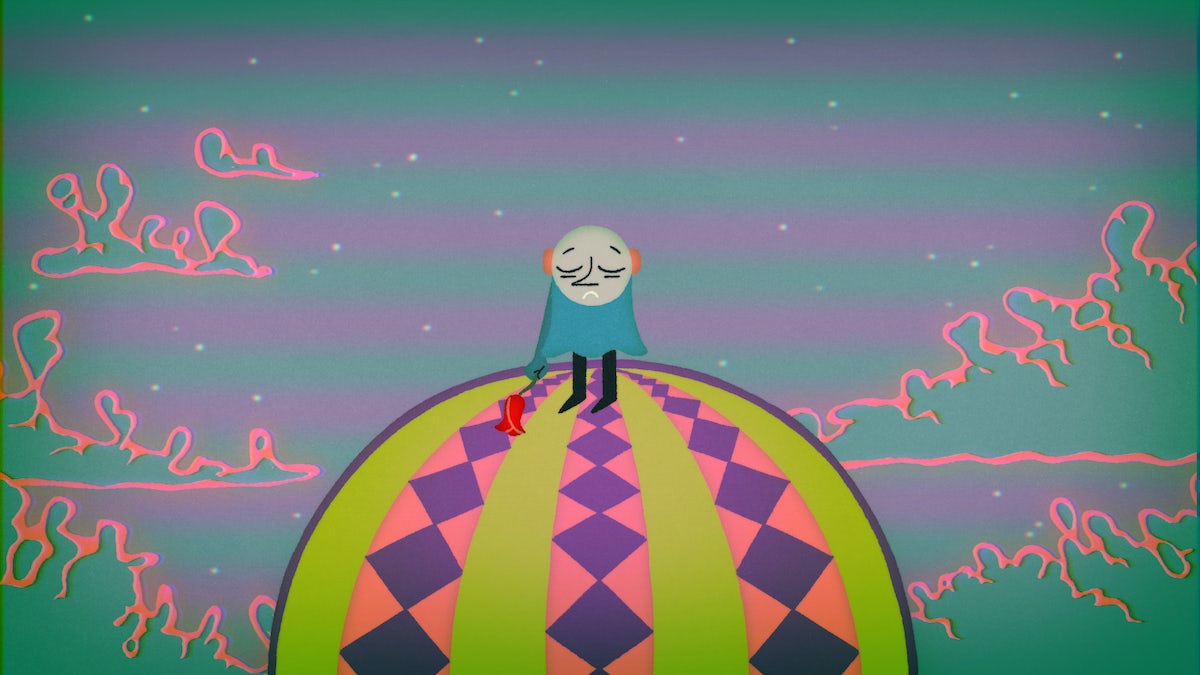 Traditional forms of stoytelling such as myths, legends, folklore have always influenced Stankler’s work, and this project was no exception. “I love old fairytale illustrations, Eastern European illustration, Soviet era graphic design, the Moomins artwork, early Disney concept artwork. A lot of these illustrations were quite dark, which I think is where I got my taste for weirdness from,” he says.

“In Let Love Live On, I came up with the idea of an almost fairytale sci-fi world, where everyone goes about visiting their loved ones on heart-shaped jetpacks. So it’s quite literally that when the heart breaks, that connection is lost.”

The heartwarming film, which has been selected as one of Vimeo’s Staff Picks, is filled with Stankler’s trademark bright colours, harsh contrasts and unusual compositions.

“I was given the Live Life Give Life brand colours as a springboard right at the very beginning of the project, but they changed quite a lot during the course of the project as I wanted to emphasise the sci-fi elements of the film. I was actually slightly worried the client wouldn’t like the finished version of the palette as it did deviate quite far, so I offered to change it back … but they loved it,” he says.

While the charity could have easily gone down the route of shock tactics or stats-heavy visuals, the ad is a refreshing use of animation which brings the subject of organ donation to life, and hopefully makes people take a second to think about their own views on it. “I really hope this film raises awareness of the issue, so that you have the knowledge to make your own choices,” says Stankler.