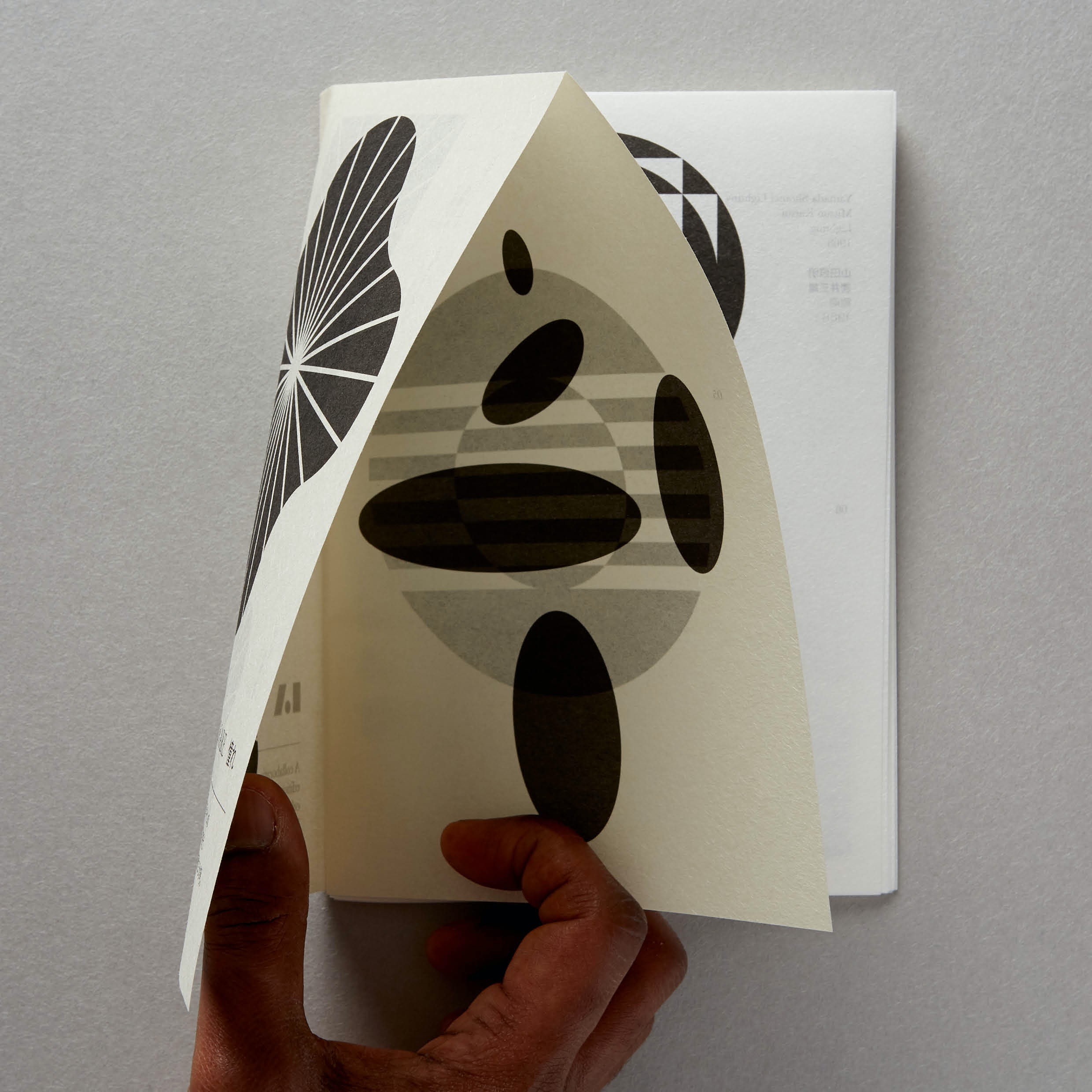 LogoArchive is a series of booklets that document the forms, form-language and meaning-making that developed from mid-century Modernist identity programmes. The aim of the series is to offer space to collaborators to explore new and unexpected interpretations of logo design, outside of the canon.

For the LogoArchive Extra Issue 4, Hugh Miller was asked by project founder Richard Baird and publisher BP&O to create a booklet dedicated to the logos of Japan. It is titled Akogare, which, like many Japanese words, is full of nuance and is difficult to translate into English. It could be understood to a Western audience as a deep feeling of respect and admiration for someone you look up to.

The feeling of akogare is tinged with the recognition of one’s own shortcomings and the knowledge that the same level of talent is unattainable. The zine attempts to evoke akogare in its readers as they unfold the booklet.

Designed by Miller, the booklet features Japanese papers throughout, and texts in English and Japanese by Ian Lynam, Iori Kikuchi and Richard Baird. The booklet is constructed using three A3 sheets of Takeo Tela ivory and white paper, which are folded delicately into an A5 unbound booklet. A special heat-treated Takeo Pachica insert tells the story of the Mitsubishi logo, a form that was originally inspired by the three leaves of the Tosa clan. 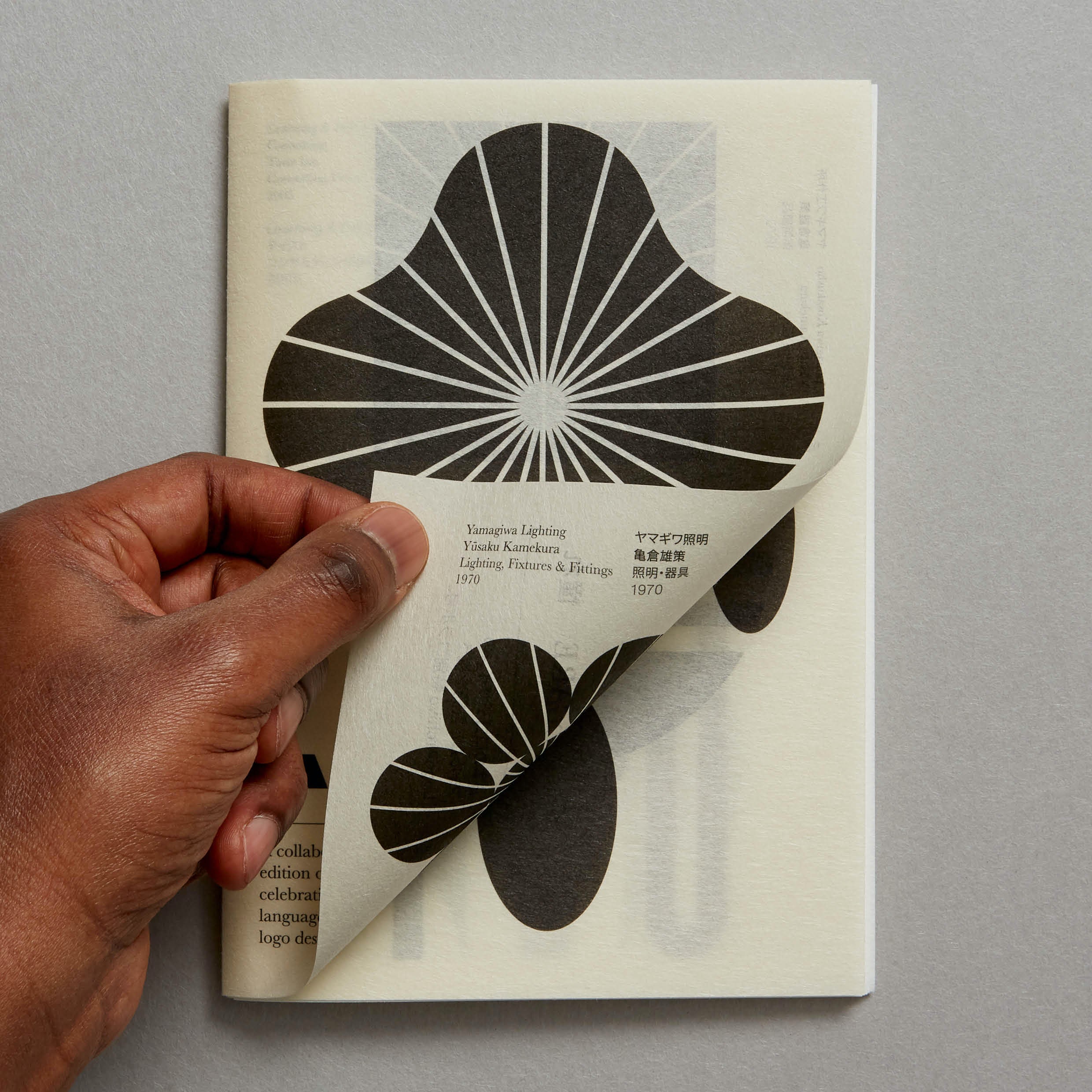 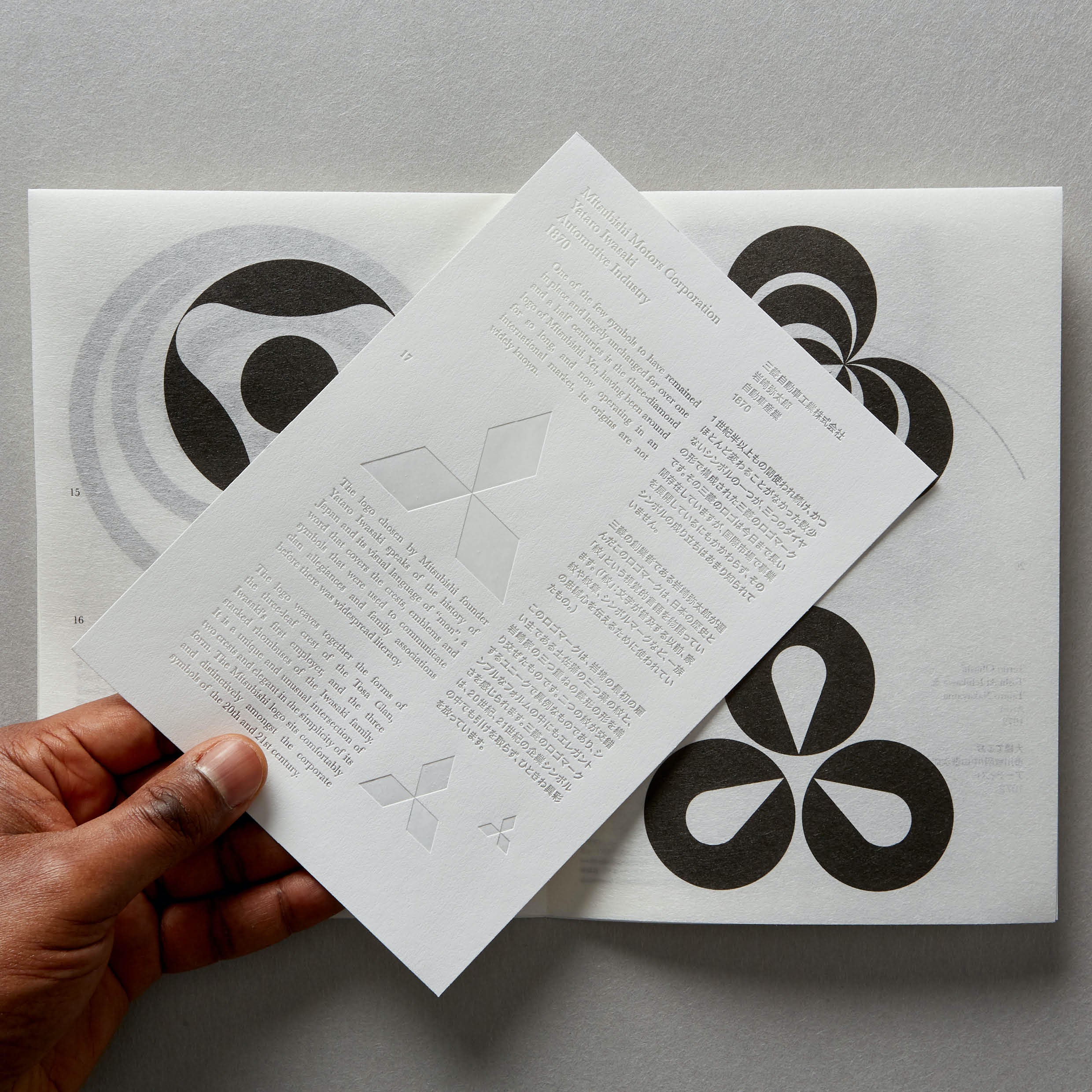 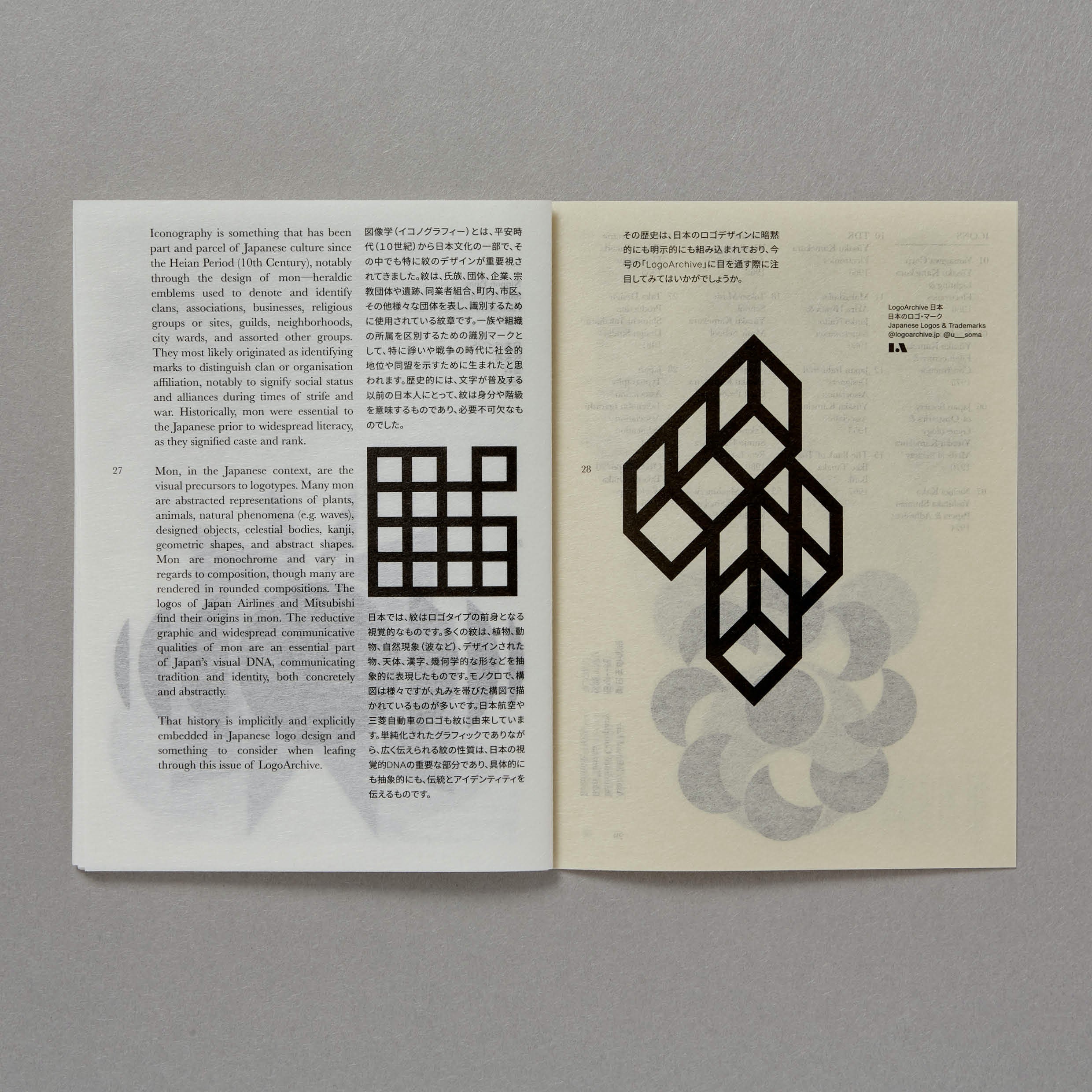 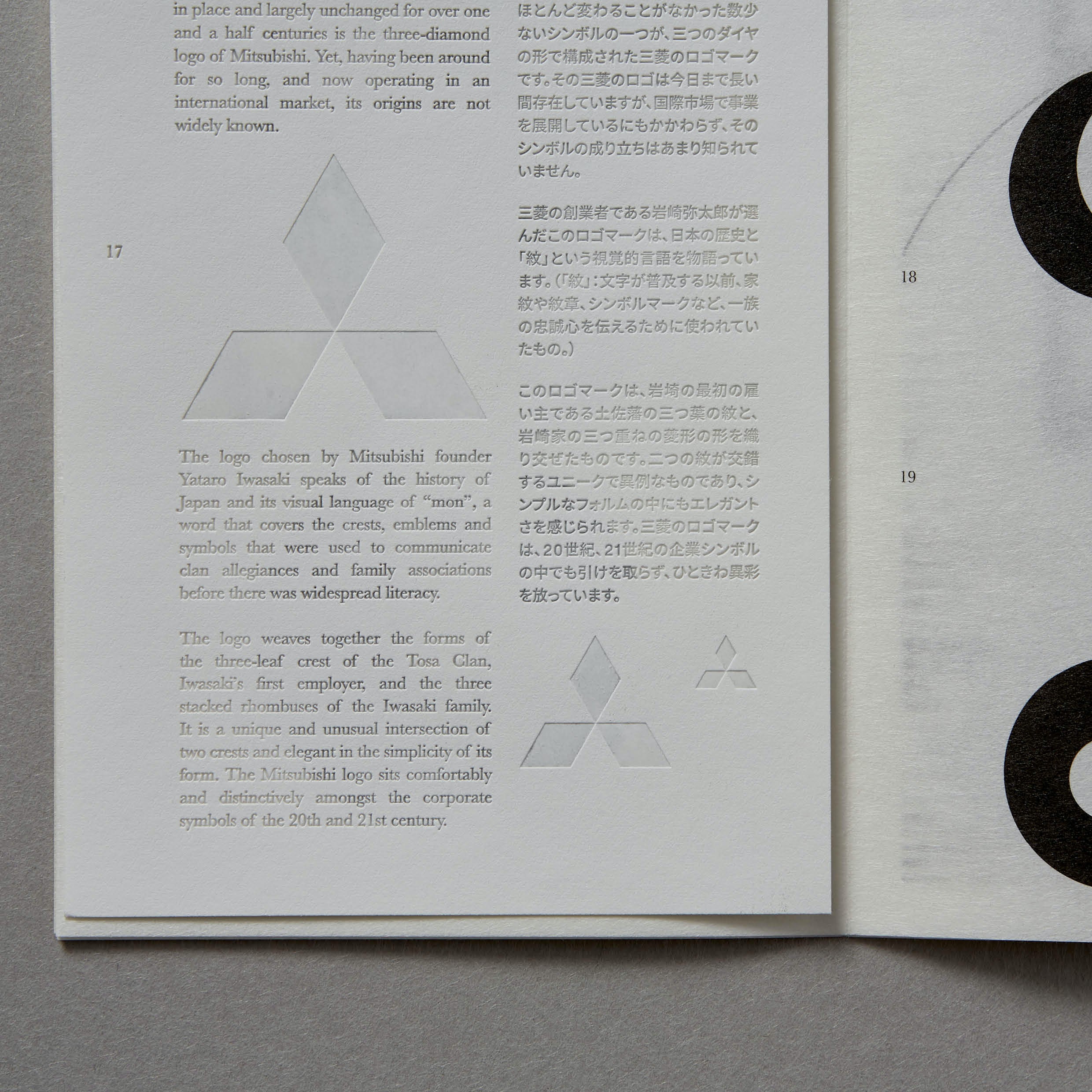 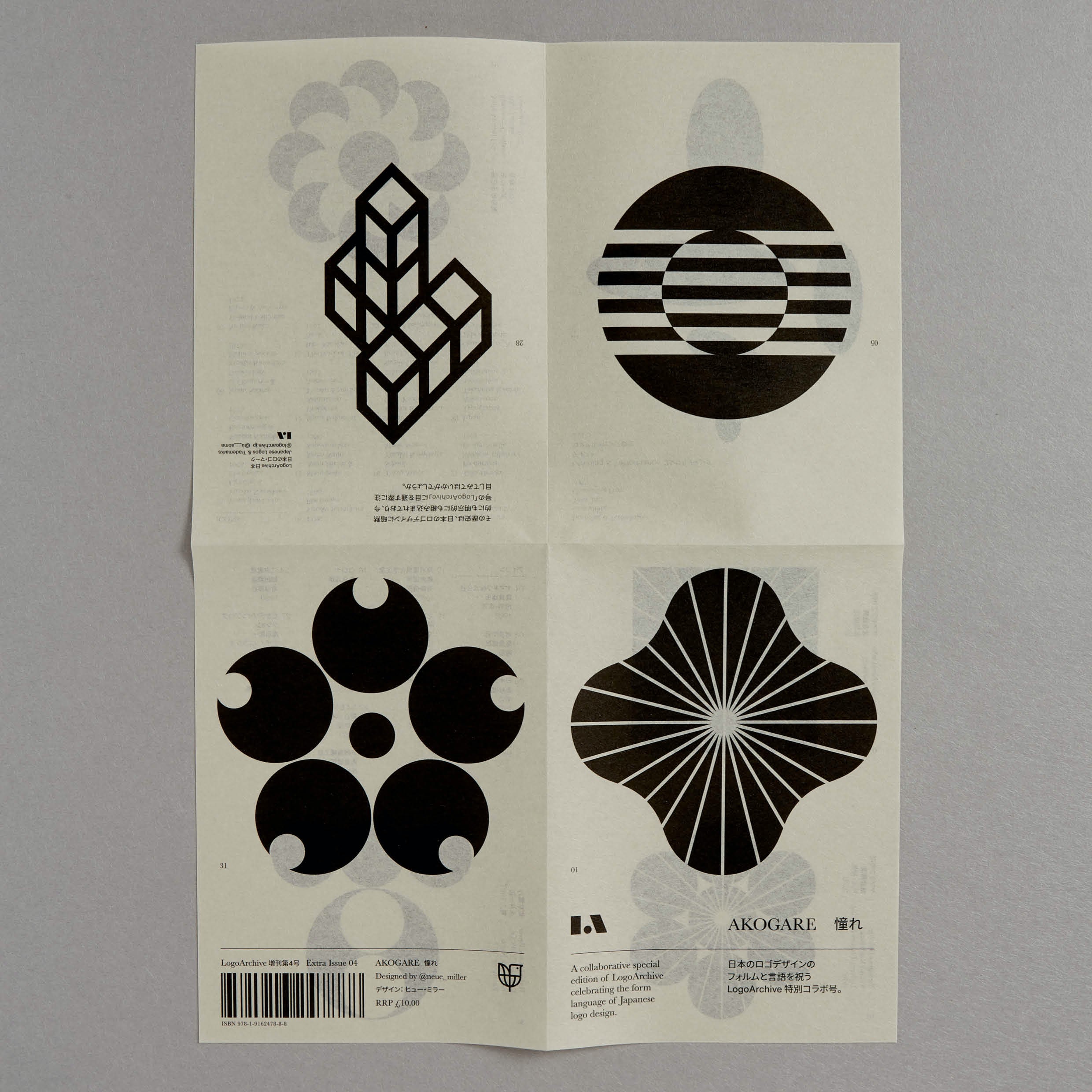 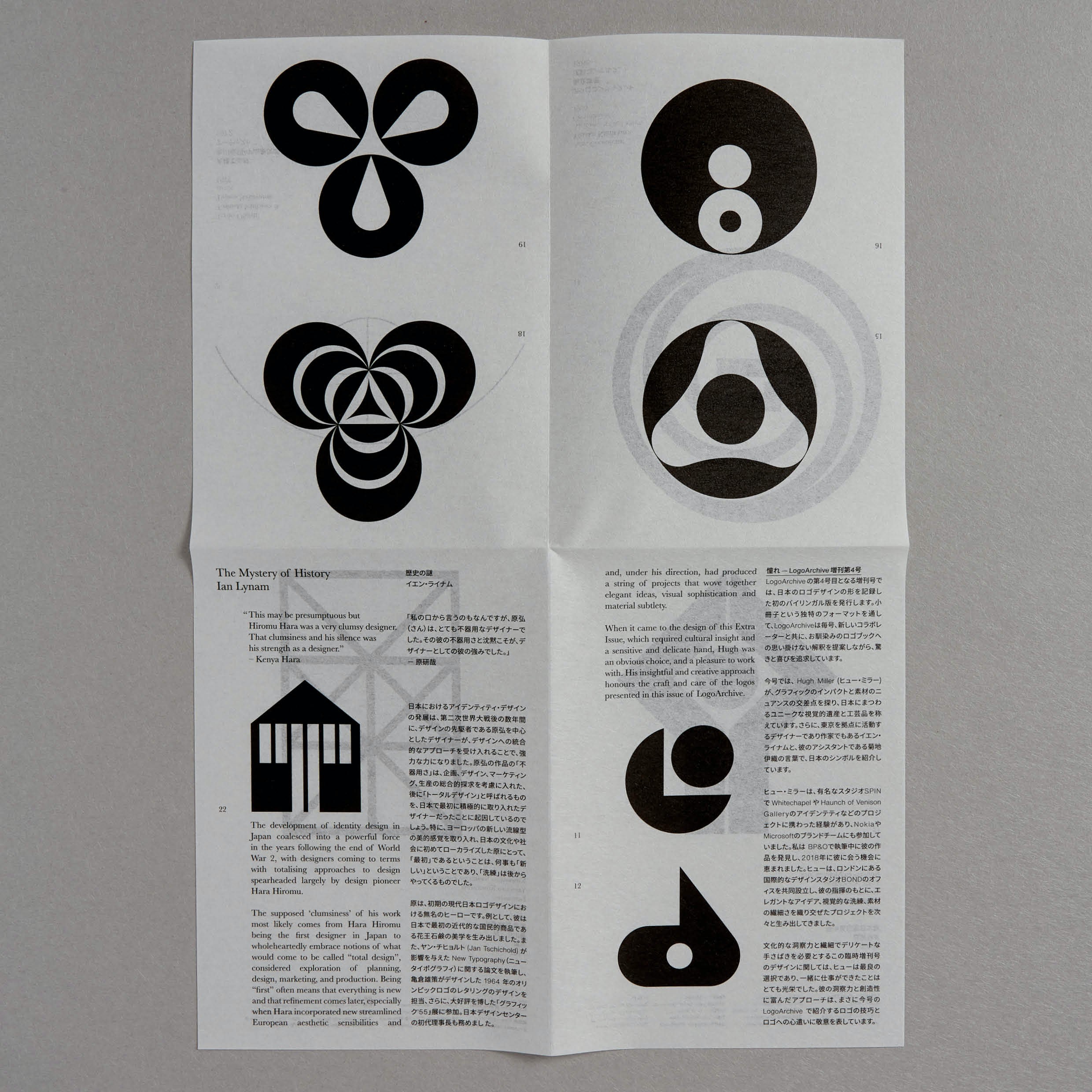