If you’ve ever lived in London or been a regular visitor to its central shopping hub of Oxford Street, you’ll likely know James Smith & Sons’ umbrella store. It may be positioned slightly away from the main fray but its distinctive signage and racks of brollies in the window make it hard to forget, even if you may never have even stepped inside.

It’s one of an array of the city’s shops that are featured in Hoxton Mini Press’s latest release, by journalist Emma J Page and photographer Rachael Smith, which demonstrates the allure of a great storefront, one that will stick in the mind and give personality and style to an area.

The book features stores that have stood for centuries – Smith & Sons has been in its location on New Oxford Street since 1857 and the book also includes Michelin House, once the tyre manufacturer’s London headquarters, now a Conran shop and restaurant, and Geo F Trumper, a gentleman’s barber, first opened in 1857 – alongside those that have opened in the past decade.

What unites them is recognition of the role design plays in attracting customers into your establishment. There are no cookie-cut high street stores in sight, and instead the book is a celebration of creativity and flair, accompanied by interesting historical accounts of how the shops have changed over the years.

For example, we learn that Ida, an Italian restaurant and deli on Kilburn Lane, was once a Victorian grocers, built in 1874. “What’s now our kitchen was a little sweet shop, and the dining room was a greengrocer,” says owner Simonetta Wenkert. While the space also housed a kebab shop before standing empty for some years, when creating Ida’s sign, artist Tommy Westwood looked to its greengrocer origins for inspiration. “We found the original sign and scanned its green, peach and plum colours,” says Wenkert. “Then we had them replicated and painted the façade with them.”

A number of the more recently opened stores in the book draw on the Victorian era for inspiration. This includes Bramble & Moss, a florist that is housed in a former chemist which features Victorian style signage created by Ash Bishop of the Brilliant Sign Co.

“Victorians were innovative and entrepreneurial when it came to their shopfronts, quickly championing plate glass when it became available,” he says. “It was a way of showing modernity and celebrating craftsmanship.”

At a time when the retail world has suffered enormously both from the impact of online shopping and the coronavirus pandemic, London Shopfronts emphasises the role that creativity can play in drawing people back to bricks-and-mortar stores. As Page writes in the introduction: “Shops remain the lifeblood of our city; squeezed by the virtual world, yes, and sometimes at the mercy of an area’s changing fortunes, but ultimately an enduring, beautiful expression of a dynamic capital and its rich history.” 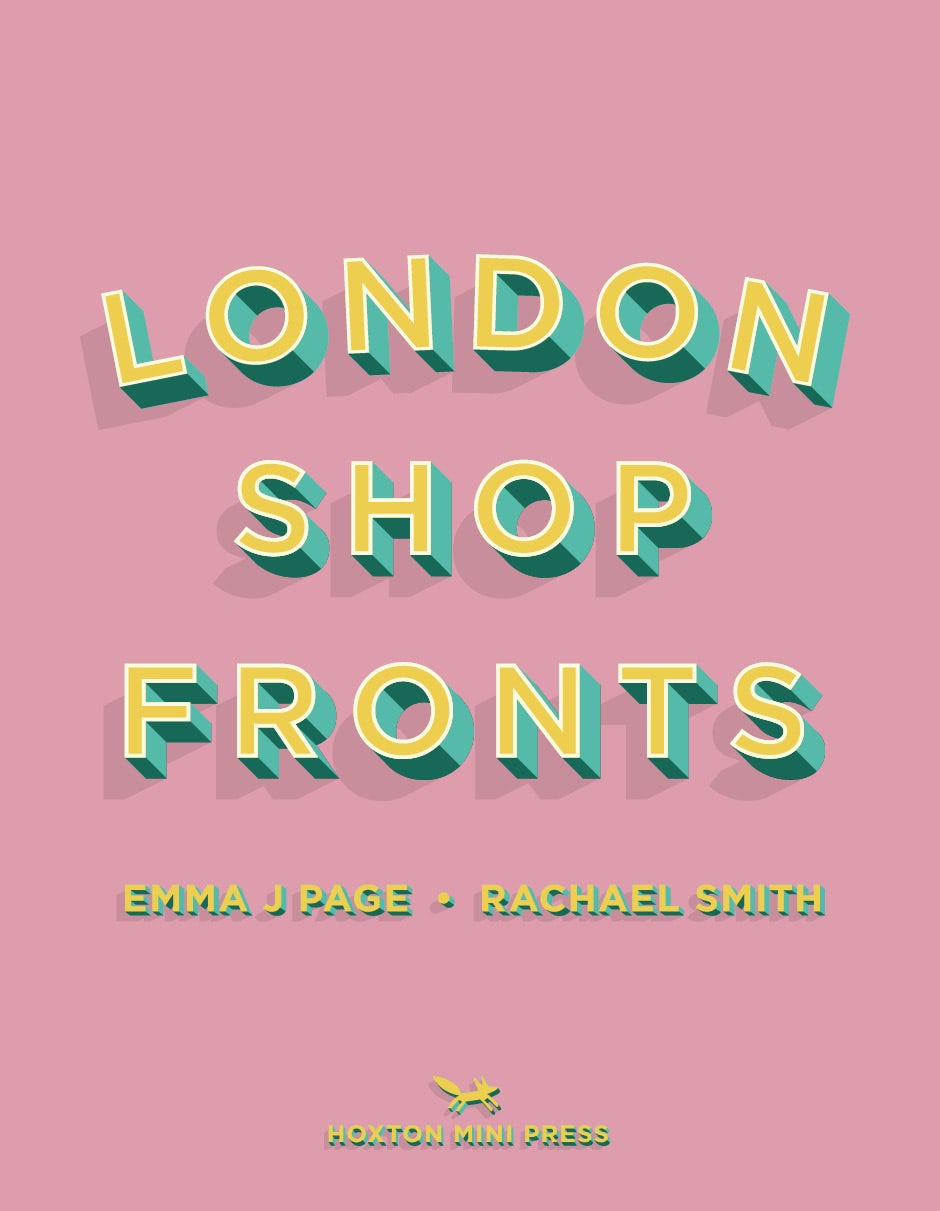