Long before the Tate Modern took over an abandoned power station building overlooking the River Thames at the turn of the millennium, Bankside had already established a reputation for itself as one of London’s most artistic districts.

Originally known as ‘Banksyde’ in the 16th century, the area’s location outside of the walls of the City of London lent itself well to the many theatres, brothels, gambling dens and taverns that set up shop there. 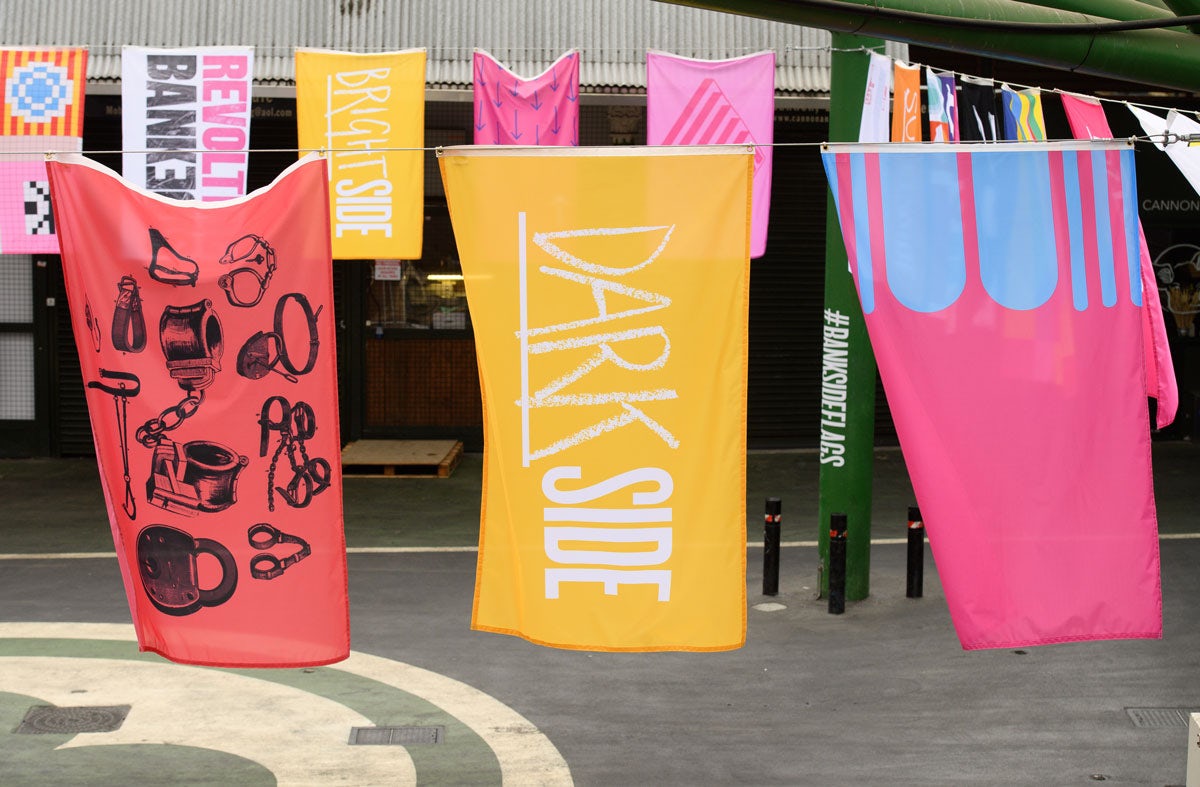 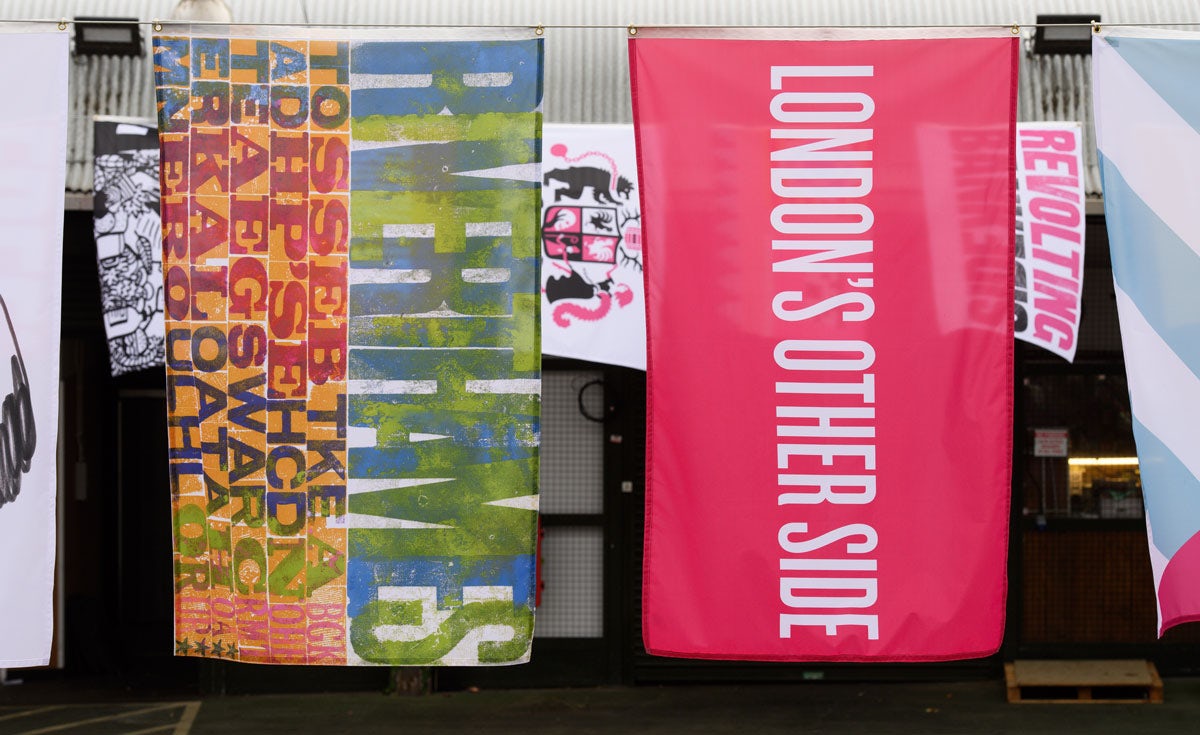 As part of LDF’s Bankside Design District, the flag project has been organised by the charity in collaboration with NB Studio, and includes work by Bankside and London-based creatives including Morag Myerscough, Alan Kitching and Alice Bowsher. 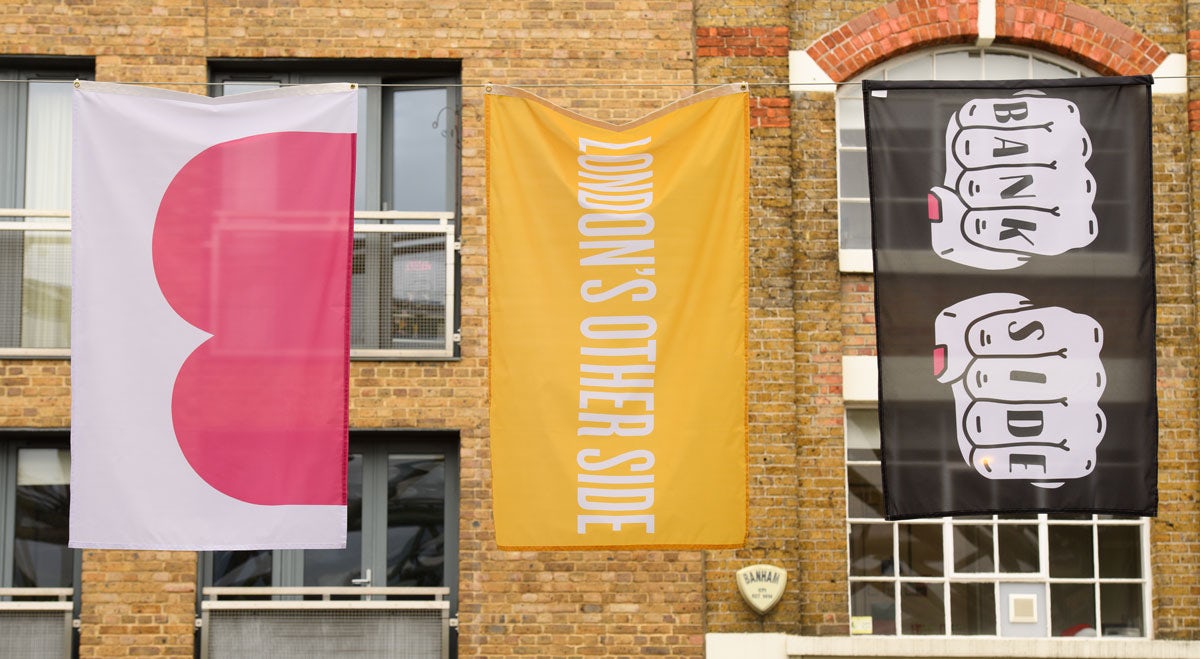 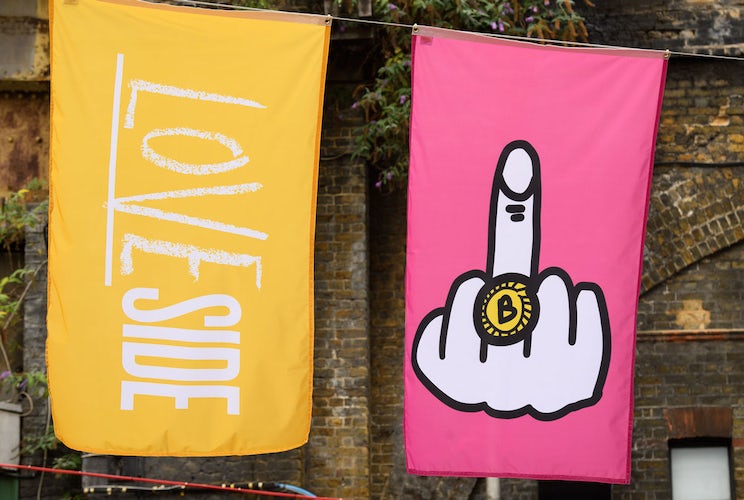 Selected from an 80-strong long list by NB Studio, the final 40 designs have been chosen to reflect a balance of different disciplines. The flags will hang at Borough Market’s Jubilee Place throughout LDF, before being auctioned to raise money for the local area.

“The brief to NB Studio was to help us visually express the story of Bankside and communicate the area’s sense of ‘otherness’,” says Better Bankside Deputy CEO Nicole Gordon.

“Given the rich and intriguing history of Bankside and its creative and chaotic spirit, NB came up with the idea of leading with a rebellious and provocative statement: a declaration of the independent state of Bankside. Making this statement with a flag feels particularly pertinent,” Gordon adds.