The kernels of Lossapardo’s hybrid creative practice were there from a young age. The Paris-based artist was always drawing as a child and he began playing piano early on in his life, too, while cartoons, anime and comics were also a steady presence growing up.

Having failed his entrance exams for art school in Paris, he decided to teach himself his craft, and knew little about painters or art when starting out. “At first I was mostly inspired by everyday scenes, pictures and movies I was watching.” Other people had pointed out that they saw connections to Edward Hopper in his work, so he went back and filled in the blanks: “I got into his work and really felt it.” Above all, though, he absorbs what he sees around him: “the people, the light, travelling, not specifically a painter or a movement”. 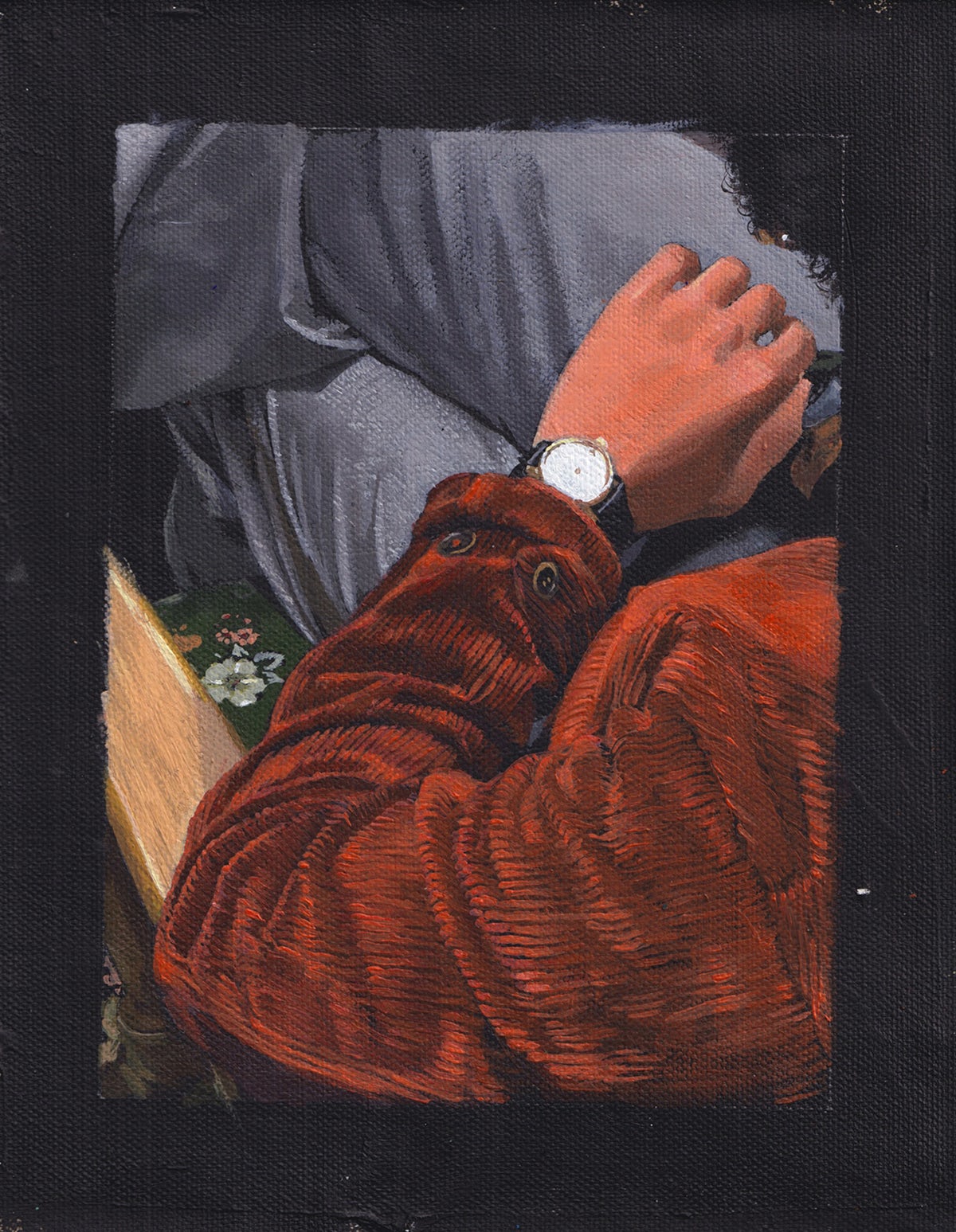 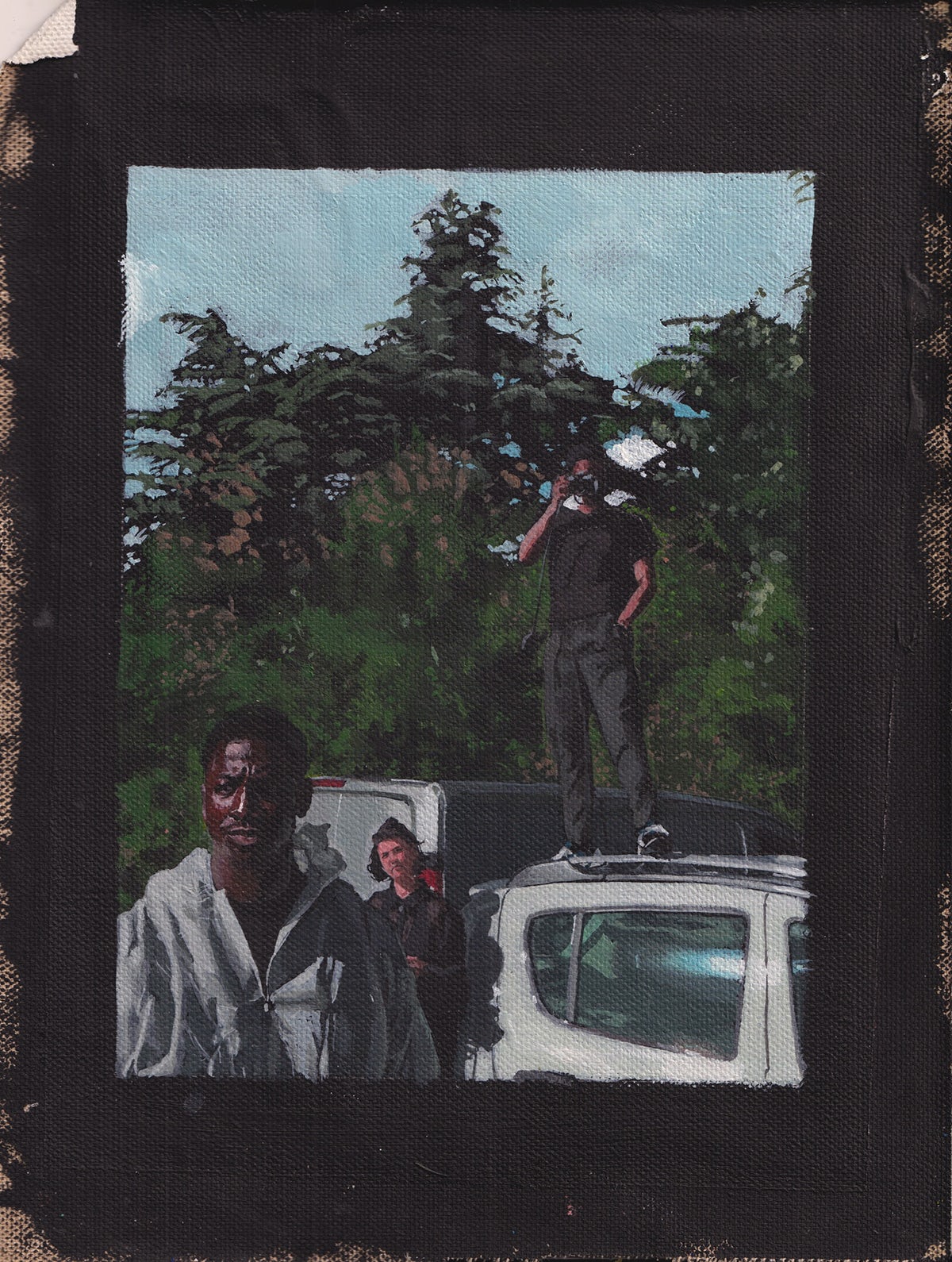 All of these disparate strands of his creativity would eventually converge in animation. “I wanted to bring the music and the painting together for a long time, and it seemed to be the answer,” he explains. “It’s a beautiful way to tell stories, and the handmade part of the process is the thing for me. The mistakes, the brushstrokes on each frame, you can feel that in its final form.”

His animation style is slow and subtle and his paintings also have a stillness, helped along by the recurring theme of sleep, or rather, sleeplessness. “My daily life is the fuel of my art,” he says. “I’ve experienced sleeplessness many times, enough for it to be something I wanted to speak about.” In one piece, captioned Sandman and I, a figure is perched on the edge of the bed, all shadows except for the glow of the table lamp. The painting appears as a frame in his animation Sleep (3am), which follows the fidgety rituals we go through on restless nights and was entirely animated, scored and mixed by Lossapardo.

Lossapardo’s paintings usually avoid groups of figures. Often there is just one person in his compositions, and even they may be obscured in some way – their expression hidden by shadows or cut off by framing devices, like in his album cover for music group Athletic Progression, where the band’s faces are only partially glimpsed in the rear-view mirror.

Oftentimes the people in his paintings are facing away from our gaze, their attention diverted by the world in front of them through doorways and windows, a repeated albeit unconscious symbol in his pieces. “As many things in my work, it didn’t start as something intentional. It was there once, then twice then it became a pattern and I had to find the meaning of it. The doors, the windows, these are objects that represent so much more. You can enter or leave a space through them, they also allowed the light to come through. I have this special bond with chairs too,” he says. It’s not something he can put it into words – it just makes sense to him.

Both of these motifs made it into his paintings commissioned by the New Yorker to accompany Chimamanda Ngozi Adichie’s personal essay and subsequent book. “It was a really moving note about grief, that became a year after a book translated in six languages. I feel so grateful about it, now my work can be found on the cover of a book in libraries in places I’ve never been to.”

His quietly poignant short film appeal for Alima, a medical NGO working in Sub-Saharan Africa, also deals with grief, but comes with an air of hope too. While that project in particular meant a lot to him, every commission he has taken on feels like a personal and creative milestone. “Many of these projects just showed things that I didn’t know were a possibility for me. [To] reach people from so many different places and them feeling something from my work is beautiful and beyond what I could imagine,” he says. 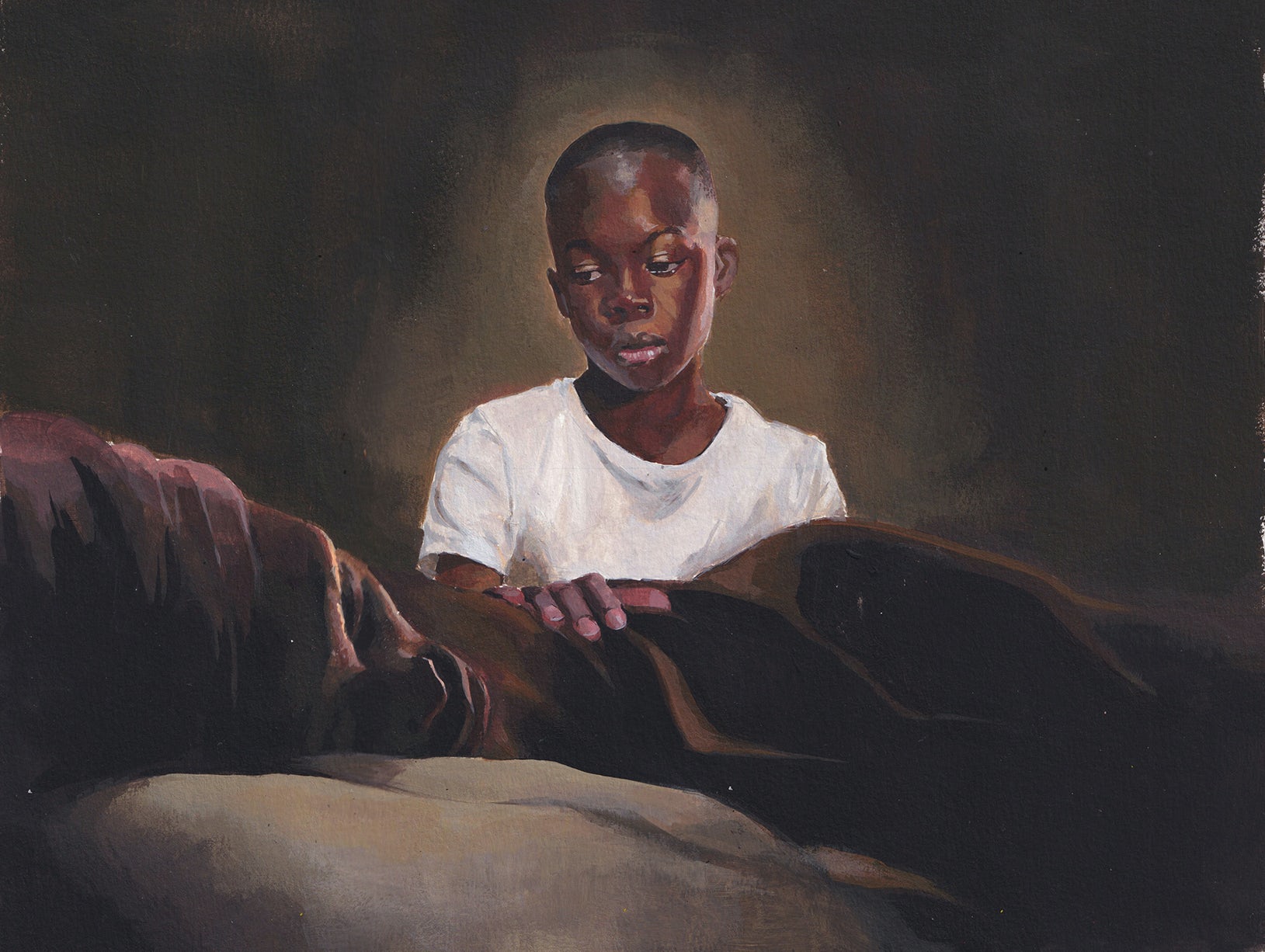 His informal route to an arts education is reflected in the abundance of process videos he freely shares with others on social media. “I find interest in how things are made,” he says. “I love to learn how people create stuff, how from an idea in the mind of someone an object becomes tangible. When I decided to share my work it made sense for me to also share the behind the scenes.

“In my opinion the process is as much or even more important than the result, and I cannot see one without the other. There’s beauty in both.” 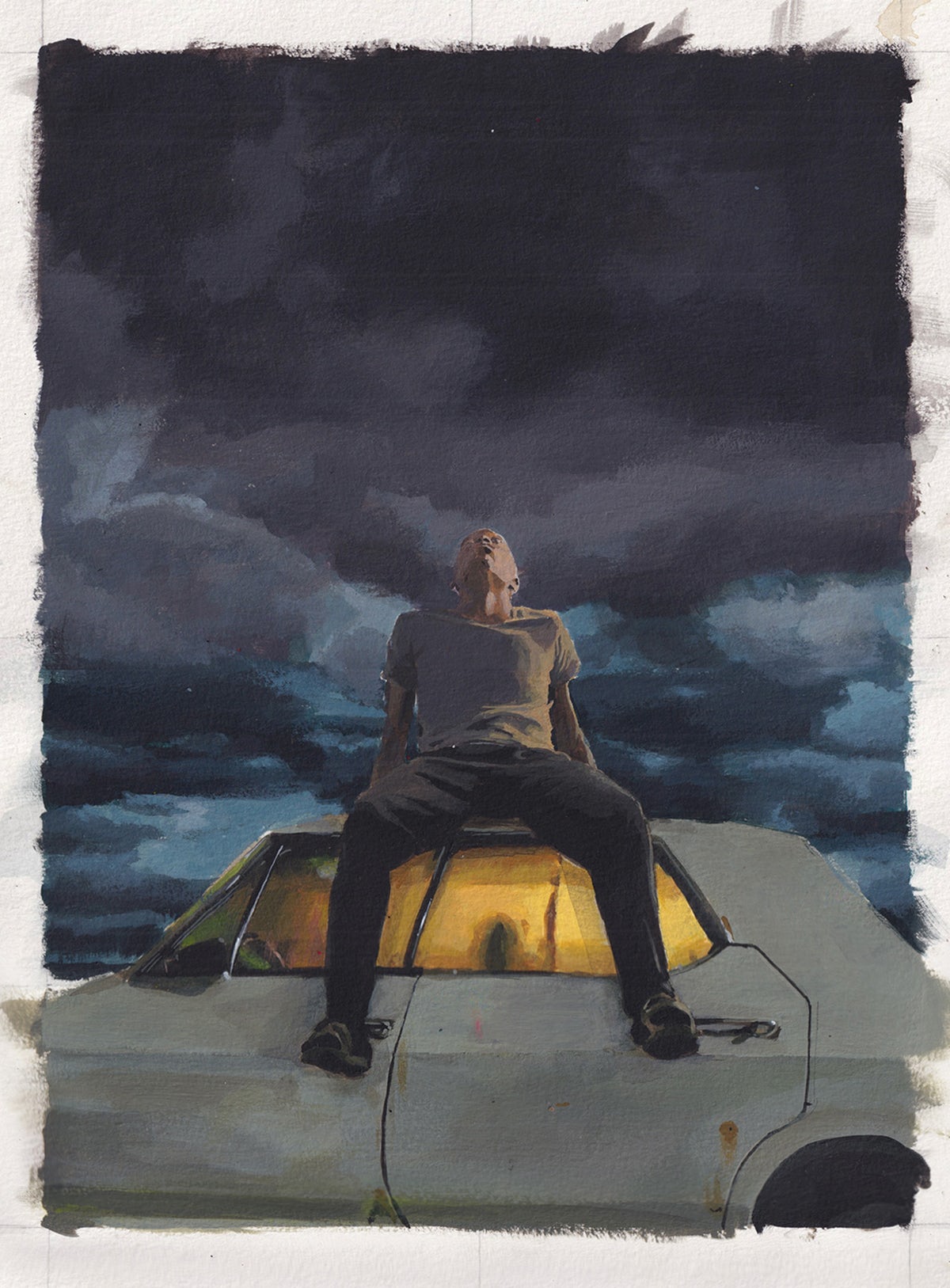 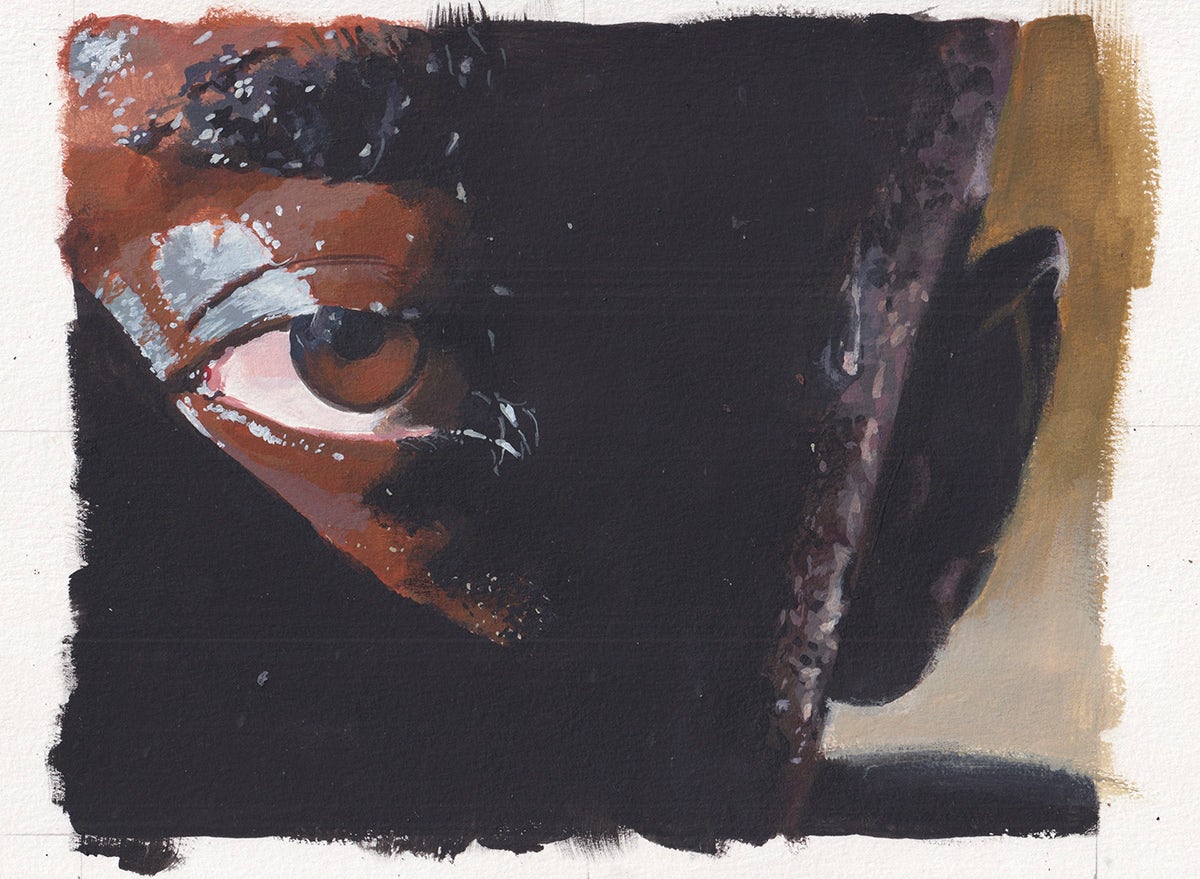 How can we get better at talking about money?