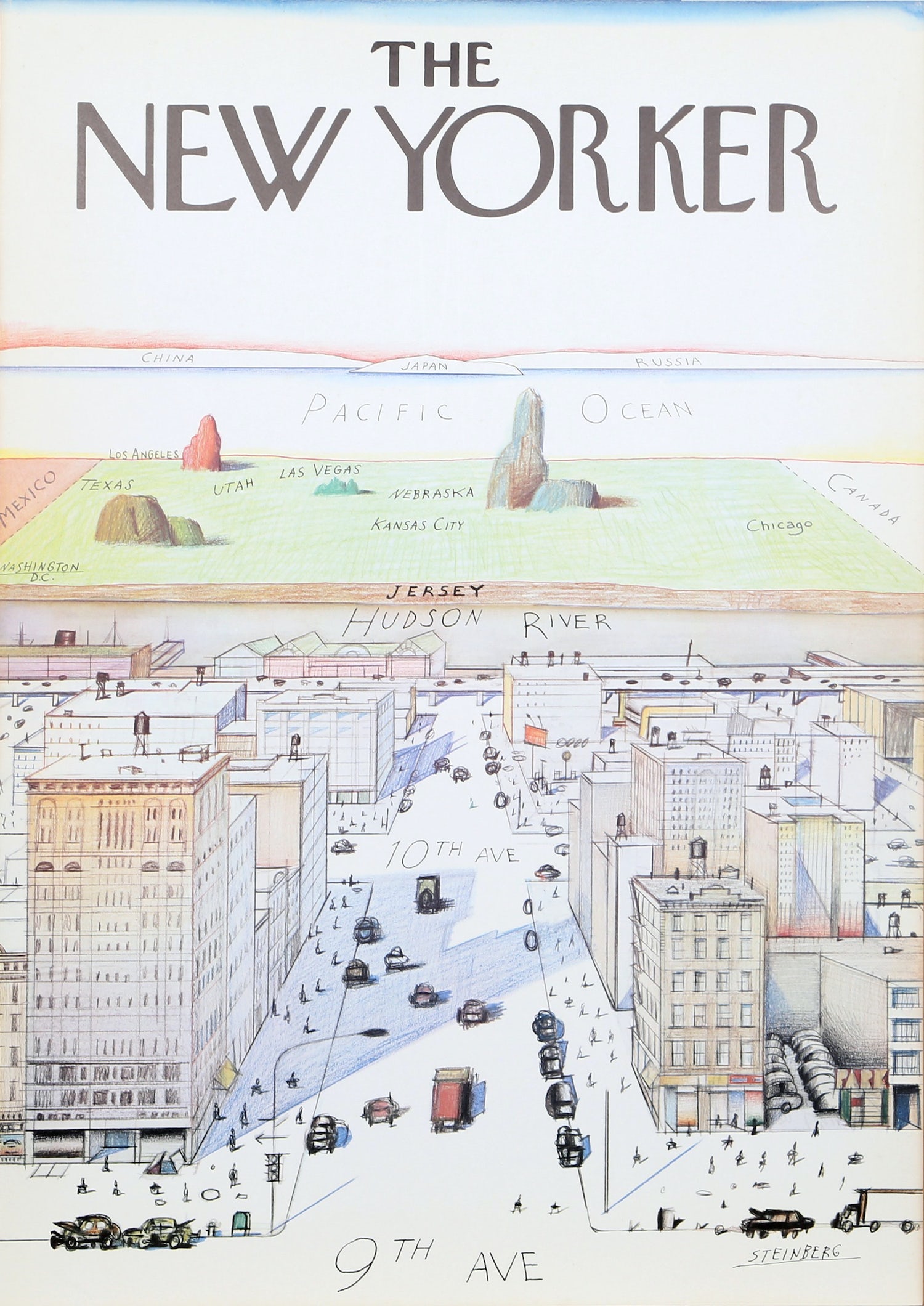 I’ve loved this illustration, View of the World from 9th Avenue by Saul Steinberg, ever since I was a 13-year-old comic geek thumbing through a second-hand copy of the New Yorker magazine. I was dreaming of a more exciting future.

I’m from a small town in Scotland only 20 miles outside of Edinburgh; and yet it felt like a cultural backwater. My curiosity in art was mainly fuelled by comics; I coveted them, buying them from used book shops and comic conventions. I don’t think I actually read the New Yorker but collected them primarily because I liked the pictures. My favourite images were by Saul Steinberg, R.O. Blechman and Jean Jacques Sempé.

Looking at this image I saw myself on the other side of the Pacific ocean, wishing I was on 9th Avenue. I didn’t realise it at the time but Steinberg was satirising the New Yorker’s particularly parochial view of the rest of the world; it was a familiar feeling.

I finally arrived in New York City in 1983 with a girlfriend. It was as rough as hell. We stayed in the YMCA and my first visit to a McDonald’s ended up in disaster as it was firebombed whilst I was ordering a cheeseburger. Surviving that, I still remember going to sleep with sirens shrieking, thinking this was just like the movies.

The following year I drove from the east to west coast and then returned to New York City by hitchhiking across 14 states. In a small town in Alabama I met an old Scotsman who was originally from my hometown; I was curious. “How did you end up here?” I asked him. He told me; “It doesn’t matter how far away you go from your village or where to, it’s the leaving in itself that’s the big deal.”

My trips to America inspired my first body of work at college and helped me to use personal experience and translate it into my own imagery.

I came to London in 1987 and have never left. It’s the city I call home. I am an illustrator, a title I didn’t know the meaning of, or for that matter even thought about as a profession when I was a teenager thumbing through all those comics and back issues of the New Yorker.