Afterwork is a film about Groompy the rabbit, who plays the lead in a popular cartoon series which has him performing perilous yet comical stunts every day. Away from work though, his life is full of monotony and sad meals for one, until one night when the carrot from his day job appears in front of him.

“In modern societies we set goals in our lives such as getting a job, buying a house etc. Sometimes we forget that these goals aren’t important per se, but useful in gaining a sense of security and stability to allow us to do the things that make us happy with the people we love,” explains director Luis Usón. “Groompy has forgotten everything that makes him happy and is just focused on that useless goal of work.”

The idea for the film came when Usón visited Disneyland with his wife and child, and they went into Mickey Mouse’s house. “At the end of the tour your child could take a photo with Mickey,” he says. “There were hundreds of kids in line and I couldn’t stop thinking about the poor guy dressed up as the beloved mouse, doing photo after photo for hours. Also I love Wile E. Coyote and I have always empathised with him – what if he was just doing a job, forced to chase something he’s never going to get?”

To differentiate between Groompy’s character in the cartoon, and Groompy in real life, Usón (along with co-director Andrés Aguilar) set episodes of the cartoon in 2D animation, and then rendered the film in 3D as the rabbit goes about his post-work routine. It creates a stark contrast between night and day but also highlights the repetition of both his work and life routines. 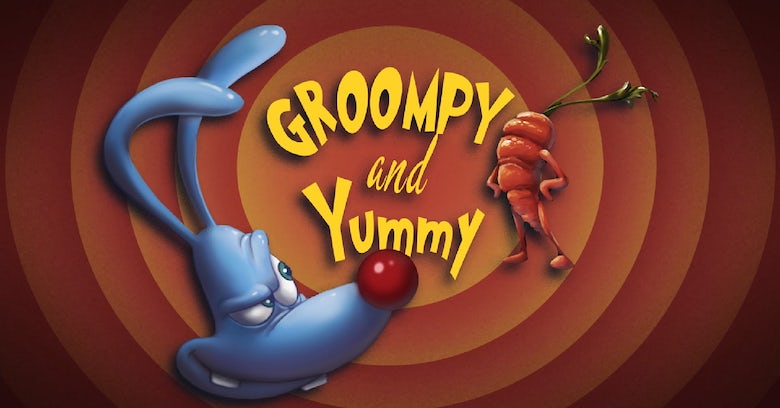 As well as the style of animation, there’s also a distinct difference in tone and colour palette between the two worlds, with the 2D environment adopting a similar aesthetic to Looney Tunes, which was a conscious choice by Usón. “It connects with the Wile E. Coyote reference and uses the trope of these nemesis cartoons in a neverending chase as a metaphor that everyone can understand,” he explains.

Working with production company Matte CG, the project took around two and a half years to create and this was partly due to the team wanting the highest quality possible. “Once we had set such a high level for the 3D parts of the film it was tough to achieve the same kind of quality on the 2D,” explains Usón. “We were thinking of using Flash animation to simplify the process, but we realised we needed to go full frame-by-frame animation. Also the production was split between three countries and two different time zones.” 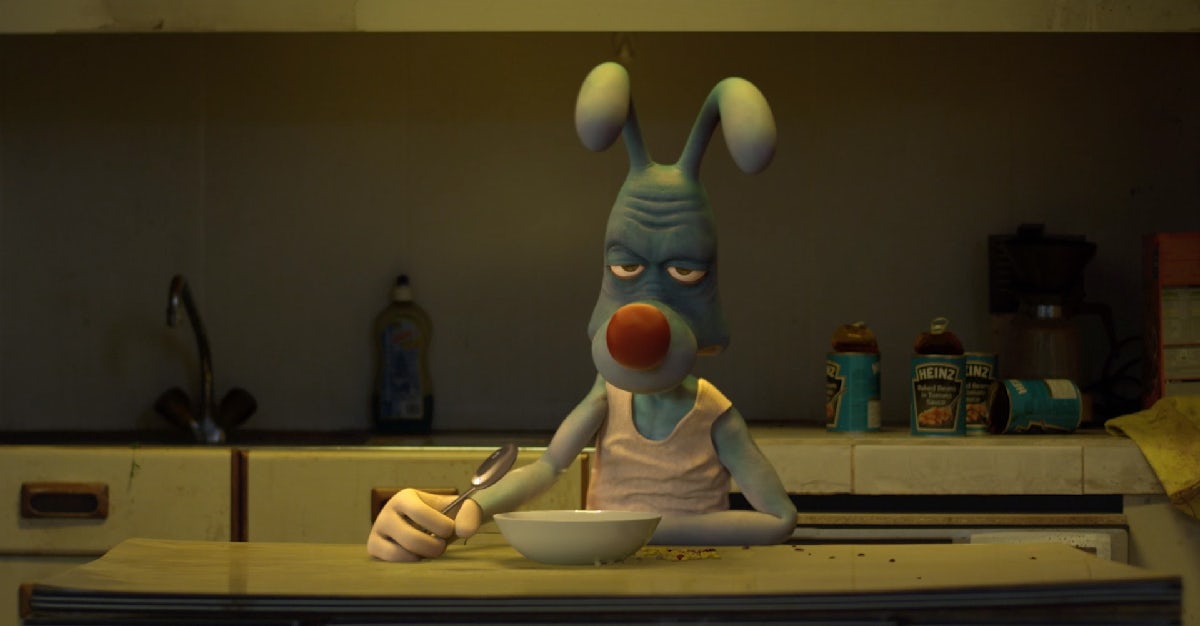 The ending of the film is cartoonishly bleak as not only does Yummy the carrot lead Groompy to his demise, but it also references past cartoon baddies via a filing cabinet with ‘Expired’ stamped across their files, including Sylvester the Cat, Elmer Fudd and of course Wile E. Coyote.

It’s an interesting take on the cartoon world, and it feels as though we’re getting an unseen peek at the real struggles of being the star of a cartoon. Beyond that though, Usón shows the effects of a life spent working and not living – while our carrot may look a little different to Groompy’s, perhaps sometimes we’re all chasing something that’s slightly out of reach. 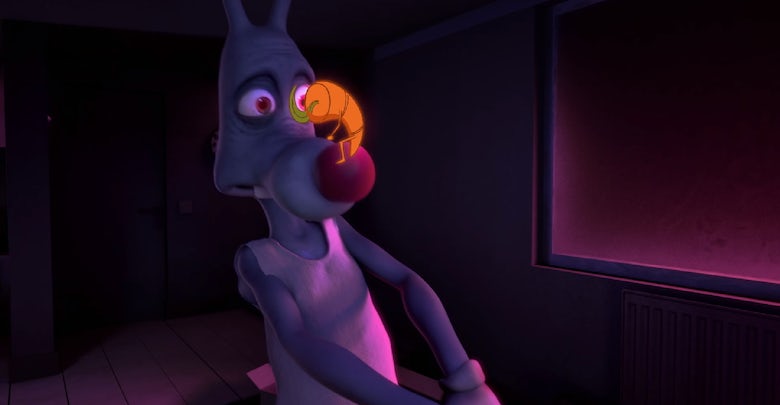