The new visual identity adopts Cavendish Yellow – according to Mailchimp the shade of “sunshine and optimism” – as its main colour, alongside a supporting palette that blends bright pink and green with more subdued colours. Cooper Light, which dates back to the 1920s, will now be used in all communication, apparently chosen for its sincere and trustworthy personality.

As well as dropping the capital C from its name, the company has replaced its hand-drawn word mark – last updated by Jessica Hische in 2013 – opting for a set of chunky sans serif letters created by Collins. 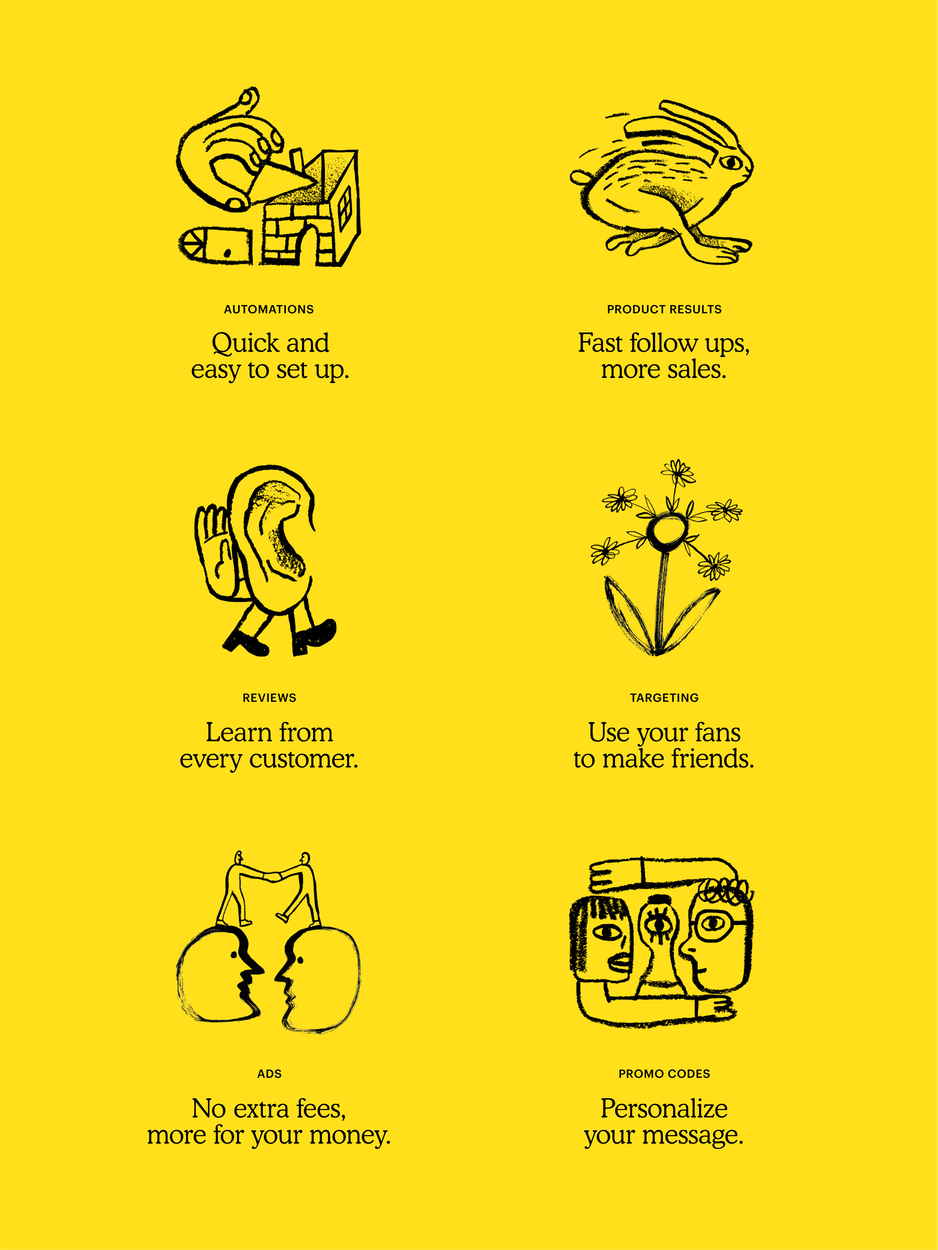 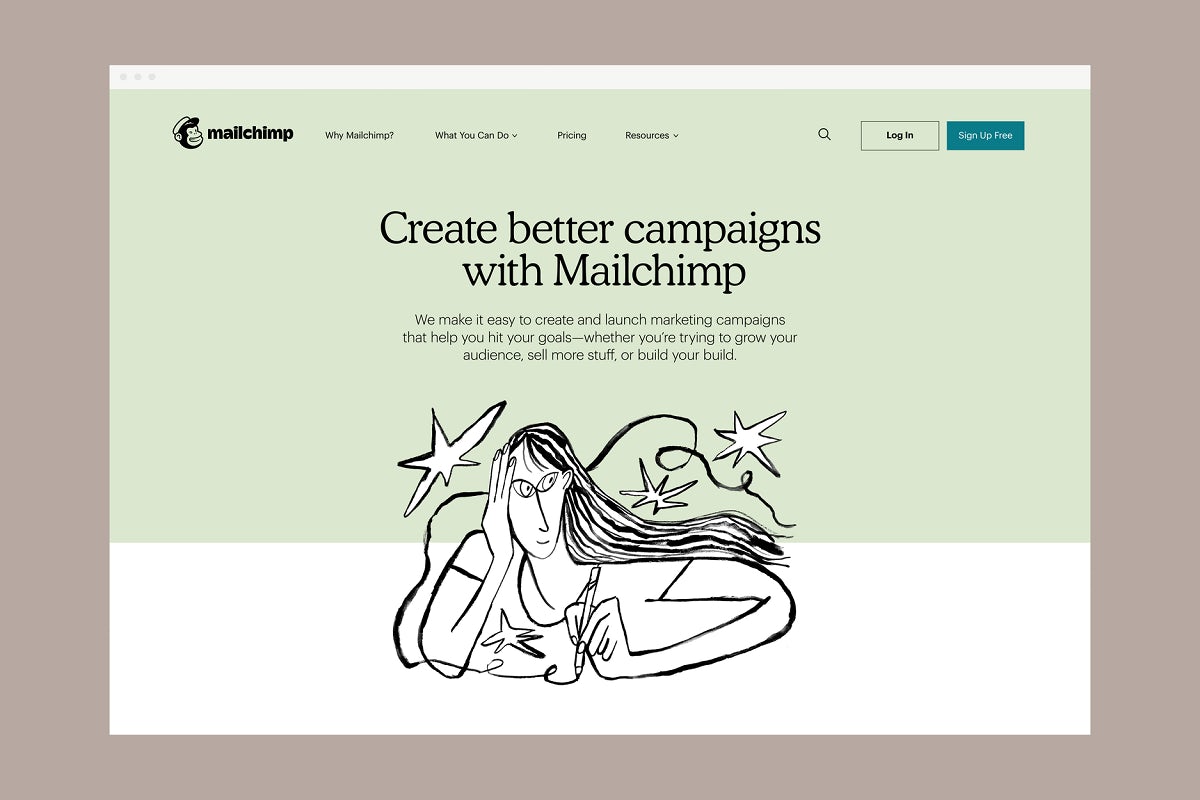 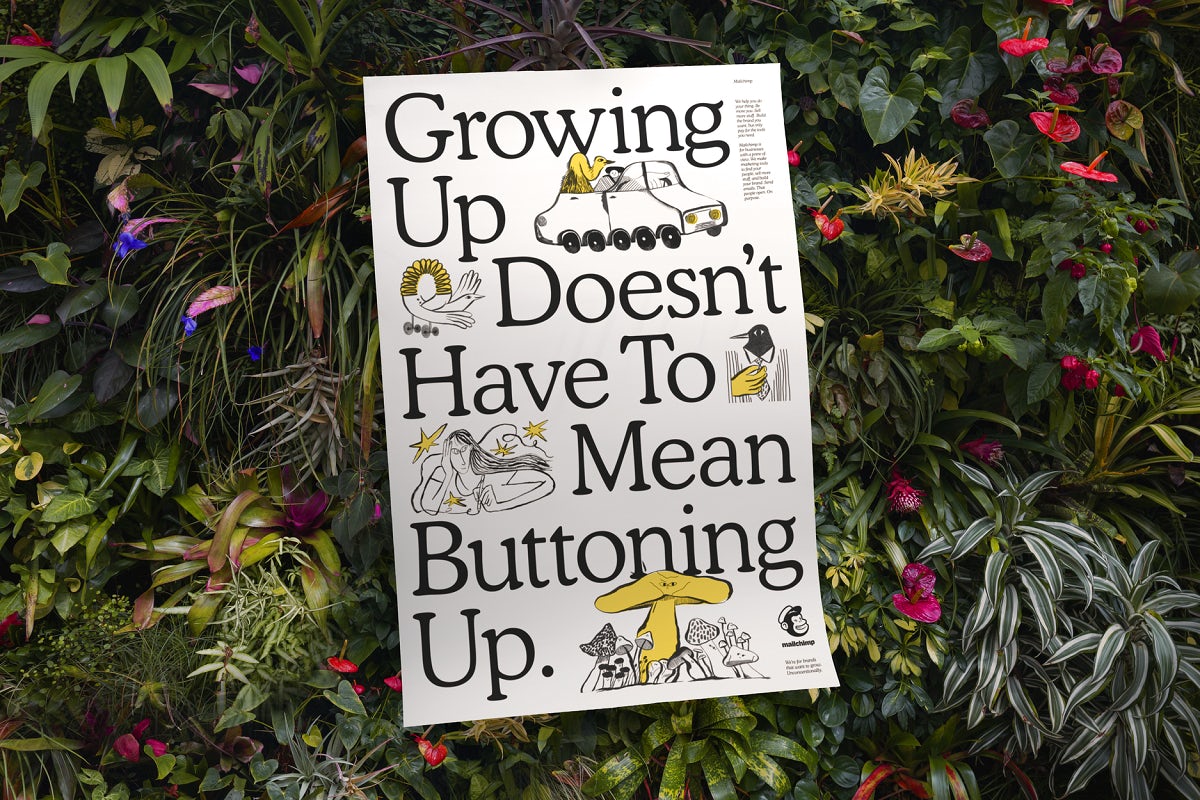 The rebrand shows no sign of dropping the company’s trademark sense of humour, and is accompanied by a series of playful illustrations and animations made by in-house artists, as well as commissioned illustrators.

It’s not an entirely new approach, and Mailchimp isn’t the only tech company trying to soften its image using illustration – last year, Dropbox worked with Collins to unveil a new identity that used hand-drawn imagery in a similar way.

That said, it’s interesting to see a growing brand hanging onto some of the fun of its startup years, and Mailchimp’s illustrations of birds wearing boots, and people in giant trousers certainly takes away some of the tedium of sending out marketing emails.