We are living in divisive times, where it is all too easy for people to choose anger and rash judgements over listening and attempting to get to grips with another’s point of view. In Google’s latest ad, the tech giant attempts to point out why asking questions about things we don’t understand – whether it be cultural differences or complex emotions – can lead to more unity.

To underline this, it has brought on board UK footballing star Marcus Rashford, who is rapidly becoming known as much for his activism and calls for change as his skills on the pitch, to star in the ad and provide a voiceover.

The spot sees young people using Google to ask questions about British identity and also addresses racism, featuring the Marcus Rashford mural in Manchester, which was defaced following the racist backlash against players after the Euros 2020 defeat. In addition, the spot is accompanied by posters showing Google searches such as ‘why do people take the knee?’

The campaign’s message about using the internet to seek facts and understanding is undoubtedly a worthy one, yet the ad glosses over the challenges that the web and social media – where misinformation and harsh judgements prevail – also present, and what Google and the other major tech organisations might be doing to remedy this. But perhaps that is a job for a future set of ads. 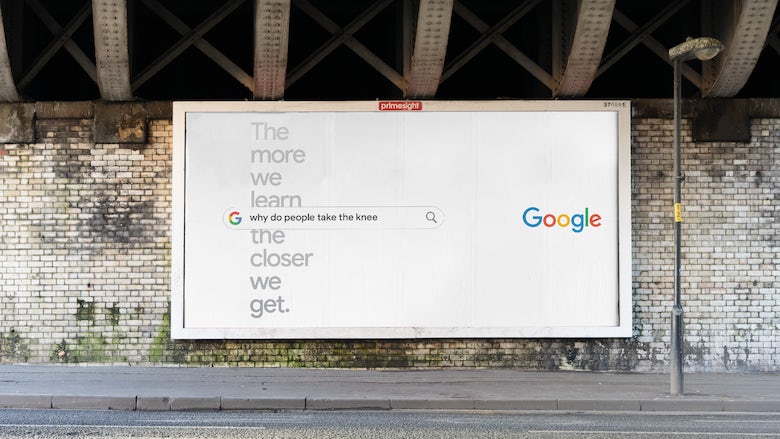 Lego releases new ads in its Rebuild the World campaign